Anyone who keeps up with the latest tech news is probably aware of Samsung Unpacked and the company’s new generation of foldable smartphones. Motorola is also rolling out a new foldable, and there are always rumors that Apple is exploring a foldable iPhone (though we think that’s unlikely in 2022). If you’re an early adopter who loves to get their hands on the newest tech, you’re probably dying to try out a futuristic foldable phone.

The problem is that the best folding smartphones are still pricey. Take the duo that Samsung just announced, the Galaxy Z Flip 4 and Z Fold 4. We can’t deny their cool factor, but their respective costs of $999.99 and $1,799.99 may cool your interest.

Instead of focusing on these new foldable phones, perhaps consider the next best alternative: looking at last year’s models. That’s because there are now substantial savings on the 2021 generation of folding smartphones from Samsung, Microsoft and Motorola. Not only can you finally experience flexible displays thanks to these not-quite-next-generation phones, but your pockets will also have leftover money.

The best deal going on right now for the Samsung Galaxy Z Flip 3 is the one that Best Buy is honoring. You can snag the 128GB version of the foldable for as low as $299.99 if activated on a post-paid plan. You can choose between activating it with AT&T or Verizon to get it for $300. If you’re activating it with Sprint or T-Mobile, the price will be $499.99. You’re still saving considerably, given that the newer Galaxy Z Flip 4 will easily set you back $999.99. 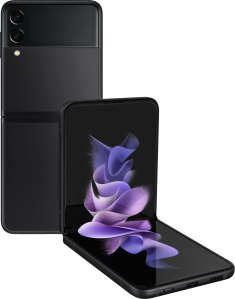 Best Buy is again offering a solid deal on last year’s model, with AT&T and Verizon customers offered that sub-$1,000 cost. Sprint and T-Mobile customers will have to pay just a smidgen more for the same model at $1,099.99. Whichever carrier you end up with, know that activation is required at checkout to get the savings. 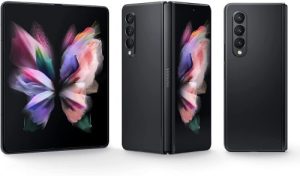 The Motorola RAZR has a long legacy, partly because of the fashion statement it made when the original phone was launched in the early 2000s. While the first-gen foldable was underwhelming, the company put a lot of effort behind the Motorola RAZR 5G (2nd Gen). Flaunting the aesthetics of what made the original such a hit, this new RAZR still has the allure to raise a few brows with its foldable display.

Best Buy and Motorola have the best deals for the Motorola RAZR 5G. Since these are unlocked models, you won’t need to deal with carrier activation. You’ll only need to fork over $799.99 to own it. That’s a savings of $600 that could go into other things. 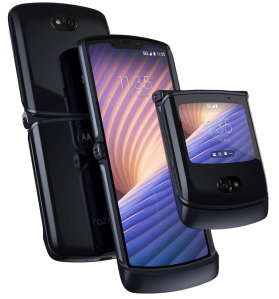 Depending on how much you love nostalgia, the Motorola RAZR (1st Gen) may be tempting enough to choose over its newer sibling. Right now, Motorola is making a sweet offer that shaves $1,000 off the first generation foldable — making it $499.99. You’re getting the model more faithful to the original’s design. 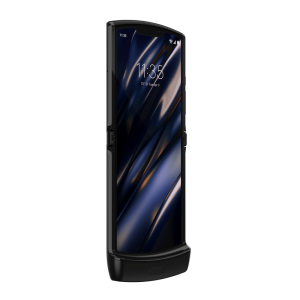 Technically still classified as a foldable despite it having two separate displays that come together, the Microsoft Surface Duo is the cheapest foldable smartphone you can buy.

Your destination is Amazon, where you can snag this two-screen wielding smartphone for $380. There are no commitments or carrier activations with this one.

This Android-powered foldable has plenty of utility, such as maximizing your productivity by having two apps side-by-side to one another. Sure, the camera’s not the best compared to other flagships, but it should suffice for the occasional social media post. 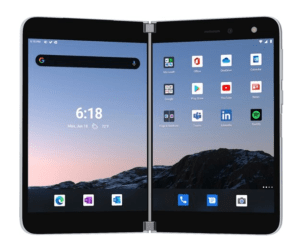 Everything Announced at Samsung Unpacked 2022