Aside from the obvious brand bias, one of the biggest factors that trended in favor of the iPhone 11 was the price. For virtually the same software, speeds and features as the Pixel 4, the standard iPhone model was noticeably cheaper. Fortunately for all you Android fans, this Black Friday deal is chipping away at a huge chunk of the Pixel’s asking price, making it significantly cheaper than buying a new iPhone. That’s right, during Black Friday and Cyber Monday you can grab the Pixel 4 or Pixel 4 XL for $200 off.

Sure, most people like to rant and rave about how awesome the iPhone 11 is, but the Pixel 4’s admittedly quieter fanbase might just be onto something: Aside from sporting an impressive display with a start-of-the-art operating system and easily one of the best cameras on the block (Google has been promoting this smartphone with the phrase, “Capture the cosmos”), the Pixel 4 comes with a range of new features, including a new radar chip for faster facial recognition, motion sensor controls, and a stellar new astrophotography mode that actually lets you take photos of the stars.

The latest iPhone model may have upped the ante in the photo department, but unlike the 11, the Pixel 4 can actually capture the night sky in all its beauty. And then there’s Pixel’s updated Portrait Mode, which makes it easier than ever to take the perfect picture. And if you’re already familiar with most Google’s app features, the Pixel 4 should feel like second nature. 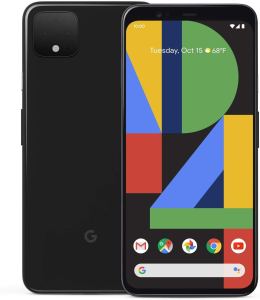 Whether you’ve only recently considering switching over to Android land or are looking for a new phone that can do everything you want and more, this Pixel 4 deal won’t last long. Both the standard and XL models are $200 off (the Pixel 4 is now $599 and the Pixel 4XL $699), and both phones come factory unlocked — meaning you can instantly use them with any mobile carrier — and come with 64GB for spacious storage.

For Cyber Monday shoppers who need a powerful new smartphone, this Google-backed phone is a great choice. This Cyber Monday, save $200 on the Google Pixel 4 on Amazon.