According to pretty much all the major phone carriers, 5G is here. What they don’t tell you is, it’s not, really here. There’s no reason to run to your nearest Best Buy or Apple Store to dump your legacy iPhone 11 Pro for a 5G phone. Trust us, that isn’t going to do you any good.

So, what’s the real story with 5G? We’ll break down this complicated topic piece by piece. In the following article, we’ll outline what 5G is, how it works, what it can do and how you can access it. And best of all, we do it in terms that don’t require a master’s in engineering to understand. 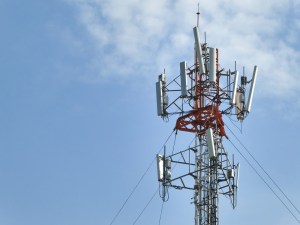 The term 5G literally stands for 5th generation wireless technology (pertaining to digital cellular networks). 5G will bring along with it faster download speeds (download that Netflix movie in a couple of seconds), and lower latency (the time it takes for a signal to go from one place to another). Ultimately, we’re talking about sending a lot of data at ludicrous speeds.

Although 5G is technically available, it’s best to think of it like the early days of 4K TVs. Cool, you bought a 4K TV, but unless you felt like watching Chappie on repeat, there really wasn’t much 4K content to take advantage of. 5G is in that similar situation right now — it’s going to take a couple years before both phones and cell towers can take advantage of the tech. But when they finally do, 5G can potentially open the door to a wide range of technological advancements, but we’ll get to that later.

How Does 5G Work? 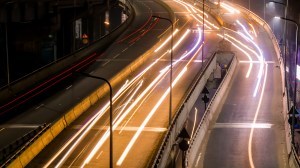 If you’re worried that the rise of 5G will render your 4G phones obsolete, don’t. Right now, 5G is considered “non-standalone,” meaning it actually relies on a 4G connection before it switches, upgrades, or connects to 5G. Keep in mind you’ll need a new, 5G enabled smartphone to connect to a 5G, so when the time comes, you will need an upgrade.

Currently 5G works on three separate bands: low, mid and high. The best way to think of this is to picture highways and freeways. As opposed to 4G, the 5G system can technically be 30% faster than 4G. This is because 5G channels are much larger (think a six lane freeway compared to a two lane highway). More room allows for more data to flow through at faster speeds.

Low-band 5G is like your freeway that stretches from LA to New York. It’s all good and great until there is a ton of traffic, then nobody is going anywhere. Low-band is currently being used by 4G and provides plenty of coverage, but it’s slow.

Mid-band 5G is like your toll highway. It provides a faster way to get to where you’re going (faster speeds and lower latency), but you have to pay. And in the case of 5G, you pay for it in its poor ability to penetrate buildings, something the low-band spectrum is much better at. A mix of low and mid band frequencies could be potentially great for rural areas to receive fast and full coverage, but more on that later.

High-band 5G is like the Autobahn, but if it the Autobahn had 15 lanes. It’s extremely fast, and plenty of room for heavy traffic. The only problem is high-band 5G can only go short distances — we’re talking less than a mile — hence, the need for multiple cell towers, or small cells around metropolitan areas. This is the spectrum that many of the major carriers (AT&T, T-Mobile and Verizon) are attempting to fully utilize.

What Should We Expect From 5G? 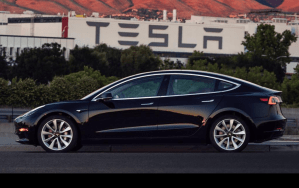 5G could make for a lot of exciting advancements in modern technology. The first thing to really change is our personal internet coverage (remember the Autobahn with 15 lanes?). That could essentially be offered to each and every home without having to tear apart every street in America to bury fiber optic cables. By providing this data wirelessly, it could give the Americans far more speed for the average 14.7 devices connected in every household.

Outside of the home, major medical advancements and self-driving cars could also start to make the next leap forward. There are a lot of really incredible ideas on the table, from physical therapy through VR to smart roads that communicate with driverless cars (iRobot anybody?). These advancements need a gargantuan amount of data transferred and interpreted almost instantaneously to work, especially when we’re talking about cars communicating with other cars and robots helping with surgeries. By increasing data transfer, 5G could take these ideas and turn them into functioning inventions.

Also, if you’re wondering if 5G causes cancer, the answer is no. There is no medical evidence to backup the idea that 5G has harmful effects on a person’s health.

We could see some really impressive and world-altering technology movements towards the latter end of this decade, as 5G becomes more prevalent and fully fleshed out. 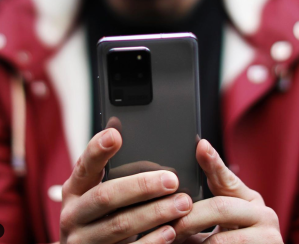 It’s worth nothing that 5G couldn’t be coming at a better time. 4G LTE coverage has started to hit its capacity in some major cities. People have been experiencing slowdowns because there simply isn’t enough capacity (freeway lanes) for the amount of traffic on the broadband. That’s why 5G is already available in select cities and areas.

There are two thing to keep in mind right now about current 5G. First, 5G will not act the same from one location to another. Carriers have different roll out strategies, (T-Mobile and Sprint are rolling out a combination of low- and mid-band 5G while Verizon is beginning to roll out its high-spectrum offerings). And lastly, you’ll need a 5G enabled phone to take advantage of 5G.

Now that you’re all-in on 5G, it’s time to get a 5G-enabled phone. But if you’re a die-hard Apple person, you’re out of luck (for now). Although there are rumors that the iPhone 12 will be 5G enabled, for right now, only a handful of options including the Samsung Galaxy S10 5G, Samsung S20 Ultra. OnePlus 7 Pro 5G, can actually take advantage of 5G.

If you want to take advantage of 5G right away, take a look at our list of phones below. 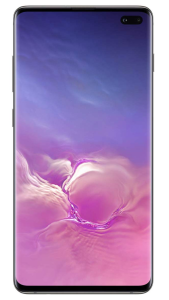 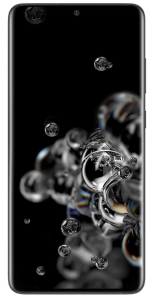 History Repeats Itself — Flip Phones Are Officially a Thing Again