Instead of charging your apple devices on multiple chargers, Boy Genius Report has found a super tiny charger that allows you to charge both your iPhone and Apple Watch simultaneously. Find out more from BGR and shop below:

From BGR:
Wouldn’t it be great if Apple’s entire product line used a single connector for charging, instead of four or five different types of chargers? But alas, the day of the unified Apple charger might never arrive. In the meantime, there are some things that you can do to cut down on the number of chargers you need to carry with you, and picking up an IQIYI Apple Watch and iPhone Charger is one of them. In a single portable power pack, you get a USB port for your iPhone charging cable as well as a built-in wireless charging disc for the Apple Watch. Plus it packs in a large 2,100 mAh so it can fully recharge both your devices and then some before it needs to be recharged itself. 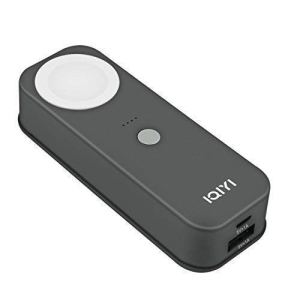 With its lightweight and compact design, you can slip this tiny charger in your purse or pocket and have it ready no matter if you’re at work, running errands or traveling.