We recently rounded-up the best non-iPhones for photographers, but since it’s the 10th anniversary of Apple’s game-changing device, it seemed worthwhile to examine how the iPhone’s camera technology has developed over the past decade. Check out what Boy Genius Report has to say and shop the iPhone 7 Unlocked below.

From BGR:
With the iPhone’s 10th anniversary being celebrated this week, we thought it would be a good time to sit back and reminisce about the myriad of ways in which Apple’s iconic device has changed the way we live. At a base level, the iPhone has had a profound impact on how individuals communicate with one another and the world at large. More specifically, one area that the iPhone helped revolutionize quite drastically is mobile photography. Today, the quality of photos one can take with an iPhone is simply astounding. Coupled with a seemingly endless selection of editing tools, the iPhone has become a bona-fide camera replacement for many non-professional users. 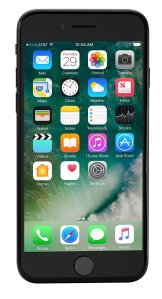 Going back in time, the camera on the original iPhone was rather paltry and featured a pedestrian 2 megapixel shooter on the back. Before long, however, Apple began devoting more and more resources towards its iPhone camera engineering team. Over time, photo quality on the iPhone began to improve drastically. One particularly notable release was the iPhone 4 which saw Apple roll out a 5 megapixel sensor alongside a new LED flash module. Subsequent releases saw the iPhone feature a larger aperture, improved low-light performance, better color balancing, a burst-mode option and many more features designed to improve performance and photo quality.

With the iPhone 7 Plus, Apple took iPhone photography to the next level with the incorporation of an advanced dual-camera sensor. Looking ahead, it stands to reason that the upcoming iPhone 8 will take mobile photography to even greater heights. In the meantime, you might want to take a few minutes and have a look how drastically the iPhone camera has evolved over the last 10 years. That said, the following video from EverythingApplePro highlights how camera quality on the iPhone has improved, starting with the original iPhone all the way up to last year’s iPhone 7.

This article is being republished with the permission of BGR. To read the original version, click here. If you buy something because we told you about it, we may receive compensation from retail partners.