The Motorola Razr is a familiar name, but don’t mistake it for the flip phones of old. The new Razr is a different beast altogether, and thanks to Engadget, we have a better idea of what to expect from the latest version.

In a way, it’s still a flip phone (if you can call a folding phone that). Where the last generation lacked the hardware to compete with higher-end devices, the 2022 Razr comes equipped with a Snapdragon 8+ Gen 1 processor, a new design and camera, and even a better hinge. For a variety of reasons, the 2020 Motorola Razr was never a serious contender as a flagship phone, but the new Motorola foldable shows promise.

The new smartphone was unveiled immediately following Samsung Unpacked, and if the new Razr lives up to the hype, Samsung may finally have a serious competitor in the U.S. foldable market, which would be great news for consumers.

What We Love About The Motorola Razr 2022

Let’s start with the design. This phone is just pleasing to look at; there’s something about a folding phone that tickles the imagination and makes you think, “The future really is here.” It now comes with two rear cameras, and forgoes the camera cutout in favor of a punch hole camera, similar to the OnePlus Nord CE 2. 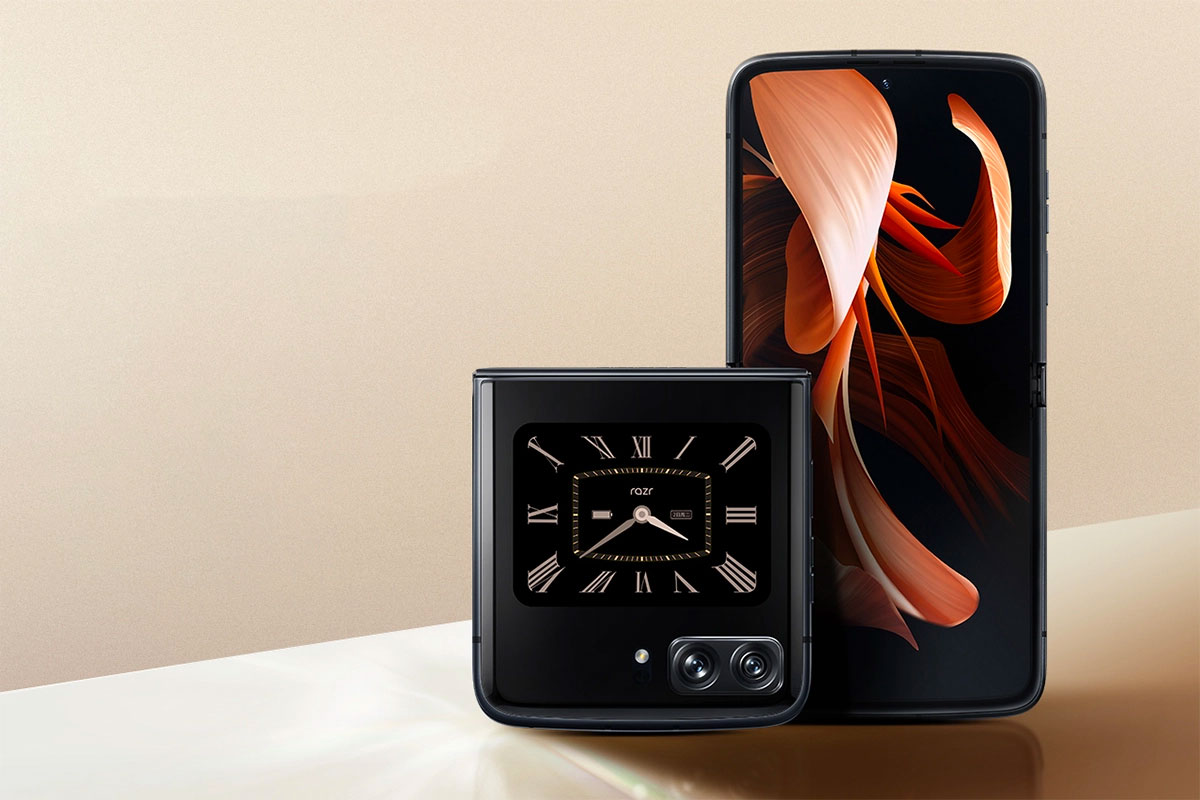 The battery life is also improved, with a 3,500mAh battery versus the previous generations’ 2,800mAh battery. More RAM and storage choices further the utility of the phone (with up to 12GB of RAM and up to 512GB of storage), while a secondary display can display more minor, but still important, notifications.

For gamers and streamers, the Razr will have a 144hz display, which is better than many monitors and TVs.

The new hinge is a third-gen “Star Trail.” While it sounds fancy, it basically means that it creates a more seamless open and close function, with less of a crease when the phone is shut. It is tough enough to remain open at any angle, though, allowing you to position the Razr however you want.

And for any budding photographers out there, the 50-megapixel main camera will let you snag the perfect shot, especially if you pair it with the 13-megapixel ultra-wide. The front camera is also 32-megapixels for better selfies and video chats.