No one likes a low battery warning, especially if you’re nowhere near a charging port. And power banks can help, but not if they’re dead, too. This Solar Power Bank from Mregb holds up to 42,800 mAh of power and comes with an external battery pack and a portable solar charger, all for just $30.

To put that in perspective, you can charge an iPhone 13 almost 8.5 times off this power bank at full capacity. That’s a whole lot of Candy Crush. The power bank is $50 off its normal price right now, so act fast before it’s gone.

This power bank could prove to be a godsend for campers or anyone worried about the power grid going down. With extreme weather events becoming more common and record heat waves putting city electrical grids under stress, we’ve been writing a lot more about power stations, emergency kits and solar chargers like this. If you don’t want to worry about losing power in an emergency, then power up with this Amazon deal-of-the-day: 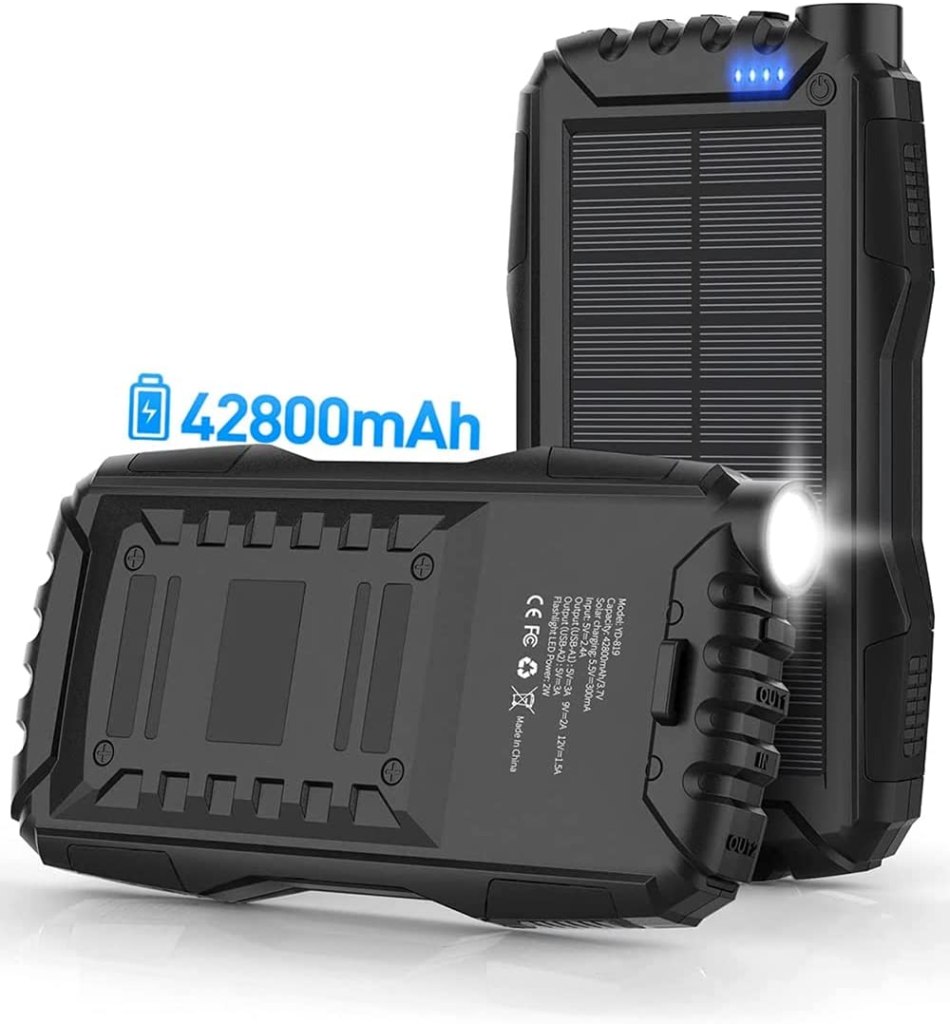 Why The Mregb Solar Power Bank Is a Great Deal

Obviously, the main appeal here is the capacity. 42,800mAh is a massive amount of charge, and it uses higher-capacity batteries to maintain this level without adding much extra weight. After all, no one wants a battery pack that weighs as much as a Tesla battery. However, it’s worth highlighting the great value offered by this power bank:

The power bank itself is IP67 weather-resistant, so it can keep you going even in bad weather conditions. It’s also drop-proof, so even the clumsiest among you can use it without worry. It also has more than 1,600 charging cycles (in other words, around 68,480,000mAh of charge in total).

There’s also a built-in 680 lumen flashlight that can work for up to 100 hours on a single charge for those times when you need to plug something in during the night.

The solar charger is compatible with all USB devices and has two output ports. The charger also supports fast charging protocols, too!

All that said, this power bank is designed for use outdoors. It’s a great companion for a camping trip where you want to keep your devices charged, and even if you use a lot of its stored charge you can just place it out in the sunlight and let the solar panels do their job. According to users, it takes about two days of sunlight to fully recharge the device.

It offers a tremendous amount of value for just $30, which makes this one deal you don’t want to let slip by.

The Best Portable Chargers and Power Banks You Can Buy