Mobile World Congress 2022 has finally come to an end. While the trade show has primarily been a mobile affair in the past, we saw more across the broader consumer tech space. That includes not only smartphones and various mobile-related gadgets but also laptops, desktops, tablets, and other accessories.

Of course, Mobile World Congress provides manufacturers big and small with a platform to showcase products we anticipate will release relatively soon. Names such as Lenovo, TCL and Samsung are well known to U.S. consumers, but consumers should note so many other noteworthy brands in the mobile space.

Now that many of these gadgets have officially been announced, we’ll go down the list to let you know about the coolest tech gadgets we can’t wait to own. Some of these we even got a chance to test out, making us all the more excited for their eventual release dates.

After sitting down and handling it for a bit, we’re very inclined to call it the best alternative to the M1-powered Apple MacBook Air. That’s because the Lenovo ThinkPad X13s blends the iconic ThinkPad look with an ultra-thin design complete with a recycled magnesium cover that screams premium.

It’s also notable for being rated for upwards of 28 hours of battery life, courtesy of Qualcomm’s Snapdragon 8cx Gen 3 Compute Platform. This new ARM-based processor is no slouch either, as it’s engineered to compete with the best processors on the market. Think of it as a hybrid, one that combines the performance of a high-end laptop and the all-day battery life of a tablet.

We can go on and on about why we love the Lenovo ThinkPad X13s, but luckily it’ll be out soon enough. 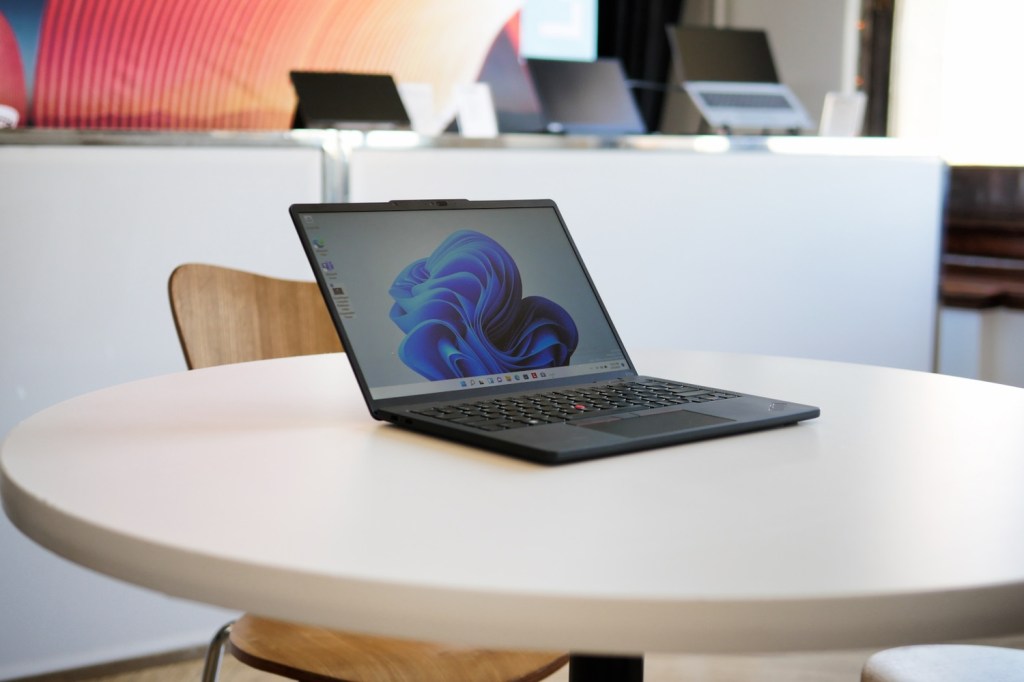 Smartphones have always been the cornerstone of MWC, especially when revealing flagship models that will no doubt dominate the landscape for the first half of the year. While it was teased earlier during CES 2022 and attached with a China release, the OnePlus 10 Pro is officially coming to the U.S. by the end of March.

Everything about this smartphone feels like a flagship phone. Take its triple-camera setup, for example, which features your standard wide and telephoto lenses, but now also packs an ultra-wide 150-degree field of view camera. Currently, that’s the widest camera in a smartphone, so you’ll be able to cram a lot of people into a shot without having to move back.

Adding more weight under its belt is the fact that it’s powered by Qualcomm’s Snapdragon 8 Gen 1 Mobile Platform paired with up to 12 G.B. of RAM and 256GB of internal storage. When it comes to flagships, the OnePlus 10 Pro lives up to that categorization, and it’s a solid contender for the first half of the year — much like how the Samsung Galaxy S22 Ultra has already become the benchmark to beat. 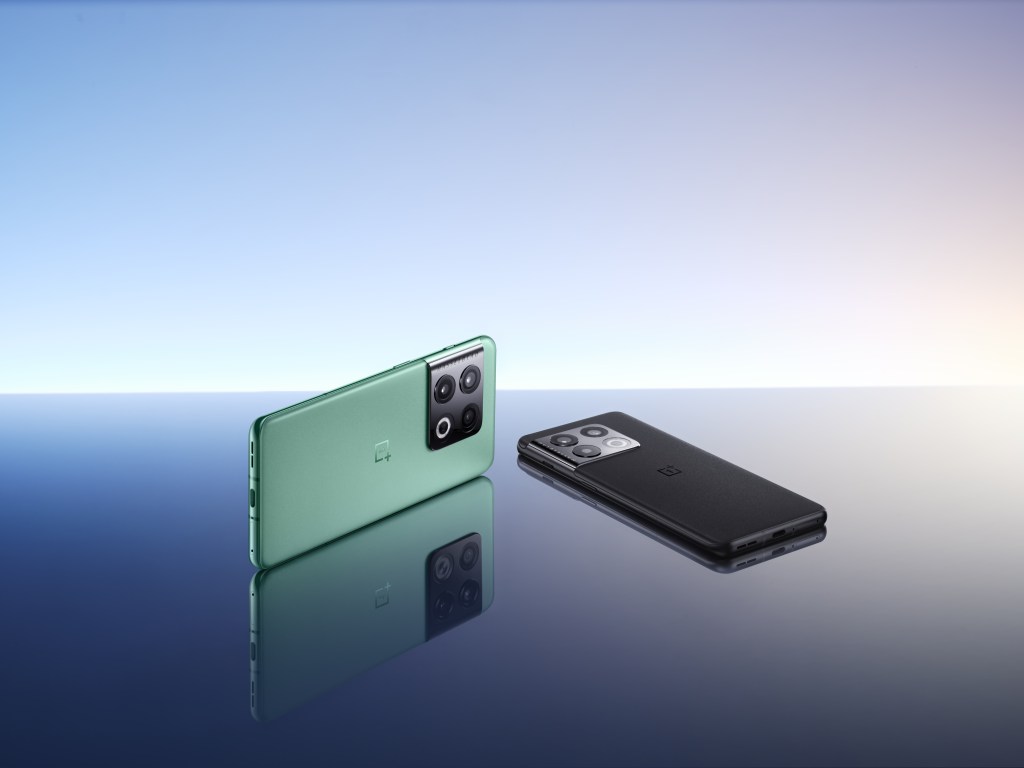 Honor’s a brand that’s been in circulation in the U.S. for some time now, but it has rarely ever ventured out to the ultra-premium space. At MWC 2022, the Honor Magic 4 Pro is looking to shatter that barrier once and for all because it’s a superphone in every way imaginable.

We’re talking about an iPhone 13 Pro Max or Galaxy S22 Ultra-grade smartphone. One cursory look is evidence of that, just because it’s rocking a stylish symmetrical design that actually has an attractive-looking camera system in the back. Also notable is that it features 100W wired and wireless charging, meaning you can fully recharge it in 30 minutes through wired charging.

Despite a global announcement during MWC 2022, the company hasn’t detailed exactly whether or not it’ll make its way stateside. At the very least, it will start in various markets across Europe and Asia. But don’t count out a possible release in the U.S. down the line. 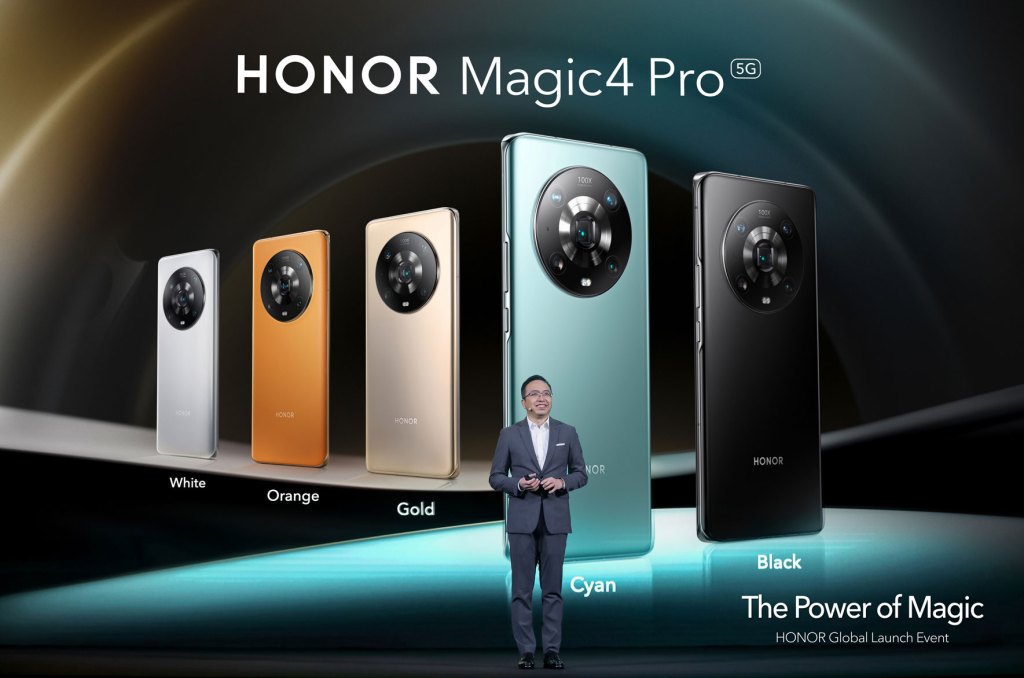 TCL’s known for making extraordinary smart TVs, but the company is showing us all that it’s an expert in crafting displays in general with its new tablet. On paper, the specs sheet isn’t groundbreaking with the Android-powered TCL Nxtpaper Max 10, but trust us, this tablet is gorgeous.

That’s because it’s sporting a 10.36-inch FHD+ screen using Nxtpaper Display Technology. Unlike traditional LCD or OLED panels that can exhibit glare, the TCL Nxtpaper Max 10 features a matte, textured layer that reduces eye strain. Think of it much like reading a book or newspaper, so it’s substantially more comfortable to look at — kind of like how e-paper ink displays are easier on the eyes. 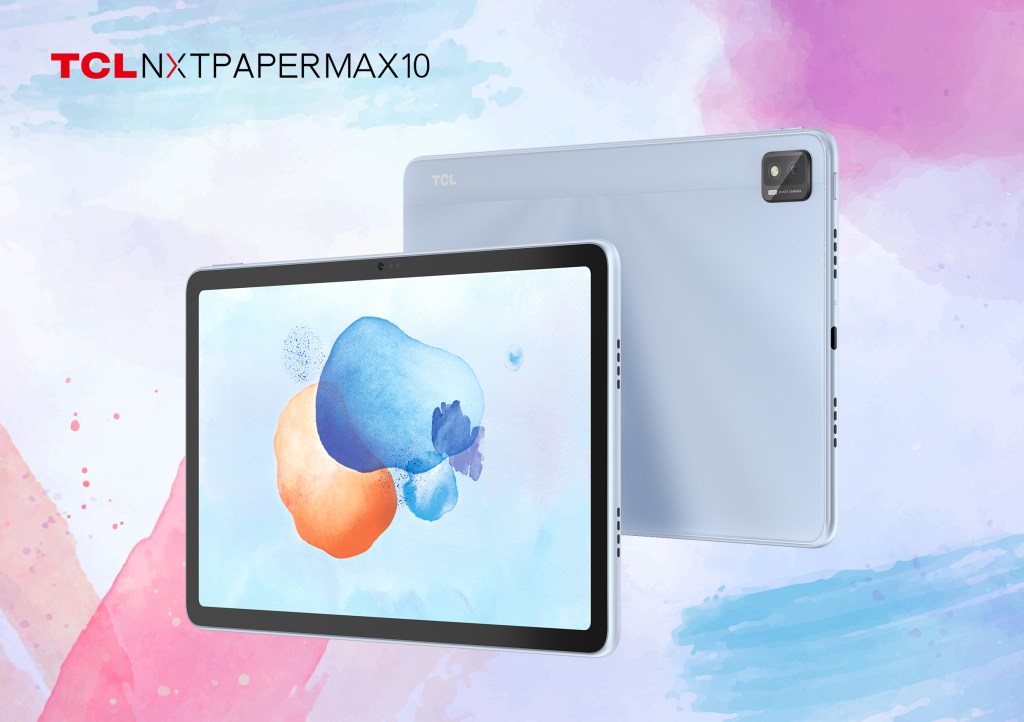 Mobile enthusiasts are familiar with Chinese smartphone maker Poco, a company widely recognized for producing affordably priced flagship smartphones. Well, the brand is back with a new offering for MWC 2022: the Poco X4 Pro 5G.

It most notably sports a dreamy 6.67-inch AMOLED DotDisplay with a 120Hz refresh rate. It’s uncommon for phones in the sub-$500 range to feature this kind of display. Still, it’s also not surprising either, given Poco’s reputation for offering top-notch qualities in an affordable package. It’s rocking a triple-camera system over on the camera side, complete with a 108MP main camera, 8MP ultra-wide lens, and a 2MP micro camera.

The X4 Pro 5G is currently slated for release abroad in Europe with a starting price of €299 (~$332), but as we’ve seen before, it could come stateside as an unlocked model. Amazon currently sells its predecessor, the Poco X3 Pro, so it’s very likely we’ll see it offered down the road as well. 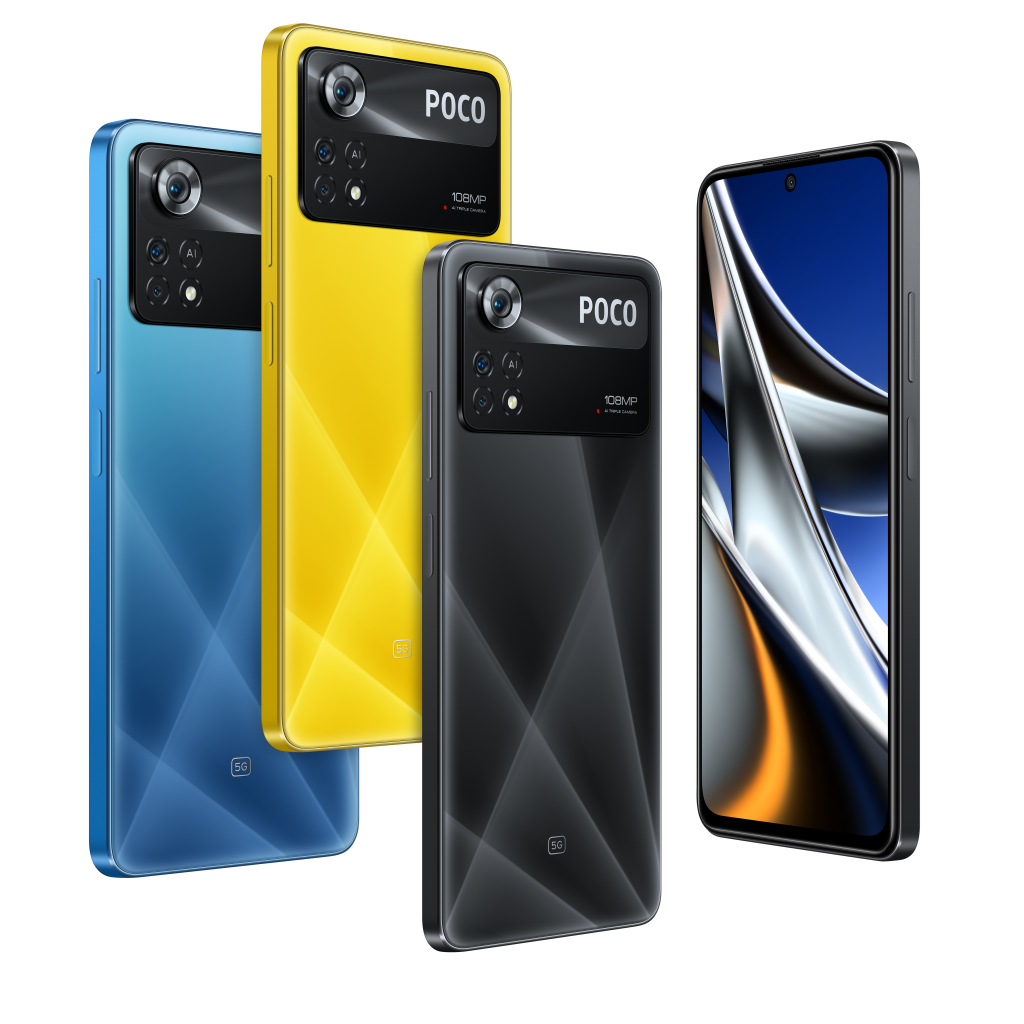 Microsoft’s Surface Pro series has long been the king of hybrids because it combines the power of a traditional laptop into a tablet design. Well, the Lenovo IdeaPad Duet 5i may just steal the throne thanks to its similar concept.

Thanks to the pop-out kickstand, it can be used as an ordinary laptop on a desk with its included detachable Bluetooth keyboard. This two-in-one hybrid is also supported by a 12th generation Intel Core i7, 12-inch 2K IPS touchscreen display and Rapid Charge Express technology that provides three hours of video playback with just 15 minutes of charging. The Lenovo IdeaPad Duet 5i is relatively compact yet still retains the same level of performance you’d expect from a traditional laptop.

Best of all, it’s attached with a starting price of $750 that makes it a compelling alternative to the Microsoft Surface Pro series when it begins to go on sale in July 2022. This price also includes the bundled keyboard folio case, which adds more value to this hybrid. 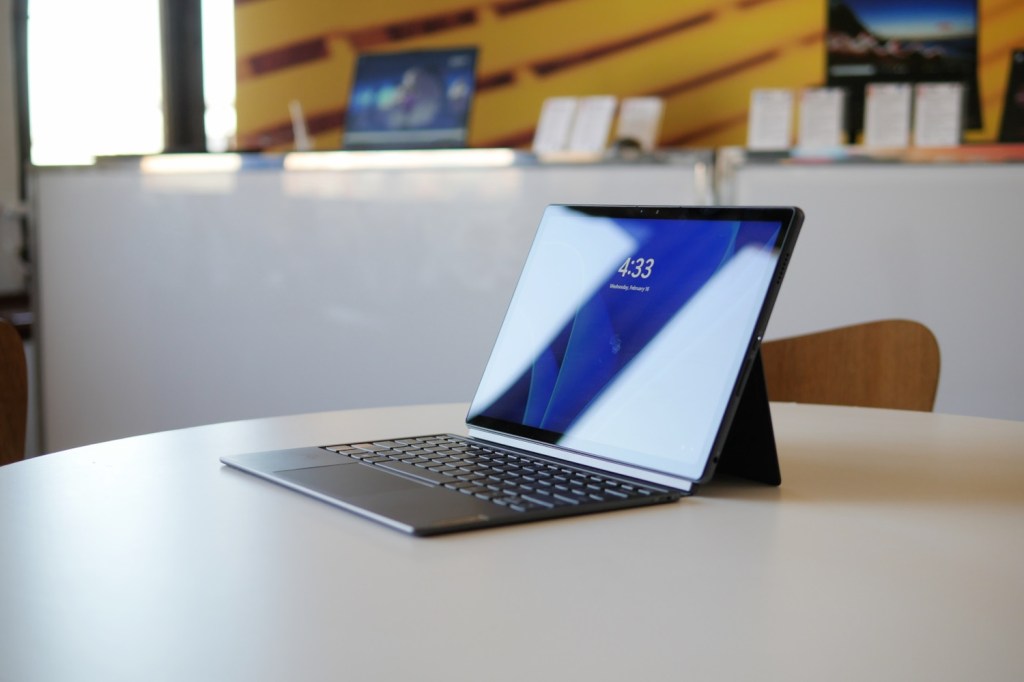 Samsung’s string of announcements has been relentless. Already this year, the company has astounded us with the likes of the Samsung Freestyle and Samsung Galaxy S22 Ultra. For MWC 2022, however, our attention is on the Samsung Galaxy Book 2 Pro.

Sure, Samsung classifies this as an enterprise-level laptop because of its security features, but the Galaxy Book 2 Pro has the signature qualities to make it a breakout contender in the consumer space. Available in either a 13.3-inch or 15.6-inch model, the AMOLED screens radiate with vibrant colors and contrast. It’s all made better because it’s still a powerhouse armed with 12th generation Intel Core i5 or i7 processors.

The Samsung Galaxy Book 2 Pro’s sleek and minimalist design makes it a standout in the enterprise laptop market, especially given that most competitors look clunky and boring. Luckily we won’t have to wait long for it to come to market. 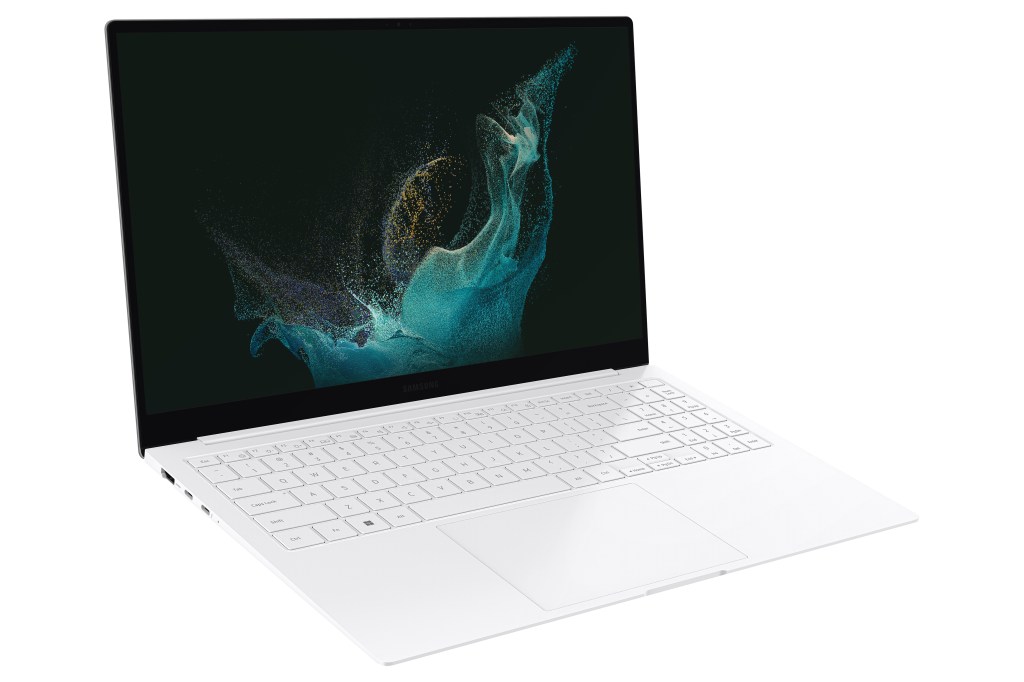 TCL unveiled a slew of new, affordably priced smartphones for MWC 2022. Out of the bunch, you should know about the TCL 30 5G because it’s the only one in TCL’s announcement equipped with 5G connectivity.

Affordably priced phones don’t need to look or feel cheap. The TCL 30 5G proves this and then some with its skinny bezels, glass-covered surfaces, gorgeous 6.7-inch FHD+ AMOLED display and triple-camera system.

Many of these qualities were once reserved for premium phones, but they’ve now permeated the budget category. Meaning you don’t need to spend a fortune to get them. However, the TCL 30 5G will be headed to Europe with a starting price of €249 (~$277) starting in April. 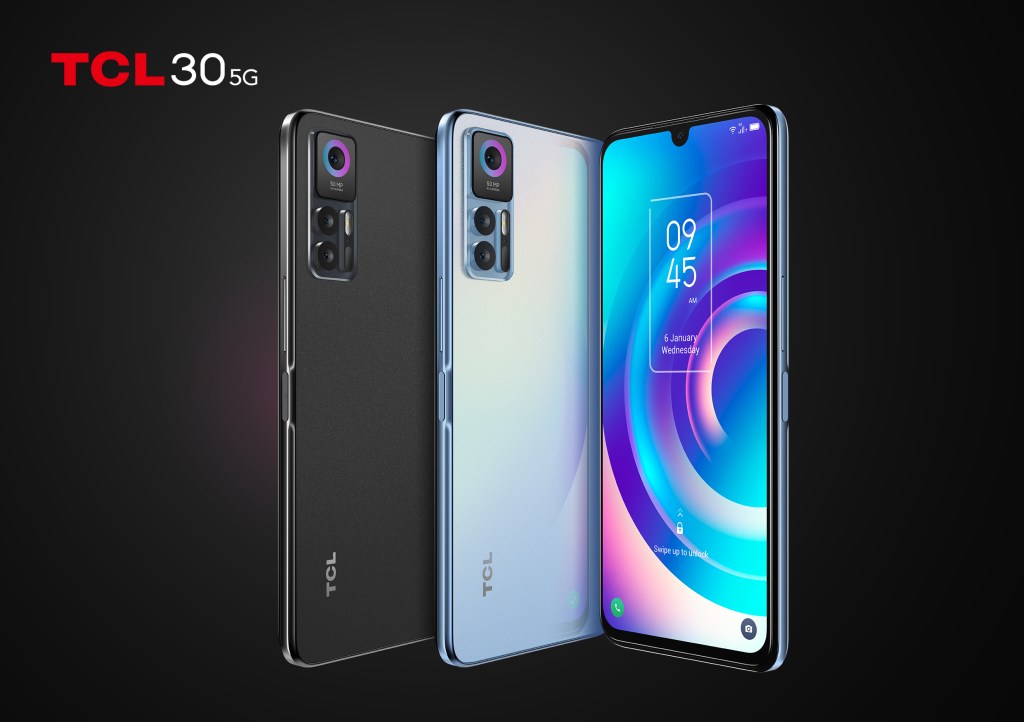 OLED screens undoubtedly make a good first impression when it comes to capturing attention. Huawei certainly knows that which is why its hybrid laptop, the Huawei Matebook E, has been turning heads at MWC 2022 with its 12.6-inch 2560 x 1600 OLED display.

For binge-watchers, it’s the kind of thing they’ll feast on when they’re away from home because of the rich colors and high contrast. This 2-in-1 hybrid also looks excellent, featuring a magnesium alloy frame combined with textured glass — all wrapped into a chassis that’s 0.31-inches thin and weighs 1.56 pounds. It’s no slouch on the performance side because you can pair it with 11th generation Intel Core i3, i5, and i7 processors.

The Huawei Matebook E will also be bundled with a handy stylus for even more utility for on-the-road work. Pricing starts at €649 (~$721) for the base Core i3 model, while a top-of-the-line Intel Core i7 configuration starts at €1,399 (~$1,548). There was no mention of a U.S. release, but don’t count out the possibility. 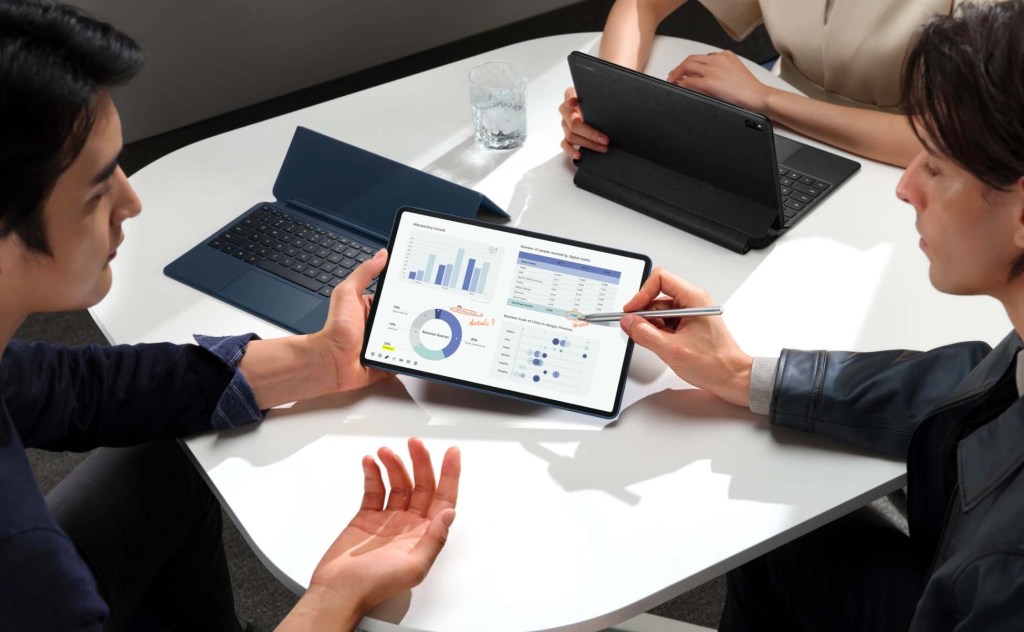 Technically announced before MWC 2022, the Motorola Edge Plus (2022) was still a standout at mobile’s biggest trade show. That’s because many have pegged it to be a more affordable version of the Samsung Galaxy S22 Ultra due to the add-on stylus that’ll be coming out in the coming months.

One look at the specs is proof it’s a flagship caliber smartphone in every regard, featuring a 6.7-inch FHD+ pOLED display with a 144Hz refresh rate, triple camera system, Qualcomm’s Snapdragon 8 Gen 1 Mobile Platform, and a 68W fast wired charging. Motorola even adds a new experience when connecting it to a display or television with its Ready For platform. Like Samsung’s DeX experience, it provides users with a proper P.C. desktop-like experience.

Everything’s looking mighty fine with the Motorola Edge Plus’ package, more so when it’s attached with a limited-time price of $900. And yes, it’s coming out soon through various retailers stateside. 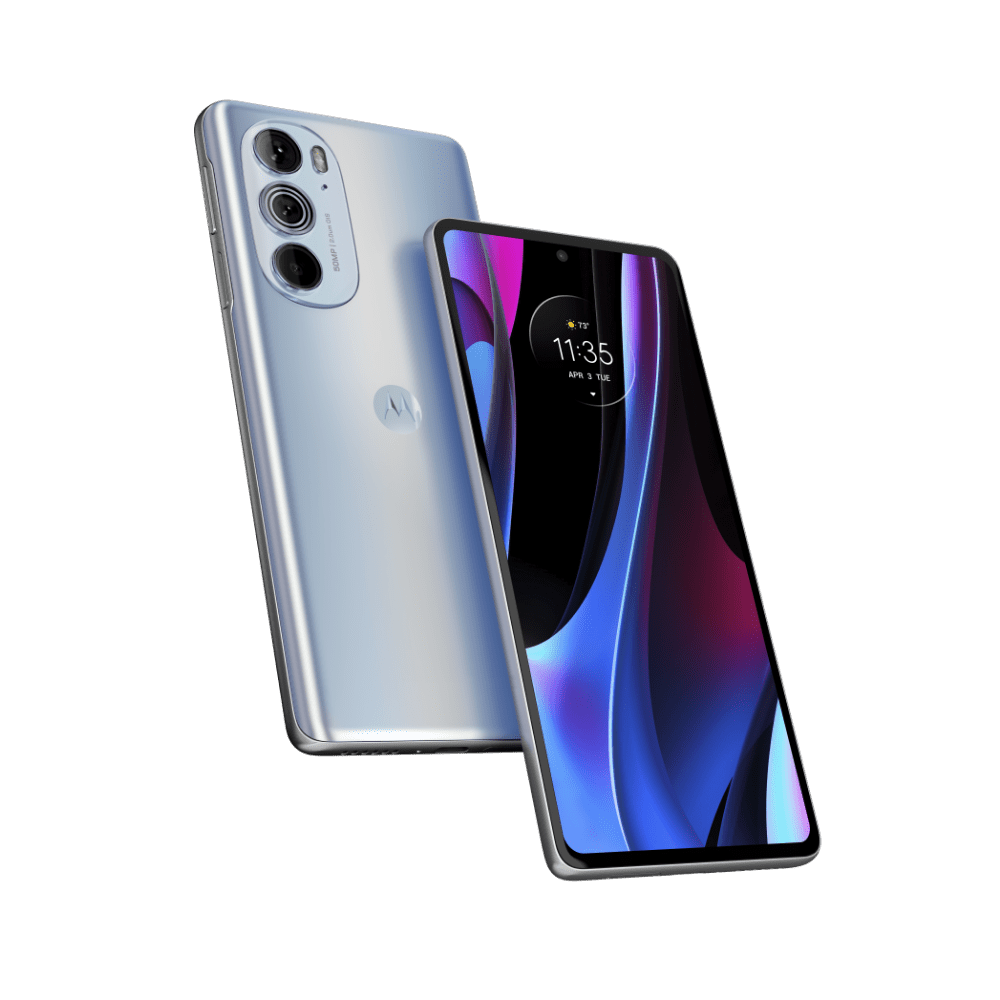 Not everyone has shelled out a ton of money for a new laptop. That’s why the Lenovo IdeaPad Flex 5i caught our attention, combining the rich power you’d expect from an everyday notebook with a price that won’t break the bank.

Available in either 14-inch or 16-inch configurations, this convertible laptop features a 360-degree hinge that allows the computer to instantly go from laptop to tablet in one movement. Its design is also incredibly sleek, which helps if you’re constantly lugging around a laptop with you daily.

When it comes to performance, it’s packing a formidable 12th generation Intel CoreTM i7 U-series paired with 16 G.B. of RAM to ensure you’ll be able to work efficiently. Best of all, it’s all packaged at a price that’s well under $700. 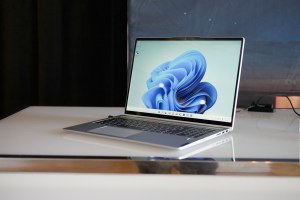