With the new Qi Wireless Magnetic Car Charger, accessories brand Kington aims to offer a solution to the annoyances of car charging cables. This wireless charger consists of a small case and an articulated magnetic pad that plugs into your car’s 12V outlet.

It can fully charge an iPhone about 20% faster than similar wireless charging set ups using an equivalent power source, and according to the company, offers charging efficiency that approaches that of standard cables. This wireless charger is convenient and easy to use, thanks to its automatic stabilization and lock feature that keeps your phone in a secure alignment with the induction pad. 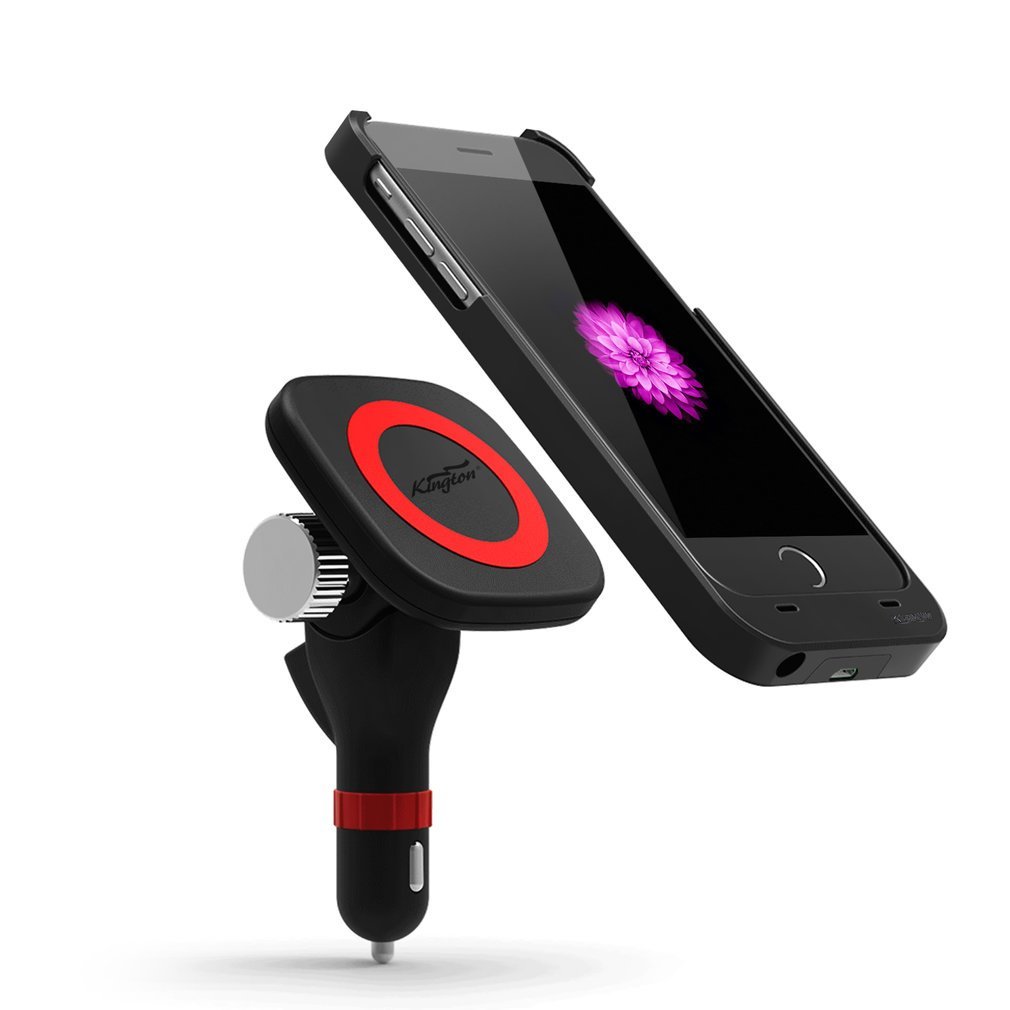 One of the most talked-about “revolutions” in wireless tech, induction charging has already made its way into airports, some offices and Starbucks shops, but mobile applications have proved challenging. However, the car is probably the one place where having a snap-and-go wireless charging platform makes the most sense. iPhone cables and cars have kind of a tumultuous relationship, at least in this writer’s experience. The space between bucket seat bolsters and the center console is a black hole for iPhone charging cables. The gear shift has a nasty habit of catching on the wire and yanking it out.

Now with the Wireless Magnetic Car Charger from Kington, tangled cords can be a thing of the past; this wireless induction charger is compact enough that it won’t get in the way of gear shifts and it can mount conveniently either directly to the 12V outlet or to an air vent with a sturdy clip. The charger’s connection supports navigation, streaming audio and data connections to your car’s infotainment system, and should be compatible with features such as Audi MMI, Ford SYNC and Cadillac’s CUE, as well as supporting Apple car play.