Summer may be winding down, but that brings us straight to the fall and the barrage of product announcements intended to make noise for the impending holiday season. Even though the OnePlus 10 Pro has already proven itself to be a top contender as one of the best smartphones this year, the company isn’t wasting any time showing off its next flagship: the OnePlus 10T.

SPY got to spend a little time with the new flagship at OnePlus’ press event in New York City. From a cursory glance, it looks very much like its predecessor, complete with a similar square camera array in the back. What’s notable, however, is that the North American version will be able to deliver a day’s worth of power with just 10 minutes of charging, thanks to its 125W SUPERVOOC charging.

Better yet, it will be released on September 29 for the attractive starting price of $649. By comparison, the OnePlus 10 Pro costs $899. 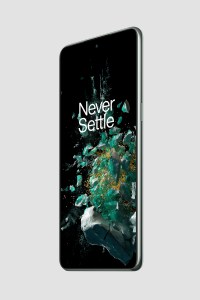 The Fastest Charging OnePlus Yet

Let’s first talk about that ridiculous fast-charging capability of the OnePlus 10T since it’s arguably the biggest feature in our opinion. Typically, the camera garners the most attention, but this time the focus is on the charging. 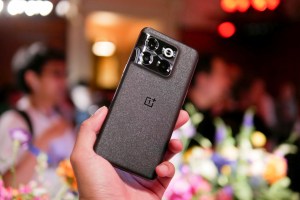 Packed with a 4,800 mAh battery, the OnePlus 10T in North America supports 125W SUPERVOOC Endurance Edition charging that claims to fully charge the smartphone in 20 minutes. Given how battery life is always a big concern, especially for power users, this rapid charging means you’ll get a decent charge level with minimal charging time — perfect for when you’re waiting five minutes for the barista to make your iced latte. 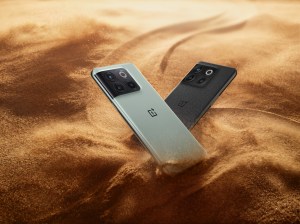 However, we’ve already seen another phone that charges even faster this year. The Black Shark 5 does it in about 15 minutes. Despite that, it’s still a marked improvement over the OnePlus 10 Pro, which tallied in at 60 minutes to reach full charge in our testing.

Muscle Power to Handle Whatever You Throw At It

Beyond the focus on its battery charging magic, the OnePlus 10T doesn’t disappoint with what it’s packing under the hood. In fact, you’ll find it endowed with all the components that make up a flagship smartphone. Here’s a quick rundown of some of its notable specs:

The phone runs buttery smooth thanks to the pairing of Qualcomm’s Snapdragon 8+ Gen 1 Mobile Platform and the 120Hz refresh rate of the AMOLED display. It’s dreamy to look at, especially when colors are punchy and retain the same level of clarity at wide angles. 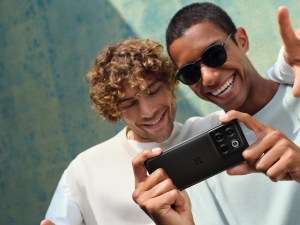 As for the software, it’s running OxygenOS 12.1 on top of Android 12. Honestly, we feel a bit indifferent about the new software experience because we spent only a short time checking it out. Still, perhaps we’ll feel differently after spending more time with it. 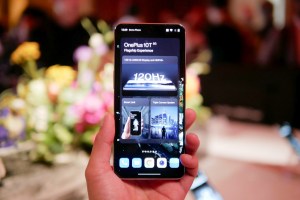 And lastly, the triple camera system on the back of the phone should please a wide array of users. The phone supports OnePlus’ Image Clarity Engine (ICE) 2.0, which is said to add all the enhancements to a photo the moment a shot is captured. In fact, the phone captures tens of photos and will select the best one. It’s one of those things that most people take for granted because there’s a comprehensive process behind it.

Saying Goodbye to a Staple Feature

One of the distinguishing characteristics of OnePlus’ phones has been the mute slider. It goes back to the original version but has finally been dropped with this latest version. Even though some diehard fans may be disappointed, we’re not too perturbed by it. 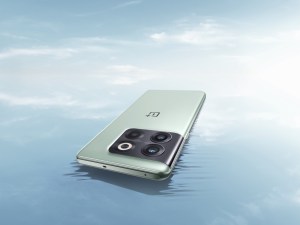 That’s because the phone still looks and feels good in the hand. We love the premium choice of materials, which all come together to make the phone sleek and easy to hold one-handed. Given how most smartphones tend to feel super wide, the comfortable width of the OnePlus 10T remains an underrated quality.

Overall, it doesn’t appear to be a massive overhaul given the similarities of its design and features. But then again, the faster charging and lower cost make it an attractive offering if you’re looking to spend modestly on your next smartphone. 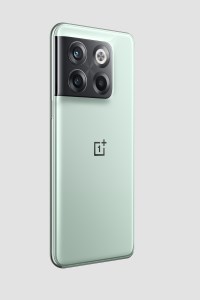 The Best Wireless Car Chargers in 2022