“Never Settle.” That was the slogan that OnePlus kept reminding us of during its early years of offering high-end flagship smartphones at non-flagship prices. Looking now at how its last few phones have increased in price, those days are behind us.

Well, it looks like OnePlus heard those concerns and understands that cost is a major factor for many. That’s why the OnePlus Nord N20 5G is making a lot of noise with its ridiculously low price of $299. Understandably, it’s raising more than a few brows because you rarely find phones in that price range. I’ve tested a handful of the best smartphones already, so it’s a change of pace to experience an option on the other end of the spectrum.

Given its low price point, the OnePlus Nord N20 5G has a solid build quality to it. Using a combination of plastic and metal, the phone is good at repelling smudges and fingerprints with its smooth textured back. In fact, there’s a neat shimmering effect when light hits the surface at certain angles. 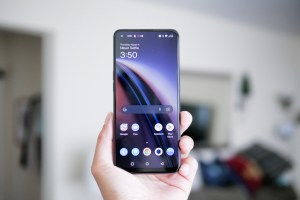 I also love how it’s incredibly lightweight and not too wide in the hand, making it relatively easy to use one-handed. Though the large display still forced me to stretch out my thumb to reach all four corners of the display.

For a budget phone, OnePlus managed to pull off a convincing design that doesn’t come off cheap or shoddily made.

Typically, you expect a smaller screen with a cheaper phone. That’s not what you get here, since the OnePlus Nord N20 5G has with a modest 6.43-inch 2400 x 1080 AMOLED display. In the budget category, this is one of the best displays you’re going to find, and it’s genuinely impressive to look at. 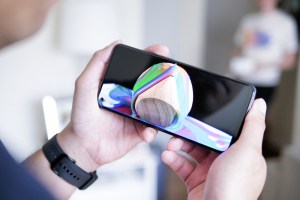 It’s more than detailed enough for watching videos, but I found its color saturation to be a tad bland. For an AMOLED panel, it should be punchier and offer better viewing angles. Despite that, it still somehow managed to pull out a respectable peak brightness level of 1205 lux. That’s crazy good for a budget phone, beating out a few flagships in the process.

Some people may like or dislike the Oxygen OS 11.3 software running in the OnePlus Nord N20 5G. You get the basics, which I find is more than enough for the average person, since you have all the typical functions at your disposal.

Since I tested a T-Mobile specific version, it did come with some of the usual T-Mobile bloatware. Thankfully, I had the choice to remove them later on. If you’re used to the Android experience on another phone, you’ll have an easier time getting acquainted with this.

The OnePlus Nord N20 5G is powered by a Qualcomm Snapdragon 695 chip paired with 6GB of RAM. I found its performance more than adequate for basic functions, like the occasional email and browsing the web, but it lacks the fluidity I find with other flagships. 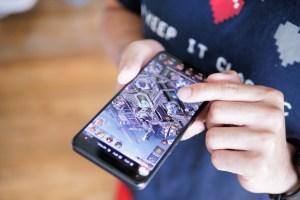 Unless you’re really into gaming, you won’t be much bothered by the performance. If you are, there were times when I saw it skipping a few frames. It could’ve been worse, but I know how timing can be critical with gaming.

Taking a quick peek at the back, there are two main camera lenses sticking out — with a tiny one squished in the middle. While OnePlus says it’s a triple camera system consisting of a 64-megapixel main camera accompanied by a 2-megapixel macro lens and a 2-megapixel monochrome lens, I found myself effectively only using the one main camera. 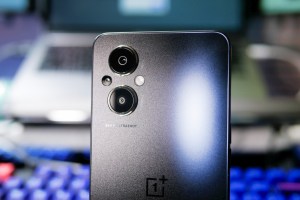 That’s because I wasn’t convinced by the macro lens, while the monochrome one has no real utility. In terms of quality, I find it lacking fine details, so I wouldn’t recommend cropping photos too much. Colors were also subdued in tone. More of its deficiencies became exposed when I captured images in low light, where the quality had severe softening with the details. 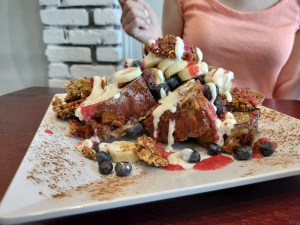 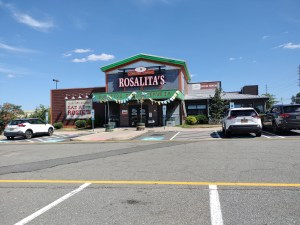 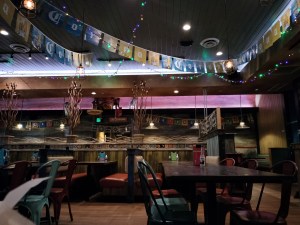 Video recording tops out at 1080p, but the quality doesn’t stray far from its still image performance. You might be able to get away using it for social posts, but I wouldn’t go beyond that. Overall, the camera lags behind many phones based purely on its performance.

Stuffed with a 4,500 mAh battery inside of its sleek chassis, the OnePlus Nord N20 5G didn’t win me over with its battery — nor did it disappoint. With my daily usage, I often saw its battery life hovering below the 19% level right before bedtime. I’ve seen worse on other phones, so I’m not too surprised by the results. In fact, it’s still something you’ll charge nightly. 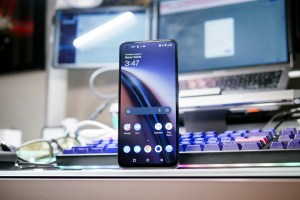 Over on the recharge side, it took 134 minutes to completely charge from 1% to 100%. That’s like forever when you compare how some flagships do it half the time.

Our Verdict: Should You Buy the OnePlus Nord N20 5G?

If you’re looking for a no-fluff, easy to use smartphone that won’t cost a whole lot, the OnePlus Nord N20 5G fits the bill. It’s competent at handling the needs of most users, including fast 5G speeds for optimal watching of video from your favorite streaming services. I personally would’ve liked to see it produce better-looking photos, but it’s hard to nitpick with its $299 cost. So should you buy it? You bet. It’s one of the best budget phones around. 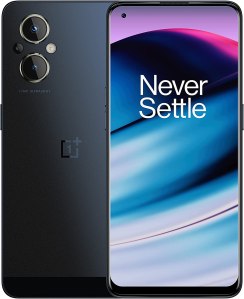