While sci-fi writers of ages past conjured up 21st century images of flying cars and robot maids, those scribblers should’ve foreseen the emergence of smartphones, the internet and social media. Before any fanciful and futuristic creations can come along, we need to talk to each other. Communication is everything.

Enter the Pocketalk S — a handheld international translator device about the size of a modest cell phone. Based on the design of the original Pocketalk, the more compact S version operates much the same way. Able to translate between 82 languages on the fly, the Pocketalk employs the simple click of a button to swap between two choses tongues. If an American visits Bangkok, with English and Thai set as options, handing the device back and forth translates the conversation in real-time between east and west.

This latest update of the Pocketalk S includes a Text-to-Translate Camera. Set into the back of the Pocketalk as with any smartphone, that camera scans printed text or signs, reading the written language and reproducing it in your language of choice. 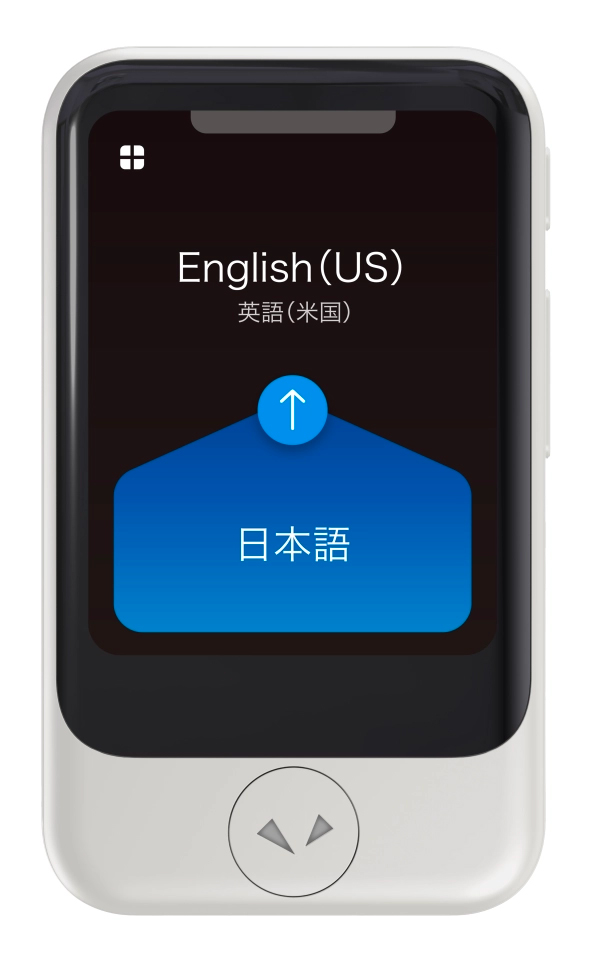 What We Liked About the Pocketalk S

The convenience of Pocketalk’s real-time translation technology comes with a simple and intuitive user interface. Of course, every handheld gadget on the market these days needs such a system to please users in an impatient world — but it’s of extra importance for a device like the Pocketalk S.

If using the translator during global travel, you’re likely to be sharing use of the device with a man or woman of another culture with its own access to technology and cultural education — or of an age in which he or she isn’t necessarily tech-savvy. Grandparents who struggle with email or Facebook don’t exist only in the USA. Your new friends in a far-flung land might be very hip with 21st century tools, but — if they’re not — the easy, hand-off Pocketalk S interface is simple enough for anyone to grasp.

We used the original PockeTalk when it operated only with voice recognition and text. The traveler would speak his or her remark in one language. The device would hear and translate the comment to text in the listener’s tongue. Then it became a game of Hot Potato, passing the PockeTalk back in forth by way of conversation.

The new generation S adds in some mighty impressive A.I. to allow spoken answers. There’s no longer any need to repeatedly show the screen back and forth to one another. You now hold the machine in earshot, talk away and click the button for translations. We worked with the device throughout a Far East trip in Hong Kong and Bangkok, and it never failed us.

This latest version of the Pocketalk does what previous models did — swap back and forth in two translated languages, sentence-to-sentence, phrase-to-phrase, between two users speaking in their individual tongues. As the latest evolution of the device, the Pocketalk S adds the essential tool of the Text-to-Translate Camera. You can scan printed words or simple signs. The camera captures the image and translates it into speech you’ll recognize. 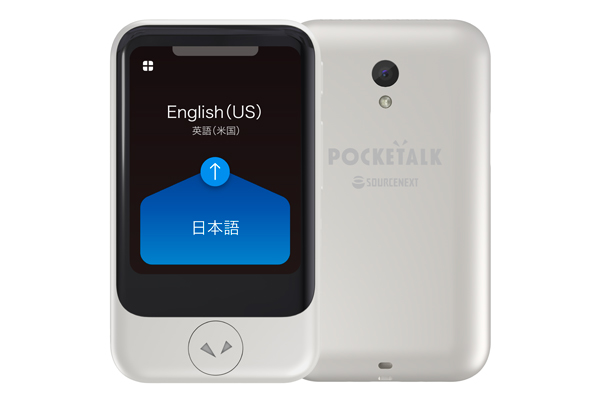 Considering it’s a device presumably designed for traveling the world, the compact handheld Pocketalk S feels a little delicate in the hand. While it functions perfectly well as soon as you fire it up with very minimal practice to get the hang of using it, the gadget doesn’t seem particularly hearty. That’s understandable, since no one wants to wander the world with a brick in the pocket. Still, you should beware and treat your translator with care.

The Verdict: Futuristic Tech That Fits in Your Pocket

Now armed with the dual ability to translate both spoken human speech and printed text off documents or signs, the Pocketalk S handheld device is a valuable and convenient dedicated travel communications tool. For $299 (when it’s not on sale), its ability to translate between 82 languages will make for more carefree travel for any user if you manage to take care of it.

If you have any doubts about the abilities of this translator device, you can rest easy. In our testing, it’s easy to use and works as advertised.

Where To Buy the Pocketalk S

As a mainstream travel device ready for duty right out of the box, the Pocketalk S is available through the manufacturer’s own site or via any major retail site like Amazon or a dedicated electronics outlet such as Best Buy. Currently, the Pocketalk S is marked down to $249 via Amazon, so we’d recommend heading there. 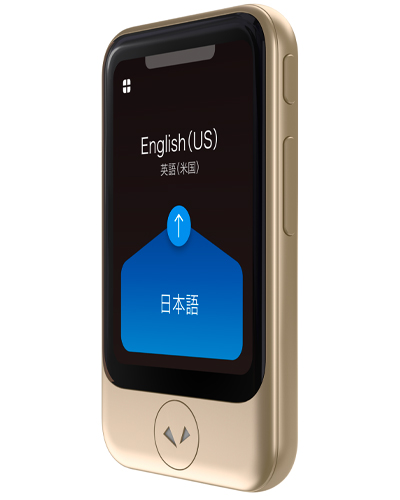