It’s almost like a riddle or a corny joke: Where’s the only place you’ll never see a phone with a PopGrip? Until very recently, the answer was “on a wireless charger.” (OK, fine, it’s not much of a riddle, and most definitely not a joke. Work with us on this one.)

But the PopGrip and fast wireless-charger bandwagons were very much running in opposite directions because they were totally incompatible: A phone has to lie flat on a wireless charger, and with your beloved PopGrip, that can’t happen. Naturally, the innovative folks at PopSocket would be the ones to bring them together with the PopPower Home Wireless Charger. That donut hole in the middle of the charger is the gateway to smooth wireless charging for PopGrip enthusiasts.

Yup, that means there’s finally a wireless charger that works with your PopGrip.

The PopPower chargers made a big splash at the recent Consumer Electronics Show 2020, and since their release they’ve frequently sold out. As in completely. But fear not, because these nifty little chargers are back in stock. Just head over to the PopPower homepage and you can order your own PopGrip-friendly charger for just $40. When companies have this big of a hit on their hands, they quickly find a way to meet the demand. 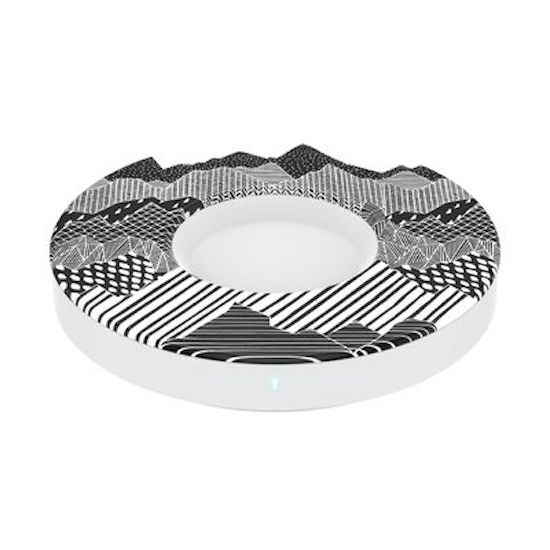 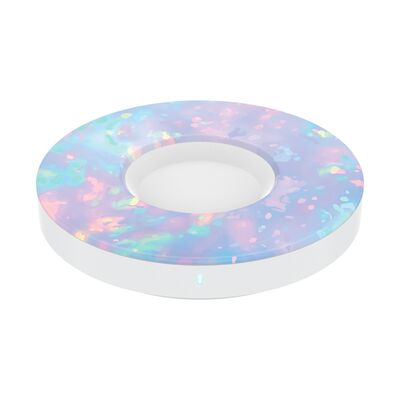 The PopPower chargers are Qi-wireless certified, capable of up to 15-watt charging and deliver fast charging to both Apple and Samsung phones. They even charge AirPods when they’re placed on the charger in a wireless AirPod charging case. The PopPower delivers a charge through phone cases up to 5mm thick.

The recessed center does more than give your PopGrip a place to rest while the phone charges. With the PopGrip resting in the hole, your phone will be in the optimal charging position, and it will stay securely there. Anyone who’s had their phone rest off-center on a wireless charger, or had it move off the charging dock from vibrating, knows how that can cost you a full charge (or a cracked screen if your phone takes a tumble off your desk). With the PopPower and PopGrip making friends, no worries there.

The PopPower charger comes in a few different colors and patterns, but only a few styles are in-stock at the moment. Currently, the PopPower is only available at the official PopSockets online store. Initially priced at $60, PopSockets recently dropped the price to $40. We know that there’s no shortage of cheap wireless chargers out there for considerably less (although it’s much cheaper than our favorite wireless charging dock). But if you have a PopGrip on your phone and fancy yourself an early adopter, then the PopPower was literally designed with you in mind.

If you’ve been waiting for a wireless charger that’s compatible with your PopGrip, then the wait is finally over.

Everyone Uses PopSockets, But We Like These Clever Alternatives Instead