Mobile gaming isn’t just binging on Candy Crush for hours on end anymore. There are legitimately good games on mobile platforms, especially considering the number of cloud gaming services available to gamers. With choices from xCloud and others, it’s tough to deny the appeal of gaming on the go. But now, the new Redmagic 7S Pro takes that appeal even farther, with tremendous power for a mobile platform.

This year, SPY has been testing out the best flagship phones from brands such as Samsung, OnePlus and Apple, but this new gaming phone has some impressive features you won’t find in Samsung Galaxy S22 or iPhone 13 smartphones. SPY was able to try out this mobile gaming machine, which is available for pre-order now, and we’ve got all the details below. 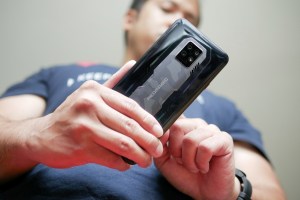 Why We’re Excited About the Redmagic 7S Pro

The Redmagic 7S Pro is a powerhouse in a small package. With the Qualcomm Snapdragon 8+ processor and the Red Core 1 gaming chip, there’s not much you can throw at this phone that it can’t handle. Its top speed is north of 3.2 GHz. To put it in perspective, the iPhone has an average clock speed of around 2.3 GHz. A “good” CPU speed for gaming processors is anywhere from 3.0 GHz and up. 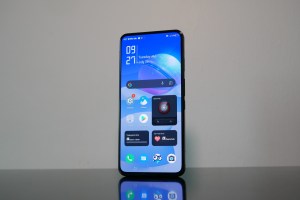 Combine that with a custom-made cooling system that not only improves battery life but keeps the phone comfortable during the most intense gaming sessions, and you’ve got a device that will let you grind for materials in Genshin Impact for hours on end. Adding just a smidgen of flair, we love the reflective accents on the back of the phone that shimmer in different colors depending on the angle. Furthermore, RGB LED light accents on the back can be turned on for a neat color effect while gaming.

Built-in shoulder triggers have a response time of just 7.4 milliseconds, perfect for lining up and pulling off amazing headshots in Call of Duty Mobile. If you opt for the upgraded version of the Redmagic 7S Pro (the “Armored for Victory” edition), you get a 6.8+ FHD AMOLED display. Regardless, the AMOLED screen looks sharp and colorful and doesn’t have much distortion. 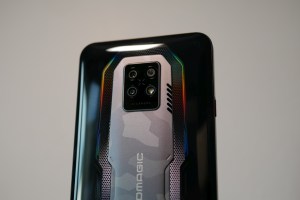 The Redmagic 7S Pro has a 5000mAh battery that also supports fast-charging, so you rarely ever have to stop gaming. It supports Wi-Fi 6 connectivity and is equipped with a triple camera system with a main 64-megapixel ultra-wide lens capable of recording crisp 4K video. We took a few snapshots with the camera and were surprised that it managed to do a decent job at low-light settings.

Speaking of RAM, 18GB seems outrageous for a smartphone, given how few laptops are equipped with that much without spending extra money. However, it certainly helps when it comes to multitasking and buffering files. The last thing you need is to quickly peek at a direct message, only to have the game you were playing relaunch again when you switch back to it. 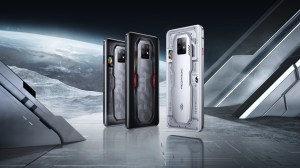 The Best Gaming Phone to Play on the Go