You could argue that smartphone innovations haven’t been as profound as they were a decade ago. Novel additions like 3D displays came and went, while more practical things like dual-camera systems proved to be worthy standards.

The most significant smartphone innovation right now centers around flexible displays. While I’m familiar with this technology, which I first saw demoed over 11 years ago, only in the last few years have we seen them commercially available again — in a whole new way.

Ironically, I was super stoked about foldable phones about three years ago with the introduction of the original Samsung Galaxy Z Fold in late 2019. Still, my interest quickly waned after learning of its premium cost. But after recently spending a few weeks using the Samsung Galaxy Z Fold 4, I realize it opens up new opportunities we didn’t think existed.

So, does this $1,800 flagship phone justify the investment? Keep reading for SPY’s in-depth Samsung Galaxy Fold 4 review and find out what we loved (and what we didn’t) about this new foldable.

Samsung Galaxy Fold 4: At a Glance 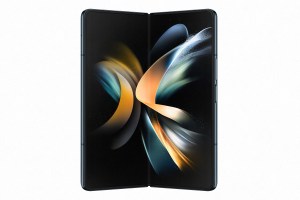 When you unbox the Samsung Galaxy Fold 4, it’s hard not to get excited. Even as someone who tests the best smartphones for a living, this is a uniquely exciting flagship. For our Samsung Galaxy Fold 4 review, let’s start at the beginning. Here’s what’s included in the box:

Once I got over my initial excitement, the first thing I noticed was the size. There’s no hiding the fact that the Galaxy Z Fold 4 is chunky by today’s standards. It’s far from the sleekest or lightest in the category, at 0.62 inches thick and 9.3 ounces, but I do like that it’s not as wide as other phones, just 2.64 inches, when it’s unfolded. In fact, it’s much easier to use one-handed than the 3.07-inch wide Samsung Galaxy S22 Ultra. 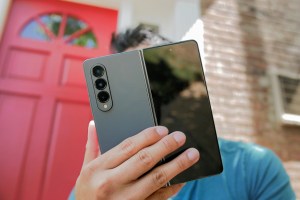 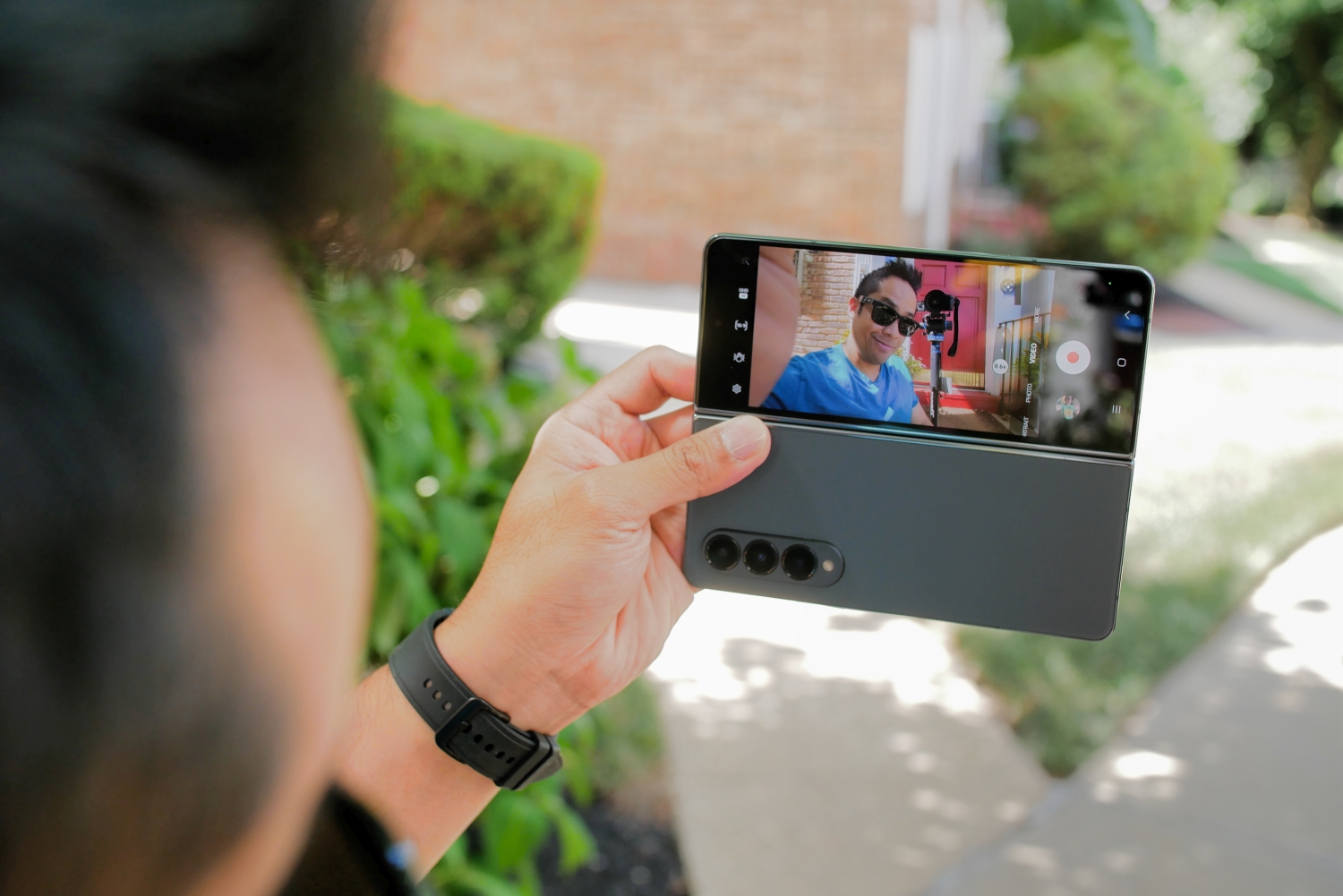 Naturally, the biggest wow factor is its ability to unfold and expose its 7.6-inch main display. Even though it’s always a cause of concern, the hinge mechanism feels well constructed — giving that satisfying click sound whenever I close it. Furthermore, there’s a fair amount of resistance when opening and closing it.

Aesthetically, it doesn’t deviate from the design of its predecessor. Sure, it’s not quite as polished or elegant looking as the Galaxy S22 Ultra, but as a foldable phone, it looks good. I recommend picking up the official Silicone Grip Cover Case because I like how the band on the back perfectly fits over the knuckles for one-handed use. 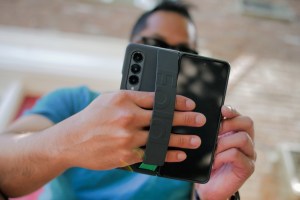 Not only does the folding design have a nice aesthetic, but there’s also a functional purpose I’ve come to appreciate. For example, it makes for the perfect teleprompter whenever I’m recording video with my mirrorless camera — whether for myself or someone else I’m recording. Rather than using a tablet, which is what I would usually do, the Galaxy Z Fold 4 suffices over other smaller-sized phones in this situation. 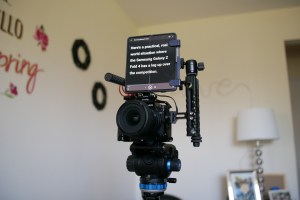 Also note that Samsung gave this phone an IPX8 water-resistant rating. Given all the moving and exposed parts, it wasn’t something I expected, so it’s a testament to Samsung’s engineering.

I’ll get it out of the way: there’s no hiding the crease where the main display folds. It’s very visible when the screen is turned off and at some angles, but I don’t personally find it too distracting — nor does it inhibit the display’s function. 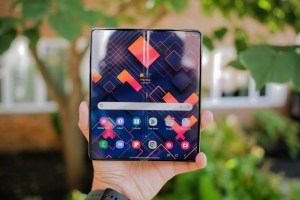 The 6.2-inch HD+ Dynamic AMOLED 2X Cover Screen on the outside is technically more detailed than the main inner display. Although, it’s hard to resist the beauty and awe of the 7.6-inch QXGA+ Dynamic AMOLED 2X of the inside screen.

Many apps have been optimized to take advantage of the extra-screen real estate. Productivity users will adore the Galaxy Z Fold 4’s ability to simultaneously display several apps at once. I know that two apps set side-by-side is typically more than I can handle, but serious power users will also like its three-screen split layout. 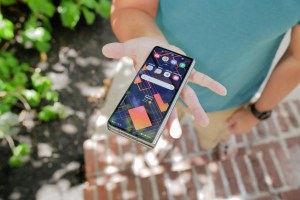 Both displays are also incredibly bright. I didn’t think they would be as bright at 1,600 lux and 1,780 lux on the Cover Screen and Main Screen, respectively, which, in perspective, outclasses flagships like the iPhone 13 Pro Max that put out just a tick over 1,000 lux. Colors are vibrant as you’d expect them to be with AMOLED while viewing angles are solid.

The sizable display also makes a difference while gaming. You’ll experience a different dynamic while playing games with the Main Screen because of the extra room I’m given.

Whether you use all of them or not, the Galaxy Z Fold 4’s software is bursting with features that cater to everyone. Samsung’s One UI follows the minimalist interface of the stock Android experience, but it throws in features such as multi-window, edge panels and more that make it seem like Sammy’s throwing everything at users to use.

There’s a lot, and I wouldn’t be surprised if some users need extra time to truly discover its full potential. I will say, however, that it’s optimized to display apps on the Main Screen. Many native apps, like Gmail and YouTube, have been optimized to use the large Main Screen. Personally, it still bugs me that outlying apps, like Instagram, still only work in portrait. 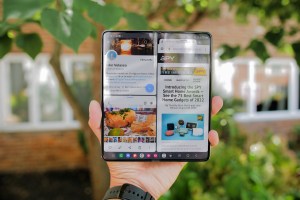 Powered by Qualcomm’s Snapdragon 8+ Gen 1 Mobile Platform and paired with a whopping 12GB of RAM, the Galaxy Z Fold 4 exhibits buttery responses to everything. It feels faster than the iPhone 13 Pro Max and Google Pixel 6 Pro, so running your favorite apps and tasks is no problem for this beast. 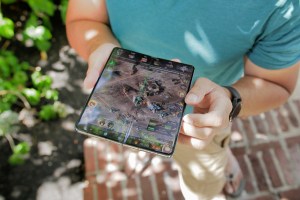 It managed to put up a respectable score of 3,949 with GeekBench’s multi-core test, which is decent, but not the best I’ve tested recently. As I’ve explained before, that score is never indicative of a phone’s real-world performance because it easily handled a few graphically intensive games I played.

When paying this much for a smartphone, I expect nothing less than top-notch quality when capturing photos and videos. Like many flagships, it’s armed with a triple camera system on the back consisting of a 12MP ultra-wide camera, 50MP wide-angle camera and 10MP Telephoto Camera. As for ‘front-facing’ cameras, it has two of them — a 4MP under-display camera on the Main Screen and a 10MP camera on the Cover Screen. 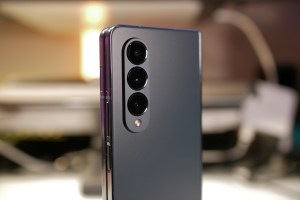 Predictably, it takes sharp photos, but the best results come from the main 50MP wide-angle camera. Details are rich and colors are saturated with decent dynamic range for high-contrast scenes. 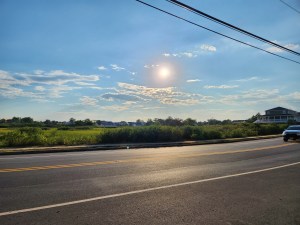 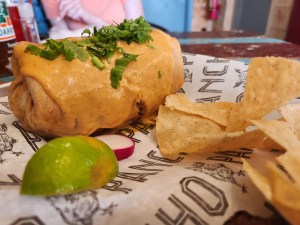 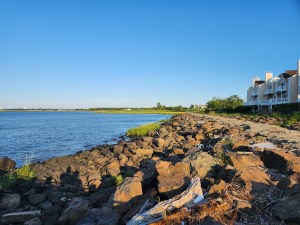 The only dark spot in its otherwise above-average performance relates to its low light delivery, particularly with the ultra-wide angle camera. Photos turn out muddy and lack detail, but that’s typical of most ultra-wide cams. I would also refrain from capturing video in extreme low light situations because the footage becomes riddled with noise and jitters indirectly with the stabilization. 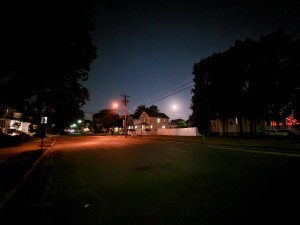 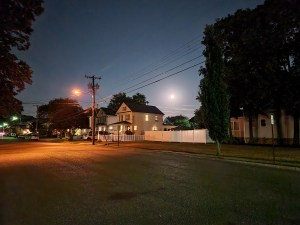 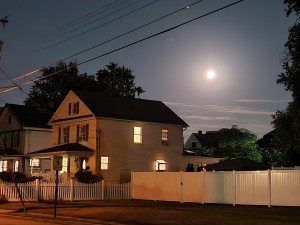 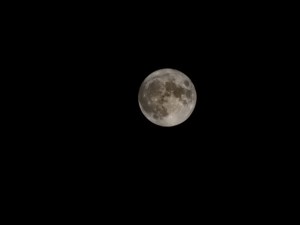 As a content creator who’s used to self-recording videos, I can’t tell you enough about the advantage of using the Cover Screen to capture photos and videos of myself. That’s because it’s leveraging a better set of cameras, the rear ones, while providing me with a preview of how the framing looks. Trust me when I say this is a valuable way of capturing selfies and other self-captures.

Normally I’d be inclined to believe that bigger phones would benefit from larger batteries. Thus, they would deliver better-than-average results. However, the Samsung Galaxy Z Fold 4 packs a 4,400 mAh battery, which is on par with other flagships. 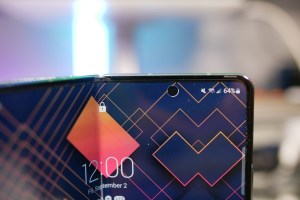 With that in mind, I wasn’t shocked that it put up the usual 1-day of battery life with my normal usage. By the time I hit bedtime, it hovered around the 15% mark on most occasions. It’s good enough to get most people through the day, but power users will need to top it off now and then.

Speaking of recharge, it took 76 minutes for it to charge completely using a 160W USB-C wall charger. Just be mindful that the phone doesn’t come with a charger, so if you want the fastest recharge, make sure you have a fast GaN charger on hand for the fastest results. Alternatively, there’s also wireless charging for added convenience.

Initially, my mind was wrapped solely around the foldable display, but the more I used the Samsung Galaxy Fold 4, I slowly began to develop this affinity for its vast utility. I’m talking about how it allowed me to manage multiple apps better than on a regular smartphone and how handy it’s become as tool when recording video.

I will admit, at $1,800, it’s a tough investment, and still makes me cringe thinking about forking over that much money for a phone. However, there’s enough value in it to justify its premium cost. 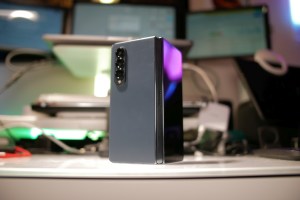 So Should You Buy the Samsung Galaxy Fold 4?

Yes — it’s a show stealer not only for its foldable display but also for the utility it offers that no other phone can match.