Samsung introduced its latest smartphones during a special online event today. Adding fresh faces to what the company calls its Galaxy Ecosystem, the Galaxy Note20 and Note20 Ultra serve as Samsung’s latest shots across iPhone’s bow.

The Galaxy Note20 and Note20 Ultra build on their previous incarnations, with the Ultra designed for Galaxy fans looking to maximize size, power and function. Measuring around seven by four inches, the Ultra uses a Snapdragon 865 Plus processor with 128 or 512 GB of storage and 12 GB of RAM. The Note20, at about 6.5 by three inches, uses the same processor with 128 GB of storage and 8 GB of RAM. Both versions offer a 12-megapixel (ultra-wide) and 108-megapixel (wide-angle) rear-facing camera, with a 10-megapixel front camera. 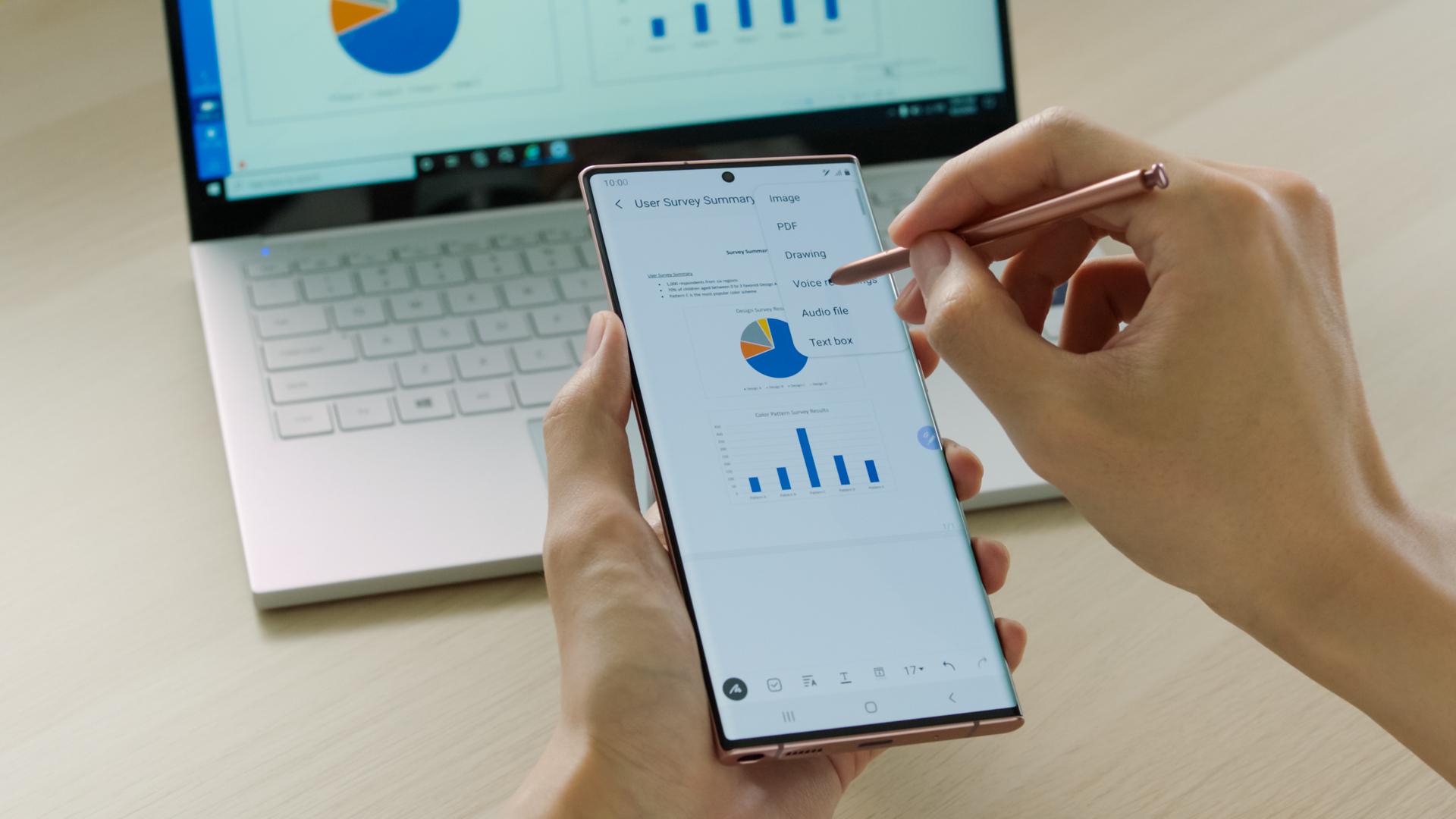 The Note earns its name with its stylus feature, always a creative throwback to the heady days of PDAs. The Galaxy Note20 and Note20 Ultra offer the new, enhanced S Pen to upgrade the handwriting experience with more precision. The S Pen also activates five new “Anywhere” actions to create touchless gesture navigation, including returning to the home screen or capturing a screenshot.

Utilizing cloud coverage, Samsung built up the Galaxy Notes app experience with constant cross-function between phones, tablets and PCs with Samsung’s Microsoft partners. The app suite now allows users to capture, edit and share between devices. Auto-save backups and file syncing make it possible to pick up projects anywhere while preventing file loss. Apps include the popular Samsung Notes to convert handwriting into text and Record for voice files. They all fall into a cleaner navigating system.

If the user has a Microsoft PC or laptop, the Galaxy Note20 and Note20 Ultra link to Windows 10 — allowing direct access of phone apps from the computer screen. Samsung Galaxy apps can now appear on the Microsoft 10 taskbar, allowing the user to answer calls or respond to other Galaxy Note messages from their Microsoft device. 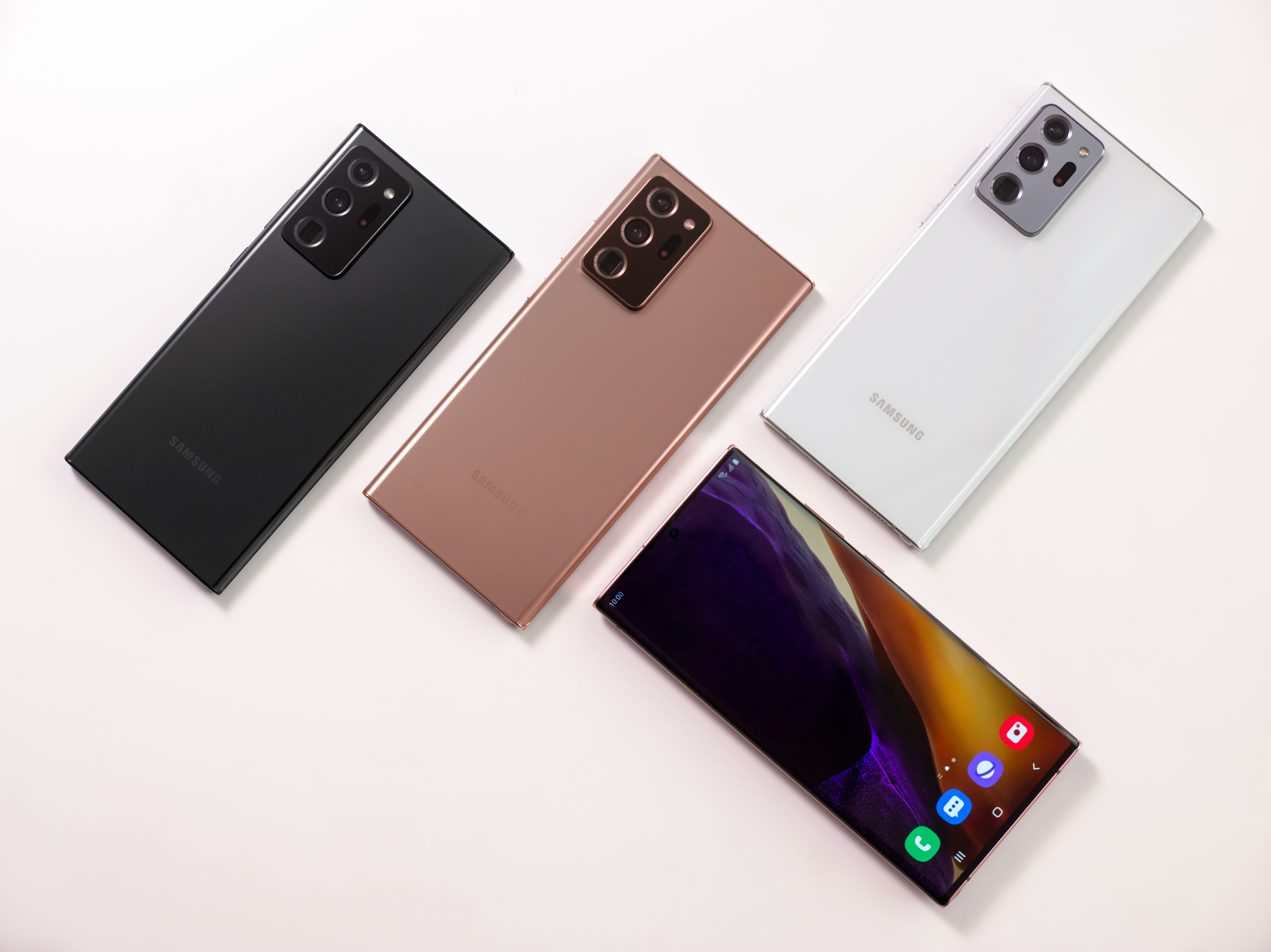 Samsung made an intriguing announcement for gamers amidst the Galaxy debut. As of September 15, Samsung Galaxy owners will be able to play more than 100 Xbox games on their phones or tablets via the cloud Xbox Game Pass Ultimate. To make sure the Galaxy Note20 and Note20 Ultra are ready for gaming duty, Samsung improved its AI game booster and Bluetooth audio response. Finally, the Note20 Ultra enjoys a new 240 Hz touch latency.

Eager adopters can jump on board in less than 24 hours with Samsung accepting pre-orders Aug. 6 at 12:01 a.m. ET. Those phones will ship to arrive around Friday, Aug. 21.

You Can’t Go Wrong With These 10 Best Samsung TVs