You can always count on Samsung to consistently leave us drooling. The company held its Samsung Unpacked event today, and even though it was an all-virtual event (again), the company did not disappoint with its newest trio of flagship smartphones — the Samsung Galaxy S22 line. Seriously, there is a lot to unpack from the event, but we’ve already detailed all of the juiciest bits in our comprehensive guide.

We’ve already broken down some of the biggest news, such as the return of the S Pen with the Galaxy S22 Ultra, but whenever a company announces so many new products and features at once, there are always some cool details that get lost in the noise. That’s why we want to highlight some of the coolest Galaxy S22 features that you may have missed. We can’t promise that you’ll be geeking out as hard as we are, but we think you’ll find these six features interesting, too.

The Samsung Galaxy S22 line is coming February 25 and will be available for pre-order soon. In the meantime, check out some of the coolest features below. 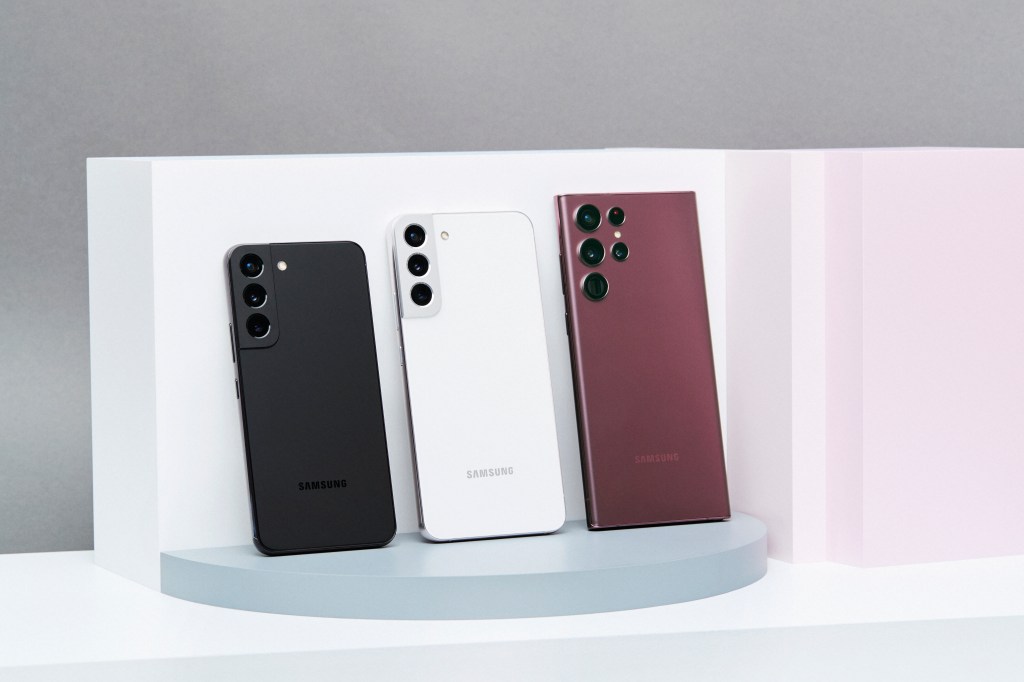 Taking a photo or video can be challenging, especially when the subjects you’re trying to capture keep on coming and going. That’s where advanced auto framing comes into play, and it promises to make situations such as this a breeze. Spend less time worrying and more time snapping pictures of your dog. 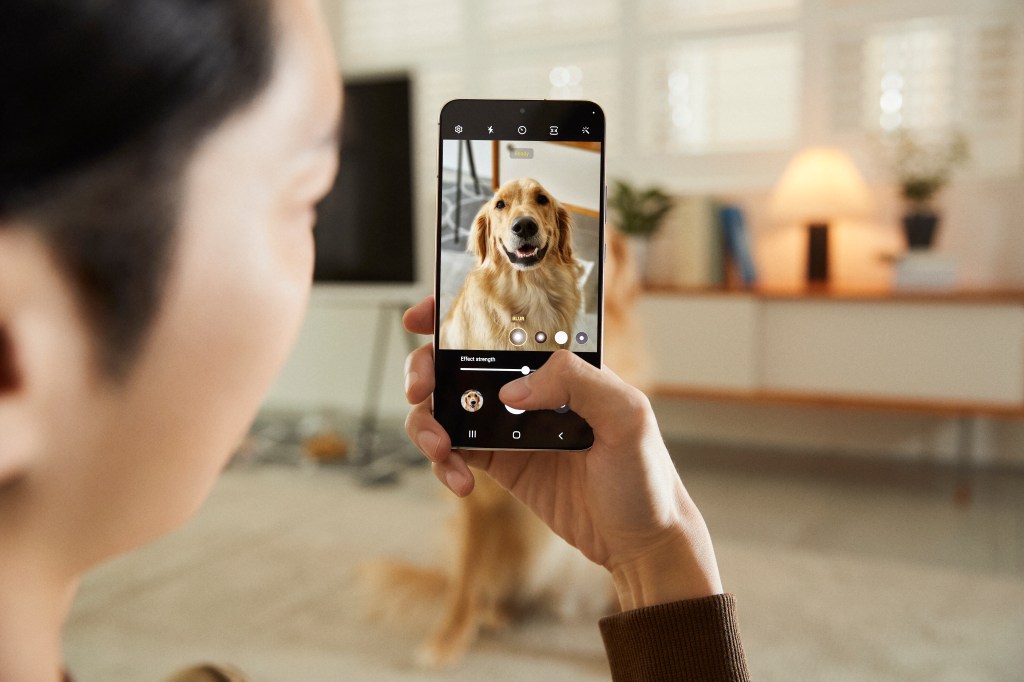 Switching between the three rear cameras on board the Galaxy S22 line can be done by switching to the appropriate zoom, but it’s a manual process some people don’t have time for. Instead, advanced auto framing will automatically adjust the frame to accommodate all of your subjects — up to 10 subjects in fact, so the only thing you need to worry about is holding the phones.

Even With the S Pen, They’re Just as Sleek as Before

You would think that the addition of the S Pen would add some bulk to the Galaxy S22 Ultra, but that’s actually not the case. In reality, the S22 Ultra sizes up with the same sleek chassis of its predecessor, which is an engineering marvel to say the least. 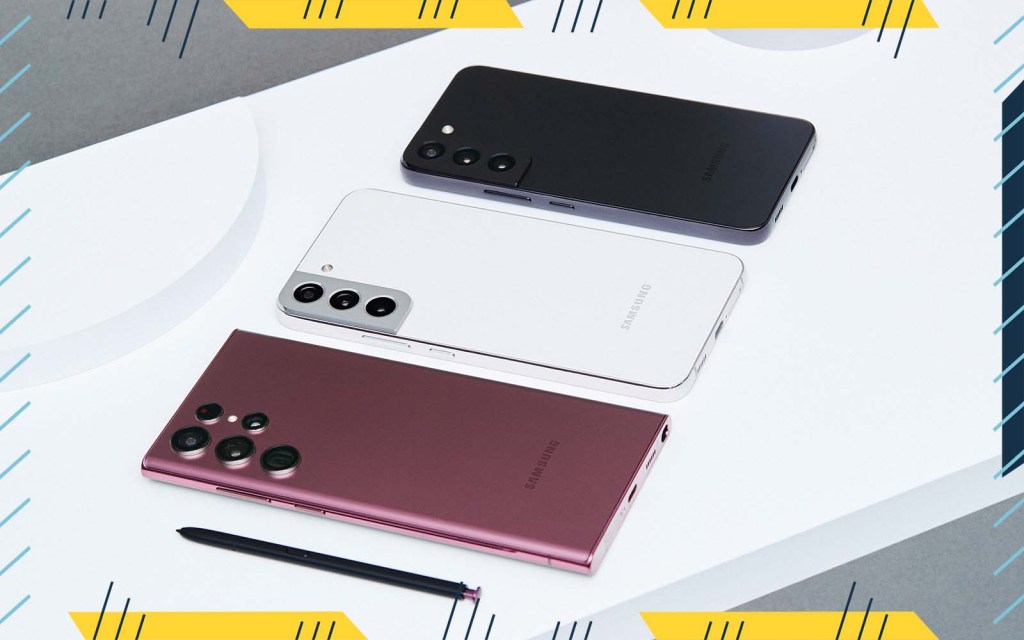 Last year’s Galaxy S21 Ultra was pretty sleek at 8.9mm, but needless to say we’re equally astounded that the S22 Ultra measures in at the same thickness. Considering the room that Samsung had to reserve for the S Pen, one would think that it would’ve been slightly thicker, but it’s not. Therefore, if you were content with the size before, you won’t have a problem this time either. And, of course, you get the same squared-off design that makes so many iPhone users jealous.

Display resolutions tend to get a lot of attention, but it’s hard to resist pointing out another quality that gets overlooked. It’s the peak brightness output of the display, a factor that’s just as important to help draw eyes to the phone. 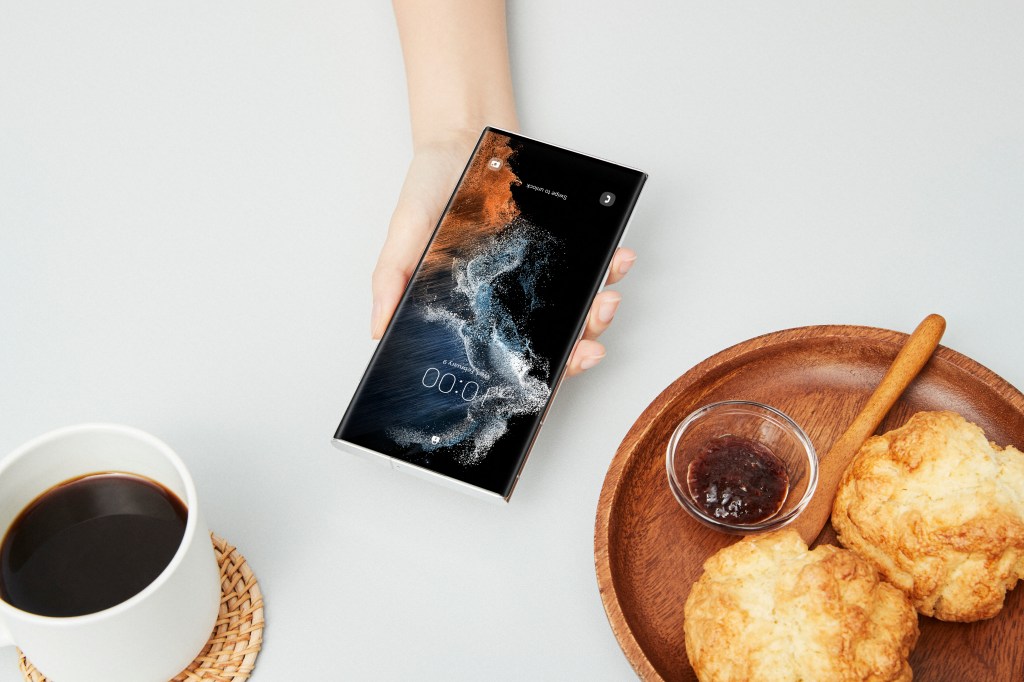 Samsung’s pushing ahead yet again in this area because the Galaxy S22 Ultra is claimed to achieve a peak 1,750 nit brightness with its 6.8-inch Dynamic AMOLED 2X Display. This isn’t just impressive, it’s actually a huge leap forward. The 1,000-nits mark is generally accepted as above average. In reality, this new mark will help the S22 Ultra’s display to maintain clarity even in direct sunlight.

This complements the wireless charging ability that’s available on all three phones. Although, you’ll need to supply a 45W charger yourself because they don’t come included with the purchase. As for the Galaxy S22, it tops out with a 25W fast wired charging system instead.

The S Pen’s back and everyone is thrilled for that paper meets pen experience. Samsung, however, is putting it to work in more ways than ever before with the Galaxy S22 Ultra with a new way of collaborating in real time with an online whiteboard.

This means that you can take your meetings anywhere remotely, whether you’re away from your laptop at home or waiting for your flight to leave from the airport. Whatever the situation, you’ll be able to collaborate on projects right on the Galaxy S22 Ultra. It’s yet another example of how our gadgets are evolving for the times.

No Change in Prices

Every year that goes by, there’s always that remote possibility of prices increasing. It’s the way of life, right? Remarkably, there’s no increase in price to this year’s crop of flagship smartphones.

That’s an important quality to be mindful of because of the ongoing chip shortages throughout the last year, which have hampered production for many of the tech gadgets we love. We’re especially thrilled to find no price increase with the Galaxy S22 Ultra, more so when it’s being packaged with the S Pen — a shocking revelation given the add-on cost to pick up the faux S Pen accessory with last year’s Galaxy S 21 Ultra.