Many faithful S Pen users have something to be happy about today because Samsung announced its return to the scene in a big way. At Samsung Unpacked 2022, the company officially introduced its flagship phones, the Galaxy S22, S22+, and S22 Ultra, which are no doubt setting the bar for the rest of the year’s smartphone race.

More importantly, though, it marks the return of the S Pen with the Galaxy S22 Ultra. But it doesn’t end there because there are also three new professional-grade tablets alongside its phones, with one of them also making full use of the S Pen.

Starting with the Samsung Galaxy S22 and S22+, this sibling pair is suited for most users who crave power, performance and general use without all the fluffy features. With their aluminum frames and glass surfaces, they don’t deviate from the design language of their predecessors — yet they can raise attention with their gorgeous AMOLED displays.

Between the two, the Galaxy S22 is the more form-fitting of the two with its 6.1-inch FHD+ Dynamic AMOLED 2X Display. Meanwhile, the Galaxy S22+ has a larger 6.6-inch screen with the same resolution. Another quality that this pair share is the camera array on the back of them. Users will have plenty of utility with the triple camera system, thanks in part to the Adaptive Pixel technology that Samsung’s leveraging to draw out even more details, clarity and color from photos.

Pricing for the S22 and S22+ start at $799.99 and $999.99, respectively, with pre-orders available starting today. However, you can expect broader retail availability beginning Feb. 25. They’ll be available in four colors: phantom black, phantom white, green and pink gold. 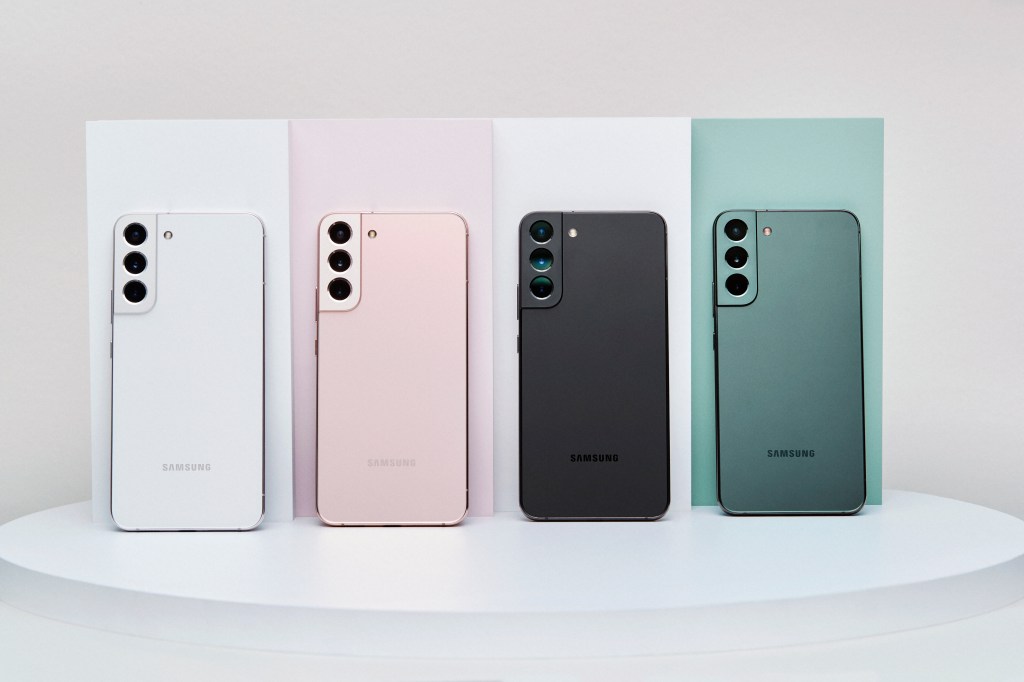 Without question, the Samsung Galaxy S22 Ultra was the star of Unpacked 2022. Yes, it’s the company’s most feature-rich and expensive phone, but it’s a return to form because it’s packaged with a proper S Pen stylus. You know, it gets stored inside of the phone instead of the faux S Pen add-on introduced last year with the S2 Ultra.

The Galaxy S22 Ultra is a handful to use with its 6.8-inch Edge QHD+ Dynamic AMOLED 2X Display when it comes to size. This phone is meant for power users that want the best of the best. Its quad-camera array on the back of the phone is intriguing. Its primary 108MP F1.8 camera can capture stunning images, complemented by the three other cameras — a 12MP ultra-wide, 10MP 3x optical zoom, and 10MP 10x optical zoom. The latter can deliver the impressive 100x space zoom to get you closer to your subjects than ever before while maintaining crisp results.

But then there’s the S Pen, too, which stores neatly inside of the phone when it’s not in use. It’s worth mentioning that the phone’s size doesn’t dramatically increase to accommodate this, which is an engineering marvel on its own. With its return, the S Pen gives the Galaxy S22 Ultra that paper meets pen experience, with 70% lower latency than the S Pen released with the S21 Ultra. The result is a smooth, more responsive writing experience.

Impressively, there’s no price increase made to the Galaxy S22 Ultra, even with the S Pen packed in with the phone. It’ll be available for pre-order starting today at $1,199.99, with general availability on Feb. 25. 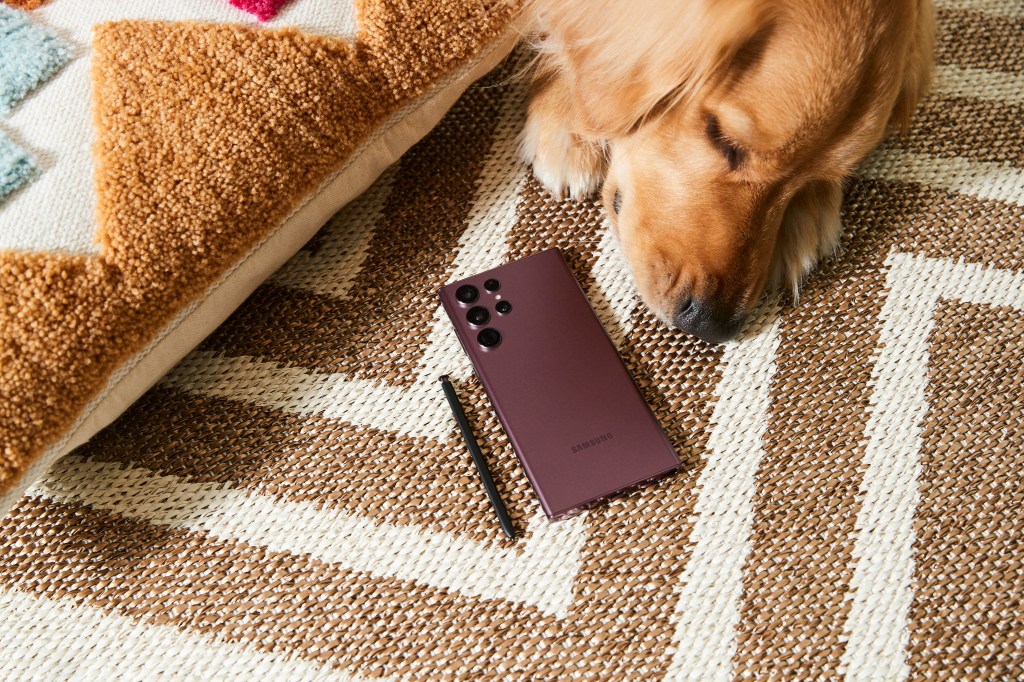 Apple’s iPad Pros have dominated the scene, but Samsung’s fighting back with its new line of Galaxy Tab S8 models. Similar to what Samsung offers in phones, we’re getting three models: the Tab S8, Tab S8+, and Tab S8 Ultra. Naturally, the sizes differentiate them, but like in its phones, it’s the Ultra that stands out of the bunch.

Consumers will have plenty of decisions to make, but the most important is which one to choose. The Galaxy Tab S8 and S8+ aren’t too different, apart from the 11-inch LED display in the Tab S8 and 12.4-inch Super AMOLED of the S8+. However, Samsung goes big with the Tab S8 Ultra and its very large 14.6-inch Super AMOLED display, which dwarfs the size of the 12.9-inch Apple iPad Pro.

These tablets are geared for serious power users who want the portability of a smartphone and the power of a laptop. And you know what? Samsung seems to agree with that sentiment because the Tab S8 Ultra can accompany a cover and keyboard to mimic the laptop experience. Adding more value to the package is that the Galaxy Tab S8 Ultra comes with the S Pen, which can neatly be stowed away on the back of the tablet when it’s not in use. For users, the S Pen adds utility in jotting down notes, drawing and even using it to navigate the software. 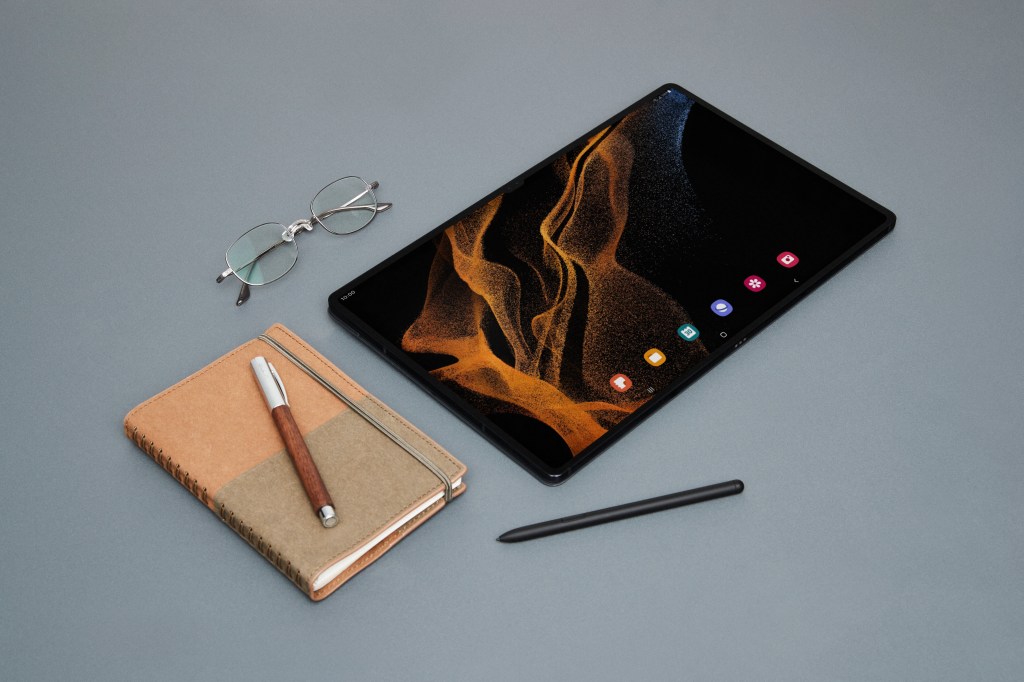