It’s hard to believe that Samsung’s already at its fourth generation of foldable smartphones. The Samsung Galaxy Z Flip 4 takes everything we’ve known about the previous flips phones in the series and refines the design to make it even more durable while also tossing in features that play into the needs of today’s content creators. If you’re big into creating TikTok videos or Instagram Stories, you’ll love what this new flip phone offers.

We got to spend quite a bit of time with the Samsung Galaxy Z Flip 4, seeing it in action and how it handles. Samsung started the year at CES with innovative products like the Samsung Freestyle projector, then followed it up a month later with the announcement of the Galaxy S22 series — so the bar’s been raised high for what consumers expect.

If you’re drooling for the chance to snag one, pre-orders for the foldable are available now. There’s also an incentive for getting a pre-order that we’ll detail below, but the phone officially goes on sale starting at $999.99 on August 26. 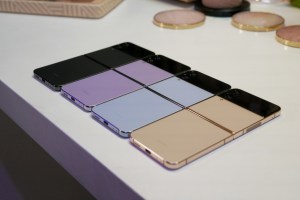 What We Love About the Samsung Galaxy Z Flip 4

Video is huge all over the internet, so it’s no surprise that Samsung focuses heavily on this with the Galaxy Flip 4. Whether it’s Instagram, YouTube, Facebook, or TikTok, the phone was made with content creators in mind — and it’s more evident with its cameras. The rear dual-cameras have plenty to offer, thanks partly to the FlexCam feature. 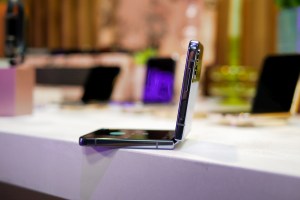 You can capture video content hands-free by propping up the phone, so you’re still using the rear cameras for recording. However, the cover screen display perched next to the rear cameras can be activated to give you a preview while you’re actively recording.

Read more: The Best Smartphone Rigs for Enhancing Your Filmmaking

Samsung’s intention here is a logical one because it solves a major problem that creators run into when they’re shooting video of themselves. For starters, they’ll be using the rear cameras instead of the front one, which is great because the rear cameras offer better quality. Add to that the usefulness of the Cover Screen, you have a versatile camera for hands-free recording that lets creators see what they look like while recording. 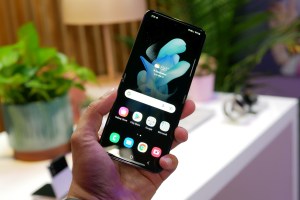 Beyond the cameras, the design has been refined to give the hinge a more solid feel when opening and closing it. There’s a fair amount of resistance whenever we unfolded the phone to see its stunning 6.7-inch FHD+ Dynamic AMOLED display, but that shows that it’s unlikely to wear as much.

Equally impressive, it’s unimaginable how Samsung was also able to give it an IPX8 water-resistant rating and wireless charging function. Given the engineering constraints of a foldable phone, these are two features we didn’t think would make it, but they did, to our surprise. 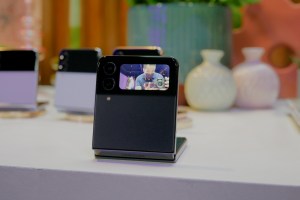 We also love how Samsung is making the design more personable than ever with the Bespoke edition of the phone, which allows consumers to mix and match the colors of the phone’s casing to make it their own. It’s just another way of customizing an otherwise typical-looking slate.

In terms of price, the Samsung Galaxy Z Flip 4 will start at $999.99. Pre-orders are available now, with general retail availability slated for August 26. That’s the average cost of most flagship phones, so it’ll be interesting to see how its battery life and cameras perform because those are undoubtedly two of the biggest areas that separate good phones from the best smartphones. 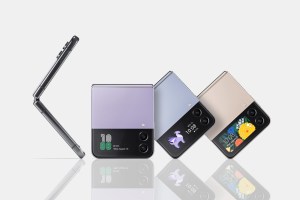 Everything Announced At Samsung Unpacked 2022