* Keep devices charged when the power goes out
* Great to carry for hikes and camping
* Minimum 3.7-star reviews

From hurricanes and floods to wild fires and impending snowstroms, Americans from coast-to-coast are learning just how terrible it is to lose electricty. There’s nothing you can do about weather disasters and the ensuing power outages, but you can make the experience a little less awful by ensuring that your devices don’t die. All you need is one of these solar chargers. They come with solid customer reviews, and they’re all on-sale at Amazon right now.

Built with a 10000mAh battery, the GRDE Solar Charger ( $19.99 | 57% off) can charge your iPhone up to 3.5 times. A compact solar panel lets you recharge the battery using sunlight, and dual USB ports (universal 5V/1A and 5V/2.1A) use smart identification to charge two devices at once.

The GRDE Solar Charger also features two LED flashlights that operate in three modes: Steady, SOS and Strobe. It’s outfitted with a carabiner and compass, making it smart to carry on your backpack for outdoor adventures. It’s dust-proof and boasts excellent heat dissipation, as well as water/shock resistance. 4.1 stars from 101 reviews. 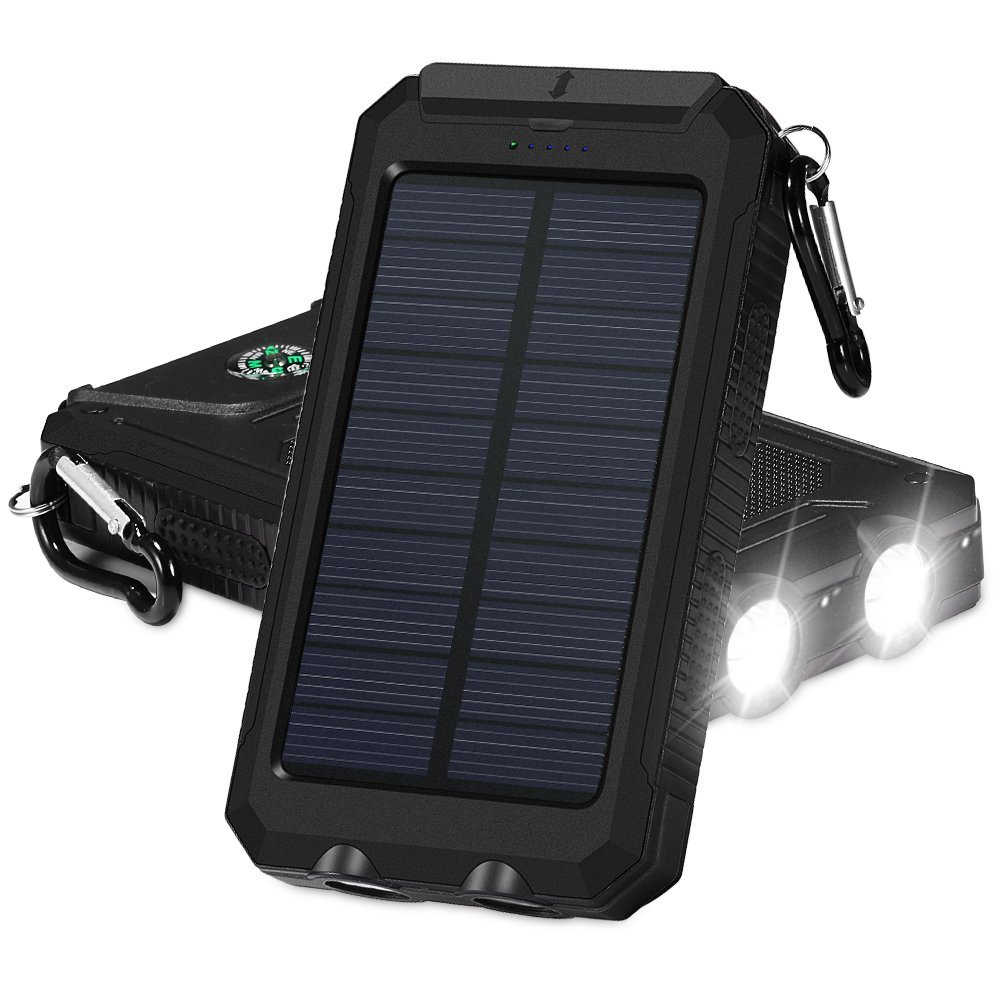 A must-have for your emergency kit, the FKANT Solar Charger ( $21.99 | 20% off) is outfitted with a 15,000 mAh rechargeable Li-polymer battery, giving it a huge capacity.  The solar panel can be used to recharge the battery, and dual USB ports allow you to charge two devices simultaneously.

Four LED indication lights let you track the power status, while an additional six high-bright LED beads mean the FKANT Solar Charger seconds as a flashlight. The rugged design is shockproof and water resistent. Plus it’s easy to hold in hand and carry. 3.7 stars from 550 reviews. 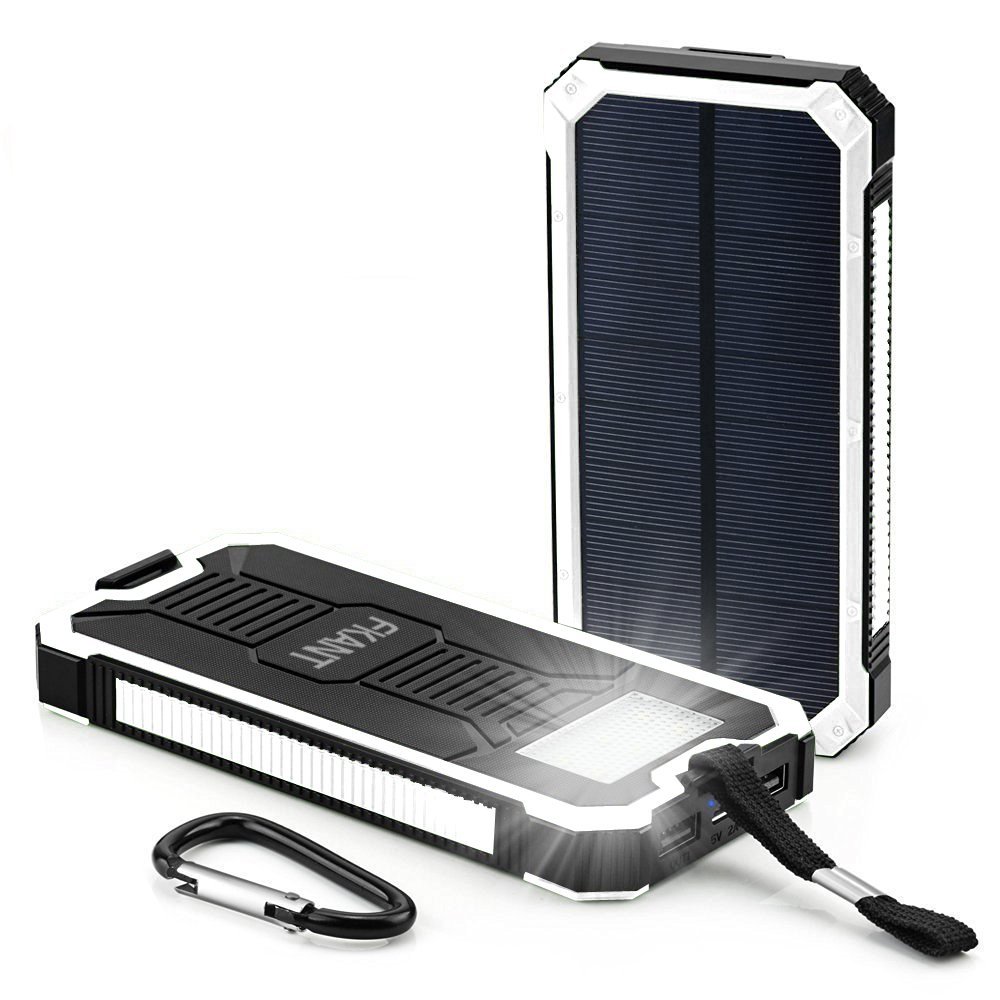 A metal hook lets you hang the WBPINE Solar Charger from your backpack. It comes equipped with four LED indicator lights to track the power status, and an LED flashlight that operates in three light modes: Steady, SOS and Strobe. 4.5 stars from 11 reviews. 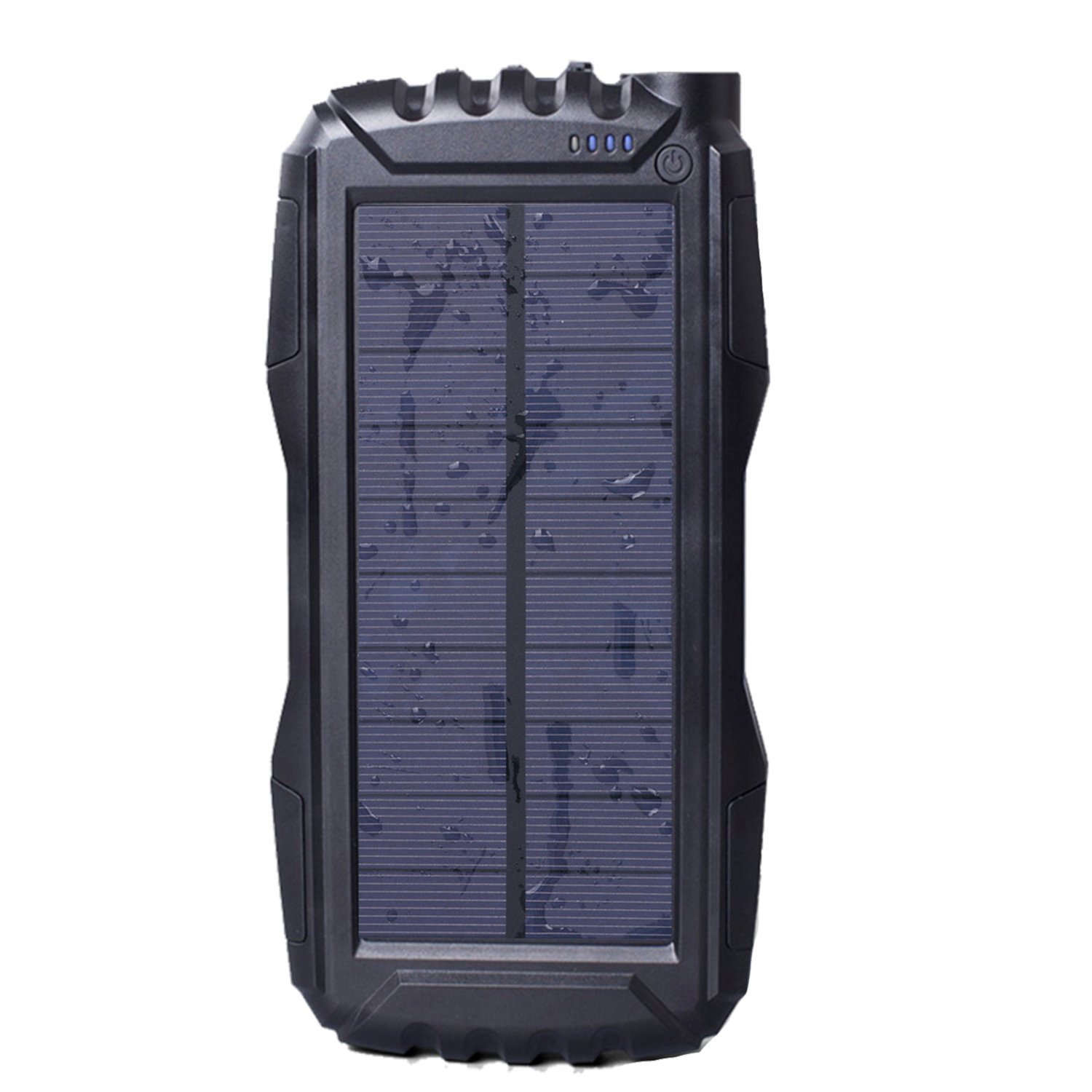