“What’s the deal with your new phone?”

More than a few people picked out the sleek, slim device I was carrying as I took the new Xperia 1 phone from Sony for a test drive — both literally and figuratively — up the California coast. I’ve been an iPhone user for as long as I can remember (though way back in college I may have begged my folks for a T-Mobile Sidekick), but when Sony offered me the chance to try out the Xperia 1 before it even hit stores this month, I was intriuged.

The iPhone had served me well over the years, but as someone who’s constantly creating content for social media, working on shoots, reviewing video clips and taking notes on the fly, I wanted to see if the Xperia 1 could keep up with my demand for a fast, intuitive and premium smartphone experience. I needed sharper images, faster processing, and ease of use. Practicality-wise, I also needed something that was easy to hold as I was shooting, and lightweight and slim enough to carry when I needed it tucked away.

I spent two weeks with the Sony Xperia 1, first getting up close and personal with the stars of Spider-Man: Far From Home at the film’s Hollywood premiere, and then taking the phone with me on a road trip to Napa, San Francisco and then back down the coast to Los Angeles.

Sony bills the new Xperia 1 as “the best experience in a smartphone.” Here’s what I thought.

The new Xperia 1 is the latest smartphone release from Sony. Measuring 6.5 x 2.8 x 0.3 inches, it’s longer than say an iPhone, but thinner and less wide. The main thing to know about the Xperia 1 is that it’s the world’s first 21:9 CinemaWide 4K HDR OLED display. The result: like a premium 4K TV, you get sharper, more vivid colors, rendered in a cinematic aspect ratio with a deeper unrestricted field-of-view. You basically get edge to edge video, which is especially fun for big movies and gameplay. 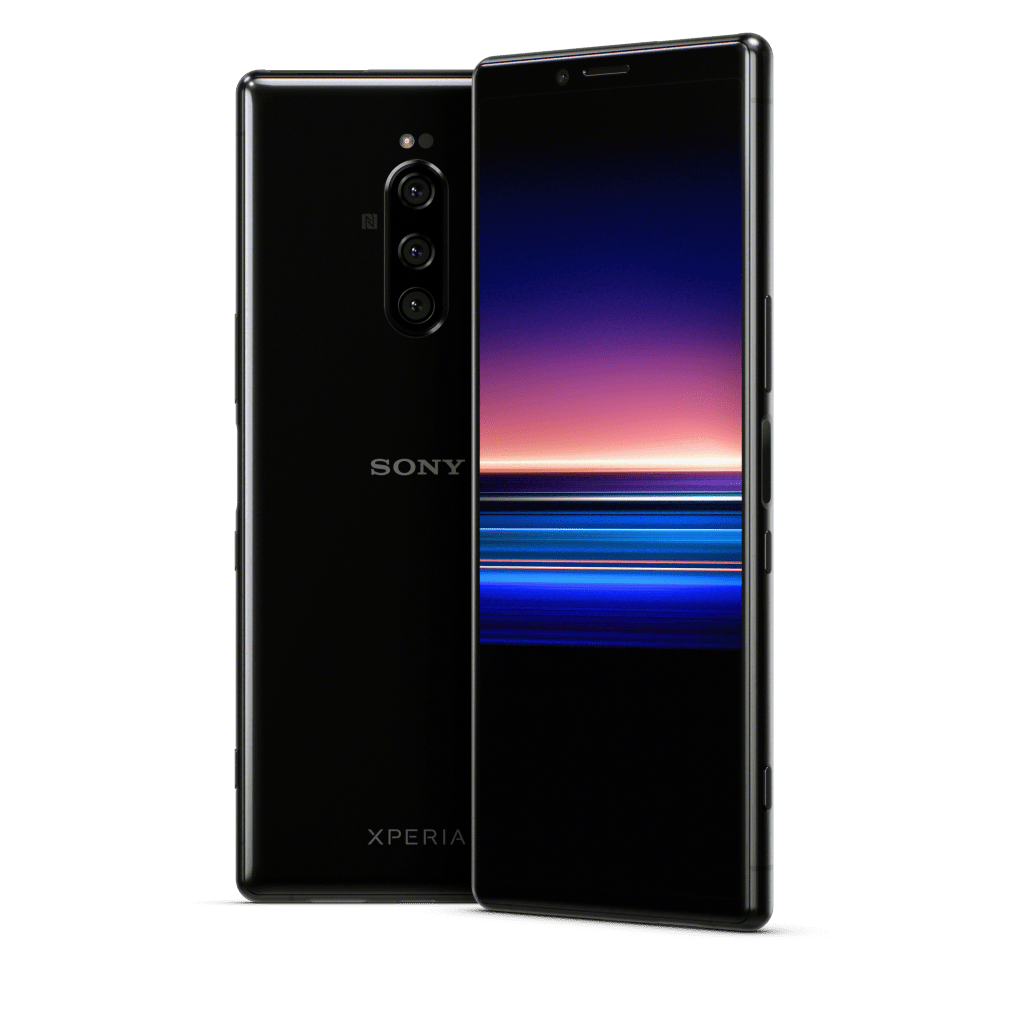 The Xperia 1 also boasts a triple lens camera that delivers 12MP photos in almost any situation and lighting conditions. You get a 16mm lens for wide landscape shots; a 26mm lens; and a 52mm lens for telephoto shooting (Sony says this is equivalent to what you’d find on a classic 35mm camera).

The sleek display is all encased by durable Corning Gorilla Glass on the front and back, while IP65/IP68-certified water resistance protects against dust, dirt and accidental splashes. I decided to use my phone without a case, and though it banged up against my office desk a couple of times and fell out of my pocket onto the ground as I was exiting my car, there was nary a scratch to be seen or felt.

Battery-wise, the Xperia features a high capacity 3330 mAh battery, which, when combined with Sony’s “Smart Stamina” and “Xperia Adaptive Charging” technology, kept my phone powered up throughout the day. Even when I was on the red carpet taking hundreds of photos and alternating between stills and videos, the battery kept up well and I never once worried about needing to recharge.

As someone who is always looking to improve and upgrade my photo game on my phone, I liked how the Xperia 1 incorporates many of the same professional-grade techologies used in Sony’s professional monitors and Alpha cameras.

Among my favorite features: the world’s first Eye AF (Auto Focus) in a smartphone, which tracks subjects more accurately and clearly, without a lot of lag time. When Zendaya or Tom Holland is waltzing past you on a red carpet and being pulled in a million different directions, you have just a few seconds to “get the shot.”

Fortunately, the Xperia 1 also lets you take photos with continuous burst shooting, with up to 10 fps AF/AE tracking (Auto Focus and Auto Exposure) to give you precision focus and optimal exposure. Its “Dual Photo Diode” image sensor ensures that even moving subjects are blur-free, while RAW noise reduction delivers beautifully clear images, that focus on the subject you’re shooting and not everything else around him or her. 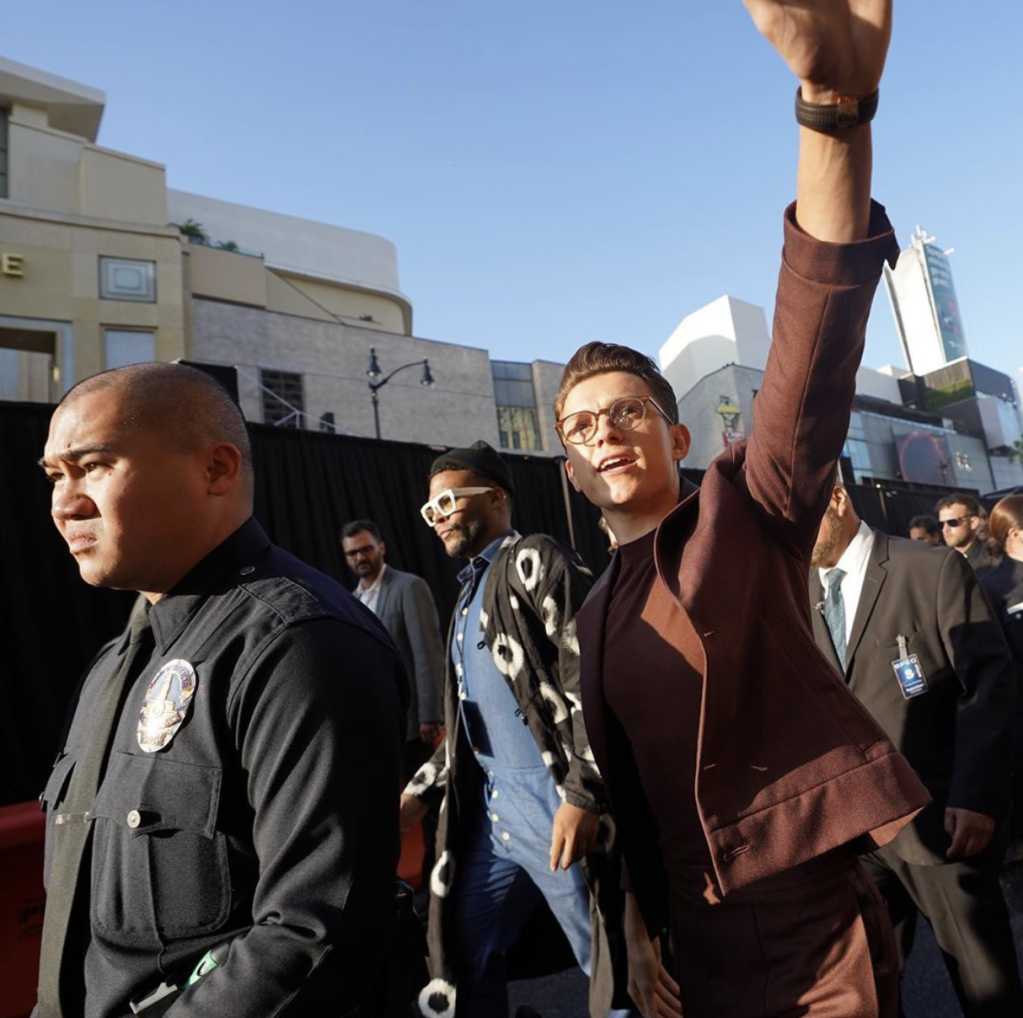 The best part was testing out Sony’s “Cinema Pro” mode, which mimics the features and skills of a digital camera. As someone who has had experience with Sony digital cameras before, I was surprised to see the same functionality of those large physical cameras available on my tiny phone. It let me shoot photos and record clips with the same parameters and color settings as I would on my digital camera. Sony says you can also pair your Xperia 1 phone with a digital camera to use the phone as a viewing monitor, say on the set of a photoshoot or film. Simply adjust the settings on your phone to match the settings on the camera being used for the shoot.

On my drive down the California coast, I didn’t always have time to stop the car to take in the view (or to take a pic), so a few of my photos and videos were shot from inside the car as it was in motion. And while not all of those clips turned out so great (chalk it up to windy conditions and an unsteady hand), I was saved by the phone’s hybrid stabilization system, which uses “Optical SteadyShot” technology to ensure smooth and shake-free recording.

I don’t typically listen to music or watch movies on my phone — I usually cast my music to my Sonos speakers and save movies for my TV — but if you like to use your phone for entertainment, the Xperia 1 is enhanced by Dolby Atmos, tuned in collaboration with Sony Pictures Entertainment, to get you fuller, more dynamic audio and a more immersive experience.

I will say the sound could be louder (I had to turn the volume way up) and I wish there were more contrasts between the bass and trebles, but again, if you really want that loud, deep rumbling from your music or movies, you’ll likely be listening through a set of connected speakers or soundbar anyway. For on-the-go entertainment, the Dolby Atmos sound is pretty decent.

The most frustrating part of using the Xperia 1 is compatibility. As someone who has been using iOS products for years, it’s almost impossible to sync my phone or share photos to my computer or cloud without first downloading a program or app that solves these Android-to-iOS issues. You can’t just AirDrop everything y’know?

Existing Android users will have no problems, but if you’re thinking about making the switch from an iPhone to the Xperia 1, you’ll have to consider just how much content you need to get off your phone and how you’re going to transfer everything.

Another minor concern is the size of the screen itself. Because it’s a lot longer than other phones, it’s doesn’t quite sit in the pocket of your pants as securely and sticks out a little bit. If you’re someone like me, who prefers to carry his phone in his pockets, it’s a little uncomfortable and also a little nervewracking to feel like the phone could slip out at any moment. If you carry your phone in your bag or purse, this won’t be a problem.

Ergonomically, I felt like the phone was a little delicate in the palm of my hand, as its slimmer design requires a more wrap-around grip (versus say, a phone that fits the width of your hand and just needs a little pressure on the ends to hold onto). It’s not a huge issue, but something that definitely took getting used to. 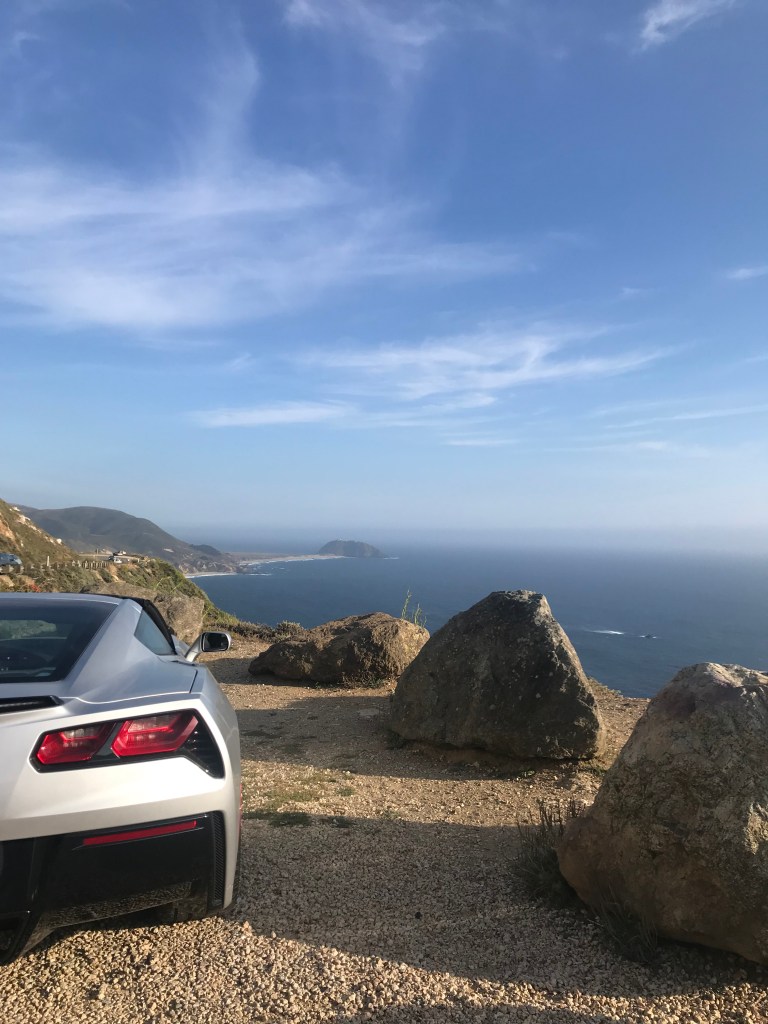 While this is a smartphone that’s great for creators, it’s also a great phone for people who need to stay powered up and connected on the go. After unlocking the phone with your thumb sensor (found on the side of the phone rather than the bottom), your apps and programs are all loaded on the screen and a simple scroll gets you straight to your email, notes, photos and contacts. The phone was intuitive and easy to pick up after just a few minutes of playing around with it, and everything was well-placed both on the screen and the physical phone itself.

Sony says the Xperia 1 boasts improved power efficiency over previous phones in its portfolio, thanks to the latest Qualcomm Snapdragon 855 Mobile Platform. It offers high-speed Gigabit LTE capability, up to 25% faster CPU, and up to 40% GPU performance versus the previous generation. For business especially, everything is very fast, reliable and convenient.

Of course, having picked up the Xperia 1 before it went on sale to the public made me (and the Sony Xperia team) a hot commodity on the Spider-Man red carpet, with stars and photographers asking about the slick black phones we had in our hands. In San Francisco, a hotbed for tech, dozens of complete strangers approached me at the coffee shop and later at brunch, asking to check out my phone.

They say first impressions matter, and while the new Sony Xperia 1 is packed with upgrades and performance features, it’s the chic, luxe aesthetic that will first get it — and you — noticed. The clean lines, minimalist styling and smooth curves will make people want to pick it up. Once they actually start using the phone, well, it may be hard for them to ever put it down.

The Xperia 1 will launch July 12 in the United States at Best Buy, Amazon, B&H Photo, and other participating retail outlets and will retail for MSRP $949.99. See the latest price on Amazon here .