If you want a smartwatch that looks like a proper luxury timepiece, there aren’t a ton of options, at least, until VELDT entered the U.S. market in late 2019. VELDT is a young Japanese company making its first inroads in the U.S., and the brand’s LUXTURE Aarde smartwatch doesn’t look or act like the smartwatches we’re used to. Now, a Japanese smartwatch with a Dutch name is presenting a bold challenge to common conceptions of smart wearables.

The smartwatch trend began with the Apple Watch, which was followed by different varieties of Android-powered units. Whether you prefer Apple or Android, both types of smartwatches traded the traditional watch face for a small screen. Essentially, you’re strapping an iPhone or Samsung tablet to your wrist, with some fitness tracking functions thrown in for good measure. However, the VELDT team is bringing some subtlety and style back to the high-tech watch game.

We got our hands on the VELDT LUXTURE Aarde watch, and we were immediately impressed with the design. The designers built quartz movement into a slim casing under impact-resistant glass. Around the watch face and under the analog dial, the LUXTURE packs 24 hidden LED lights in the bezel. Those lights serve as the primary focus for the device’s “smart” features. 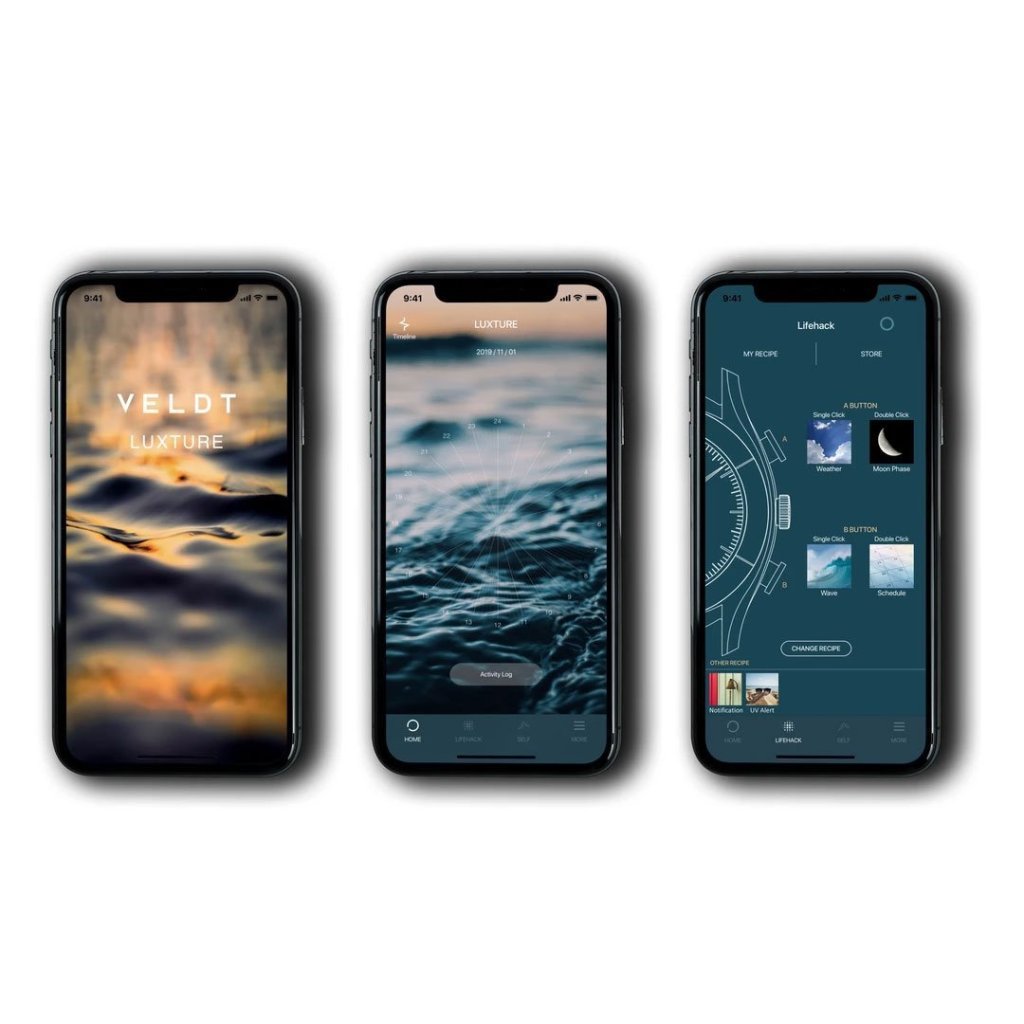 The watch communicates with its wearer through those bevel lights using varying patterns, colors, frequency, etc. Through these light-based notifications, the owner can identify incoming calls, email and text alerts. If the user is a social media devotee, he or she can connect the visual display to interact with Instagram, Facebook, WhatsApp and other social apps.

Beyond this uncommon approach to common smartwatch functions, the VELDT keeps the health of its owner and its planet in mind. The LUXTURE keeps the user informed on UV exposure, weather data and other health and well-being factors. The device can also issue an occasional Climate Action Reminder to promote “awareness of global climate change” and encourage individual environmental efforts. All of these functions are adjustable in the watch’s setting.

What We Liked About the VELDT LUXTURE Aarde Smartwatch:

There’s no denying the LUXTURE looks great. Modern, yet understated, it’s much more of an eye-catcher than the more common, screen-centric smartwatches and fitness trackers. Though serviceable, the LUXTURE’s more pervasive competitors can look like toys on the grownup arm. The VELDT aesthetics strike the beholder as much more mature and stylized. Owners will look like he or she gives as much of a damn about how they look as to what functions their watch serves. We also love the LED notification system. It’s a clever approach that only enhances the watch’s overall design.

Other notable benefits include: 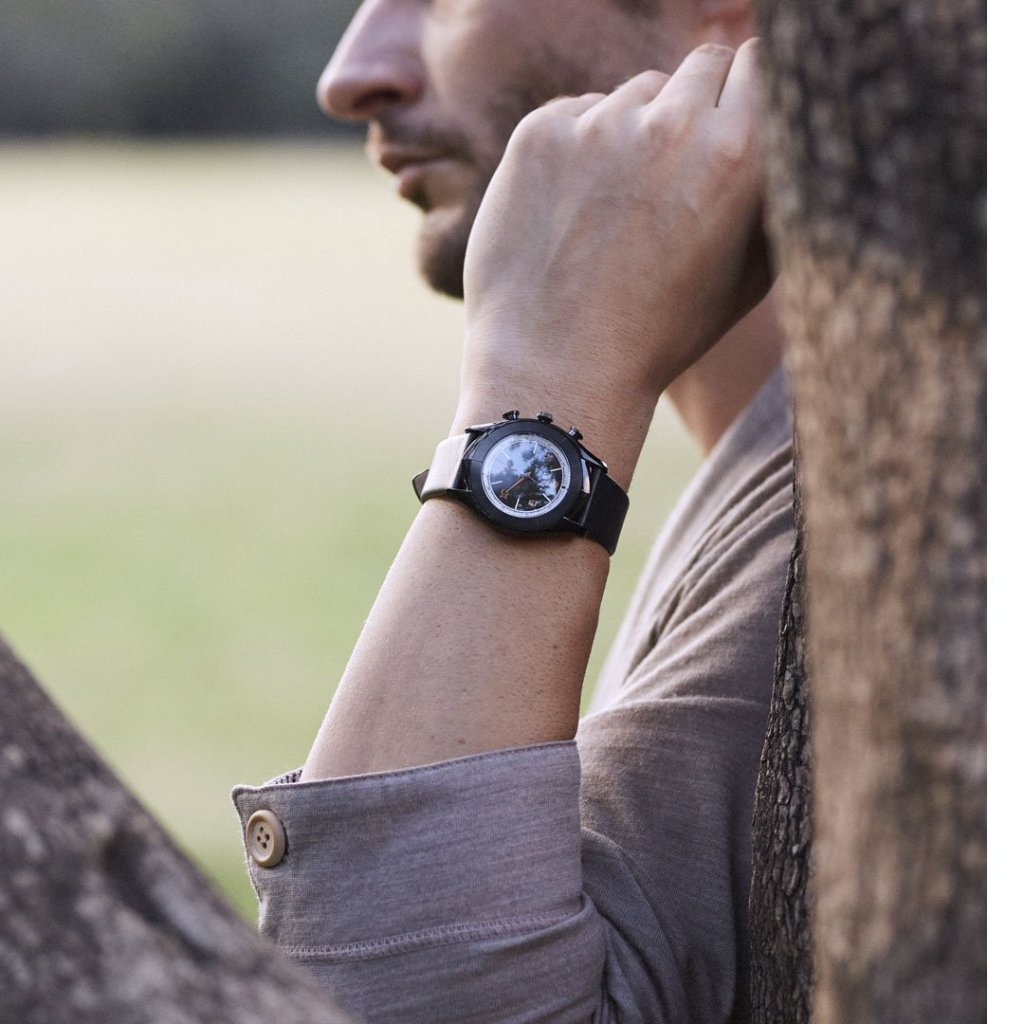 Most Unique Feature: The Interface

For most smartwatch buyers, the wearable is really a “middle man” for a smartphone. The touchscreen interfaces mirror the parent devices, relying on point-and-click tech to communicate back and forth with a phone. The LUXTURE’s light-based communication system is unique to VELDT creations and much more elegant than a tiny, bulbous phone’s glass face.

Rather than a miniature phone that you wear on your wrist, the LUXTURE is a luxury timepiece with smartwatch functionality. 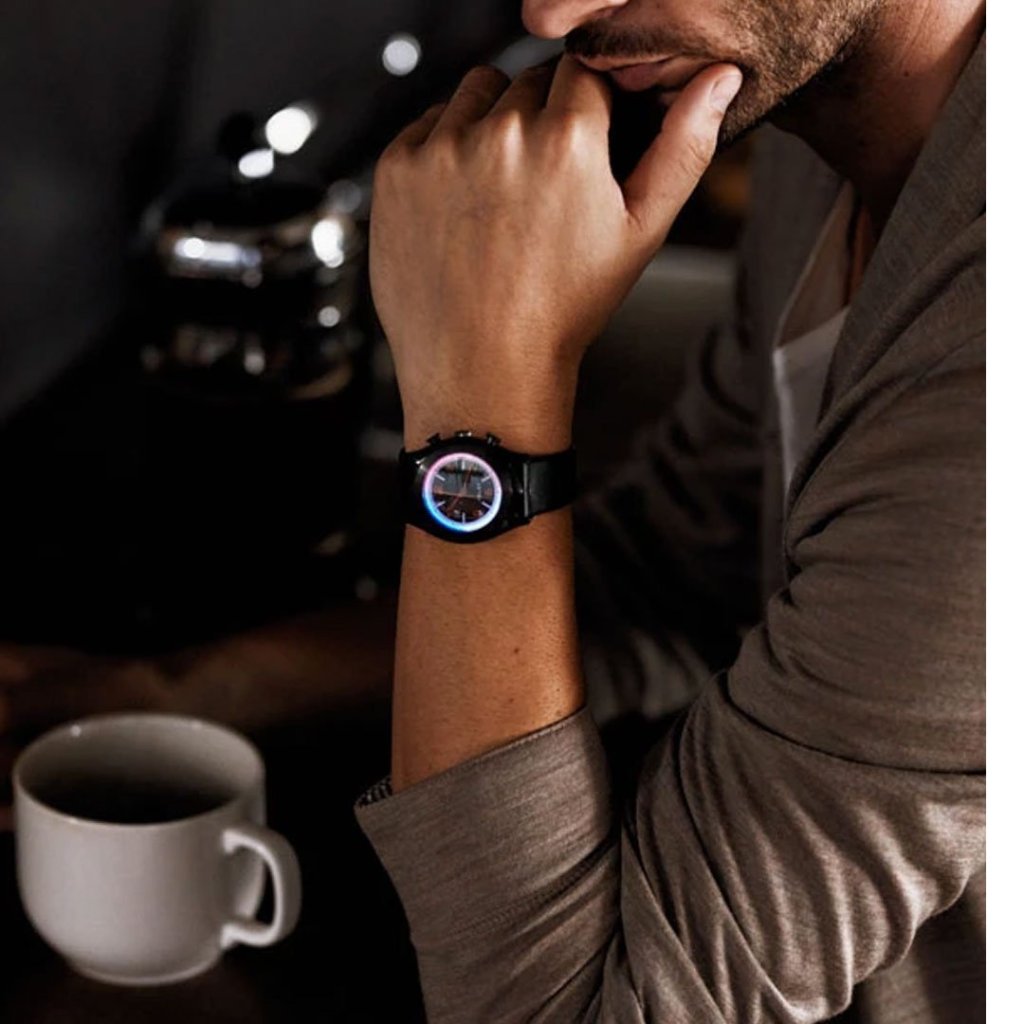 What We Didn’t Like About the VELDT LUXTURE Aarde Smartwatch:

Luxury, function and style don’t come cheap as the VELDT LUXTURE Aarde Luxury Hybrid Smartwatch shoots for the higher end of that smartwatch MSRP spectrum. With a price set at $650, the Veldt is in a tricky niche. It’s not pricey enough to carry the prestige of a haughty luxury timepiece, but it’s more expensive than even the most decked out, purely functional smartwatches.

Finally, you won’t find as many fitness tracking abilities in this smartwatch as you would with a Garmin or Suunto smartwatch.

The VELDT LUXTURE Aarde Smartwatch is made for people who want something unique on their wrists. Visually stylish and sophisticated, the watch is less of a wearable phone and more of a timepiece looking to offer additional technological convenience. It’s up to the given watch horse whether its higher price is a deterrent.

Where To Buy the VELDT LUXTURE Aarde Smartwatch 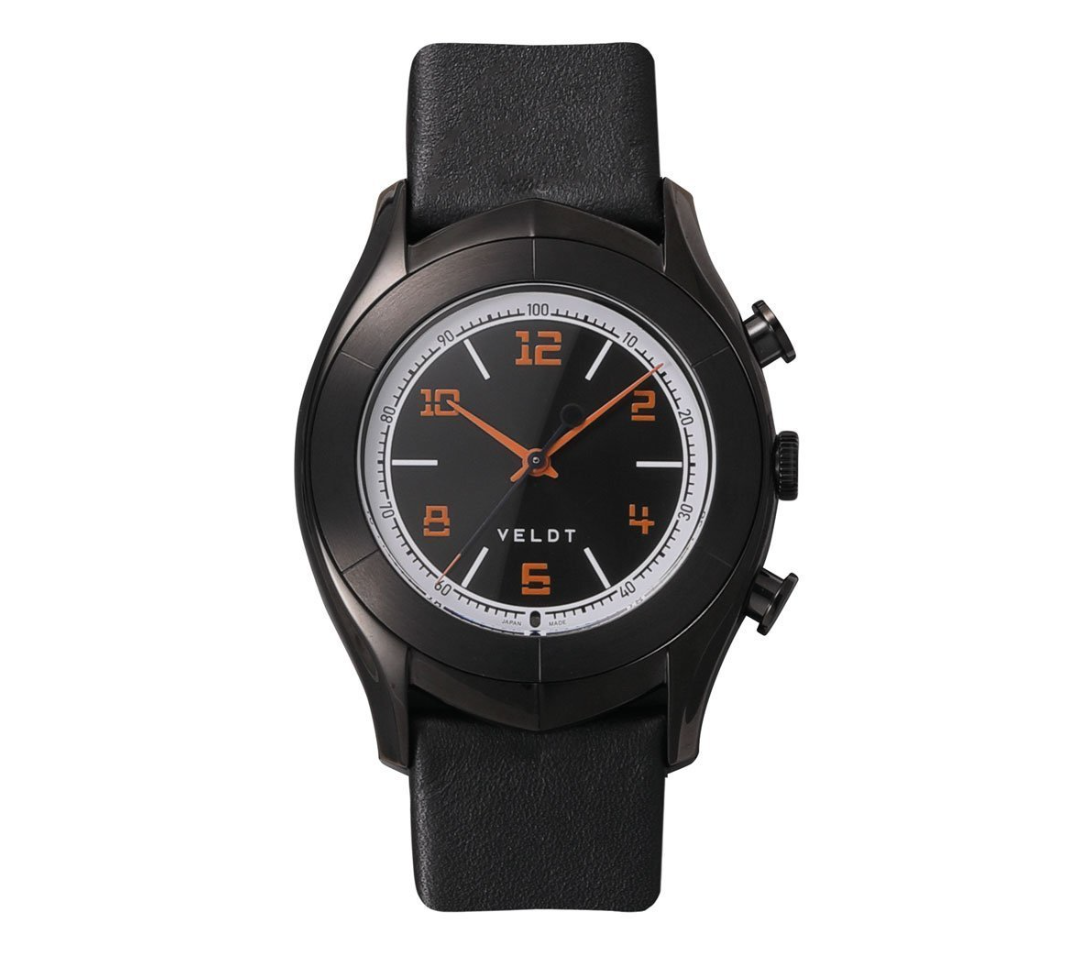 The Best Men’s Watches For Every Budget and Style