Smart security cameras have come a long way since they first arrived on the scene. I remember the first time I got my hands on one back in 2012, which, unlike today’s cams, uploaded its captured videos directly to YouTube. Needless to say, they’ve evolved significantly since then.

One of the best examples today is the Wyze Cam V3. Don’t let its oddball, cube design fool you because after spending more than a year using it, I’m still blown away by what this tiny camera can do.

That’s why it was an easy choice when SPY named the best home security cameras of the year. We also named this $36 camera to our list of the best indoor security cameras recently thanks to its affordable price tag and excellent night vision.

Add Comment
1 Person Commenting
Btrack
4 months
The part about wyze not having customizable detection zones is wrong. The wyze DOES have customize option...

Add Comment
1 Person Commenting
Btrack
4 months
The part about wyze not having customizable detection zones is wrong. The wyze DOES have customize option…

We highly recommend this low-cost indoor security camera. Read our full Wyze Cam V3 review below to find out what we learned after using this small but mighty camera for over a year. 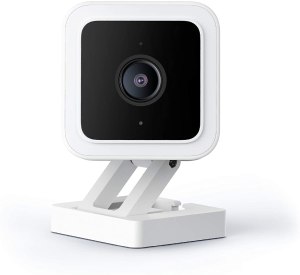 It’s been a long time since I’ve initially set up the Wyze Cam V3, so I decided to reset and remove it from my account to start fresh. Thankfully, Wyze’s mobile app has gotten better since then. After a few on-screen instructions that eventually required me to scan a QR code with the camera, it was connected to my home’s Wi-Fi network in about five minutes. 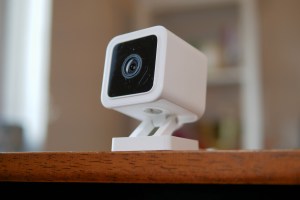 Even though it’s IP65 rated, which allows it to operate as an outdoor camera, I’ve been using it indoors instead — perched right on my desk in my home office. With its 6-foot cord, it’s plenty enough to reach the nearest outlet without stretching too much.

Compared to other security cameras, the Wyze Cam V3 certainly stands out with its charming cube-shaped design. The all-plastic construction initially made me skeptical, especially when it felt hollow, but it has managed to stay resilient through the many drops on the floor it has endured. Not only does its base offer some degree of articulation, but it comes with screws to mount it on the wall and a magnetic connection. 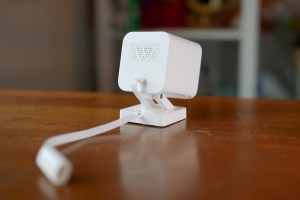 One of the biggest gripes I have about the design is the integrated power cable. It’s a short 6-inch cord with a female micro-USB port on the end, which then connects to a longer microUSB cable. Now, if this cable goes bad, it would mean replacing the entire camera. On one hand, it would make most people wonder why they’d go with this implementation, but the integrated power cord was purposeful to make it water resistant.

When it comes to keeping a watchful eye, the CMOS Starlight sensor of the Wyze Cam V3 manages to produce okay-looking 1080p video. There’s enough detail to make out things, but the 20 fps capture rate has trouble with moving subjects — resulting in more blurring. In my experience, though, it only becomes a problem when there’s less ambient light around. Dynamic range is also a challenge, which causes highlights to be overexposed. 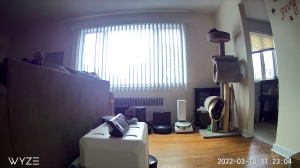 Screenshot from the Wyze app taken during our test of the Wyze Cam V3. John Velasco | SPY

Night vision is where the Wyze Cam V3 truly sets itself apart from most of the competition. It seems like the sensor is able to draw in more light, which results in sharper details. I’m even inclined to say it looks better than the daytime footage. However, I’m most impressed by its color night vision, which dabs a bit of color into the footage with the help of some ambient light.

Seriously, this is a deeply impressive feature given the V3 camera’s low price tag. I’ve extensively tested all of the top competitors, and you won’t find better night vision for the price anywhere.

Out of the box, the Wyze Cam V3 offers your standard security monitoring. It’ll automatically send alerts whenever it detects motion or sound, which can be customized in the settings to alleviate some of the alerts coming to you. Alerts can also be lessened by setting up motion zones that watch out for motion in key areas of the scene. 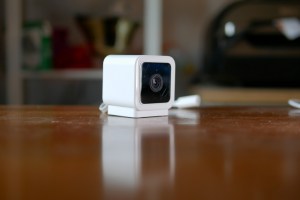 Even though it has managed to detect events just fine, the alerts sent to my phone come in the form of snapshots rather than full length video. In order to get the most out of it, you’ll need to subscribe to Wyze Cam Plus. It undercuts other services with its $1.99 per month cost and comes with unlimited event recordings stored in the cloud. In addition to that, the camera gains advanced detection to discern people, vehicles, pets, and packages.

Sure, it’s an added cost, but it’s worthwhile enough to tone down some of the redundancies of it constantly detecting all motion — like how my cats stray into its view every now and then.

It should be worth mentioning that it features local storage courtesy of its microSD card slot. In fact, you have the option to record triggered events or set it to continuously record. Even though I personally don’t have the time to preview all of the footage, this feature can be an asset for others. 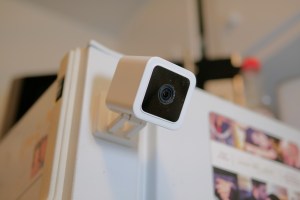 Unfortunately, Wyze doesn’t offer any sort of geo fencing option with its cameras. I’m not a fan of having to frequently set it to either away or home, just because there have been several occasions when I’ve completely forgotten to do it. I imagine that it wouldn’t take the company long to roll out this feature, but it’s the one feature it desperately needs.

Our Verdict: It’s Incredible How Many Features You Get for $36

If you don’t mind a little bit of micromanaging, the Wyze Cam V3 gets the job done with its rich set of features to keep a helpful watch over your home. Compared to its rivals, it offers a far more robust set of features you wouldn’t find in a security camera in its price range.

You bet. At under $40, it’s not often you’ll find a security camera with color night vision, local storage, and water-resistant construction. Plus, Wyze Cam Plus is one of the cheapest subscription services around.

I’m still surprised that after a year filled with nearly a handful of drops, the Wyze Cam V3 is still chugging along despite its hollow feel. There’s a 1-year limited warranty thrown in to cover defects as well.

The Wyze Cam V3 sets the bar in terms of what I expect from security cameras under $50, with very few coming close to matching its package. Nonetheless, here are some direct alternatives worth considering.

Priced similarly, the Blink Mini is another super discreet indoor security camera that captures 1080p footage and can save them locally to a USB flash drive with the help of the optional Blink Sync Module 2. 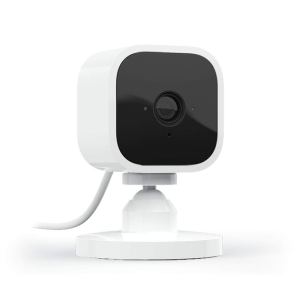 Pushing the boundary to the next level, the Eufy Security Solo IndoorCam C24 is one of the few cameras you’ll find under $50 with the ability to capture crisp 2K video. 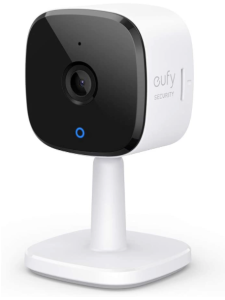 Even though it costs more, the Ring Indoor Cam has proven to be a reliable camera that benefits from Ring’s extensive ecosystem. It even has a geofencing feature to automatically arm itself. 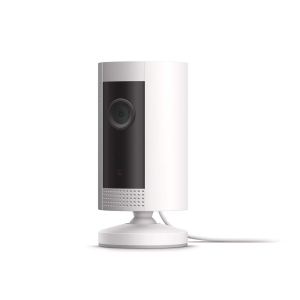 Editor’s Note: After originally publishing this article on March 12, 2022, we have updated our original review with additional information about the Wyze camera’s zone detection capabilities.