Everyone’s in the smart speaker business, including brands you’ve probably never heard about. Meanwhile, we have well-known options from Google and Apple, but it’s Amazon who laid out the groundwork for many of today’s smart speakers.

Even though the Amazon Echo Dot (4th Gen) is still the entry-level model in Amazon’s current lineup, don’t let its lower price tag and diminutive size fool you. Having spent over a year using the sphere-shaped speaker, I can confidently say that this speaker is deceptively good at what it does.

Getting it set up and connected to my home’s WiFi network was a breeze, taking under 10 minutes to complete the process from start to finish. You’ll need an Amazon account (of course), as well as the Alexa app downloaded onto your mobile device.

Once I went through the prompts, which also included adding the speaker to a room and asking me if I’d like to sign up for Amazon Music, it was ready to go. Amazon streamlines the process enough that I have confidence that anyone could get it up and running without help.

Gone is the puck design that made past Echo Dots distinguishable. For its new lineup, Amazon chose to go with a new spherical shape for its smart speakers. And you know what? I find the updated design a bit more refreshing, partly because of the two-toned look the Echo Dot (4th Gen) is now sporting. 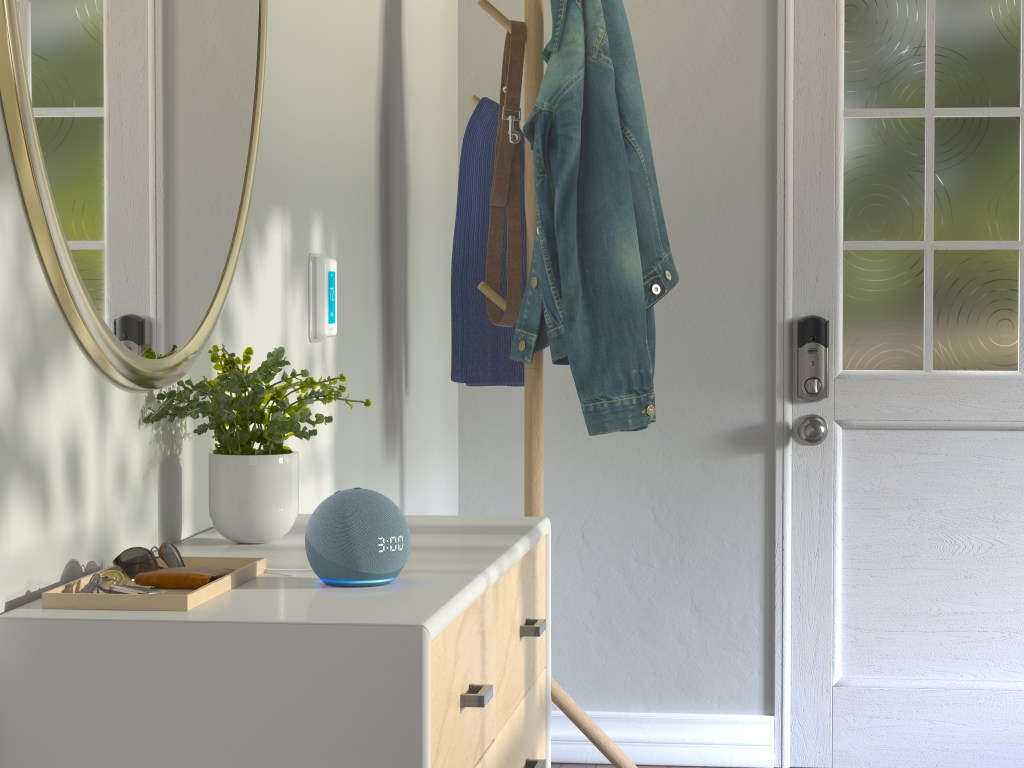 With the mesh fabric wrapping around most of the speaker, it makes it more convincing as a complement to your home’s decor. It doesn’t overwhelm the surrounding stuff, so it’s perfect for places such as side tables, countertops and even nightstands. Furthermore, I appreciate the sustainability effort on Amazon’s part because it doesn’t compromise the speaker’s overall look.

I will admit I’m always mesmerized by the glowing LED ring around the base of the speaker whenever Alexa’s initiated. It’s enchanting to see it light up, but again it’s a small detail that adds to its appealing design. The only thing I wish for is to make the LED clock a standard, but it’s a different model that tacks on an additional $10 up-charge to the price.

Don’t be fooled by its smaller size, especially compared to the other smart speakers in Amazon’s lineup right now. The Amazon Echo Dot (4th Gen) doesn’t disappoint with its 1.6-inch speaker driver, delivering a surprising amount of bass to complement its crisp tones. I certainly didn’t think this would have any substance, but I was dead wrong after listening to a few tracks with heavy drum solos and beats. 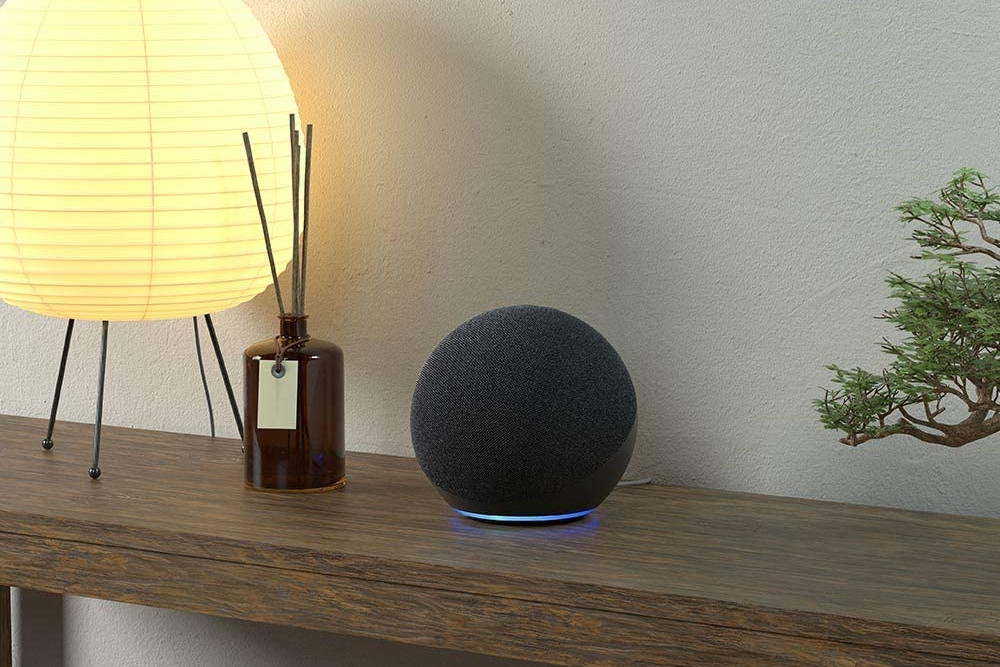 I pushed it to its limits, too, by cranking the volume to full blast. Impressively, it didn’t sound shrill to the ear. With a little bit of tweaking through the Alexa app, I was able to adjust the treble, bass, and midrange to make it sound a little more pleasant at the loudest volume.

Conversely, the Echo Dot (4th Gen) responds well and accurately to voice commands with its microphones. If you’re particular about your privacy at home, there’s a mute button (along with volume controls) on the speaker to conveniently mute the microphone.

I can go on and on about all the reasons why a smart speaker is one of the best investments you can make, but for the price you’re paying for the Echo Dot (4th Gen), its core functions don’t differ at all with some of the higher-end Echo smart speakers. 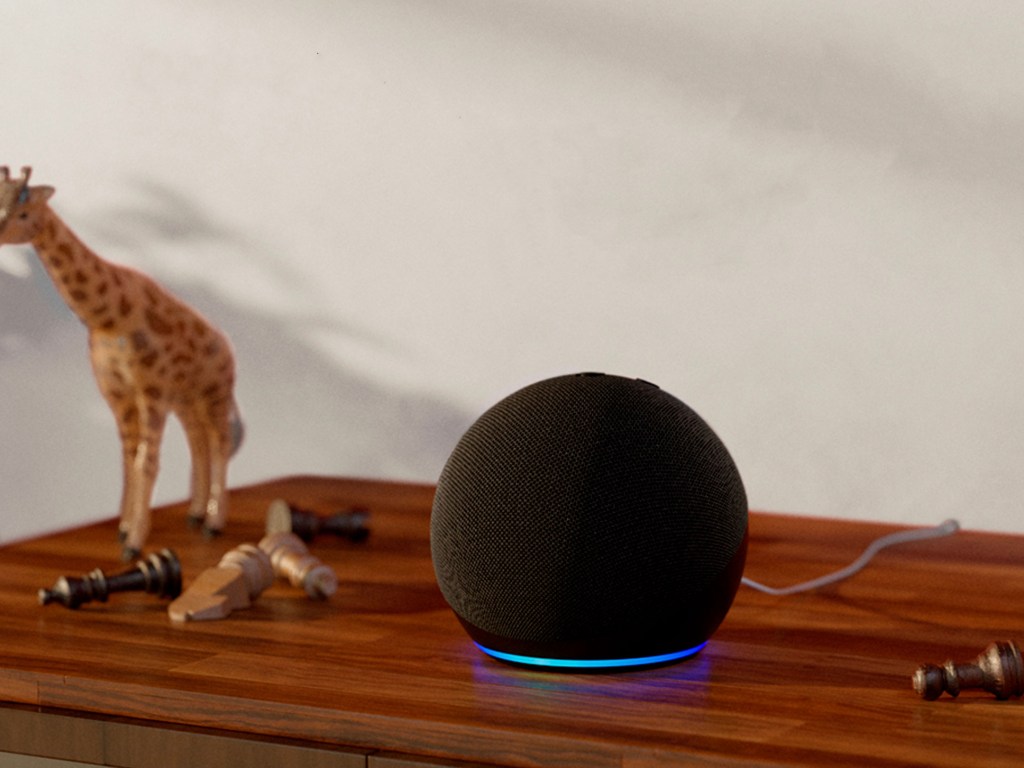 One of the most useful functions of the Echo Dot (4th Gen) is to control my smart home. Turning on/off the lights by asking Alexa is one of the more frequent interactions I’ve had with the Echo Dot, but I also love being able to use the intercom feature to announce messages when I’m not home — it’s these kinds of features that make this affordable smart speaker such an intelligent investment.

Functionally, it has access to the same core smart home controls found in every other Echo device that Amazon offers.

Big things come in small packages. That’s especially true for the Amazon Echo Dot (4th Gen), even at its normal retail price of $50. It blends a rich audio experience, diverse smart home controls, and an intriguing design to make it a fantastic starter for your smart home.

Absolutely, especially since you’re not spending a fortune on it. 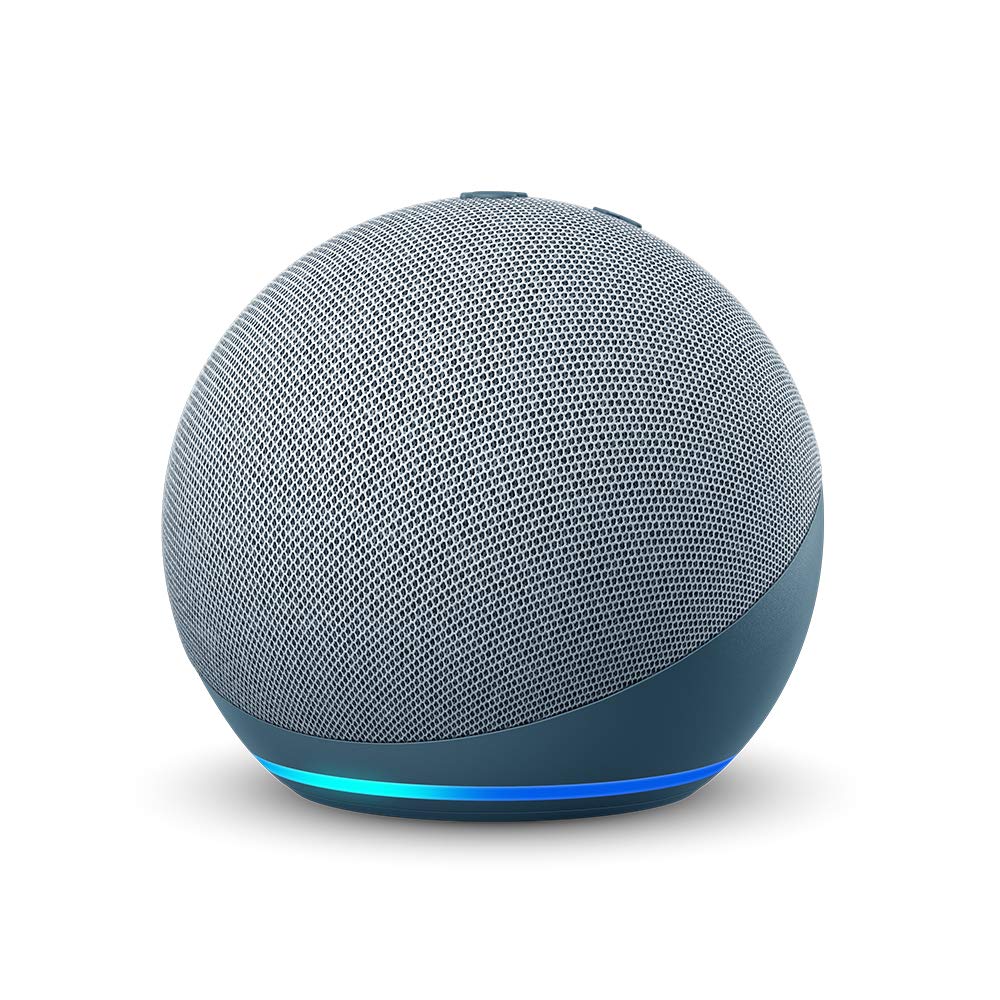 It’s constructed from a lot of recycled materials, but the Echo Dot (4th Gen) feels surprisingly solid — so it’s likely to hold up for a long time because it’s primarily going to remain stationary. Strangely enough, there’s only a 90-day limited warranty with the purchase that covers defects.

There are many speakers to consider, including some of the bigger and more powerful options on Amazon’s own lineup, but here are the closest alternatives to the Echo Dot (4th Gen).

Not a fan of Alexa? Well, if you prefer Google, then the Nest Mini is the obvious choice with its affordable cost and discrete form factor. This smart speaker can actually be wall-mounted easily. 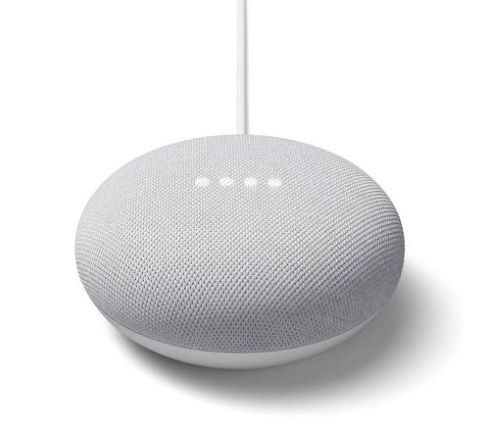 Okay, so you’re more of an Apple user, right? If that’s the case, the Apple HomePod Mini is the speaker for you. Sure, it’s nearly double the price, but its audio performance can adjust to a room’s acoustics to deliver the most optimal sound performance. 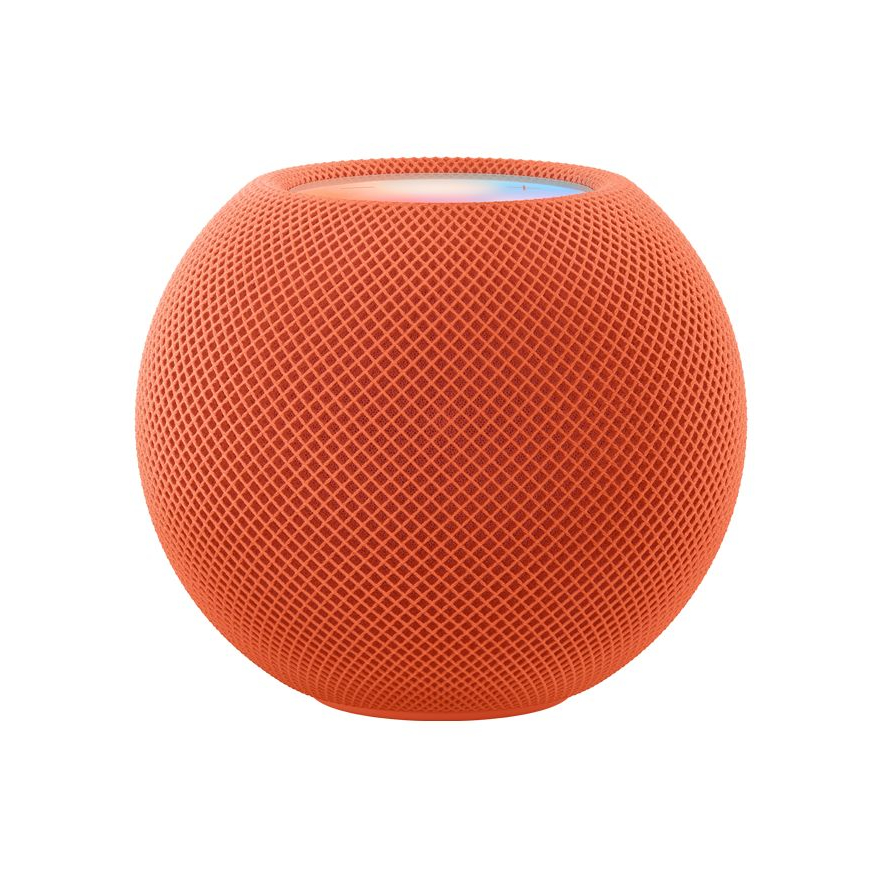 Save yourself some extra cash and go with its predecessor, the Amazon Echo Dot (3rd Gen). Not only are you saving on the price, but the 3rd Gen option boasts the exact same functionality as the newer version. 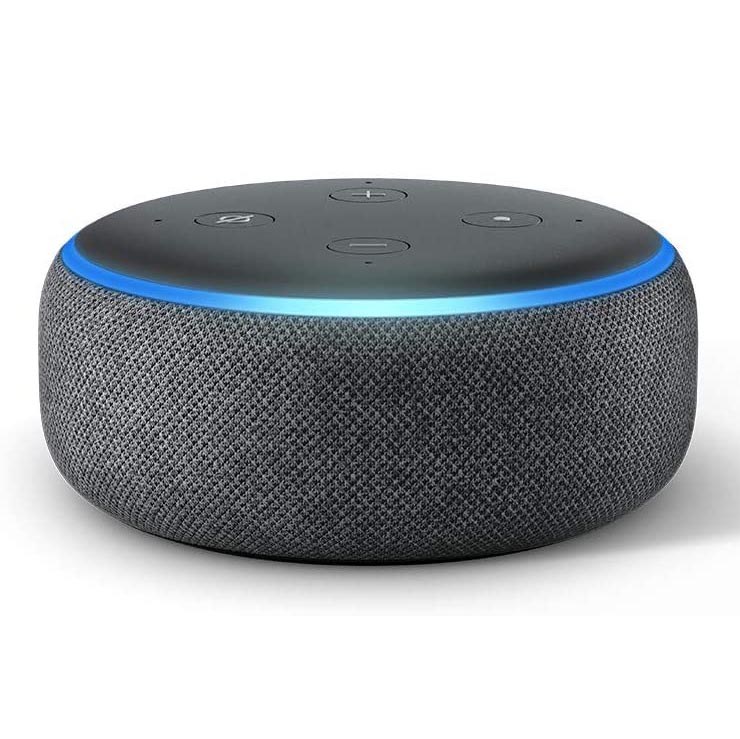