Over the past six or seven years, Amazon has not been afraid to conduct some experiments and create new types of products. These include wands that can scan barcodes on product packaging and add them to a shopping list, a button that can automatically order more of a designated product and a pair of smart glasses that puts the Alexa voice assistant directly in your head via bone conduction. But Amazon’s latest product just might be its quirkiest yet: An Alexa-controlled Smart Sticky Note Printer.

The idea is simple, you can use any of Amazon’s Alexa speakers, such as the Echo Dot or Echo Flex, to create reminders, sudoku puzzles, shopping lists and to-dos through the Alexa. Then you tell Alexa to print it and it comes out as a sticky note. 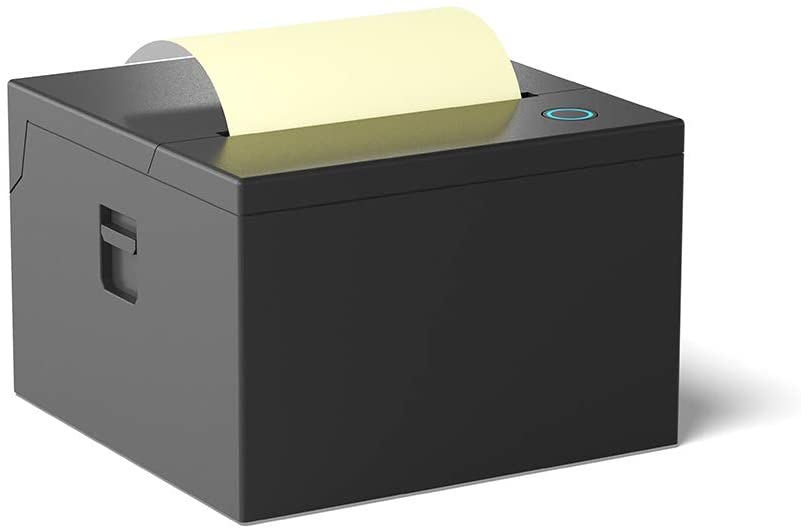 Resembling a receipt printer you’d see at a store, the Alexa Smart Sticky Note Printer is deceptively simple. And while it’s kind of random, it’s not without precedent. There have been tiny printers and sticky note printers before, but there hasn’t been one that’s anchored by a widely-used voice assistant such as Alexa.

Why Would I Want This Thing?

You might be wondering what makes this better than other tiny printers or regular old sticky notes.

Well there are a few reasons. Take me for example.

I’m normally pretty good at remembering the types of things that would go onto a sticky note or a list. But my memory is often triggered by a distinct visual cue. But unfortunately, I’ve spent so much time in a single space — my apartment — over the past year that there are a complete lack of unique things that will jog my memory.

As a result, I’ve completely and utterly leaned into scribbling any and everything down on a sticky note or a notebook. But unfortunately, my handwriting has regressed to a point where I spend far too much time trying to figure out what I wrote days later.

Being able to dictate your thoughts on the fly will make this frictionless enough that there will be more than a few of us who would put this thing to great use.And if you’ve never used Alexa to create a list before, once you get the hang of it, it’s way way easier than typing things into your phone.

How Do I Get My Hands on One of These?

So here’s the thing: This is an experimental product. That means there are a couple of catches.

First, this thing costs $114. Useful as it may be, you may not get your money’s worth if you’re not using this multiple times a day.

Second, if you are interested in buying the Sticky Note Printer, there will only be a limited number of pre-orders available and it’s only guaranteed to be available for pre-order for 30 days. Because the 30-day funding period began on March 19, your opportunity to buy this is quickly dwindling. Once you do pre-order, you will receive it sometime between July and September of this year.

But you might be wondering: How did this thing end up as a real product? Unlike the vast majority of Amazon’s other products, the Smart Sticky Note Printer is part of the Day 1 Editions program, which is a pretty unique concept in the tech world. Here’s what you need to know.

What Is the Amazon Day 1 Editions Program?

Resembling something between a startup incubator and a crowdfunding platform, Amazon uses Day 1 Editions to float some off-kilter ideas it has been working on internally, and if enough people pre-order the product, they put it into production. If it falls short of its goal, the pre-orders are cancelled and the idea goes back on the shelf.

When Did Day 1 Editions Start?

The first Day 1 Editions product appeared in 2019 with the Echo Frames, a product that has recently turned into a full-fledged product and has been well-reviewed. It has also highlighted Amazon’s ability to quickly turn a concept into something that can be sold at scale.

Are there any other Day 1 Editions Products?

There have been a few others actually. The Echo Loop was a ring that could allow you to create and trigger a bunch of Alexa-powered shortcuts by making hand gestures. But by all accounts, it came out somewhat half-baked and has not received a wider release.

There were also two more products that were launched alongside the Smart Sticky Note Printer: a Smart Cuckoo Clock and a Smart Nutrition Scale. These products, however, did not hit the minimum number of pre-orders and were put to rest.

Is It Possible Amazon Will Make the Smart Sticky Printer Available for a Wider Release?

That will likely depend on how many pre-orders it generates, and how it is received once it’s let out into the wild. But if it is anywhere near the Echo Frames in terms of popularity, there could be a chance.

The Best Amazon Alexa Speakers You Can Buy in 2021