Smart home technology isn’t just a sci-fi fantasy or the plot of a Disney Channel Original movie any longer, as companies and technology have now progressed to the point where consumers are capable of having a voice command do so much by saying so little. While companies like Google and Amazon have been quick to adopt smart speakers, it’s taken a few attempts from Apple to really nail that experience for users in their ecosystem of products. Their latest version of a smart home device, the HomePod Mini, is what it says it is on the tin: a smaller version of their HomePod device, meant to be both speaker and gateway for home automation.

But how does it fare? Apple sent us a unit to try out. Read my full Apple HomePod Mini review below to find out.

Setup: As Easy as They Come

Upon unboxing the HomePod Mini and plugging it into the wall, you’ll be treated with a swirling light on the top touchpad, as well as hearing a sound akin to the THX logo. Once the unit is active, you’ll need to have an iPhone or iPad handy to walk through the next few steps, which doesn’t take long at all; I couldn’t quite capture the specific prompt, but there’s a moment where your iPhone will ask you to frame the HomePod Mini in your camera in order to finish setup, which is both a neat trick and a cool bit of functionality. 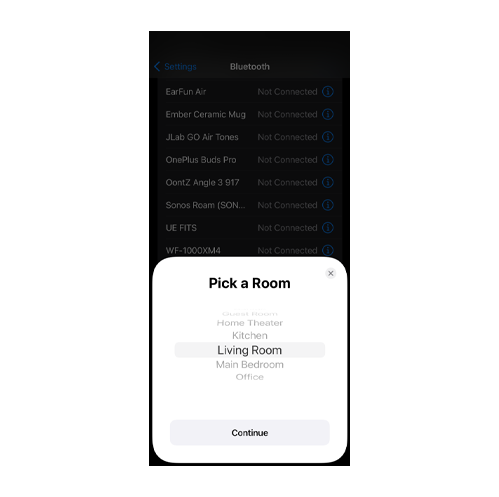 After setting up, which only takes about two minutes, you’ll be prompted by your device to try out a few different Siri-based voice commands to get a feel for what she’s capable of doing.

Design: Apple in Every Way

The look and feel of the Apple HomePod Mini are decidedly Apple; it’s very minimal, and the overall design isn’t much bigger than a standard mid-size candle you’d find at Bath and Body Words, but with details that really establish it as an Apple product, down to the white accents, the polished look and just how striking it appears in a home. I had my review unit placed on the lip of a window in my office, and, even with the white cord rather visible, the Mini eventually just disappeared into the background of my space. I imagine it will be even less noticeable if you were to tuck the cord (which attaches to an included 20-watt charging brick via USB-C) behind a dresser to hide it further out of sight. The mesh itself is softer than it looks and not at all like the wire-y sneaker material you’re used to seeing. There are also no included USB ports, so it really is just the orb-like device, and that’s all. 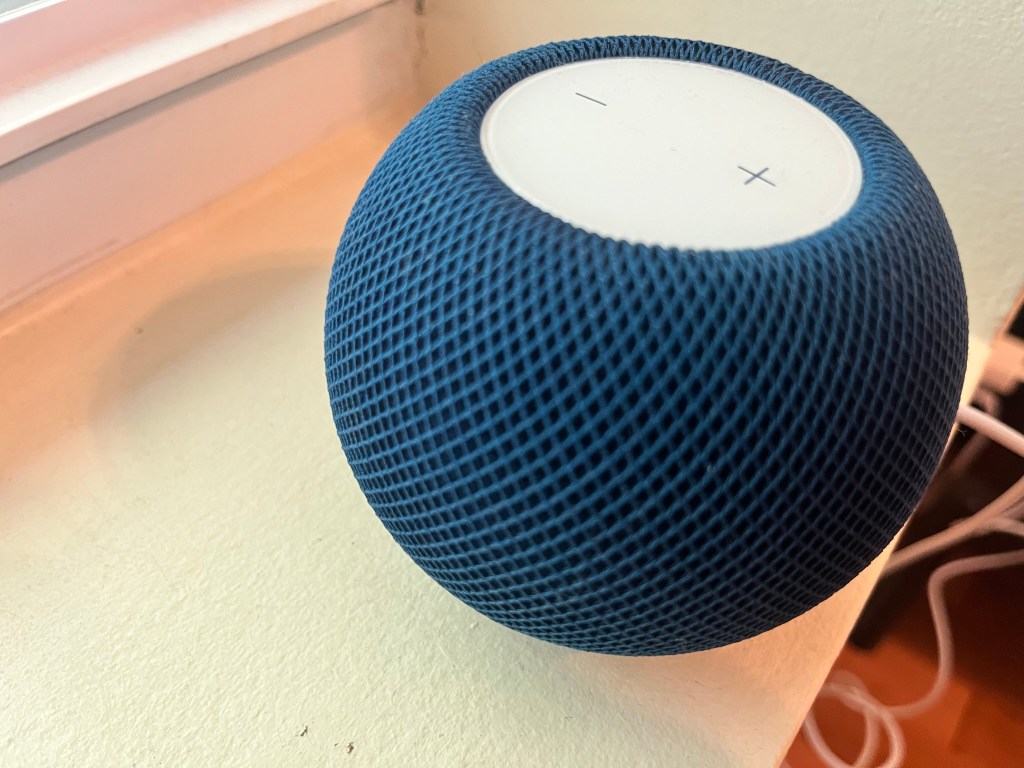 As far as design touches for the actual functionality go, once again, it is particularly Apple in its execution. There’s essentially only one main button area, which is at the top of the HomePod Mini itself; the touchpad controls allow you to toggle the audio (pause or play) while also letting you adjust the output volume. The pad is also illuminated and will emit light depending upon the activity (when I played music, it was white, while using it as a speakerphone was green).

Some of the biggest features in the HomePod Mini are ones that are pretty straightforward, including using it as a speaker and as a voice-activated control for various other devices through the Apple HomeKit architecture. The speaker functionality is pretty straightforward; you can play all kinds of audio through it by either leveraging Apple’s own products like Apple Music or by casting audio to the HomePod itself. You can pair two units nearby and get full stereo output, allowing for a more balanced experience. AirPlay 2 integration means you can beam pretty much anything to the unit and get it to play, leveraging an almost Bluetooth-like connection to play your audio.

Like all Apple devices, you can use Siri for voice commands, but the HomePod Mini is really meant to use Siri as frequently as possible. You can use Siri, combined with HomeKit, to do all kinds of automation, from adjusting the temperature to turning off the lights, setting an alarm, creating a reminder, asking for quick information, or even using it as a two-way relay. The possibilities of what you can do with the HomePod Mini are really extensive; it’s just a matter of having those respective services plugged into HomeKit and then actually using them.

Performance: Big Sound Despite Its Size

Let’s start with audio. Upon playing a song on the HomePod Mini, you’ll notice how good it sounds for a speaker of that price and size. You’re not going to really get the nuance of a song in the same way you’d get listening to it on a set of wireless headphones, but I was surprised how I was able to get some details like the synth-hums of the Tron: Legacy soundtrack or the baseline on a Tame Impala track. There’s definitely a textural element to the songs, which is impressive for a speaker of this size.

Equally as impressive is how full the sound is in a given space. Even at half volume, the playback filled up my office nicely; I never felt much of a need to crank it up much past that, unless I wanted to rock out. I have hefty Bluetooth speakers that don’t even accomplish that job as well as the HomePod Mini does.

Casting audio to the HomePod is easy to do, even if it’s a little gimmicky. The way the functionality works is that you can either just select the HomePod from your list of speakers or place your phone over the top of the HomePod to almost drag and drop the audio into it. There’s no native integration with Spotify, a huge bummer, as Apple wants you to use their Music service. I didn’t activate my free six-month Apple Music trial to test with the Mini, but the device will learn your music preferences over time and you can even ask it to play “something you’d like,” which pulls from what you have listened to and curates similar songs on the spot. It’s a great feature; I just wish it wasn’t tied to Apple Music exclusively. You can, however, still use Siri to pause and play songs, even while using Spotify. 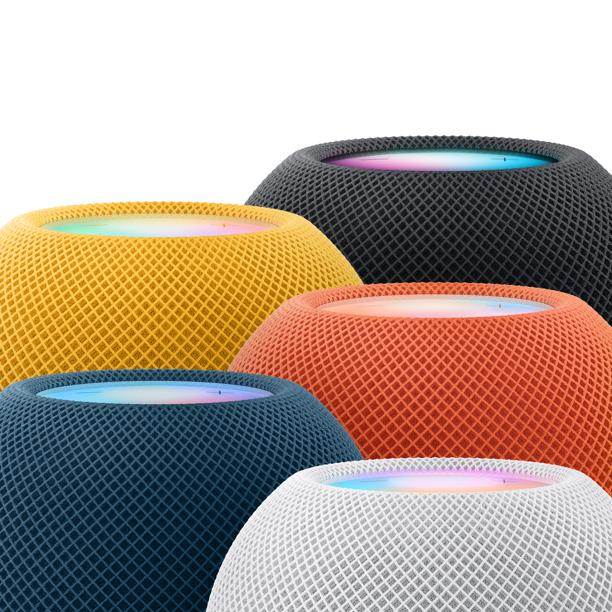 Speaking (pun intended) of voice commands, the Mini does a great job of recognizing what you want it to do when speaking to it. Pausing and playing music off a voice command doesn’t take much time at all, resulting in a pretty short amount of downtime after asking it to execute a function. The Mini can even recognize multiple voice profiles, so my girlfriend was even able to pause music or execute other commands without much hassle at all. In fact, if you ask HomePod what’s on your calendar for the day, you’ll get a different response based upon which person is asking. This is super helpful if you have a large household of people who may be interested in using a handful of different functions. You can even run Siri Shortcuts (similar to If This, Then That functionality), assuming you’ve spent the time setting them up on your phone prior. Oh, and you can set multiple timers, which is always helpful when cooking.

I don’t have a ton of home automation stuff in my house, but what I did have, the HomePod worked great with; asking Siri to turn off the lights and start my sleep timer worked pretty flawlessly. However, those who have extensive home automation functions will need to check and see if each respective device works with HomeKit. While it’s a rather long list, it’s not quite as robust as Amazon or Google’s services, so your mileage may vary.

Apple’s HomePod Mini might come across as small, but packs a lot of power and value into such a small package. There’s a lot to love about how clean and simple the device is, and it’s definitely as confident, well-considered and well-executed as any other Apple product.

If you’re a diehard Apple user looking to get into any sort of smart home/home automation, without a doubt. In fact, the more ingrained into the Apple ecosystem you are, the more you’ll get out of it. If you’re not? Well, you may not get quite as much value out of it. 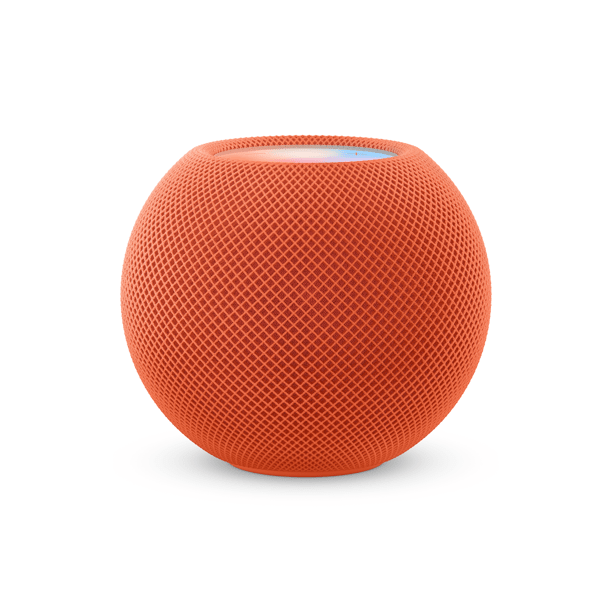 If you’re looking for non-Apple options for your smart home hub, here are three other suggestions.

Amazon’s Alexa products are some of the most well-known voice assistants and Amazon frequently marks the devices down. It’s also very similar looking to that of a HomePod Mini. 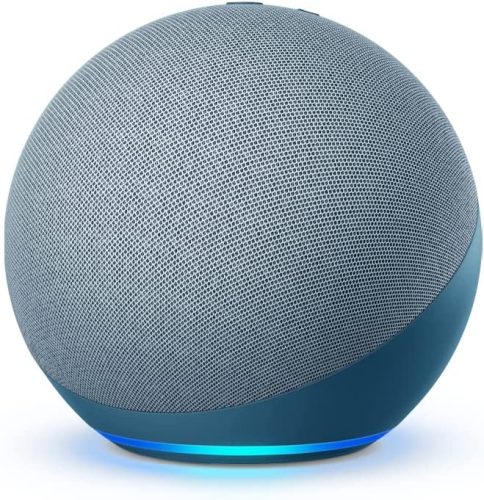 Aeotec’s smart home hub offers plenty of ways to connect your automation offerings, including Smart Things, Google and Amazon. It’s a great way to get a lot of different offerings connected in one spot. 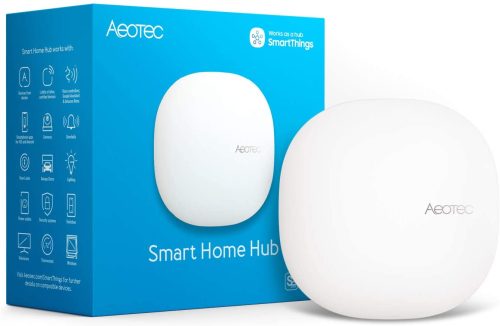 If you want to stick with the Google side of things, the Nest Hub Show offers everything you get from Google Home, but with added video functionality. 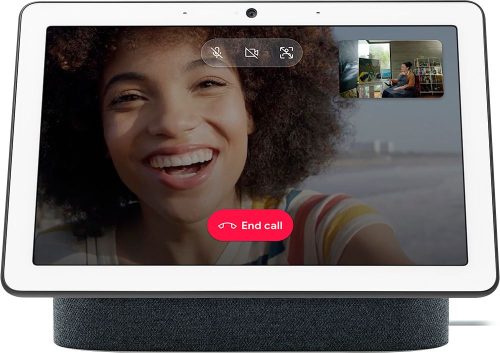