I appreciate that today’s home security cameras offer peace of mind and comfort. Having them up around the home in strategic locations is enough to deter potential intruders. But what about areas outside your home’s Wi-Fi coverage? You could buy a mesh Wi-Fi router to expand coverage to get a camera into an outlying area on your property, or perhaps you could get the Arlo Go 2.

Distinctively Arlo by design, the Arlo Go 2 makes a compelling case by offering 4G LTE connectivity as an option when Wi-Fi isn’t present. That’s the kind of versatility rarely seen among the best outdoor security cameras, which is why it makes for the perfect security camera at home, on vacation and wherever you need security.

I’ve been testing this camera for nearly a month to get a good feel for its performance and compile my findings in this Arlo Go 2 review — here’s how it went.

Arlo Go 2 Review: At a Glance 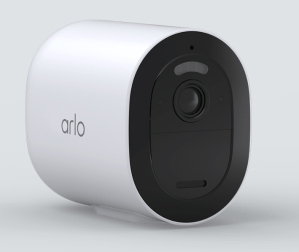 Overall, getting this camera up and running was easy.

I’ve never had major hiccups with setting up past Arlo cameras, but this one presented a clear obstacle — the setup of its 4G LTE connection. For some reason, it would not connect, but I found out later that it was due to the SIM card not being properly activated. 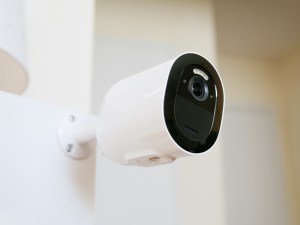 Lacking that knowledge, for a couple of weeks, I strictly used it as a Wi-Fi security camera in my apartment. Once the SIM card issue was resolved, it worked like a charm over LTE. In total, the whole process took less than five minutes, minus the LTE hiccup.

As for mounting options, it comes with the standard wall mount that quickly fastens to a corner. You tighten it in place with the screw on the back, which also helps to adjust the angle of the camera to the exact position desired.

The Arlo Go 2 looks deceiving in images because it looks exactly like Arlo’s other cameras — like the Arlo Pro 4 Spotlight. However, it’s beefier in size and weighs a bit over one pound, which may not sound like a lot, but it’s heavier than most of the outdoor options I’ve tested lately, like the Wyze Cam V3 which weighs less than half a pound. 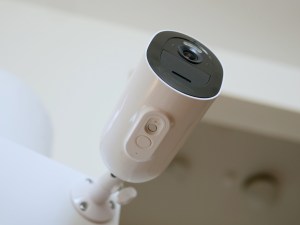 Nevertheless, it’s battery-powered and relatively compact enough to bring it with you anywhere. Since it’s meant to be an outdoor camera, the IP65 construction ensures it’ll withstand the elements, with coverage for extreme temperatures ranging from -4° to 113° F.

The only gripe I have about the design is that it utilizes Arlo’s proprietary magnetic connection to charge. This means if you lose or misplace the cable, you can’t simply use a space USB-C or micro USB cable you might have lying around. Instead, you’ll need to buy a replacement.

Armed with a 2-megapixel camera set for 1080p video recording, I have to admit that the quality was underwhelming — especially when pitted against the sharper footage of the Arlo Pro 4’s 2K video recording. I wouldn’t say it’s a total wash becayse it’s good enough to make out most details.

Watch the deer in the shot below. I could tell it was a deer from watching the footage, but as you can see, the details tend to be mushier in tone. Likewise, the night vision performance was decent enough to spot critters running in the night in my backyard.

This camera also struggles with dynamic range, which is evident in how the sky and bright areas in the scene below are blown out. Other cameras with HDR support balance out these contrasting areas for a more even exposure throughout the scene. 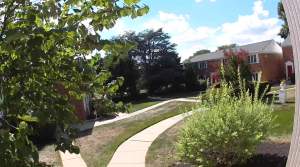 Naturally, my expectations tend to be high regarding video quality because of other cameras I’ve tested. The Arlo Go 2’s performance is again underwhelming, but in all fairness, it delivers acceptable results.

After setting it up, I suggest tweaking the motion detection settings to help lessen the number of times it records video due to motion. Setting it to around the 30% to 50% threshold seemed to offer the best results in my testing.

With the purchase, you get a free three-month trial of Arlo Secure (starting at $2.99/month), which provides additional features such as intelligent detection. The Arlo Go 2 managed to distinguish people and animals perfectly, as well as having the ability to detect packages.

The Arlo app also did an excellent job of curating all triggered events. Organized chronologically, I found it helpful that it also tagged what kind of motion it detected — whether it was triggered by a person or animal.

Very few cameras offer 4G LTE connectivity as a supplement to Wi-Fi. The Arlo Go 2 is one of them and gives it a leg up over the competition, especially when there are power or internet outages.

While it certainly has its advantages, I’ve noticed that it could take over 10 seconds to access the camera’s livestream. That’s both on LTE and Wi-Fi. It may not be a problem for some, but I can see how those extra seconds can be crucial. 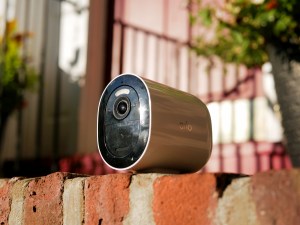 Initially, I thought it didn’t have built-in GPS, but it does. It’s accessed through the main settings menu, instead of the usual device settings. Just know it make take up to 24 hours for it to get a location, but at least the option’s there in the event it’s been stolen or just misplaced.

Micromanaging a security camera isn’t a job I want, and neither should you. The Arlo Go 2 offers a handful of privacy features that make the camera more autonomous with its actions. 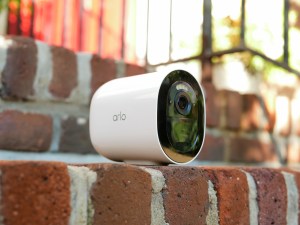 For starters, there’s the 2-factor authentication that helps to secure your account from potential hackers. Secondly, the geo-fencing option allows the Arlo Go 2 to automatically arm itself whenever it detects my phone is outside of the geo-fenced area. And lastly, it features local storage video recording courtesy of its built-in microSD card slot.

The Arlo Go 2 delivered better than anticipated battery life results. After 14 days of using it indoors via Wi-Fi and setting it to record the best quality video, the battery life was still above 60%. 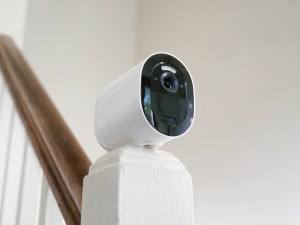 That was shocking, given how frequently I accessed the camera during that testing period. Sure, I would be shocked if it could get close to the eight months it’s rated for, but no camera I’ve ever tested came close to lasting more than three months off one charge. This is still better than average, in my opinion.

Should You Buy the Arlo Go 2?

Arlo has an outstanding reputation for offering excellent security cameras that work. I appreciate the option to switch to LTE connectivity as a backup source if my home’s Wi-Fi internet service goes down.

If there’s one takeaway from this Arlo Go 2 review, it’s that this is the perfect security camera to bring on trips, vacations, and outdoor events because it can be accessed anywhere as long as there’s cellular coverage in the area. You’ll pay for the service, which starts as low as $5/month as an add-on plan for Verizon customers, but you gain the ability to access it remotely. That’s a convenience few security cameras can say they bring to the table.

The video quality could be better. However, it still did a great job with its primary function — providing security when I needed it on the spot, wherever the location.

Should you buy it? Yes, especially for areas you don’t have Wi-Fi connectivity or if you’re on vacation and need to watch over your belongings.