Doorbell cameras (and smart home cameras in general) can sometimes feel like they’re ripped from the pages of 1984, but even so, there’s no way around it: they’re incredibly useful. Whether you’re dealing with a package thief situation or just want to see what the deal is with the random car that just pulled up in your driveway, the best doorbell cameras are hardly tech for tech’s sake.

Ring was one of the first major players to find a mainstream audience with their original Video Doorbell, which helped bring smart home tech into the mainstream but also underscored the importance and need for proper security protocols and privacy settings.

But others have since entered the fray, and there are a number of excellent options that can fit any digital (and real-world) lifestyle.

Looking at the best doorbell cameras, there are certain features you’ll come across more often than not. These include:

Subscribing to a cloud storage service to get the most out of the doorbell camera’s features. Without this, your doorbell camera is mostly limited to providing notifications and a live video feed, but you won’t be able to review old footage.

But there are alternatives. You will also find doorbell cameras that:

Whatever you’re in search of, you’re likely to find something you want amongst our picks for the best doorbell camera. Keep scrolling for more.

When it comes to the best doorbell cameras, there are few that have the same breadth of features or advanced technologies as the Nest Hello camera. Once you wire this doorbell cam into the space your old dumb doorbell used to occupy, you’ll be tapped into a feed that captures high-resolution, 1600 x 1200 footage that lets you sneak a peek at who is at the door or get a good look at a package thief in action. If you’re a Google Assistant user, you can even command your Nest to display its live look on your TV (via Chromecast), or on a Nest Hub.

But it’s the software-driven features that really set this thing apart. There are pre-recorded messages that you can instruct the doorbell to deliver if you don’t want to talk with whoever is at your door. If you live in a high-activity area, you can set specific activity zones so that you aren’t constantly receiving notifications when a random pedestrian moves past the camera. Nest’s AI software has a person detector, so that it won’t mistake birds as visitors. If you have the Nest Aware cloud subscription, you can even tag faces and Nest will learn to recognize those people and announce their arrival by name when they ring the doorbell. Additionally, Nest is one of the only doorbell cams to offer 24/7 recording (provided you sign up for the $6/month Nest Aware service), so there doesn’t need to be a motion trigger for the camera to start surveying the scene. 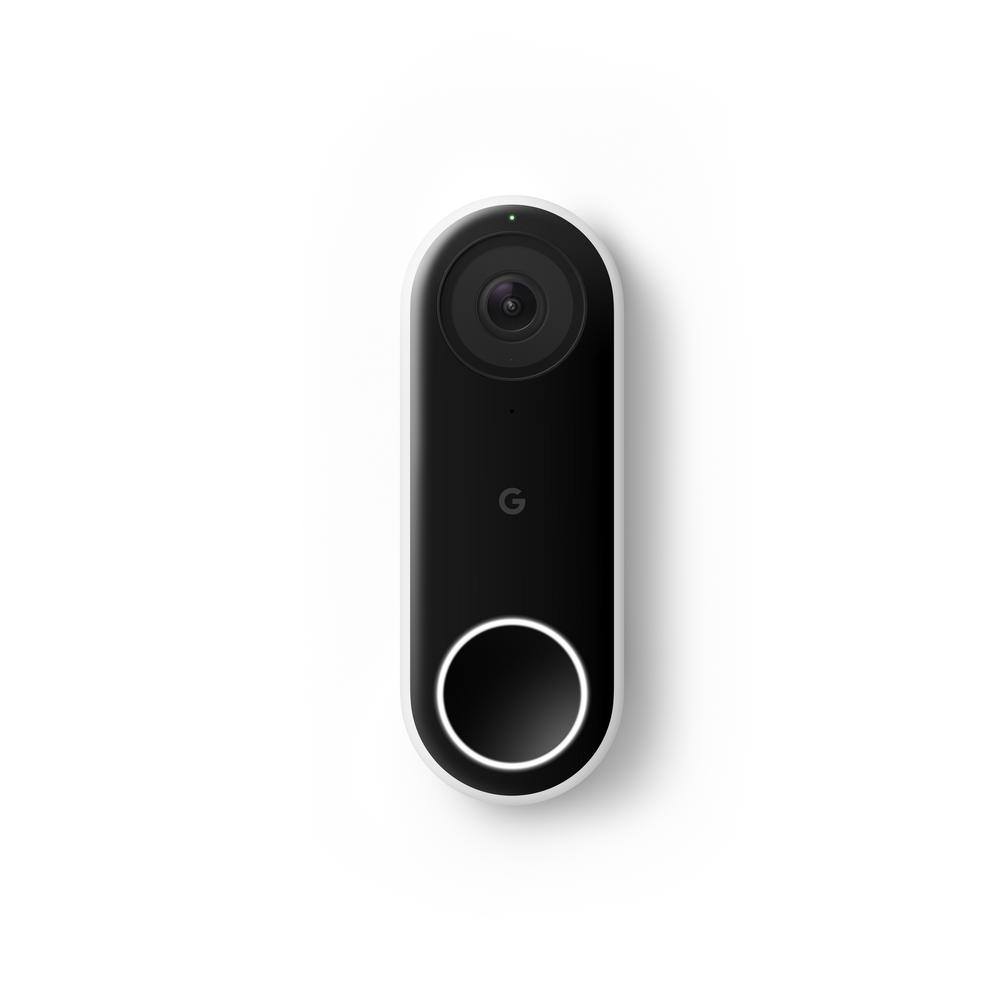 Arlo no longer needs to be wired to work. The wire-free video doorbell connects to your home WiFi wire-free without the need for a hub. Of course, this jumps the price up about $90 from the wired version, but the convenience is worth it. Beyond being wire-free, there’s plenty of features that make it worth the price tag. The 1:1 video ratio allows you to see a person from head to toe or even see your package sitting on the ground and it has a wide 180-degree field of view (that’s wider than even the Ring Pro 2). Two-way voice, likewise, allows you to quickly speak with whoever is at your door. You can even use pre-recorded messages when you aren’t home or are busy. And the HDR video quality is top-notch. 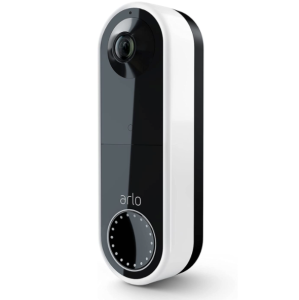 If you’re looking to install a doorbell where one did not exist before (or simply never had a doorbell at all), the Eufy Video Doorbell 2K is the best doorbell camera that operates off a battery, meaning that you don’t need to run wires or use existing wires to power it. As its name implies, the Video Doorbell Cam 2K features a 2K image sensor which enables it to record video at 1440p resolution.

One minor gripe is that the Video Doorbell 2K requires that you connect a hub to your router via ethernet cable, but it’s included in the package so there aren’t any hidden fees. There are perks with the hub: Since it doesn’t offer 24/7 recording, the hub allows the camera to spring into action quicker and it also functions as a chime. But the biggest thing is that the hub has 16GB of local storage, which means that you can store 180 days of footage without having to pay a monthly subscription fee for a cloud service, or worrying as much about your video footage falling into the wrong hands. That said, if you do want to keep your footage in the cloud, Eufy offers a plan starting at $3 a month. 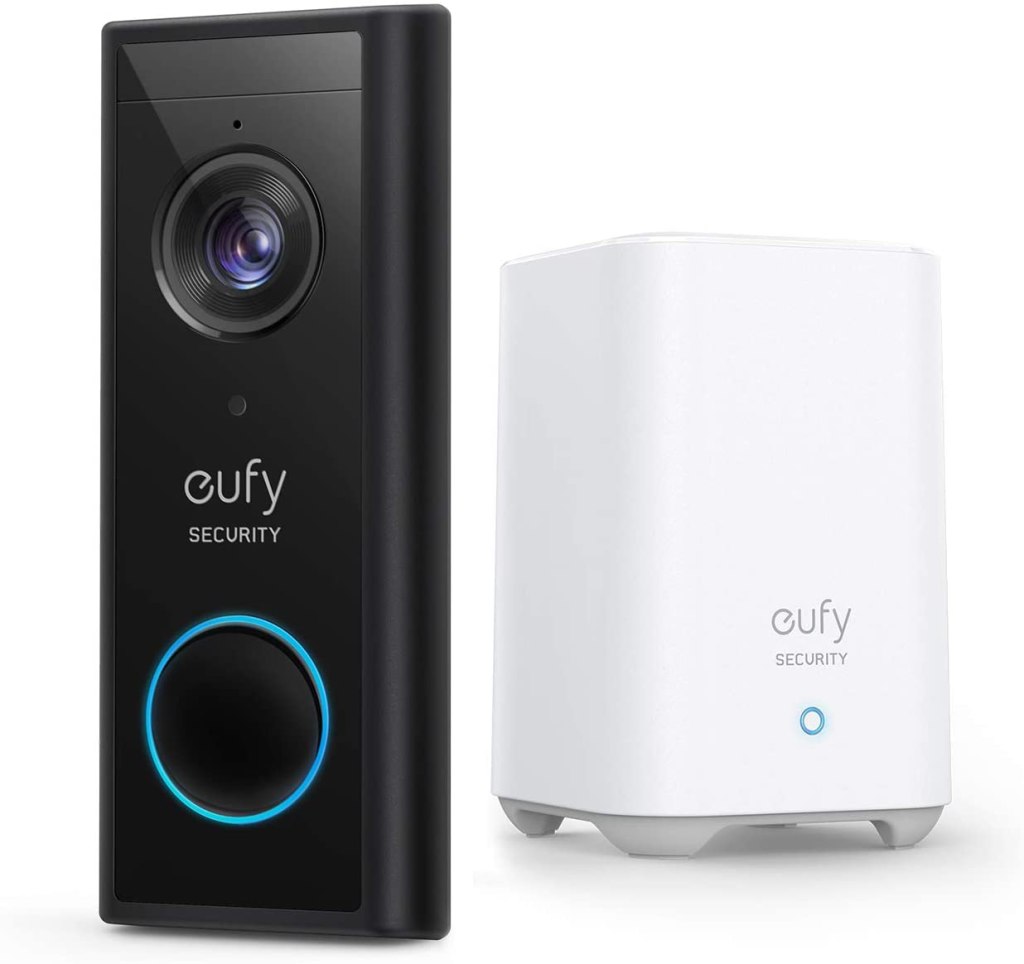 There will be no doubt who is on your doorstep with the sharp video quality provided by the Ring Video Doorbell Pro 2. The doorbell shoots in HDR video and has a range of 150 degrees horizontal and a 150-degree vertical view — you’ll be able to see the whole person (hats-to-shoes). Two of the newest features include 3D Motion Detection and Birds’ Eye View radar. This technology shows you the path someone took to get to your door via an aerial map with yellow and red dots representing where they come from and their current path. This nifty camera also records color night vision and provides a pre-roll so you can see video before the motion sensor was triggered. 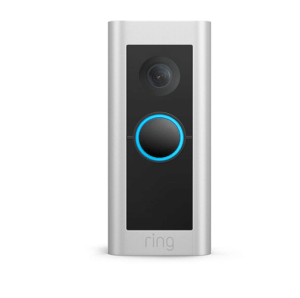 There’s a lot to like about the RemoBell S, starting with the price tag. For less than $100, you get a slim and sleek video doorbell that wires to your existing one, but provides support for Alexa and Google Assistant as well as IFTTT home devices. It shoots in great quality HD video and has motion detection to begin recording once it detects movement. You can also talk to whoever is at your door thanks to two-way voice. It does record video in the somewhat cliché and outdated fish-eye video mode, but the quality makes up for it. On top of all the good, it comes with free cloud storage. It’s a great choice and certainly helps your wallet to go with Remo over some of the other heavy hitters. 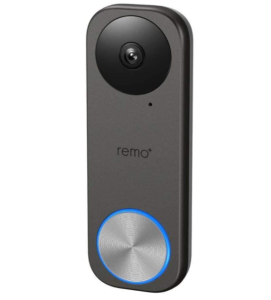 The Ring Video Doorbell 4 gives you the option to power it with main power or with a battery. Thankfully, the battery is removable, so you don’t need to take off the entire doorbell when the battery needs a recharge. As you’d expect from Ring, the video is crystal clear and the Doorbell 4 has a 160-degree field of view covering a lot of area. It records pre-roll — four seconds before whatever triggered the motion detection and does so in color (previous iterations recorded pre-roll in black and white). Of course, you’ll need a subscription to Ring Protect to unlock most of the great features, but it’s rather affordable at only a few bucks a month. 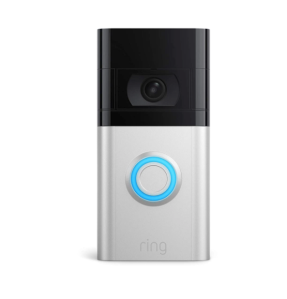 Don’t worry, it’s not like the Nest Hello dives into your Facebook or Insta friends and finds the face of whoever is at your doorbell. Instead, after the person has arrived once, you can assign the person a name in the app. So the next time your friend “Chase” shows up, the camera will recognize his face and let you know “Chase” is at the door without you even having to look at video. Nest Hello also records unlimited video for up to 60 days. But of course, you’ll need a subscription to unlock this feature. It works with Google Assistant, but, as you can imagine, doesn’t work with Alexa or HomeKit. 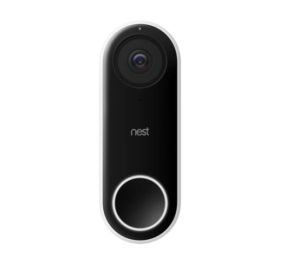 Plenty of people use doorbell cameras simply to see if their packages have arrived. The Maximus Answer DualCam uses two cameras — a top and bottom camera — to provide a full view of your entranceway. So you can peep in on the bottom camera to see if your package is sitting on your porch if you missed the initial drop-off. Aside from the dual cameras, there’s plenty of other features including pre-recorded messages while you’re away as well as two-way talking capabilities. With the Kuna app, you can look back at events that happened up to two hours ago and with the premium version you can see records up to 30 days with unlimited downloads. 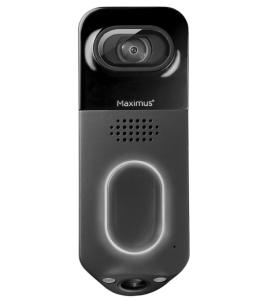 Unlike the majority of cameras you’ll find, you don’t need a subscription to have access to the full amount of features. For instance, instead of video storage that is only unlocked through a subscription, this records video (up to 16GB) to a base station that needs to be connected to your router. That might seem like a pain, but there’s no additional cost associated. It has a great field of view where you can see a person from top to bottom as well as outstanding video quality. The unit is battery-powered, but it doesn’t have a removable battery, so you’ll have to take off the doorbell to recharge the battery, but you’ll only need to do that about twice a year. Skip the ongoing costs and get great features with this doorbell camera. 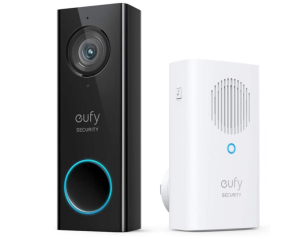 If you live in an apartment, you may not have a traditional doorbell setup, or be allowed to install a battery-powered doorbell on the wall outside your door. Luckily the Ring Peephole doorbell cam installs exactly where the name implies: on the peephole of your apartment door. Aside from the differences in placement, the doorbell functions like a standard doorbell cam and runs off a battery so you don’t have to worry about trying to wire the thing up. It even has knock detection, so if someone doesn’t think to press a button in the middle of your door, you can still be notified when there’s a visitor. 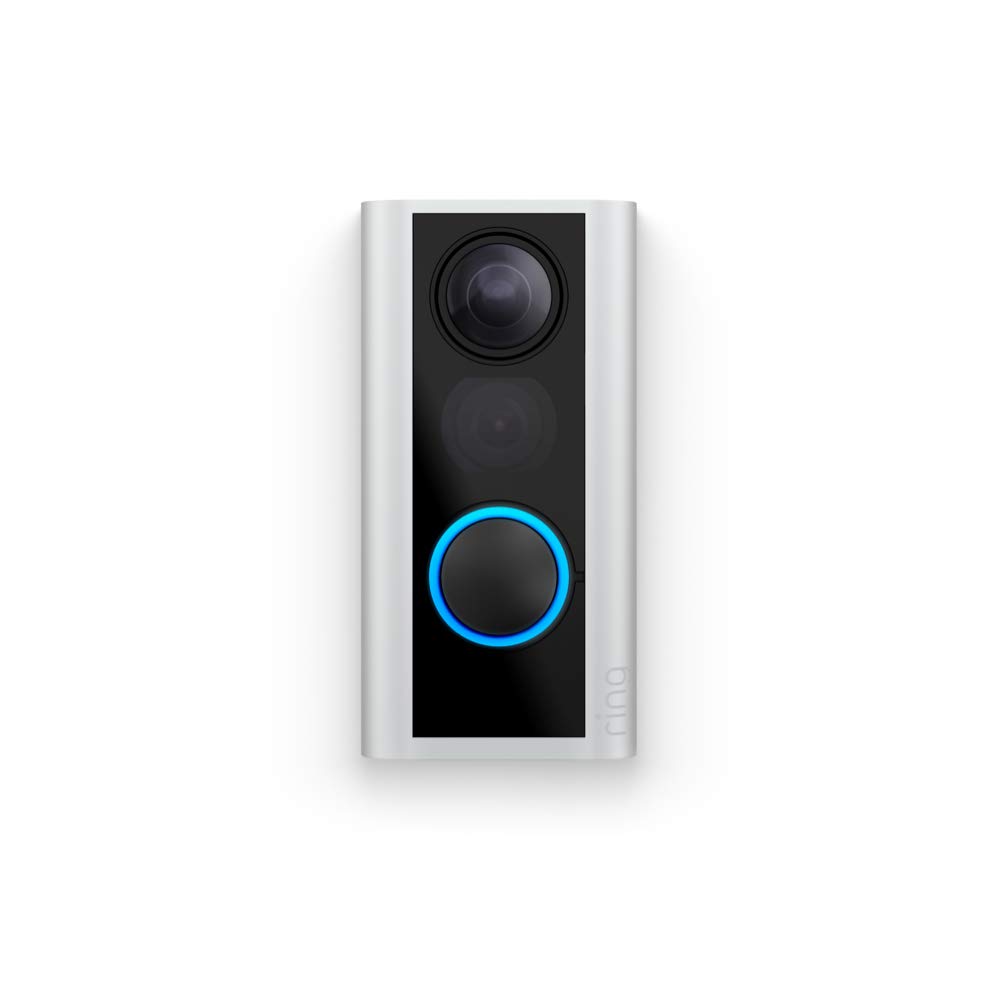