As the weather warms, with windows opening and yardwork and outdoor walks (mind the six feet and wear your masks, gang!) become more common, your homes are going to be seeing more dust and dirt than before. Thankfully the shoulder-busting vacuum cleaners of yore have gradually but surely surrendered their jobs to the best robot vacuums, smart little automated cleaners which you can turn on and release into the wilds of your home’s dirty little hallways and corners.

These, however, are usually not small investments, and with a market increasingly being flooded with machines both great and, well, not so great, it’s important to do your research, decide your needs, and set your budget for the robo-vac best suited for your home.

Sure, when it comes to robot vacuums, Roomba products are hard to beat. That being said, there are other robot vacuum brands to consider besides iRobot. To help you choose the best robot vacuum, we’ve scanned the market and narrowed down the list to six great machines for your perusal.

There’s a very good reason that “Roomba” has become the generic name for the best robot vacuums, like Kleenex or Dumpster. As its competitors multiply in numbers, iRobot’s Roomba line remains the undisputed king of robot vacs, and the S9+ with Automatic Dirt Disposal is its latest and best crown jewel. Yes, you’ll pay a kingly price for it, but you will absolutely not be disappointed with this smart vacuum.

The Roomba S9+ has unparalleled cleaning power over both hard floors and carpet, eradicating messes large and small faster and more thoroughly than the competition. Like a great hockey player, it’s downright nasty in the corners, brushing them out completely. It has double rubber roller brushes which seem impervious to pet hair. Its mapping powers are so advanced that, if it needs to quit a job midway to return to its charging base for more juice (which itself is a great feature), once recharged it will return to the exact spot it left off to finish the job. The self-emptying feature is, of course, the big sell here, and the Clean Base makes it so you never have to come into contact with dirt. That’s right, this Roomba self-empties, and the Clean Base seals the bag for you once it’s full, so all you have to do is pull it out and drop it in the trash. 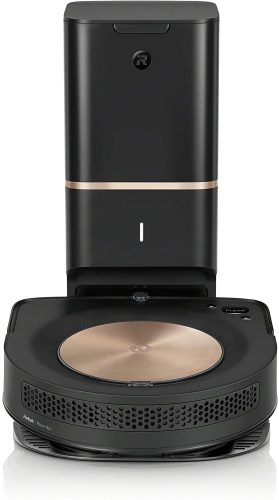 Okay, so let’s say you want a Roomba vacuum but you don’t want to drop $1,000. There is another option. Because iRobot introduced the first Roomba to the world all the way back in 2002, the company has a whole line of automatic vacuums to choose from, and many are far more affordable than the premium model described above. If you’re looking for a more basic robot vacuum well under $300, then you’ll want to go with the Roomba 614. Countless Roomba reviews attest to this robots cleaning power, and the iRobot brand packed a ton of technology into this little guy.

This smart vacuum has all the features you expect from a floor cleaning robot. While the Roomba 614 doesn’t have advanced self-emptying abilities, it does have a host of smart features that make it a powerful cleaning machine. The 614 model will run for about 90 minutes before returning to its charging station for more juice. In the meantime, it has a three-step system for sucking up dust, dirt, pet hair and debris from your floors and carpets. The Auto Adjust cleaning head will adapt the height to clean carpets and hard floors as needed, while the patented Dirt Detect technology tells the Roomba to concentrate on dirty patches of your floor.

This smart robot will maneuver around obstacles like furniture, stairs and pets while still cleaning along corners and edges. In short, it’s a powerful basic robot vacuum that’s well worth the price. 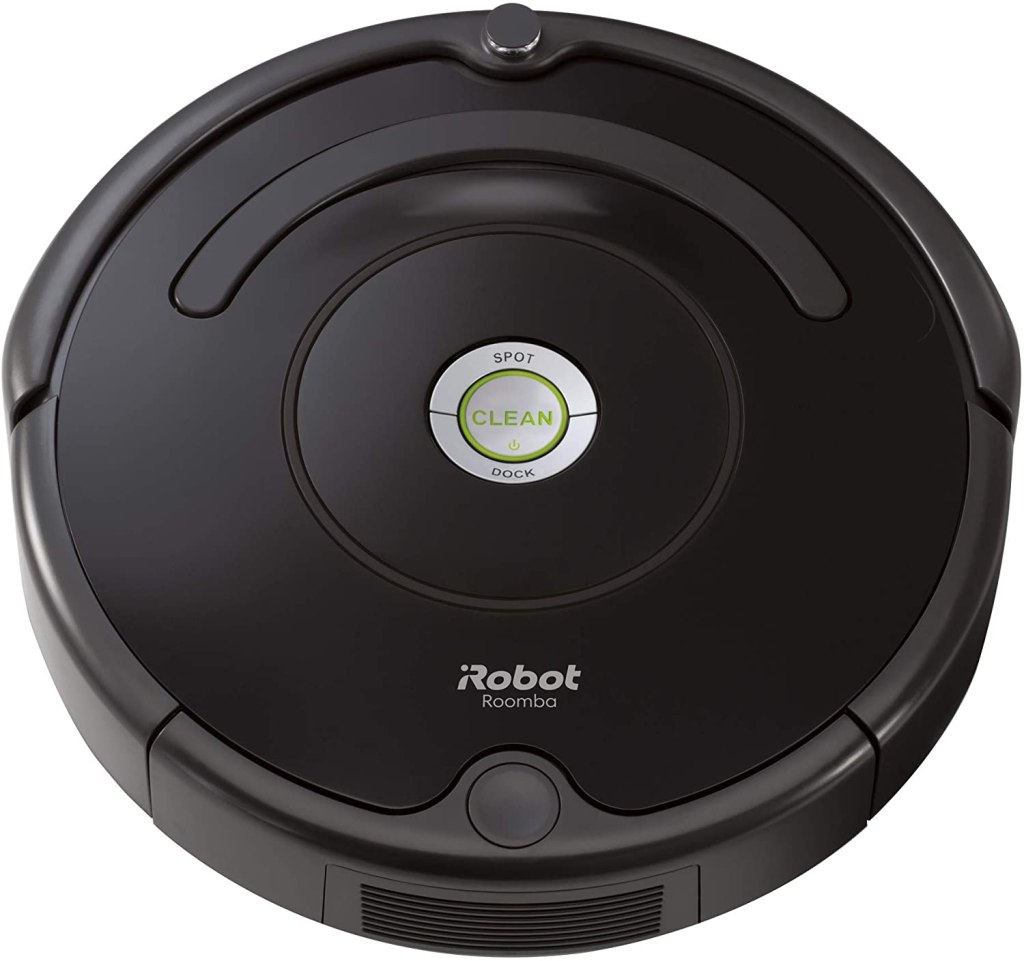 The Coredy came to our attention a few months back as an Amazon Deal of the Day. It came with a slew of positive reviews and a fantastic price tag, so we clicked “Buy Now.” And the Coredy has not disappointed at all, standing tall in a house with three cats and a slew of slovenly snack-loving teenagers who leave crumbs everywhere like it’s their job. After months of testing, we can confirm this is one of the best Roomba alternatives available in 2020

Hard floors and carpets have been tackled with equal ability, including the room with the cats’ litter boxes. The Coredy is great at cleaning corners, albeit not as adept at navigating them as higher-priced robot vacs are. The two-hour battery life is sufficient for tackling a large area, and when switched down to the 60 dB quiet mode, the Coredy can do its thing and not interrupt you while you watch something on the TV.

You can find robot vacs with more features, greater suction power, and smarter mapping abilities, but as an entry-level robot vac to take some housework off your hands, the Coredy is a great buy. 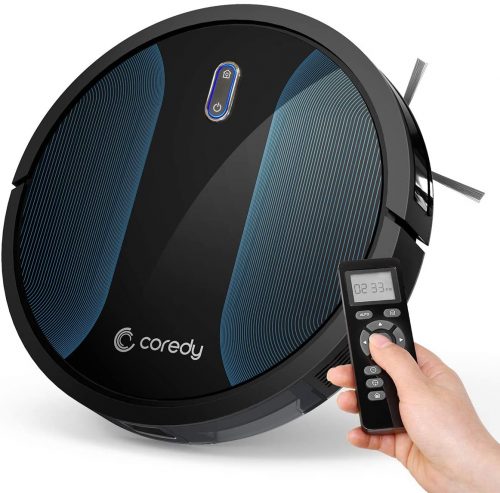 Tack on another hundred bucks to your Coredy purchase and you land on the eufy by Anker Boost IQ, and it is a C-note well spent. For smart home completists, this RoboVac is a worthy addition. Remarkably quiet, the eufy has a super-low 3-inch profile which allows it to sneak under low ottomans and couches, yet its slightly larger wheels allow it to navigate door ledges and those borders between hardwood and carpet rooms. The native app allows you to create a set-it-and-forget-it cleaning schedule, and it’s also easily linked with Alexa or Google Assistant for voice commands.

Another great feature is the BoostIQ technology, which lets the eufy level up to greater suction power when it encounters a more difficult mess. Many other robot vacs in this price range just say uncle and kick the larger piles of dirt around. The eufy also knows when it is reaching the end of its two-hour battery life and takes itself home to its charging base. 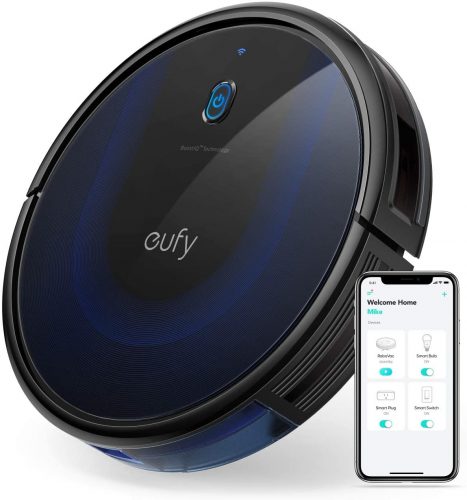 At first glance, the Miele Scout RX2 is just a solid mid- to upper-tier robot vac. It sports an ample half-liter dirt container, prominent front brushes which do a great job rooting out stubborn corner dirt and debris, and a boost function that senses when it is moving from hard surfaces to carpet and amps up the brushes and suction accordingly. But here’s where the Miele Scout RX2 throws you a wicked curveball: It has a spy camera built-in. The Home Vision feature broadcasts live images from your home to your phone or tablet, in real-time, wherever you are. Basically, it’s that teddy bear with the nanny cam, except the teddy bear doesn’t clean your floors for two solid hours before retreating to its charging base.

Granted, it’s a little wacky, but we have seen and heard stranger things than a combination robo-vac and home security system. But, if it creeps you out, the WiFi module can be easily removed from the robot. The remaining features, including scheduling via remote control and great spot-cleaning capabilities, would still earn the Miele a spot on the list. 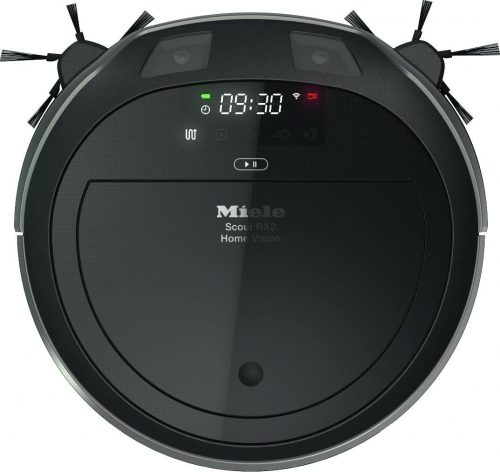 The invention of the robot vacuum has been a game-changer for home cleaning appliances, but the advent of the self-emptying robot vac has been a quantum leap. There aren’t many out there yet, and the ones that are self-emptying tend to either carry a whopping price tag, sell out super-fast, or both. Case in point: the Shark IQ Robot Self-Empty R101AE, which has defied even Amazon’s ability to remain in stock. But it’s available directly from Shark, and it’s a winner even beyond the self-emptying feature.

The Shark IQ is aptly named, as its floor-mapping abilities are among the very best in the field. Once it has your floorplan down, you can send it to individual rooms or even areas in the house without having to pick it up and walk it there, and when cleaning the whole house, it’s great at not hitting the same tracks repeatedly. Its suction is powerful enough to tackle dust and pet hair, and it really excels at taking on larger debris like dried leaves or other yard trackings.

It comes with 8 feet of magnetic BotBoundary strips which the robot will not cross, so you can set up your own no-fly zones in the house. And yes, of course, the self-emptying: the bagless bin is good for about 30 days before it needs to be (easily) emptied. As Roomba alternatives go, this is as good as it gets. And if self-emptying isn’t important to you, this premium Roomba alternative will only cost you $349. 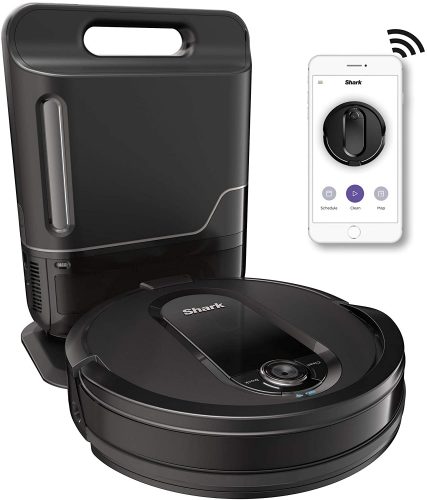