We love our smart lights. Most people envision smart bulbs on lamps, strip lights lining the edge of a table, or even perhaps string lights for those outdoor events in the backyard. The last thing that comes to mind when thinking about smart lights are galaxies and nebulas being projected onto walls, but that’s exactly what makes BlissLights unique in the space.

After getting a sneak peek at the BlissLights Sky Lite Evolve at an event in New York City, we were beyond enchanted by what this portable star projector could do. What sets it apart from other smart lighting solutions we’ve checked out and tested is that the BlissLights Sky Lite Evolve sprinkles a healthy dose of color and dynamic animations that makes it feel like you’re looking through the Hubble telescope. Need some convincing? Then check out our quick demo video below.

You know BlissLights’ projectors are legit when they’ve been included in our best Christmas laser light projectors and best star projectors guides. What makes the Sky Lite Evolve different from its previous generation projectors is its compact size. Seriously, we did think it was going to be close to the size of an Amazon Echo Dot smart speaker, so we were really surprised about its compact size. Furthermore, it doesn’t follow the design of a traditional star projector, but rather, an orb-shaped design that’s a bit more charming. 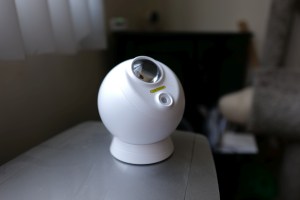 Vibrant Glow on Your Walls and Ceilings

Other smart lights tend to be complementary to the room where they’re used, but in the case of the BlissLights Sky Lite Evolve, it actually takes center stage because of its dynamic projection. Most notably, it’s bright at night and replicates the subtle movements that nebulas are known for. Using the BlissHome app, we’re able to control the intensity of the green laser lights and even the animation of the projection. 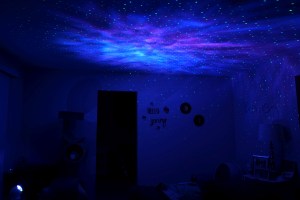 If you have pets at home, they’ll be entranced by the projection. The effect is mesmerizing at times, especially because it’s so realistic. We played around with the settings in the app to change its colors, and in one instance, it looked like a portal opened up in our ceiling. It’s that convincing, which isn’t something that other smart lights offer.

Even though the previous projectors were controlled via Bluetooth through the app, the Sky Lite Evolve offers proper smart home integration with support for Amazon Alexa and Google Assistant. We’ve set it up to work as a group with other smart lights in our home, so one quick voice command turns on a bunch of different smart lights simultaneously. There’s also the convenience of simply turning on/off the Sky Lite Evolve with a quick voice command. 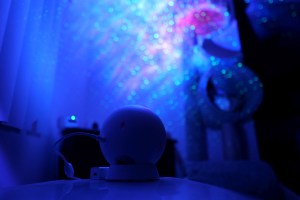 If you’re looking for a different kind of smart light, then consider picking yourself up a pre-order of the BlissLights Sky Lite Evolve starting on July 6 at the discounted rate of $50.99 through July 14 — with general availability through its website and Amazon in late July for $59.99. In the meantime, we’ve gathered some other BlissLights projectors that are worth buying.

Sure, it’s the previous generation star projector, but the BlissLights Sky Lite 2.0 still offers all of the dazzling nebula projections and blue laser light stars. Best of all, it’s been discounted by 50% off for a limited time. 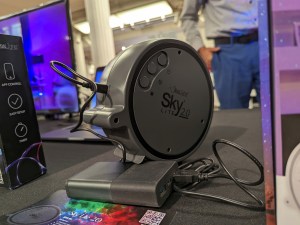 Expanding its selection, the BlissLights BlissRadia is actually a neat color-changing table lamp and night light. We were impressed by how it was able to cycle through an assortment of colors simultaneously. 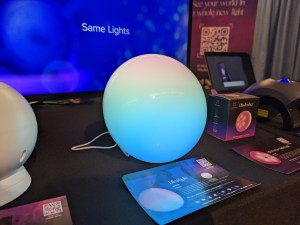 And finally, the BlissLights Ark Lite projects the same nebulas as the Sky Lite Evolve, but instead of a laser that beams stars, this one beams auroras for a slightly different look and feel. 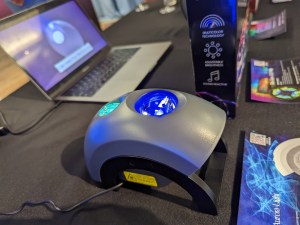