I had always heard of The Clapper — you know, “clap on, clap off” from As Seen on TV — but I never thought it’d actually be useful. That was until the light switch in my bedroom broke, and I stumbled upon the simple, lo-fi tech solution I didn’t know I needed.

Smart home tech isn’t for everyone, but I found that unlike so much other smart tech, The Clapper works right out of the box. You plug it into an outlet and plug your objects of choice in, and then it works. A red light switches on to confirm a clap was heard, so you can see if it’s working, no guesswork necessary.

With The Clapper, I could quickly activate any outlet with two or three solid claps and I didn’t need a smartphone or the internet to do it. A microphone picks up the sounds and acts as an on/off switch. I hooked a night light and a main light up to it so I could turn them on or off without needing to get up.

As a point of reference, I’ve owned Amazon Alexa-compatible smart plugs and had some success, but they worked less reliably for me than The Clapper and generally require more set up. 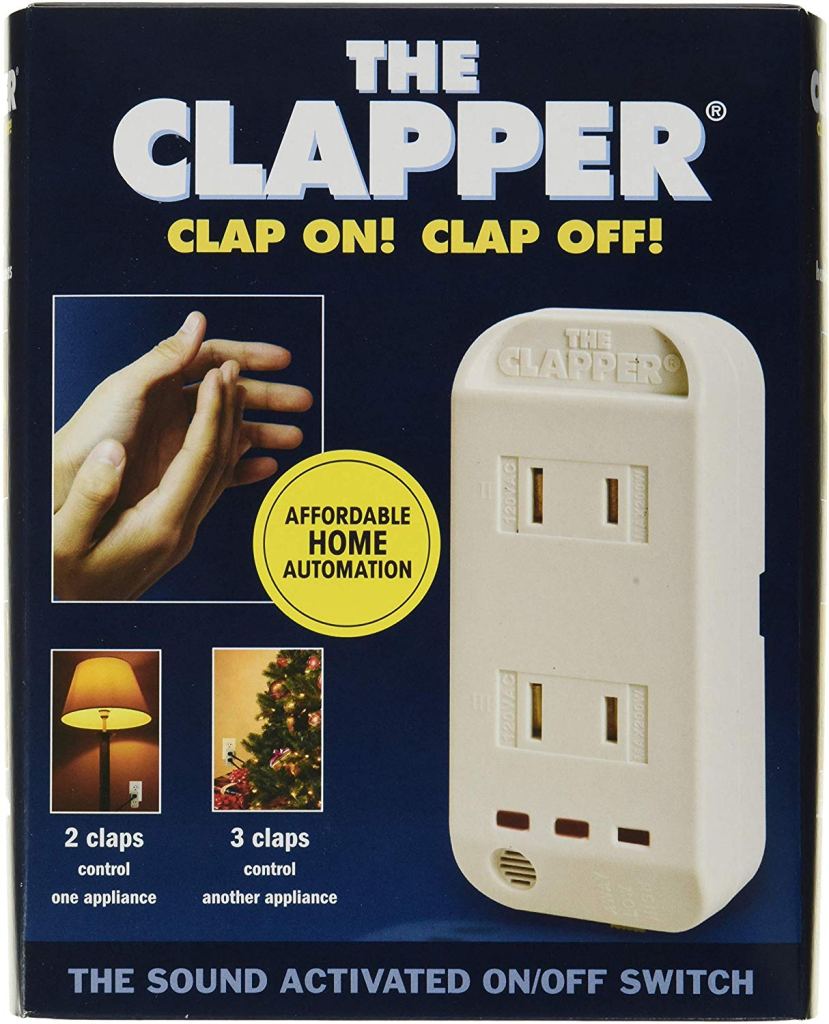 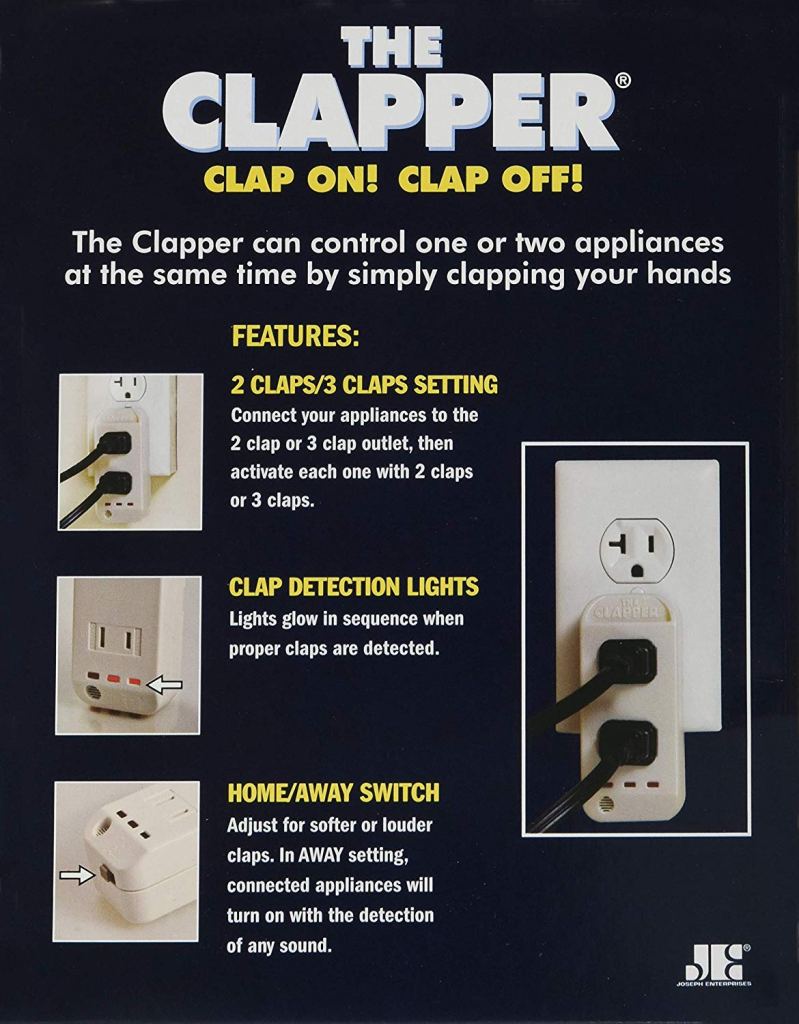 Though I prefer The Clapper to smarter smart plugs, the simplicity of The Clapper comes with a few cons.

Like many smart plugs, it’s not suitable for literally all appliances. For example, using it with any heating element could be dangerous. Also, any appliance needs to be able to stay set to on, such as a lamp or a fan.

In terms of noise detection, The Clapper has some functional (albeit basic) tech. It has a home and away switch to avoid being activated by everyday noises, but nearby clicking noises can still activate it. When I close my bedroom drawer, the double click of the drawer sliding back sometimes activates my Clapper.

The Clapper also suffers from not being able to detect all sounds. If it’s tucked into a corner outlet or covered by a blanket, it might not detect the sound of the claps. The same goes if the claps are too quiet or if you’re standing too far away.

Using more than one Clapper can also lead to problems if you don’t wish to activate appliances on different Clappers. But that can also be a pro depending on your needs. You can avoid that question and stick to one if you’re just getting started.

Though The Clapper has its issues, it still makes turning on any appliance as easy as clapping two or three times. I think you’ll love it as much as I do every time you turn off the lights from bed and for $15, that life hack is quite the bargain.

If you want a more portable solution to turn your switches on and off, you can always go for The Clapper Plus. Not only can you clap to activate your tech, you can use a remote control for the two outlets. You can also attach the remote control to the wall to replace a traditional switch. This version of The Clapper does cost about twice as much as the traditional one, but the added flexibility can be useful. 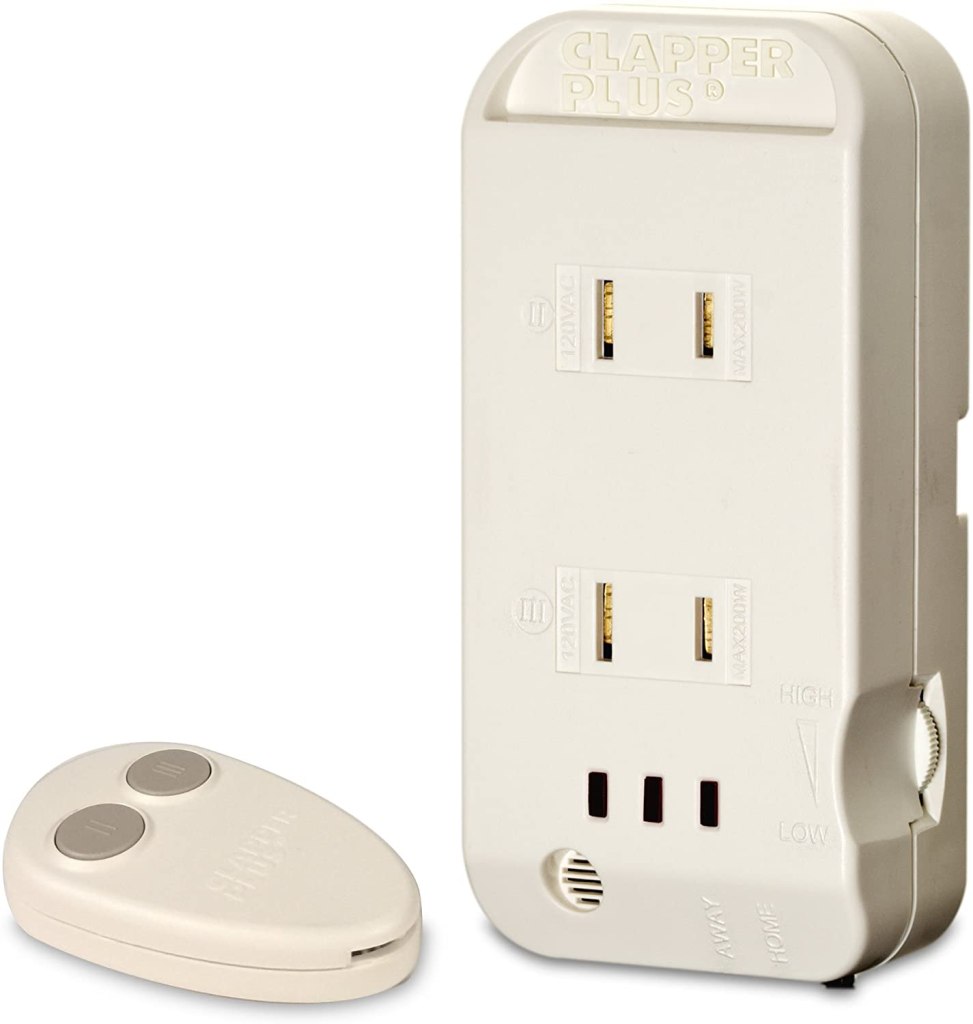