You’ve owned at least one, and probably gifted several over the years to friends and family, but Google’s Chromecast streamers have proven to be one of those relatively inexpensive gadgets we couldn’t live without. You could argue it’s been one the best Google Assistant devices ever. Now, after nine years since the original’s release, we have the company’s latest, most inexpensive model to date.

The Google Chromecast with Google TV (HD) shares the same design as past models, which discreetly connects to a TV’s HDMI port, but this new model benefits from offering 1080p HDR, all the same plug and play ease that the series is known for, and access to 10,000+ apps with Google TV. And yes, it’s the lowest-priced Chromecast at $29.99 and available now in three colors (snow, sunrise, and sky). That’s actually $10 cheaper than Amazon’s budget streaming stick, the Fire TV Stick, although Amazon’s is often on sale.

While this is all fine and dandy, it really begs the question of whether this may be the last generation of streaming sticks.

For TVs that don’t have access to the web, streaming devices like Apple TV, Google Chromecast and Fire TV Sticks are used to give you easy access to the best streaming apps. However, you have to try really hard to buy a TV in 2022 that isn’t smart, and as people continue to replace older models of flat-screen TVs, these streaming sticks will become obsolete. In fact, we think this might just be the final generation.

So say a prayer for Roku and read on to see what’s new with Google Chromecast, including five features you may have forgotten about. 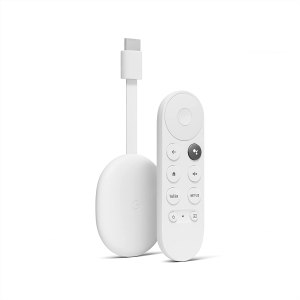 Still Intuitive and Simple to Use

Part of the appeal about the Chromecast is that it’s simple and intuitive to use. Setting it all up takes no more than five minutes, and this new model is no exception. We also love that there’s a physical remote included with the purchase, which makes it even easier to set up. No longer are you just restricted to your phone.

Plug it into your TV’s HDMI port, run through the setup process on screen, and connect it to your Wi-Fi are all the steps you’ll need to run through. This straightforward level of setting it up helped coined the popular tech phrase of “the Chromecast of.” These are gadgets that help to sprinkle a dose of ‘smart functions’ to ‘dumb’ appliances. 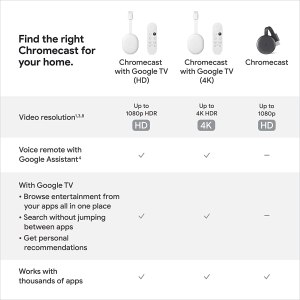 Take for example the SwitchBot Curtain Smart Electric Motor that transforms existing window blinds into smart ones. Or perhaps the Level Lock Bolt Edition, which turns your ordinary door deadbolt into a smart lock.

We can’t forget how the Google Chromecast bridged the gap of moving consumers to a new way of consuming entertainment. Before its arrival, there really was no easy way of watching your favorite streaming services on a TV. The Chromecast changed all that. However, there’s no denying that it’s hit peak popularity.

One of the biggest reasons why the Chromecast has been successful is because of its inexpensive cost. It was the reason why many consumers held off from buying a new TV because it brought the smarts to their old TV sets. Remember the first time you streamed your favorite movie from your phone to the TV? It was groundbreaking back in 2013 when the original launched in 2013.

Historically, the Chromecast hovered at the $35 price point — with only the Chromecast Ultra and Chromecast with Google TV exceeding $50. The affordable cost of the Chromecast made it one of the most popular stocking stuffer gifts during the holidays. In 2015, it was reported that Google sold more than 55 million Chromecast, surpassing the two previous years. 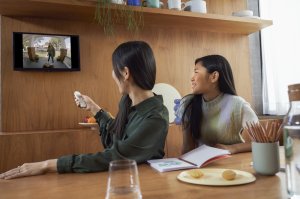 You could say that the market is saturated, especially given how it’s competing against other streaming sticks and boxes. Roku’s streaming boxes and Amazon’s Fire TV sticks are two of its biggest direct competitors, but you also have to remember how many new smart TVs and cable boxes package in Chromecast functions of their own.

This could very well be the last generation of Chromecast streaming sticks, but it’s hard to overlook its accomplishments.

5 Things You Forgot Google Chromecast Could Do

Mirror Your Phone to Your TV: This feature has so many practical applications. With the help of a Chromecast, you can easily stream your phone to your TV. It’s perfect for showing off a presentation you’re working on or a game

Control Smart Home Devices With Ease: With the help of voice command, you can use the included remote to interact with Google Assistant to control all your smart home devices. You could turn on the lights, unlock the front door, and even have your coffee maker start brewing.

See Who’s At the Door: Another useful feature of the Chromecast is being able to see who’s at the front door. You can set it up so that whenever a compatible doorbell is rung, the live stream can instantly be shown on your TV courtesy of the Chromecast. You can even see a live stream of your home security cameras too.

Stream On Vacation At Your Hotel: Sometimes it’s hard to find a good show or movie to watch when you’re on vacation. Hotels don’t always have the best selection of content, which is why you can instead connect your Chromecast to access the content you really want to watch.

Play Music On Your TV: If your TV already has a great set of speakers, or connected to a surround sound system, you can use the Chromecast to play music on your TV. You can use your phone or ask Google Assistant to start streaming YouTube Music playlist, or other music service, onto your TV. 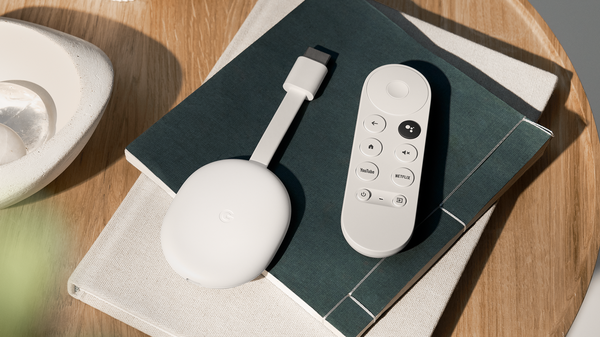