Launching late last summer, the Google Nest Cam (Battery) was one of many new security cameras that brought a refreshing change to the lineup. That’s because Google’s line of Nest cameras were several years old up until that point, so the lineup was in desperate need of a proper update. 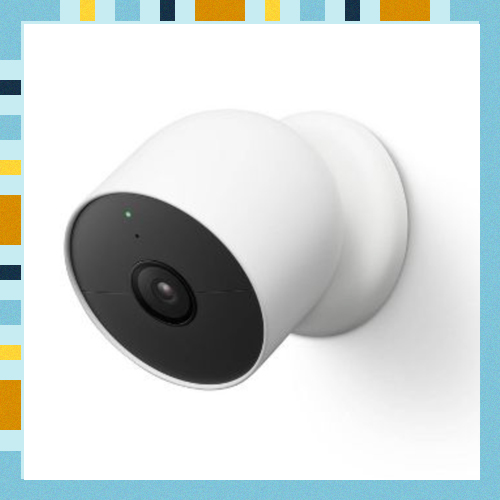 Included in the box

Out of the box, the first decision I had to make was whether to use it indoors or out. I ended up keeping it as an indoor camera mounted on the wall overseeing a narrow hallway, but it does feature an IP54 construction if it’s used as an outdoor security camera. Thanks to the firm magnetic connection of the camera and mounting plate, the Google Nest Cam hasn’t once budged from its perched spot. Seriously, it requires a fair amount of force to pull it apart. 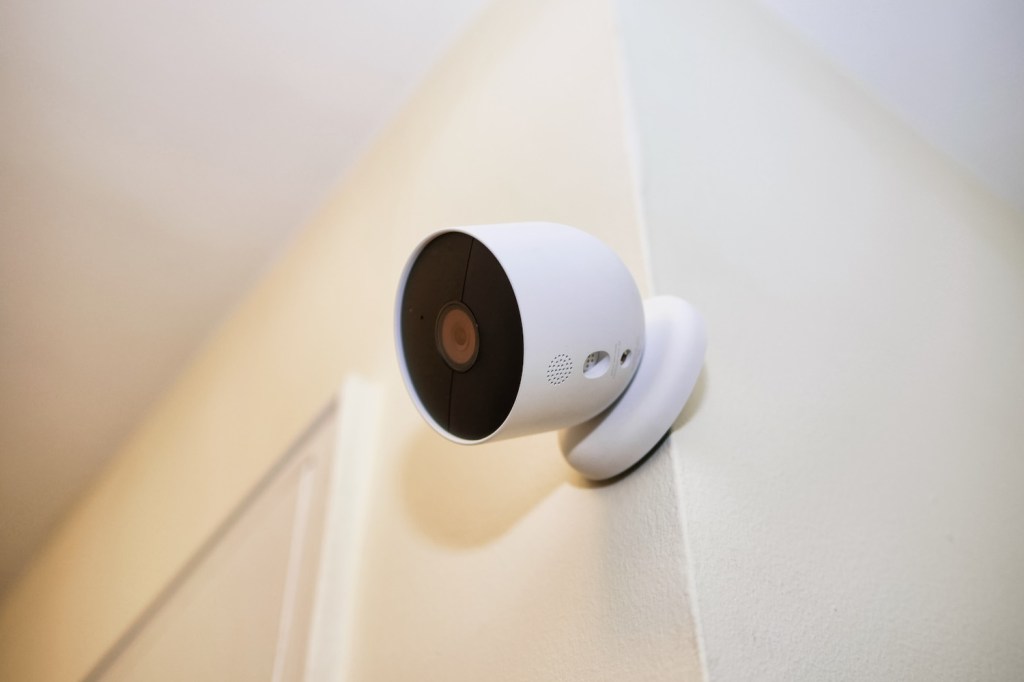 All the setup is done through the Google Home app, which had me connecting the camera to my home’s Wi-Fi network. The whole process took about 5 minutes to complete, so it’s a pretty straightforward process. If you intend on using it as an indoor camera, like what I’ve done, Google sells the optional Nest Cam Stand that keeps the camera upright and powered continuously.

Google chose to follow the same minimalist design like its previous generation of Nest cameras. It’s not a bad decision because the clean looks definitely make it more approachable than, say, your typical security camera design. Although, as an indoor camera, it feels dense and also on the hefty side at 14.01 ounces. By comparison, the Ring Indoor Cam weighs 3.68 ounces — and both are primarily constructed from plastic. 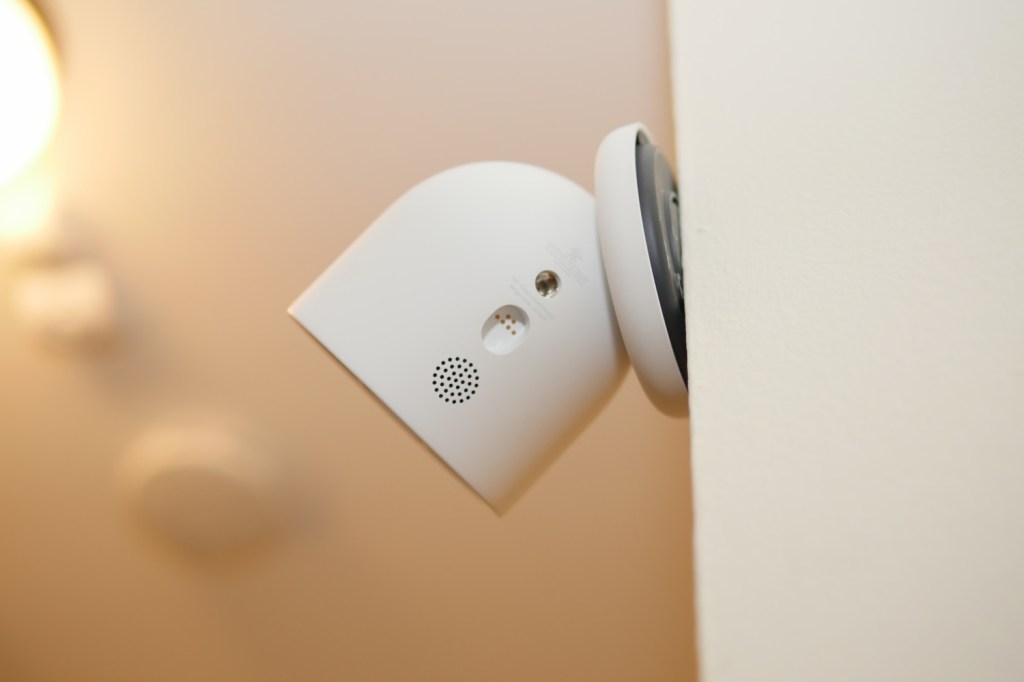 There’s an LED light right above the camera that turns on whenever it’s actively monitoring, while a speaker grill, ¼-inch mount, and power connection are found on its underside. The only decision I’m not too thrilled about is the proprietary charging port that Google opted to go with. Yes, it probably helps to maintain the camera’s IP54 rating, but it means that losing or misplacing the included charging cable would mean buying a replacement.

At the center of it all is a 2-megapixel, 1/2.8-inch sensor that delivers up to 1080p footage at 30 FPS (frames per second). The specs are a step down from the 8-megapixel camera in the previous Google Nest Cam IQ Indoor, which delivered more detail thanks to 4K resolution, but don’t discredit the Nest Cam (Battery) just yet.

That’s because HDR support gives high-contrast scenes a better balance, so that overblown areas are toned down to match the exposure of the rest of the shot. Details are sufficient at 1080p, but I prefer how much more HDR draws out details that would otherwise be lost. The limiting factor here is its 130-degree field of view. It’s on the narrower side, so it’s best suited for corners and ceilings where you’ll have maximum coverage.

With low light situations, night vision delivers crisp results upwards of 20 feet in my experience. Not surprisingly, it handled the indoor setting of my apartment with relative ease. However, I really would’ve loved to see it offer color night vision because it’s a feature that’s being more common in cameras of this caliber.

Over on the detection side of things, Google has implemented machine learning so that it can discern people, pets, vehicles, and motion. So far, it’s been pretty accurate with its detection — plus, I like the option to set up activity zones to reduce false alerts.

I’m really impressed by its battery life. In the 6+ months of using it, I’ve had to recharge it only three times. That’s actually in line to Google’s “typical” usage rating, which is about 3 months of battery life with 9 to 12 recorded events per day.

Even more impressive is that the Google Nest Cam continues to monitor and protect even when there’s an internet outage. Since it’s battery powered and features its own internal storage (capacity isn’t disclosed), it’ll continue to record events on its own. I’ve tested this out on a few occasions by arming the camera and unplugging my Wi-Fi- router. 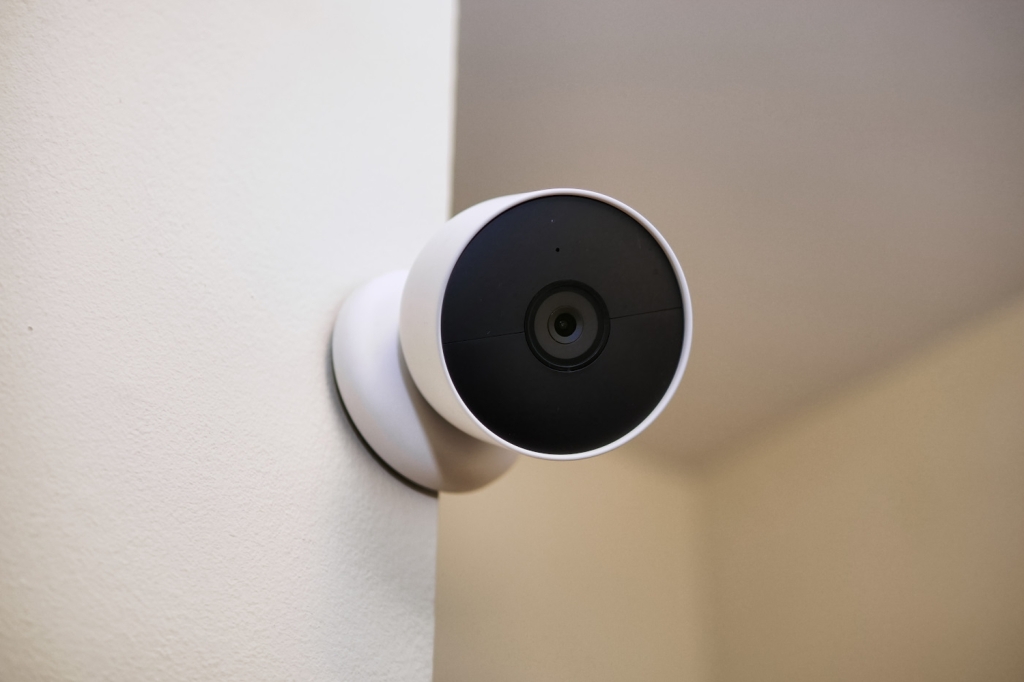 I kept it off for about an hour, and once I restored my router, I was able to access and those events during the outage. This is exactly the kind of peace of mind that helps because you can count on it to continue recording.

Google also deserves credit for offering up to 3 hours of event-based video history. Meaning, it’ll save all video clips from these events, which I can then access through the Google Home app. After 3 hours, however, you’ll need to subscribe to its Nest Aware service in order to have access to older clips. It starts at $6 per month, but extends it to 30 days and covers all the Nest cameras on your account.

Google’s making serious headway in protecting your privacy with its new security camera. First of all, I have the geo fencing feature enabled to arm the camera whenever I leave my apartment. This automation is a tremendous boost because now the camera will electronically turn itself off whenever I’m home, so there’s none of that constant surveillance going on. 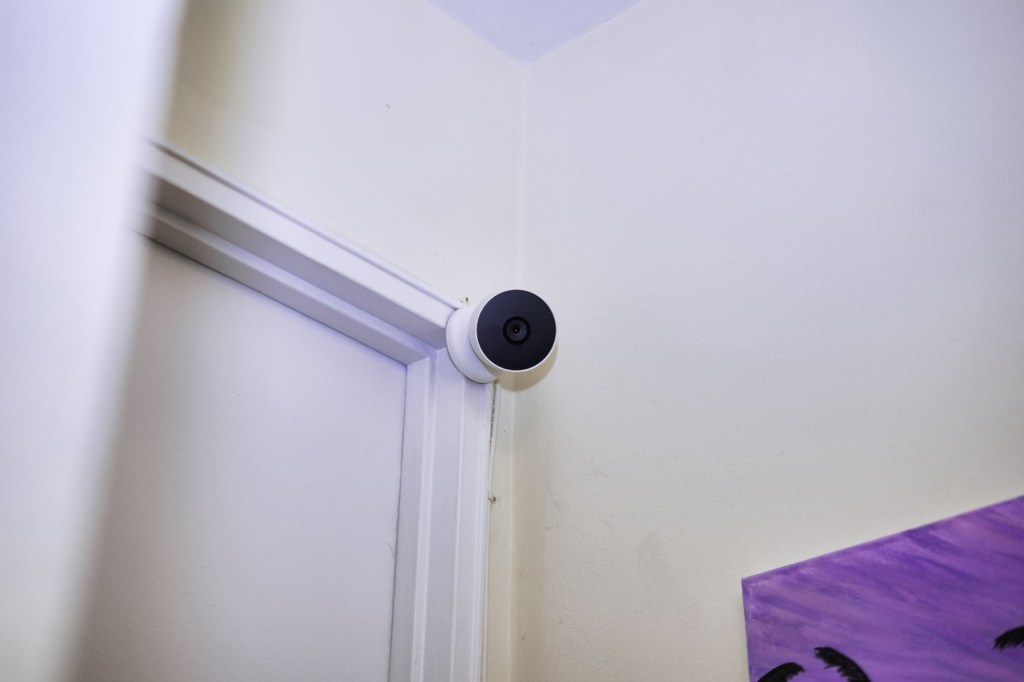 If someone does access the camera’s live feed, the LED light on the camera turns on to indicate that. Through the app, there’s also the option to disable the microphone completely. While I would’ve loved to see a physical privacy shutter implementation of some kind, Google has done enough to give me enough confidence to keep the Nest Cam inside of my apartment.

Our Verdict: This Is the #1 Security Camera of the Year

Few security cameras can match the versatility and performance that the Google Nest Cam (Battery) provides. If peace of mind is what you’re after, the $180 retail cost of the Google Nest Cam is unrivaled because it works when you need it to. Plus, you’re not forced into a subscription service to reap the benefits of accessing recorded events.

You bet. It makes for a wonderful camera indoors or outdoors. 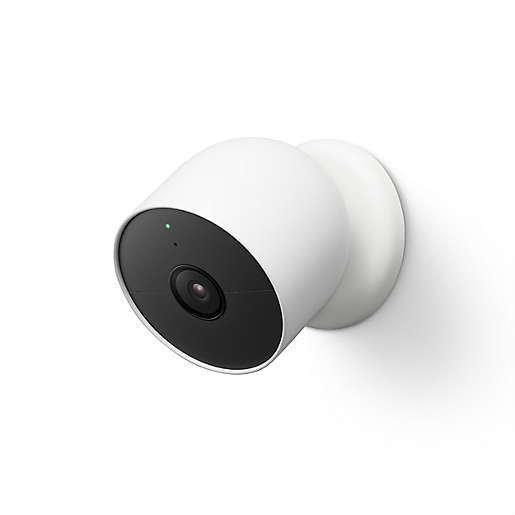 Courtesy of Bed Bath Beyond

Despite the plastic body, the Google Nest Cam (Battery) feels substantial. Usually I’d worry about what would happen if it fell off a ledge or wall, but its firm magnetic connection makes it incredibly tough to pry off. There’s a 1-year limited warranty that covers for defects.

There are few security cameras that cover both indoors and outdoors, but here are just some of the closest alternatives to the Google Nest Cam.

Accompanied by 2K resolution and support for HDR, the Arlo Pro 4 is one of the best performing outdoor security cameras around. 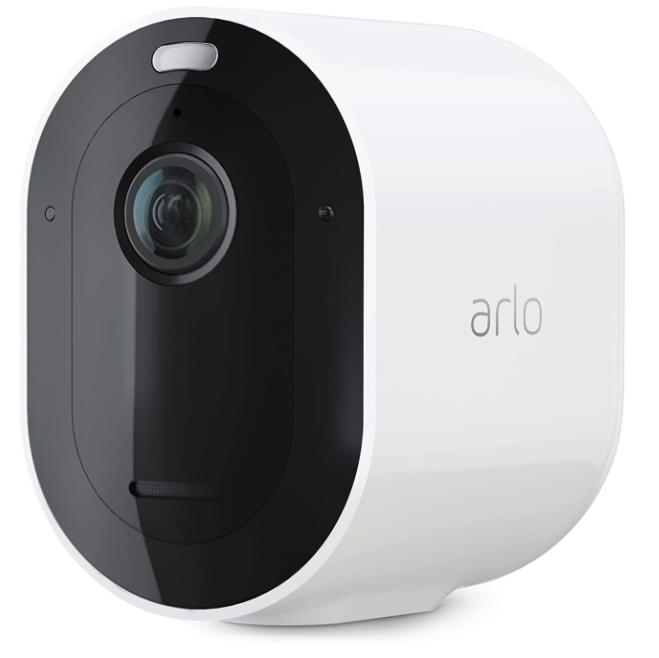 With its on-board local storage, the Eufy SoloCam E40 is one of the very few outdoor security cameras that works all on its own. There are no subscriptions attached, so it’ll keep on recording all events. 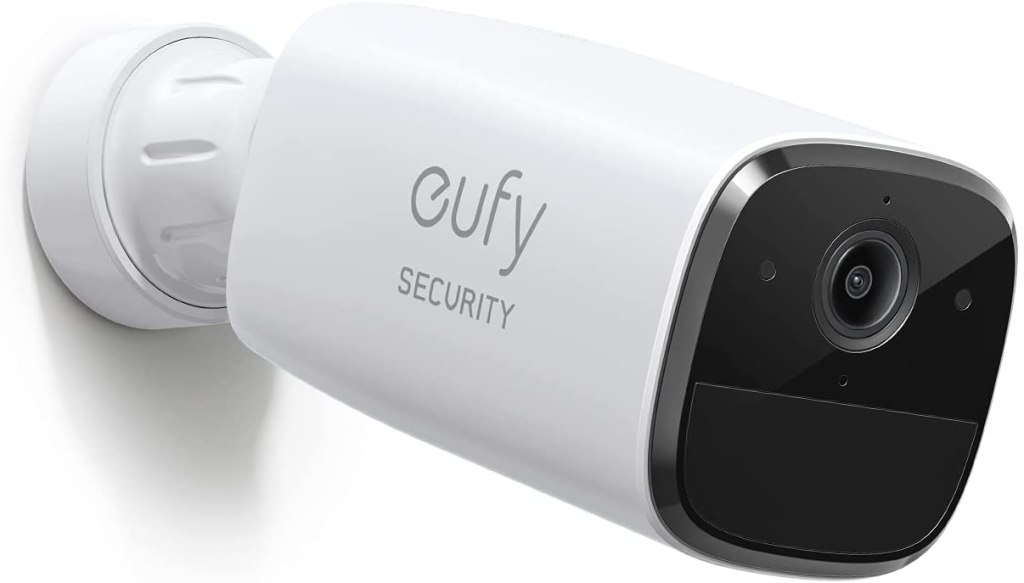 If savings is what you crave, the Wyze Cam V3 won’t cost you too much. It’s designed to work indoors and out, plus it features local storage, 2-way communication, and more in a compact design. 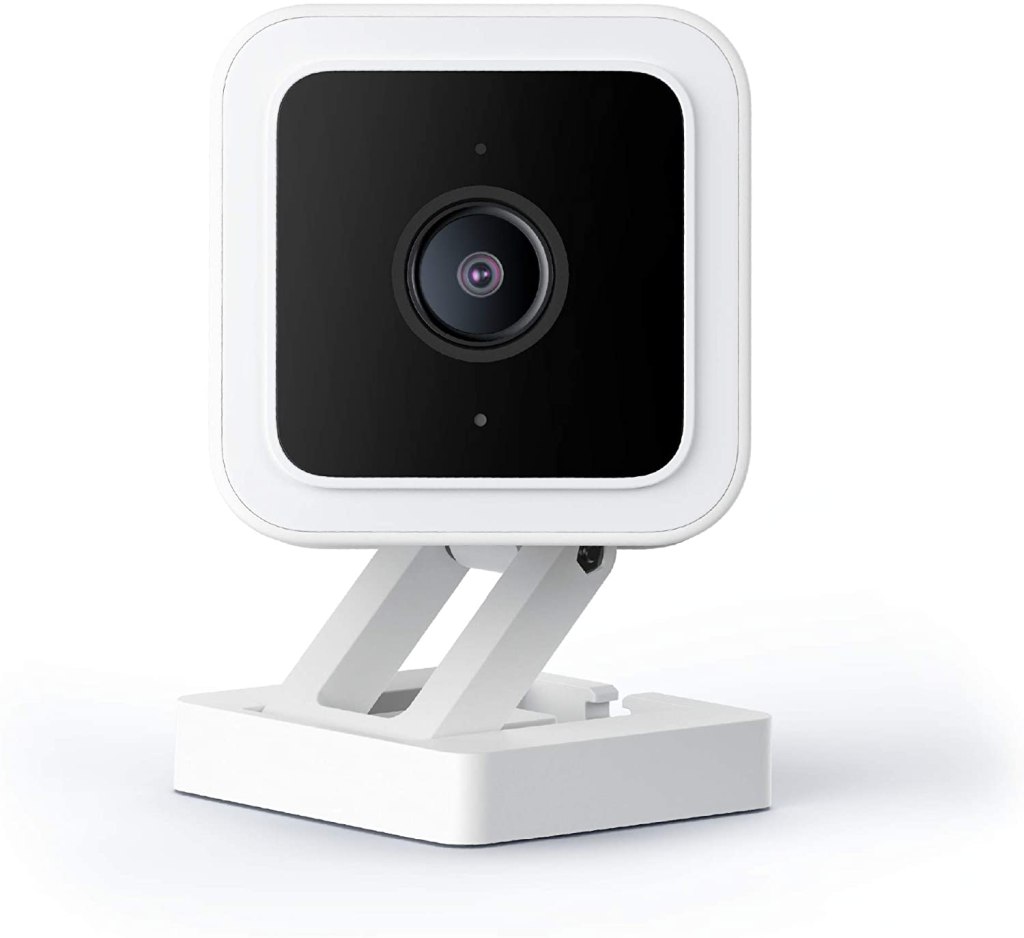