Do you remember the original Nest Cam Indoor? It was announced way back in June 2015, where it remained as a top-seller in the security camera space up until it was discontinued late last year. That’s an impressive run given how frequently tech gadgets receive makeovers.

After years of fending off the competition, a proper successor was finally released with the Google Nest Cam (Indoor, Wired), which was one of three new cams introduced by the company. I’ve spent over 4 months using it to keep track of the comings and goings in my apartment, so I have a solid feel on how well it has performed. 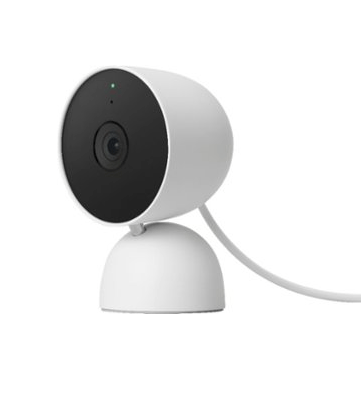 Included In The Box

Since I set it up alongside the Google Nest Cam Battery, it didn’t take me that long to connect it to my home’s WiFi network. Overall, I had it ready for action in about 5 minutes. Luckily everything’s done through the Google Home app, which means one less app to worry about managing. 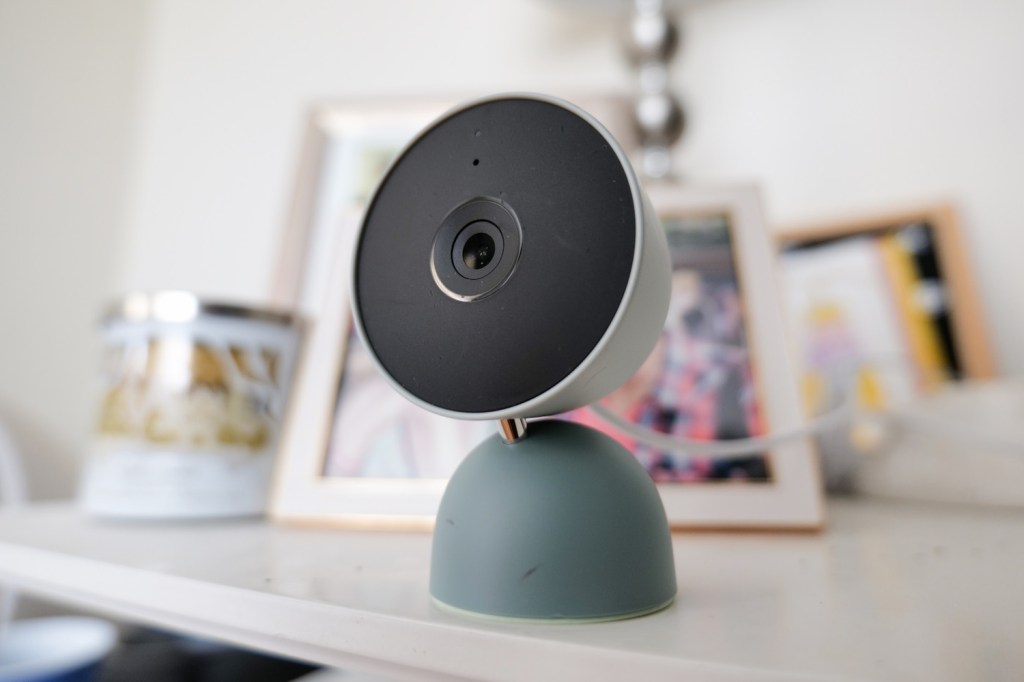 This is a good point to make because this ties directly into the Google Home ecosystem. Meaning, access to all of the camera’s feeds, settings, alerts, and history is done through the Google Home app. So if you’re already part of that ecosystem, this is a very easy and seamless add-on.

Comparing its design to its predecessor, Google certainly made dramatic changes that make this new model far more approachable. While it’s painfully obvious that it’s a camera with a big lens staring at you, I really do love its adorable looks, matte-like finish and neutral color tone that blends in with my apartment’s decor.

I will admit it’s rather weighty, tipping the scales at a hefty 14.1 ounces. You wouldn’t think that just based on looks alone, but it definitely feels dense. Luckily it’s held up just fine, even when it’s been dropped from its perch a few times because of my curious cats. 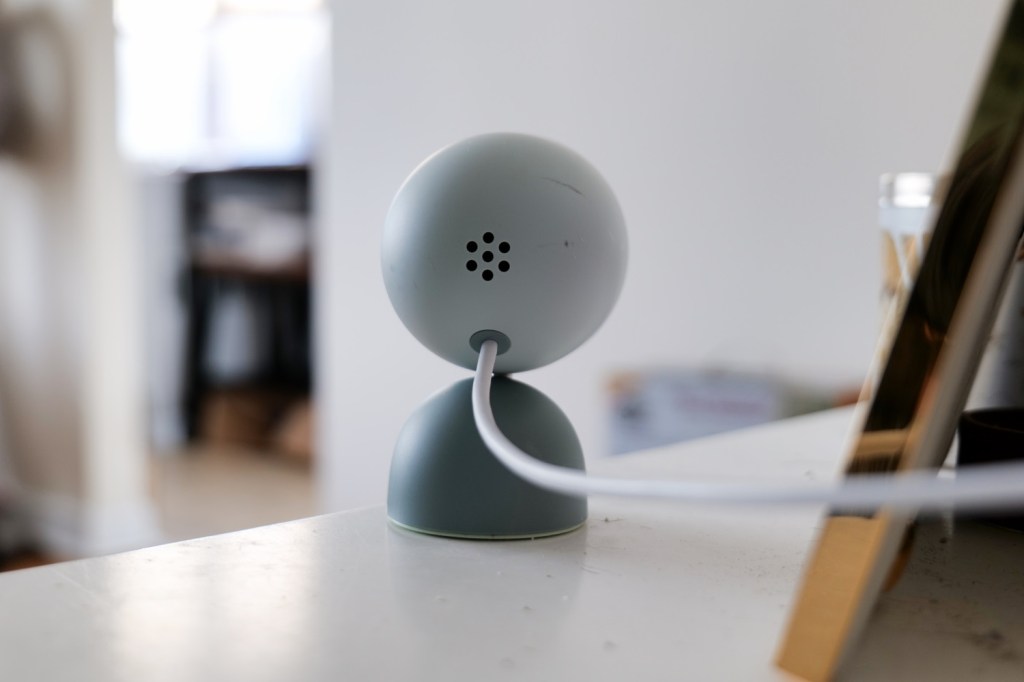 The only complaint I have about the design is that the charging cable isn’t replaceable. If the cable goes bad, it means having to replace the entire camera.

Compared to its rivals, the specs of the Google Nest Cam (Indoor, Wired) are average. The 2-megapixel sensor with a 135-degree field of view captures clips at up to 1080p 30 FPS (frames per second), while HDR support does nicely to balance high-contrast scenes.

For example, the bright conditions outside of my living room window are toned down a bit, allowing me to see some details that would otherwise be blown out — especially when priority is given to the inside of the room. Details aren’t as sharp as other cameras I’ve tested, but it’s sharp enough to make out most things.

It’s also a tad soft with night vision footage, which is due to the low-contrast look of the footage. Despite this, I think it’s intentional on Google’s part because the shadows are boosted to help draw out details.

Even though I’m not totally blown away by the camera’s quality, it’s still more than usable by today’s standards.

Just like its sibling the Google Nest Cam (Battery), there’s no questioning the peace of mind security this indoor camera offers. It’s been incredibly reliable with detecting possible threats and informing me about them. That’s because it leverages onboard machine learning to discern between people, vehicles and pets. It’s very useful if you have pets at home, too. The camera gives you the ability to edit the list of things it notifies you about, so no more pings from a curious cat. 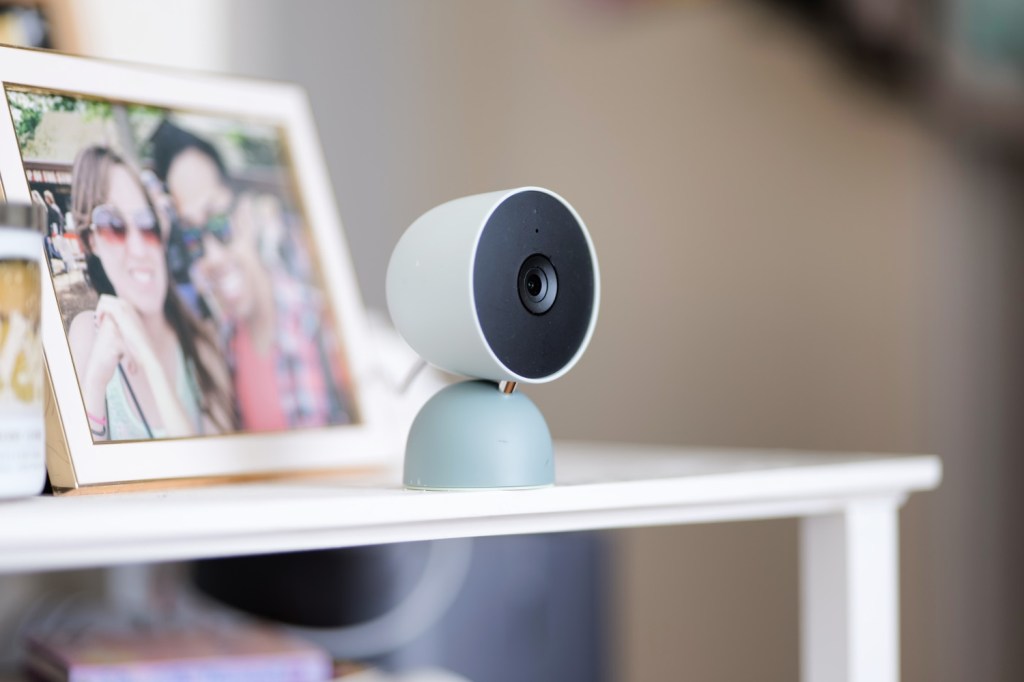 Another detail I really love about the Google Nest Cam (Indoor, Wired) is that it offers up to three hours of event-based video history for free. That’s provided straight out of the box, without having to fork over any additional cost for a proper subscription service. Even though it’s limited to the past three hours, it’s been sufficient time in my experience to preview the video footage — whereas, with other cameras, you’re only given mobile alerts and maybe a picture of the triggered event.

Google does offer a proper subscription service, Nest Aware, that extends video history and cloud storage to 30 days for $6 per month. Even without it, I’m still astounded by how incredibly well it has performed with keeping an eye out on my apartment.

Thanks to a geofencing option, the Google Nest Cam can automatically arm/disarm itself without any interaction on my part. This is an added convenience that I wish all security cameras offered, not only because it effectively turns off the camera when I’m home, but also because there’s no longer the need for me to manually arm it whenever I leave, either.

On top of that, the built-in LED above the camera lens turns on whenever the live stream is accessed. Sure, I really would’ve preferred having some sort of physical privacy shutter, but it’s doing a better job than some of its rivals to respect my privacy. 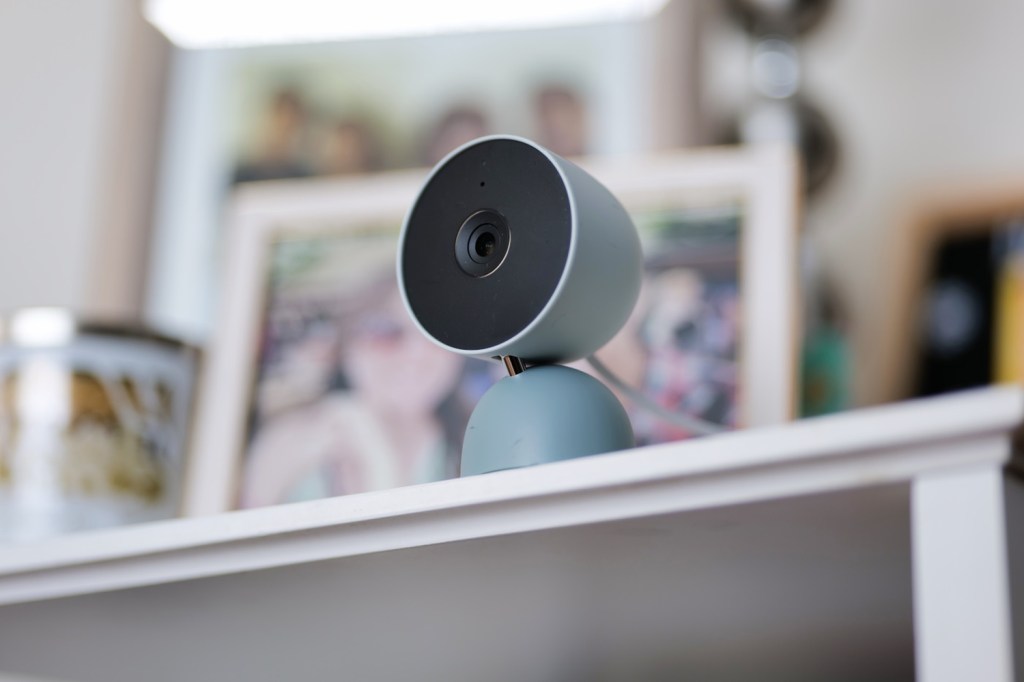 Also, it can still do its job when there are internet outages because it features local storage. As long as it’s still being supplied with power, it’ll continue to monitor activities and save events without internet connectivity.

Security cameras shouldn’t be so complicated. The Google Nest Cam (Indoor, Wired) has proven that to me with its intelligent detection and peace of mind privacy. Sure, it’s not big on next-gen features, nor are the specs out of this world, but it just works perfectly at what it does.

Yes. Its $100 cost is made better knowing that you technically don’t have to subscribe to a service in order to receive video history.

It’s a dense little camera, but so far it’s been very solid — even after a few drops to the floor. Google offers a 1-year limited warranty that covers defects.

There’s been serious competition in this space for quite some time, but here are some of its closest rivals.

It’s been available for a couple of years now, but the Ring Indoor Cam still proves to be a reliable indoor camera for Ring/Amazon users. New features added in the last year, like geo-fencing and mandatory 2-factor authentication, have made it an even more polished package. 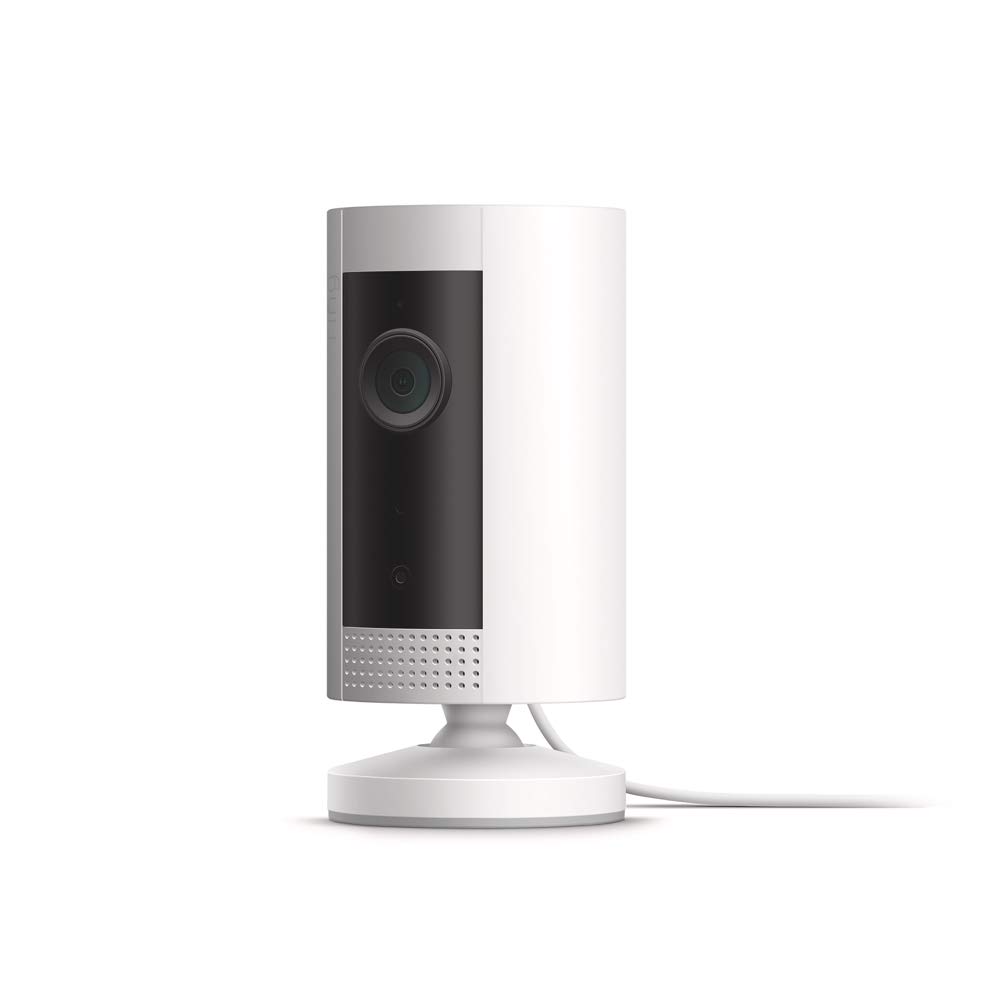 Although it’s uncommon, the Arlo Essential Indoor Camera has a step up over most of its rivals because it takes privacy to a higher level with its automatic privacy shutter. That way, you know you’re not being watched at home. 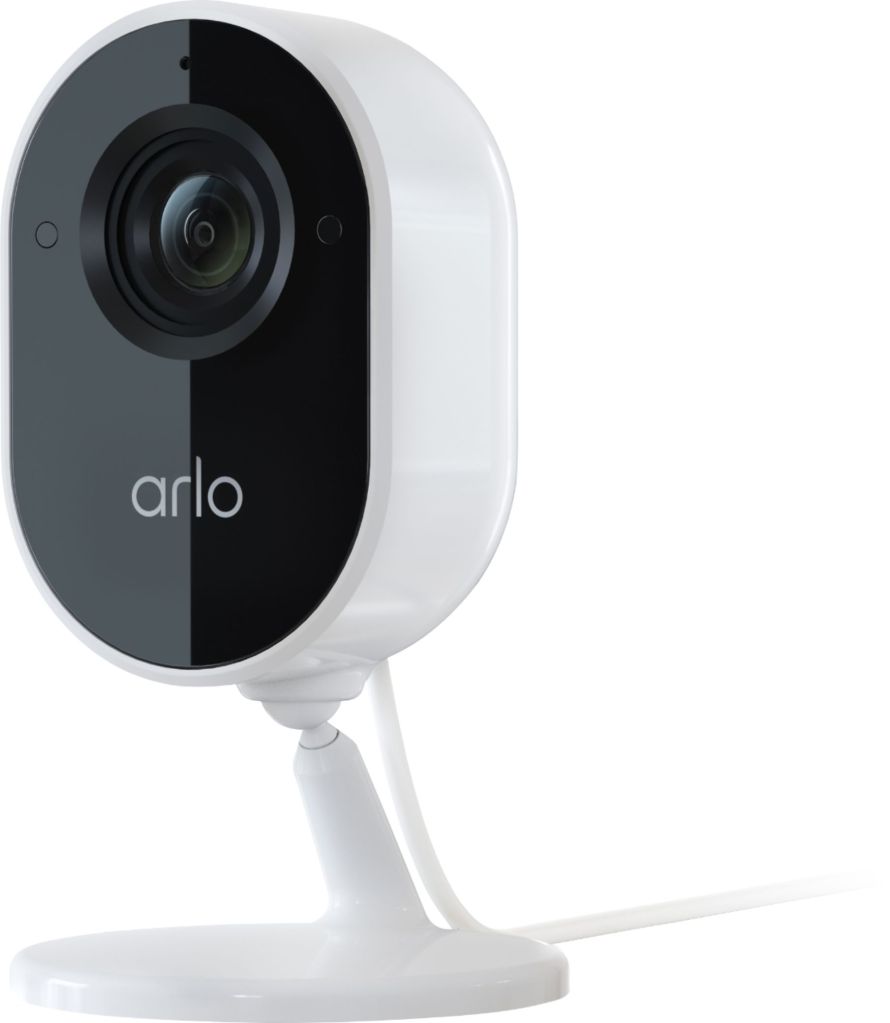 Very few indoor cameras have a wide field of view, but you don’t need one with the Eufy Solo IndoorCam P24 because it can pan and tilt for complete 360-degree coverage. 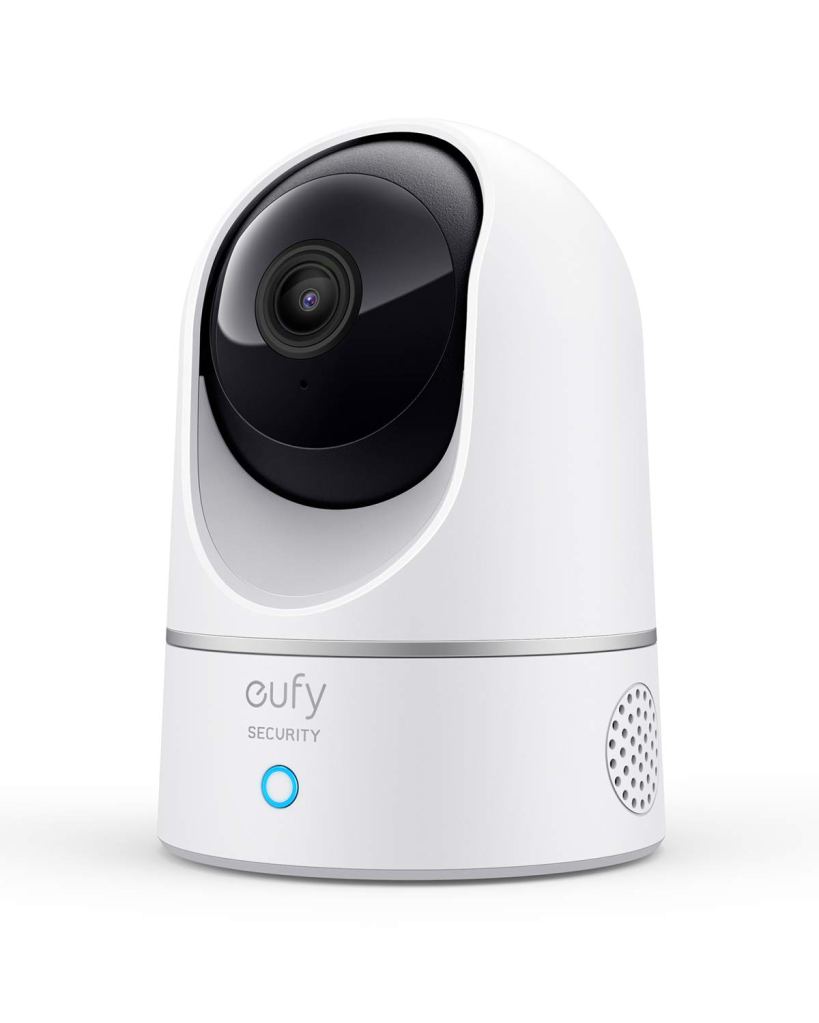