A long time ago, before my days of reviewing tech products and producing YouTube videos, I was working as a computer technician fixing and setting up computers. It was one of my favorite jobs ever because I got to travel everywhere, meet new people, and work on what I loved most.

Like a lot of people that work with computers for a living, I like to think of myself as a pretty rational person, but during one visit to a client’s home, something strange happened that made me question everything. I was working on a computer when all of a sudden the room started to get hazy for some reason. I was struck by a powerful urge to look behind me — and that’s when this cloud-like mass started to coalesce before my eyes. I thought my eyes were playing a trick on me, so I blinked and rubbed my eyes to make sure I was seeing what I was seeing.

The cloud didn’t go away.

Slowly, the hazy mass began to creep toward me, only to suddenly reverse course and quickly go through the door behind it. The only thing that remained was just a trail of foggy smoke that quickly dissipated. Did I just witness a ghost manifesting before my eyes? I thought so.

I’ve been thinking a lot about that experience lately. Not only was I reminded that National Paranormal Day was on May 3, but also because of my recent work testing and reviewing home security cameras. Sure, skeptics may question my experience, but I bet they’d probably believe me if I had hard evidence. That brings me to this topic: how to catch a ghost on video.

I’ll be the first to admit that I’ve never been able to do it, but then again, I don’t live in a place that’s haunted. Despite that, I think I have a good understanding of how best to do it. I’m an experienced photographer and videographer, and more importantly, I believe. When I think back to my experience, I wonder what I could’ve done in that instance to prove my story true.

If it’s possible to catch a ghost, spirit or another supernatural phenomenon on camera, then I think I know how to do it. So keep reading to learn everything I know about how to catch a ghost on camera. 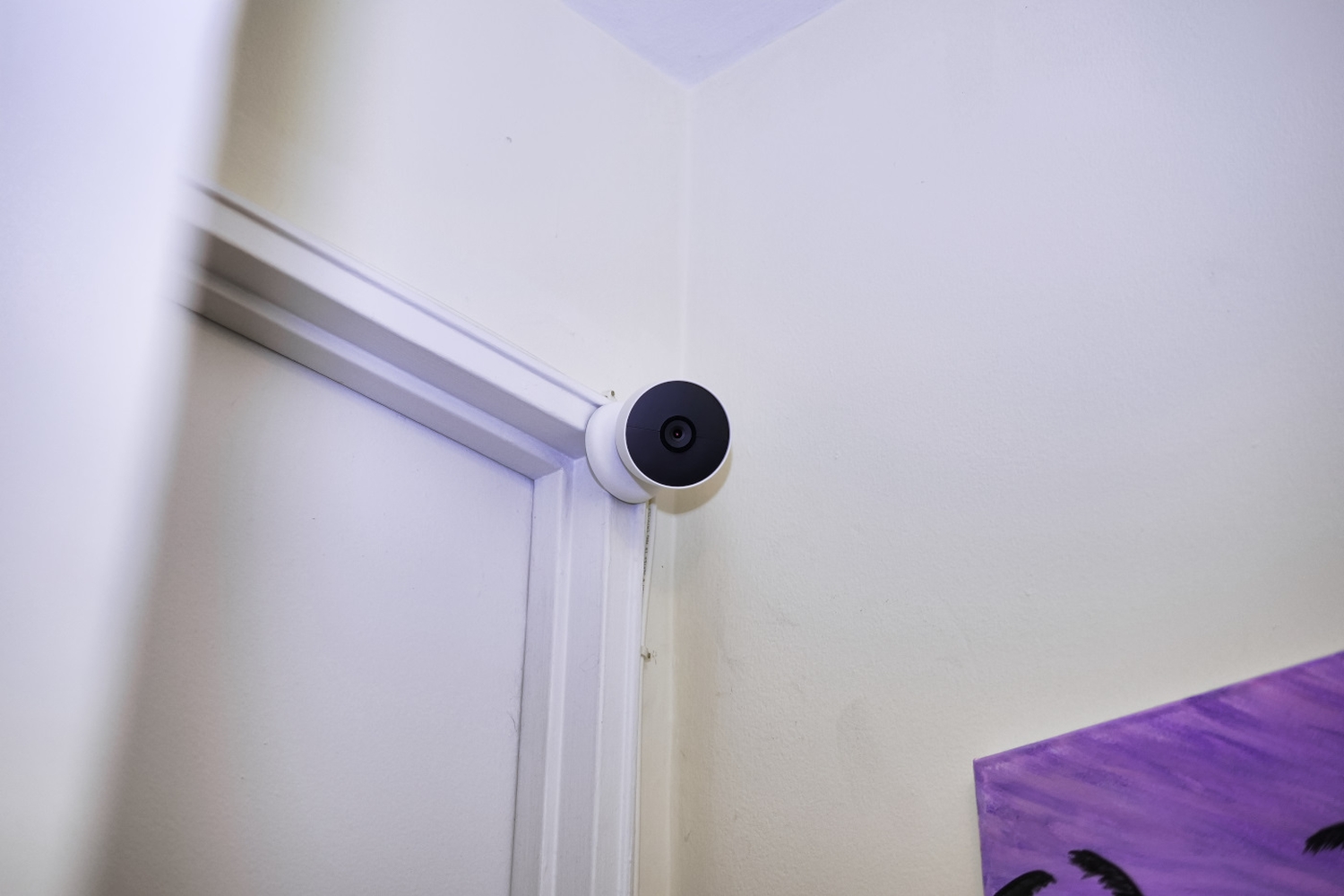 Obviously, there’s no real way to know where a ghost might appear, but you’ll want to have two security cameras for the occasion. They could be the same exact cameras or two separate models.

We suggest that you position them strategically in a room. That way, you can maximize the areas you intend to watch over for possible ghost sightings inside of your home.

Find Cameras With a Wide field of view

It’s important to know your security camera’s field of view. It’s the visible area that a camera can see, which is usually noted as an angle. For example, the Blink Mini has a 110-degree field of view. Most indoor cameras have a narrower field of view because they’re meant to focus on specific areas — versus outdoor security cameras that are needed to cover vast spaces. 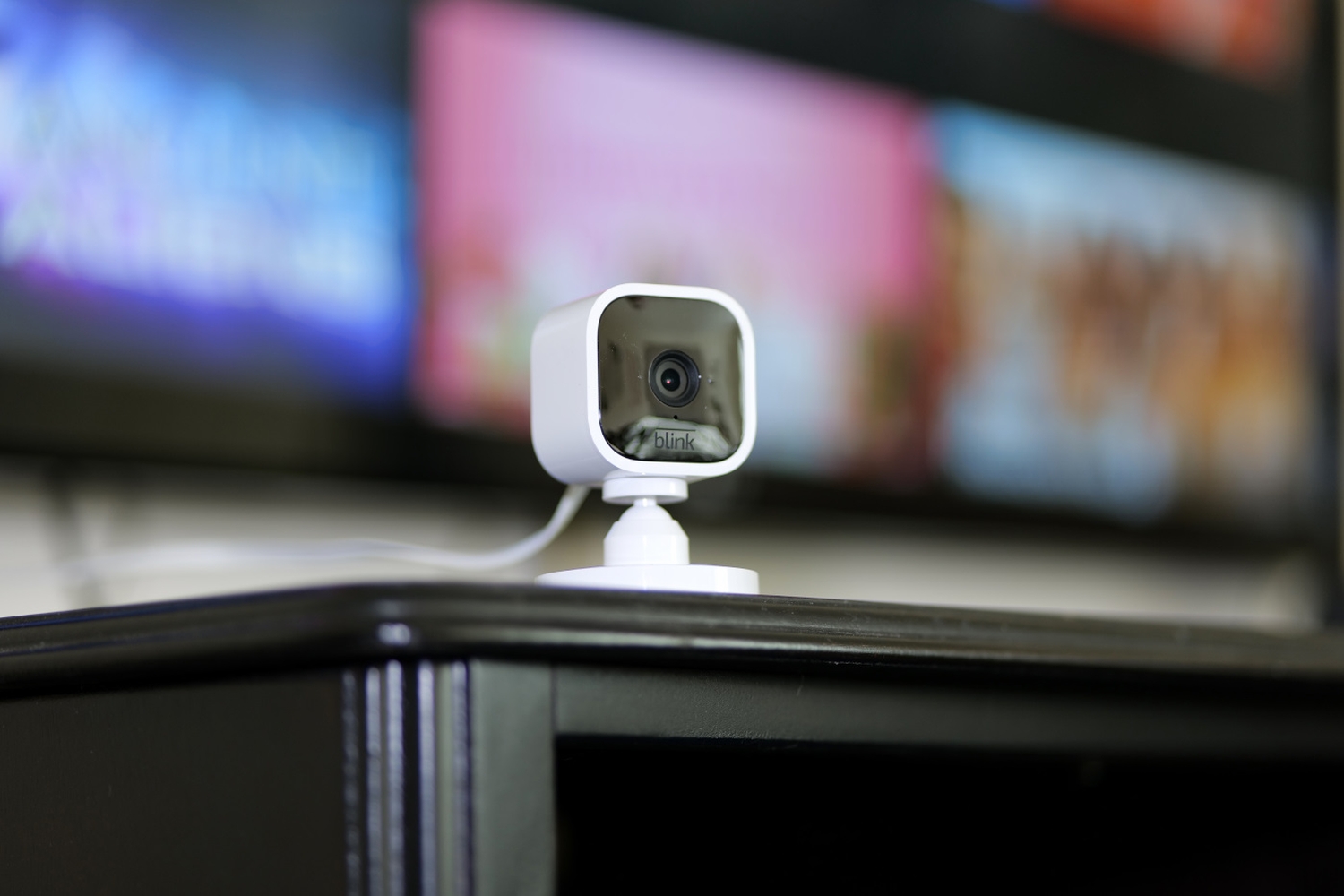 You can find cameras with an even wider field of view, like the Google Nest Cam (Wired, Indoor) and Ring Indoor Cam, which have 135 and 140-degree fields of view respectively. Wider coverage certainly helps, so you don’t miss out on any potential manifestations. 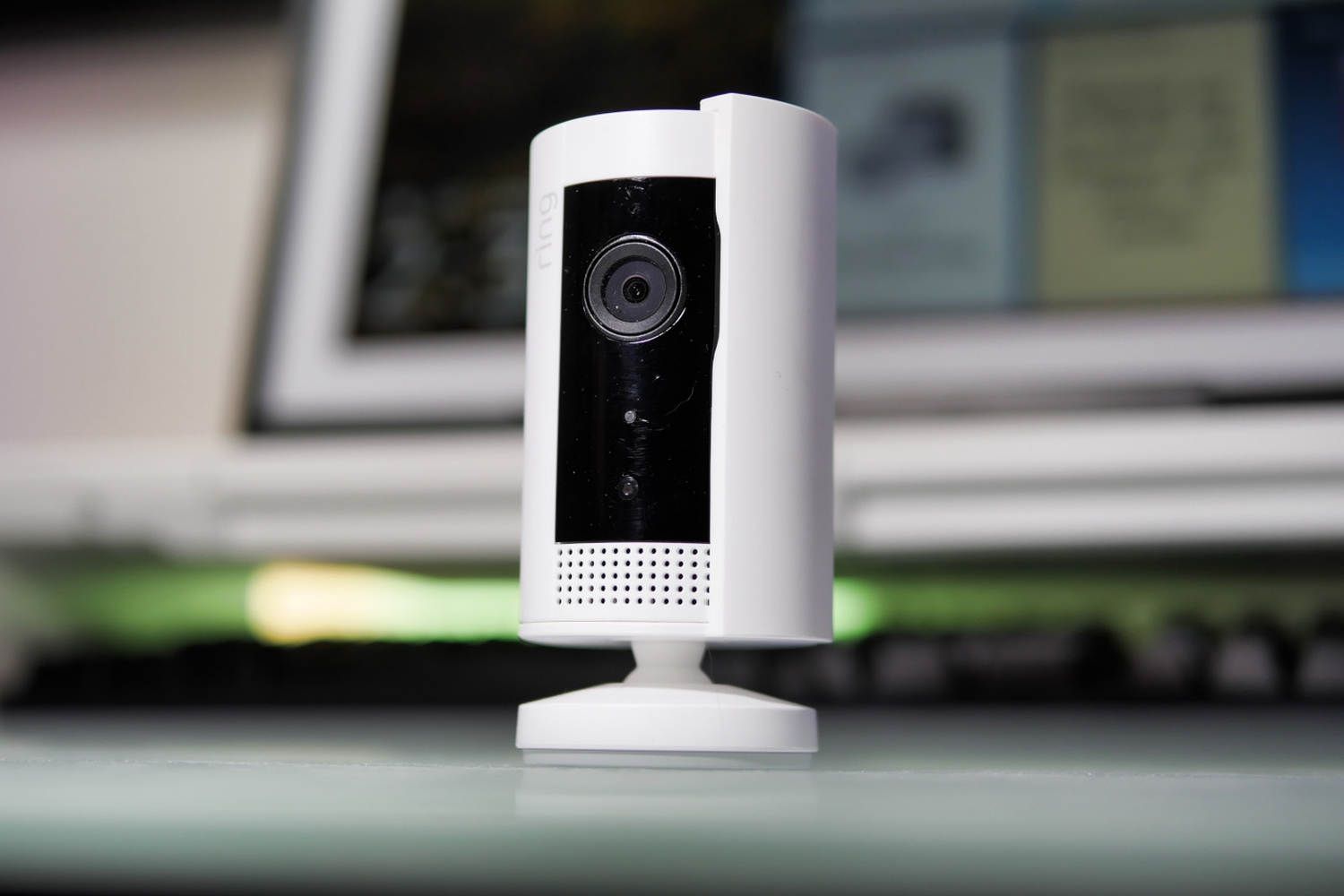 Set One to Record Whenever Motion is Detected

Every single home security camera has the ability to start recording whenever motion is detected. Not only will that event be recorded, but a notification will also be sent to your phone. Even though you can tune your security camera to detect certain motion, such as those from pets, we suggest to simply keep it as is to record all events triggered by any motion.

However, there are some security cameras that can record a few seconds before the start of an event — often referred to as ‘pre-motion’ events. This comes in handy because you never know what you might’ve missed. Reolink’s line of security cameras, like the Reolink E1 Zoom, can be set to start recording 3 to 8 seconds before an event happens. 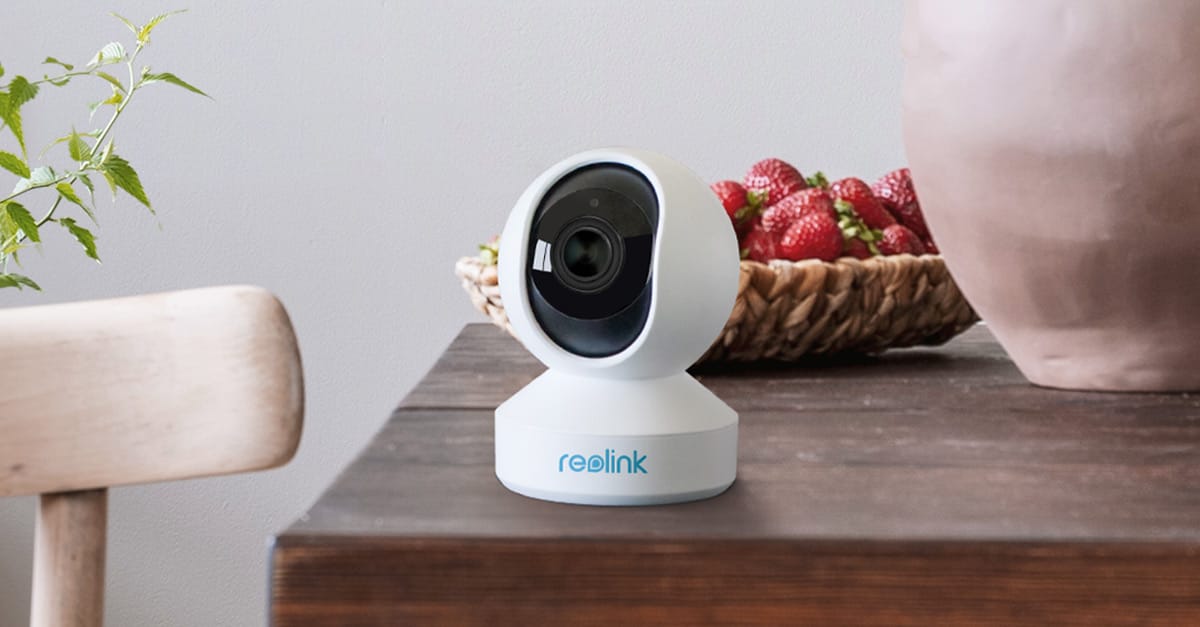 Keep the Other to Continuously Record

In order for you to catch a ghost of video, it’s necessary to have one camera to always record. We’re talking about 24/7 recording, which is typically available on security cameras that have local storage options. 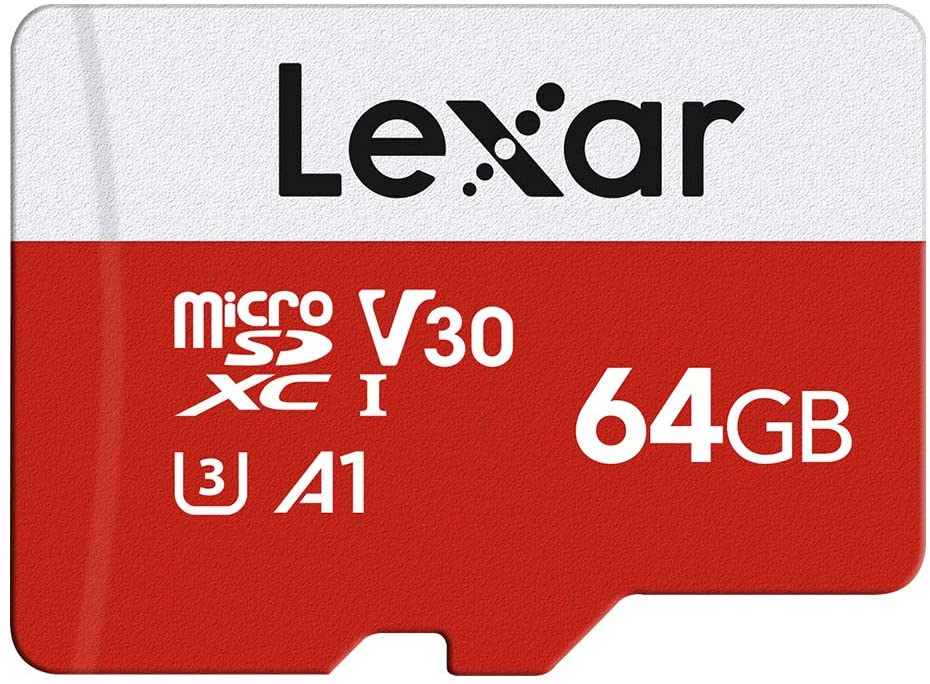 The Wyze V3 Cam and Wyze Outdoor Cam are two of the best values you’ll find in home security cameras, but they both have microSD cards slot that users can use to save footage. It’s really important because no matter how good a camera is at detecting motion, they can still miss an opportunity. 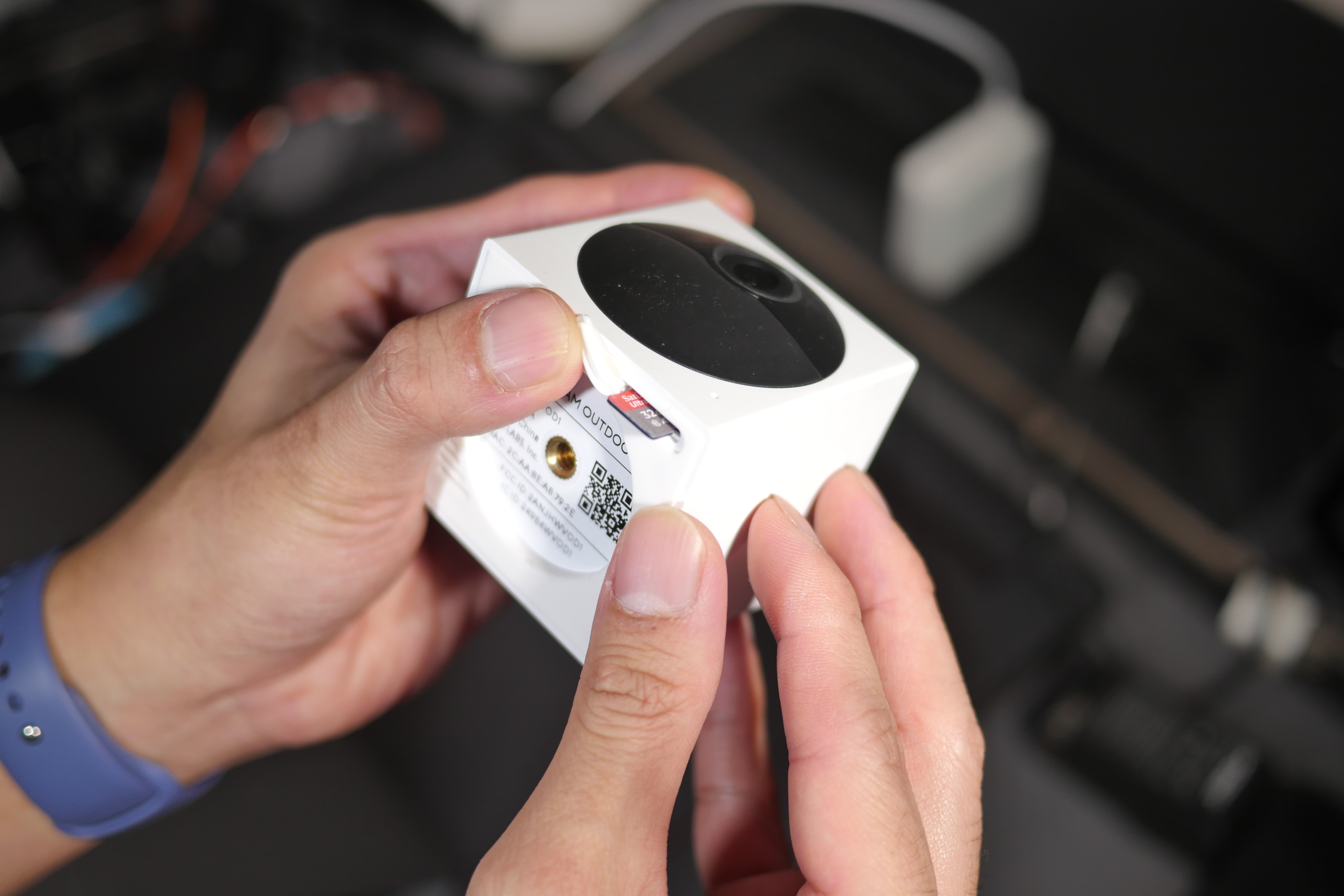 We’ve all experienced being hit by an overabundance of notifications from our security cameras, but don’t let your guard down because you never know what you may find. Whenever you do receive them, we suggest you look at the corresponding footage from the camera you set to continuously record — just so you can double-check if anything suspicious happens before or after the event. You never know what that notification may bring, it could finally be the one that helps to catch a ghost on video.

Having crisp night vision performance can also help when you’re trying to look over the footage. The last thing you’ll want is muddy, indistinct footage that could turn your assertion about a ghost on video, into evidence that you’re just making up to make a claim. 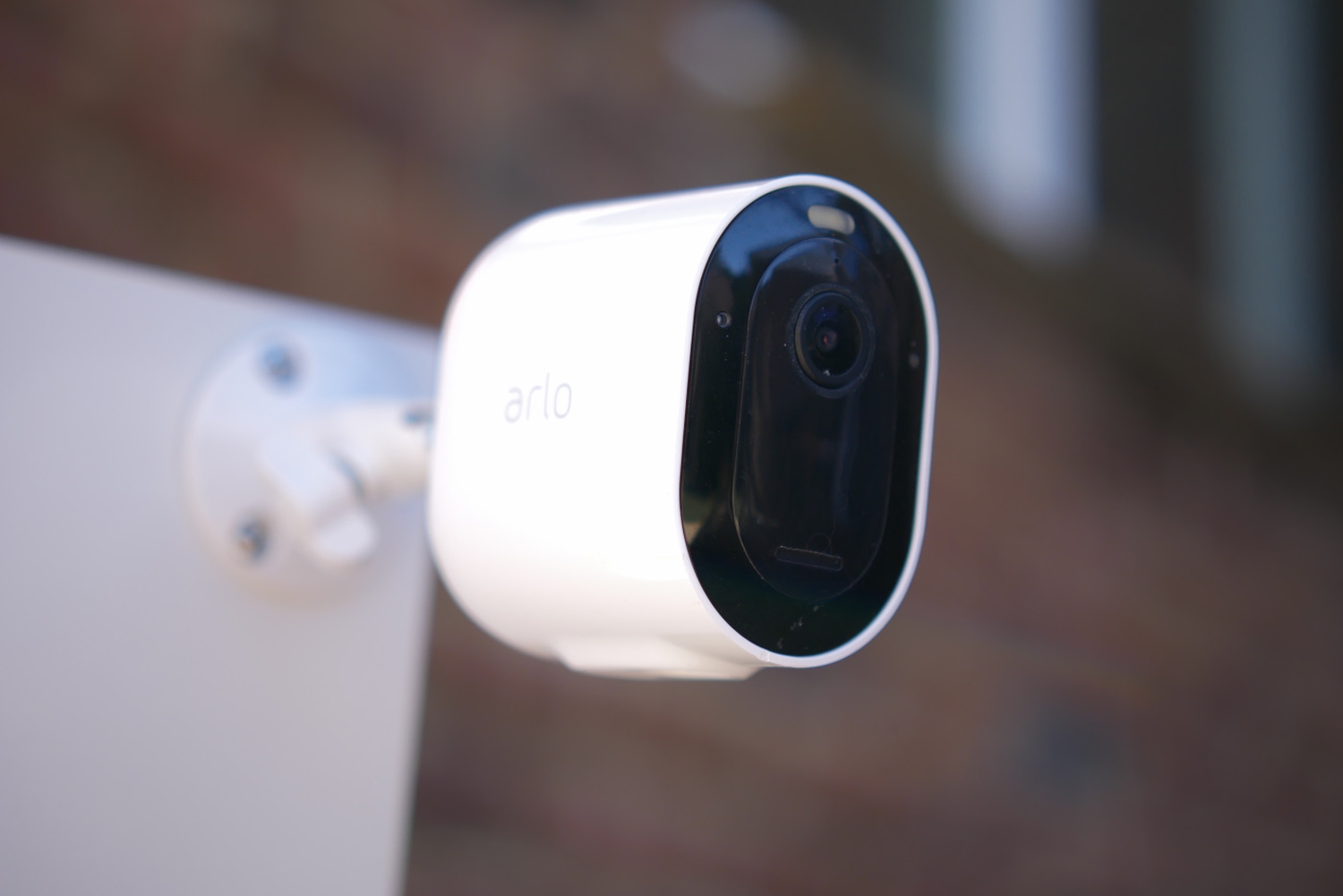 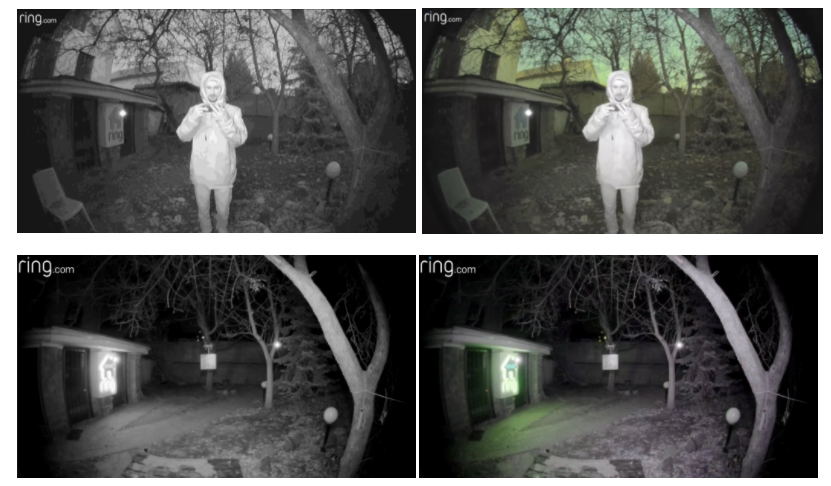 If you watch ghost hunting shows, then you’re probably familiar with the thermal cameras used by ghost hunters to detect hot or cold spots. Thermal cameras, like those Teledyne FLIR, are used to detect thermal energy (heat). 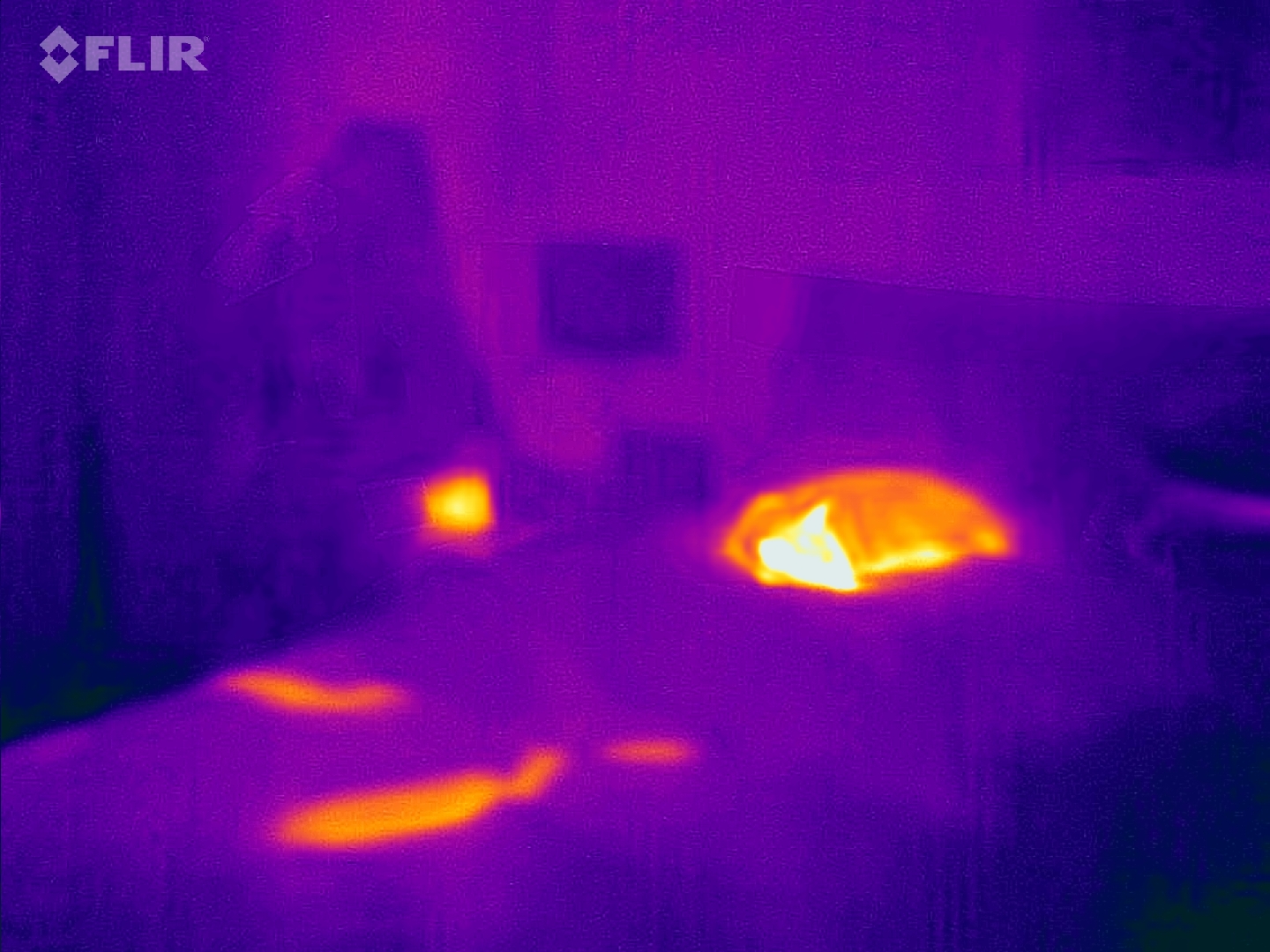 Even though most dedicated FLIR cameras are costly, you can save quite a bit and pick up something like the FLIR ONE that attaches to your phone’s power port. It’s purported that ‘cold spots’ could be caused by paranormal activity, FLIR actually has a useful explainer on some common debunking tips. I suggest you read it over, but if you spot a location in your home where there’s an unexplainable cold spot, it’d be a good place to set up your home security cameras to record any possible manifestations. 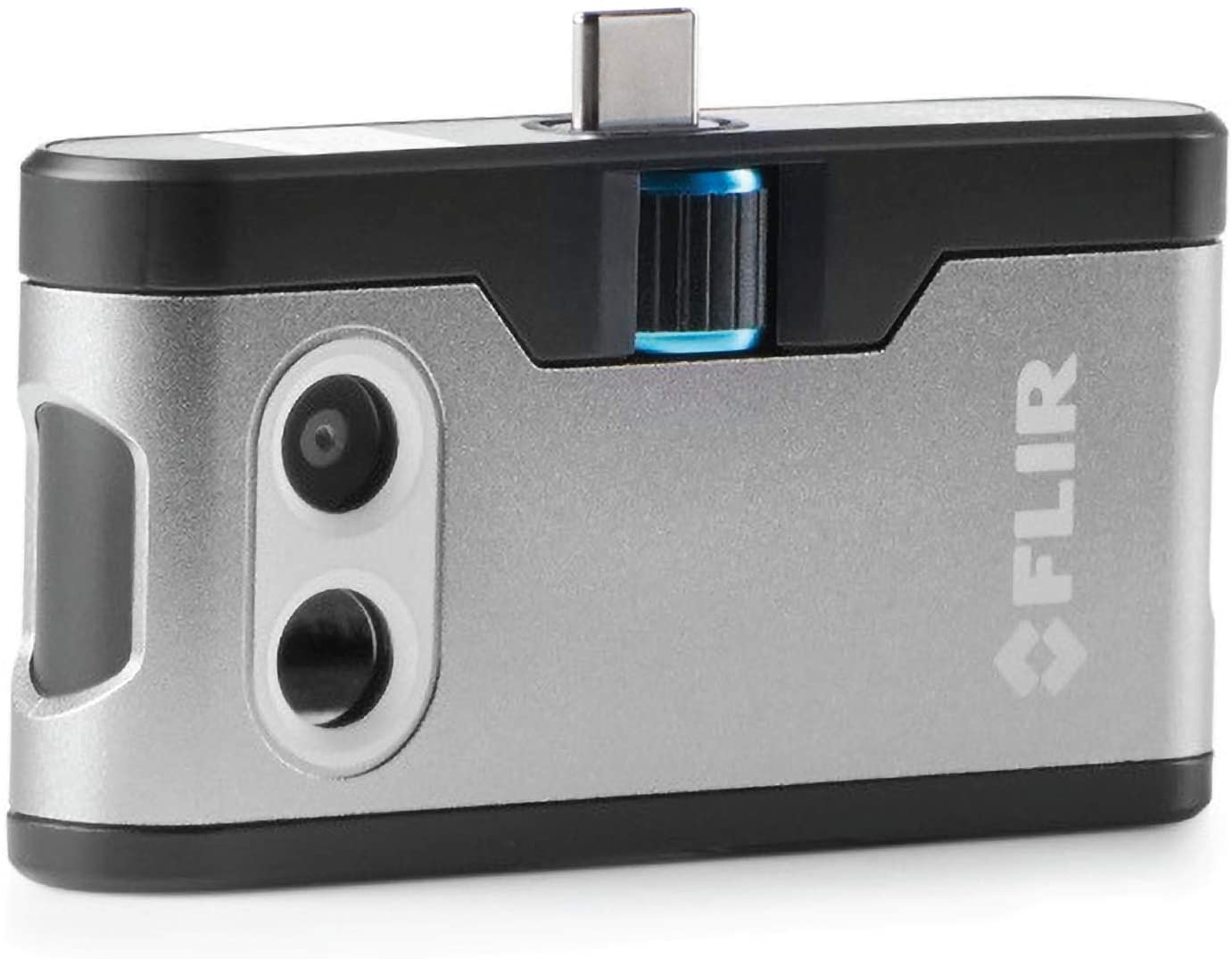