No one has been in the robot vacuum business longer than iRobot, the maker of the popular Roomba vacuums. Widely considered the pioneer in the space, its line of robotic vacuums has consistently evolved to keep up with the robot vacuums arms race. Its latest bot in the iRobot Roomba j7+ is another step forward.

That’s because not only is it yet another self-emptying robot vacuum, but it’s also one of the most intelligent options around with the navigation and obstacle avoidance tech it’s packing along. Charging cables, pet bowls, the unpaired sock on the floor, and much more have stopped many bots in their tracks, so it’s time that our cleaning friends deserve better.

I’ve been putting the Roomba j7+ through many cleanings over a period of three months, giving me plenty of time to gauge if it indeed is the best robot vacuum around. Without a doubt, it’s one of the best Roomba models you can buy in 2022. Keep reading for our full iRobot Roomba j7+ review.

Apart from the huge box it’s packaged in, due to the self-empty bin, setting up the Roomba j7+ is a breeze. Before I downloaded the iRobot app to connect the robot vacuum to my home’s Wi-Fi network, I needed to really think about where to place it. That’s because the self-empty charging bin does occupy some space, but iRobot deserves credit for engineering the sleekest one I’ve come across to date. It’s nearly half as tall as other bins, so it can fit into tighter spaces underneath tables and other countertops. 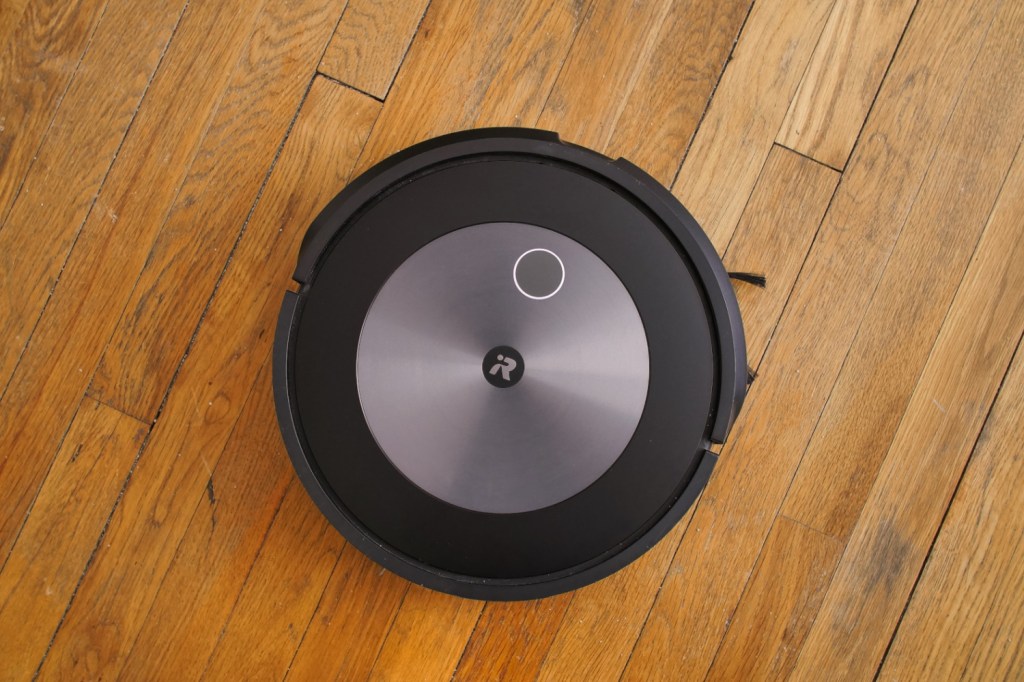 Once I got it all situated and connected the included plug, all that was left to do was go through the prompts in the mobile app to connect it to the network. After all that, it was ready for its first cleaning, which also gave it an opportunity to create a map of my apartment. For those who don’t fancy apps in order to run the Roomba j7+, there’s a physical button on the lid to conveniently start or stop a cleaning.

There’s nothing particularly too compelling about the bot’s design. You could say it’s on the generic side with its circular shape, monotone colored plastic chassis, and bristled side brush. I’ve seen more stylish looking robot vacuums cladded with glass surfaces and brighter color tones, but it’s evident that iRobot’s going for a design that emphasizes function over style.

It’s worth noting, though, that the Roomba j7+ leverages the same dual multi-surface rubber brushes that do well to resist getting caught up by tangled hair or pet fur. Considering that I’ve been using it for over three months and never had a problem, iRobot’s claim of never getting tangled is convincing. The only thing missing here is a simple physical remote to access some of the robot vacuum’s main functions. Some other company’s seem to enjoy including them, but not iRobot. 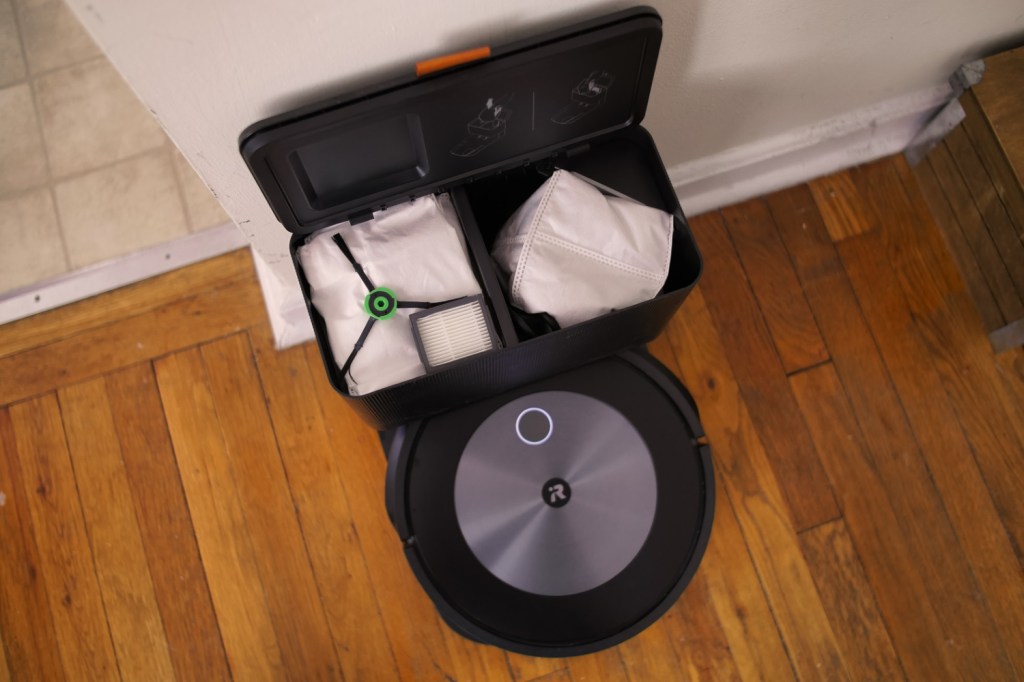 I’ve already mentioned how I love the sleeker self-emptying bin, but I need to point out another thoughtful design — a small nook inside of the bin that can be used to store extra bags. It’s small details like this that I appreciate, just because no one has time wondering where they last stored the extra bags months after unboxing it.

With its powerful 3-stage cleaning system combined with its strong suction, cleaning up hard floors is a breeze with the Roomba j7+. The side sweeping brush rotates at a moderate speed, which is good because unlike others that rotate at dizzying speeds, small pieces of debris are never flung in all sorts of directions. In fact, it does well on hardwood floors, tiles, and even corners. Everything is funneled by the side-sweeping brush, which is sucked in by the dual multi-surface brush on its underside. 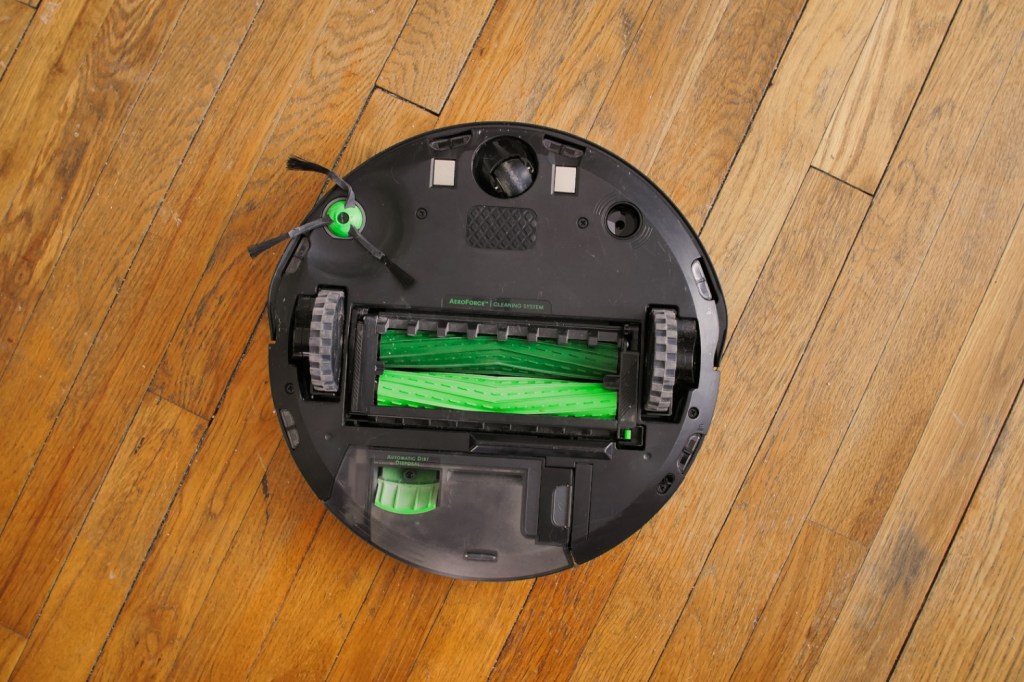 For carpets, however, its performance has been average at best. Superficial debris is easily consumed, but it never achieves the same deep carpet clean I feel with my feet on the carpet using a traditional upright vacuum. It’s honestly not a problem isolated to just this robot vacuum, but it’s very rare for a robot vacuum to achieve the same results. When it’s all done, it’ll navigate itself back to the self-empty station to empty itself. You’ll want to cover your ears because like many other self-empty bins, it sounds like a jet engine about to take off.

Despite that, the iRobot Roomba j7+ is a great all-around cleaner. If you’re like me and set it to clean daily, your floors will be consistently spotless.

During the first clean, the Roomba j7+ used the time to also map out my apartment. It does this through iRobot’s Imprint Smart Mapping system, which allows the bot to intelligently clean rooms with efficiency. Seriously, it doesn’t waste time at all because it cleans in the now standard zig-zag pattern — then across walls and corners, to ensure everything’s covered.

The app also makes it convenient to classify all the different rooms in my apartment. It comes in handy if you just want to clean a specific room, rather than the entire space, which saves even more time. For someone who has two cats that attract small pieces of litter wherever they go, it’s extremely useful to set up an area on the map to indicate their litter boxes. That way, I’m able to tell the Roomba j7+ to clean up the area as soon as they’re done doing their business.

Even though it’s a bit on the louder side as it’s cleaning, its efficient navigation and cleaning means I don’t have to listen to the sounds for long stretches of time. Speaking of that, battery life was more than enough because it was able to clean my 1,000 square foot apartment with plenty of gas left over in the tank.

Out of all the areas, obstacle avoidance is where the Roomba j7+ specializes the most. Armed with a front-facing camera and LED light that turns on when it’s dark, the bot does a better than average job of avoiding obstacles. Through machine learning and iRobot’s Genius Technology, it safely detected objects in its path, like a shoe on the floor, where it then proceeded to clean around it. And yes, it even avoided the fake poop I left on the floor!

However, its true test came in how effective it was at avoiding the dreaded stray cable wire on the floor — the bane of all robot vacuums. With brightly colored wires on the floor, it was able to detect and avoid them a lot better than darker ones, especially in the dark. But it’s still not 100% perfect with avoiding them. I gather the contrast between the cable and hardwoods in my apartment makes it challenging for the camera to discern them. Thankfully it’s not too frequent, so it’s not like I’m constantly saving it. 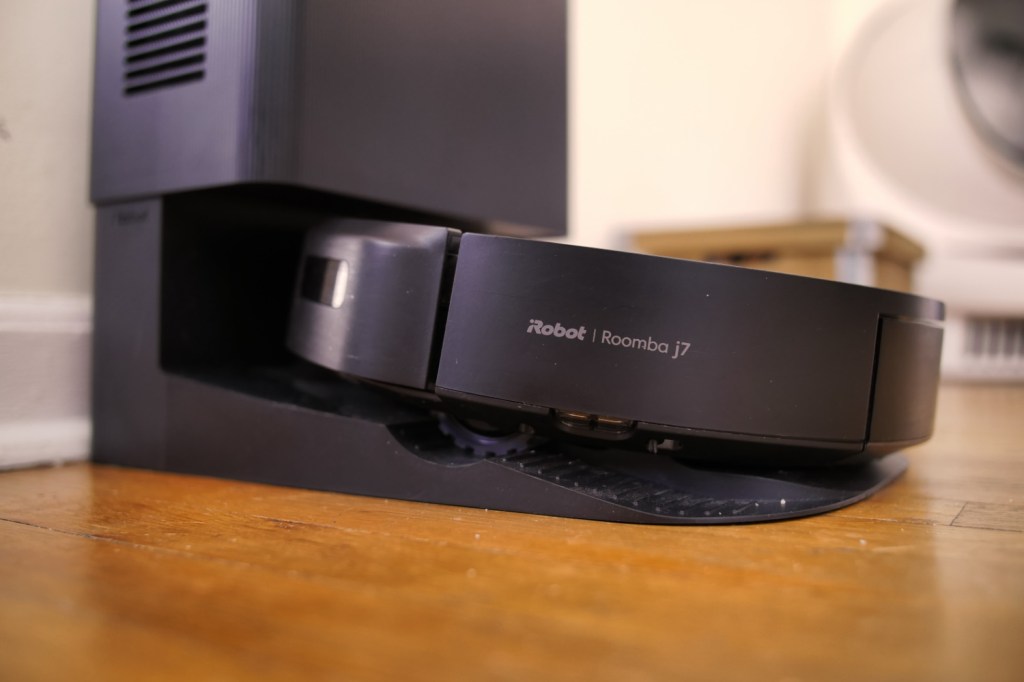 I really wish it were just more gentle with its detection and avoidance with larger pieces of furniture. It has a tendency to nudge them before proceeding to move back a bit, which it then would navigate around the object.

The iRobot app is available for Android and iOS, but you can also have it integrate with smart home ecosystems like Alexa and Google Home. I love being able to tell Alexa or Google Assistant to have the Roomba j7+ to start cleaning, versus whipping out my phone and running the app.

From being able to set custom schedules, to creating no-go zones and virtual barriers, the app offers all the controls I’d expect for a modern robot vacuum. The only thing missing with the experience is a way to manually control the bot. Other robot vacuums provide manual control through on-screen buttons, which comes in handy when you just want to take control and manually clean.

This is without question the most intelligent robot vacuum that iRobot has created to date. There’s no longer the need to constantly babysit it as it cleans, thanks in part to its smarter obstacle avoidance and efficient cleaning. Sure, it still got snagged by a cable on the floor, but it’s very rare, which I suspect will only get better over time with machine learning.

With a sticker price of $850, it sits right in the middle of iRobot’s lineup — just in between the entry-level Roomba i3+ and flagship Roomba s9+. If you don’t need the self-empty bin, you can save yourself some extra cash by just picking up the Roomba j7 for $650.

Yes, especially when it saves you time from cleaning. The self-empty bin makes it even more autonomous because the only time you’ll ever need to physically interact with it is when the bag needs to be replaced. 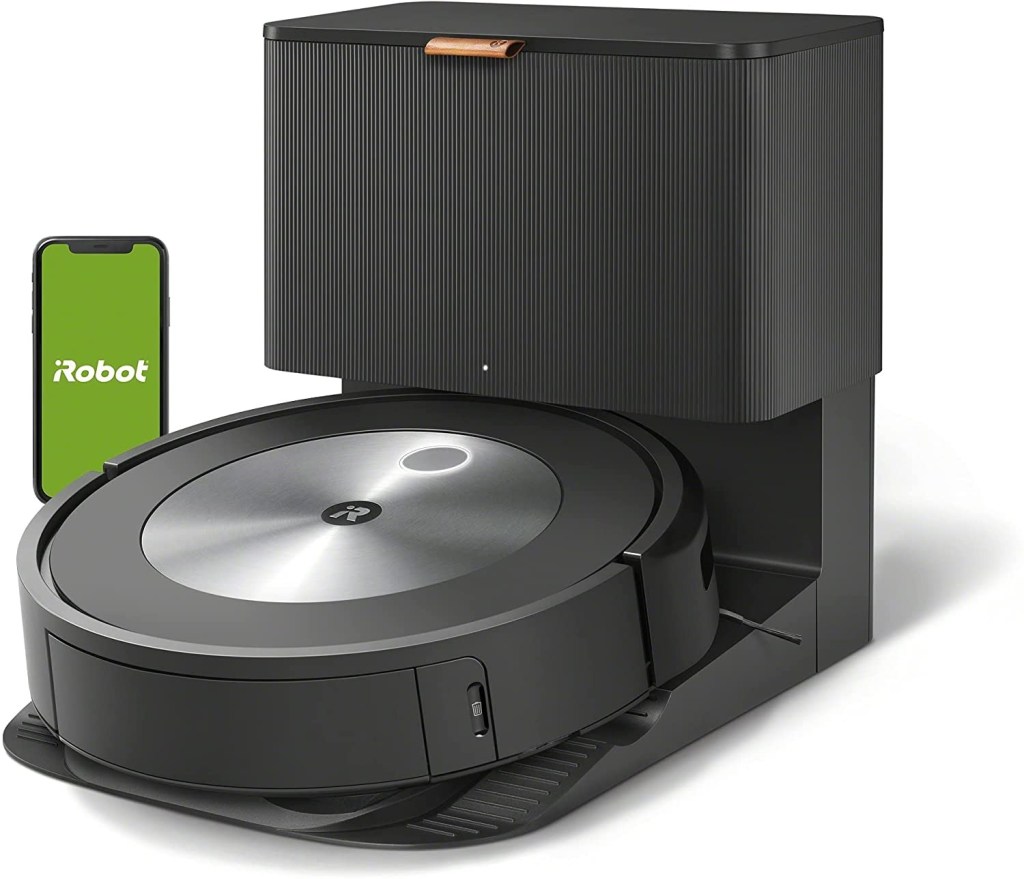 Tangles are still something that needs to be addressed every few cleans. They happen most around the wheels and side-sweeping brush, so maintenance is necessary in keeping it in tip-top shape. Through the app, there’s a section for “Robot Health,” which details how long a part has left before it needs to be replaced.

There’s a 1-year limited warranty included with the purchase that covers defects.

Obstacle avoiding and self-emptying robot vacuums are becoming the standard among high-end robot vacuums, so here are some alternatives to the Roomba j7+

Samsung’s Jet Bot AI+ is one of the priciest robot vacuums around, but it backs it up with an exceptional cleaning performance, smarter obstacle avoidance, and how it doubles as a security camera on wheels. 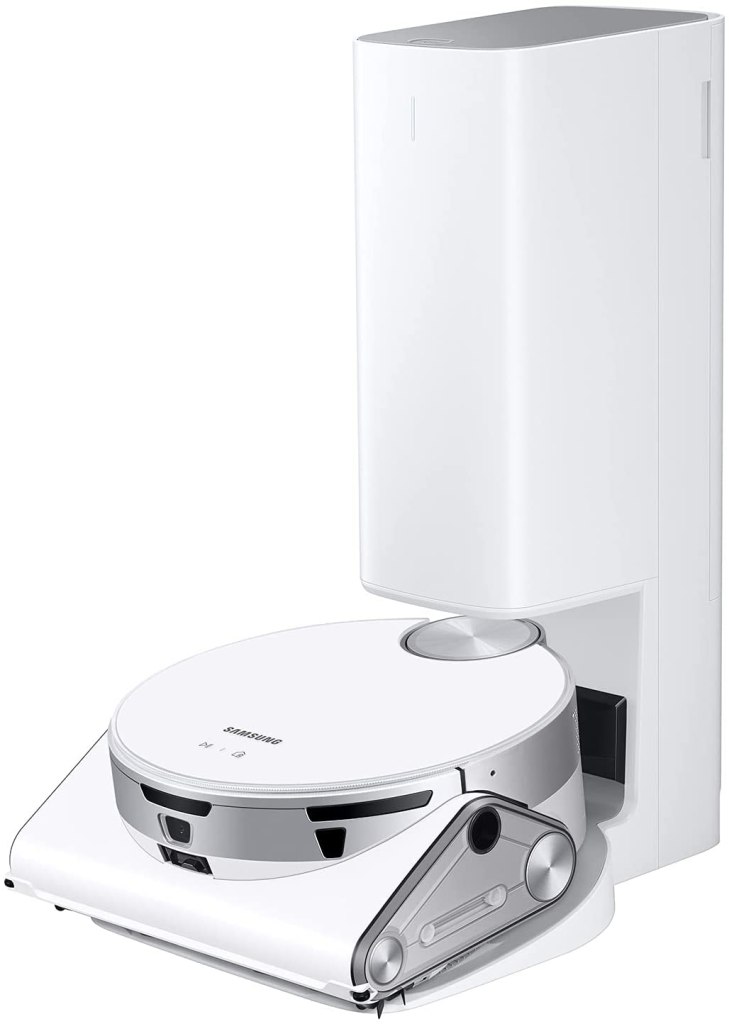 Looking for a quieter self-emptying robot vacuum? You might not even notice that the Ecovacs Deebot Ozmo N8 Pro+ is working because it’s one of the quieter models around. Add to that, it even features a self-empty bin for more convenience. 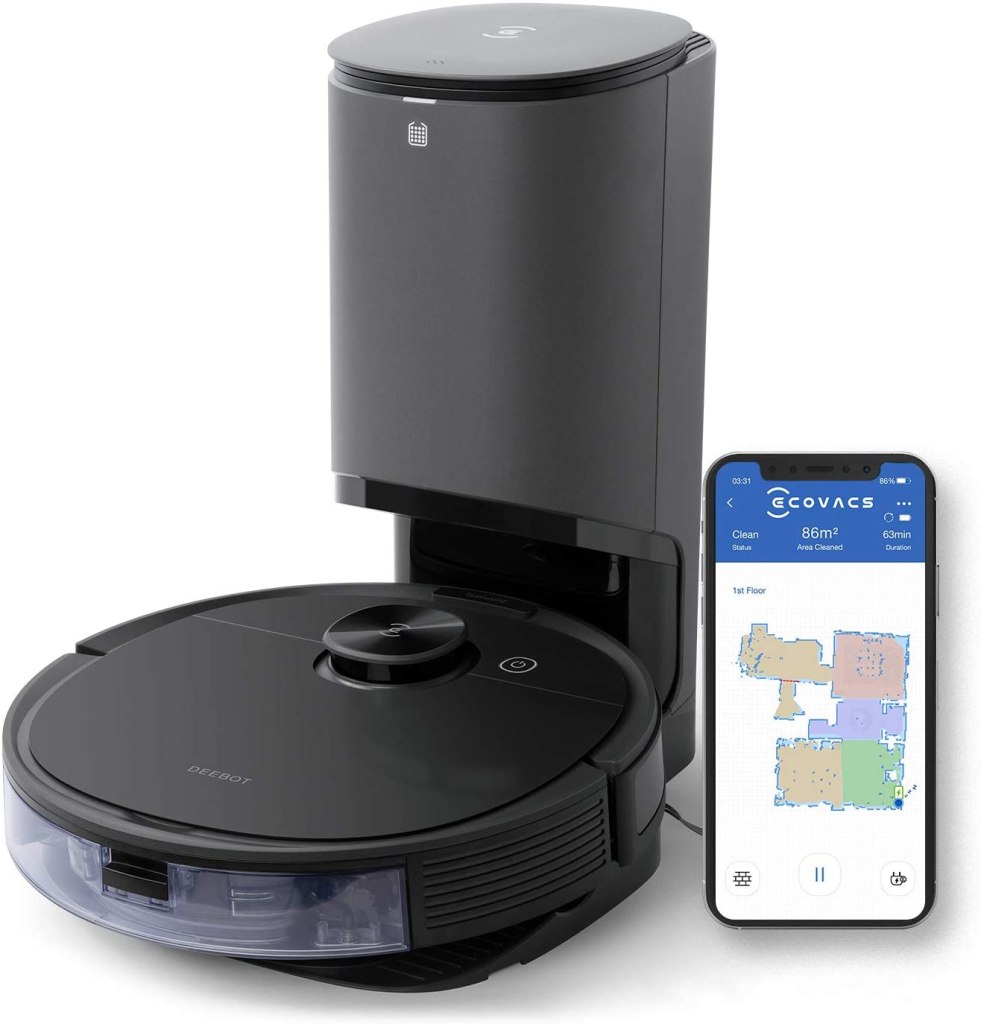 The Roborock S7 is a combo robot vacuum and mopper that’s most notable for the sonic mopping technology it’s packing. It’ll give your hard floors that extra clean feeling with its mopping, but then can proceed to empty itself with its charging bin. 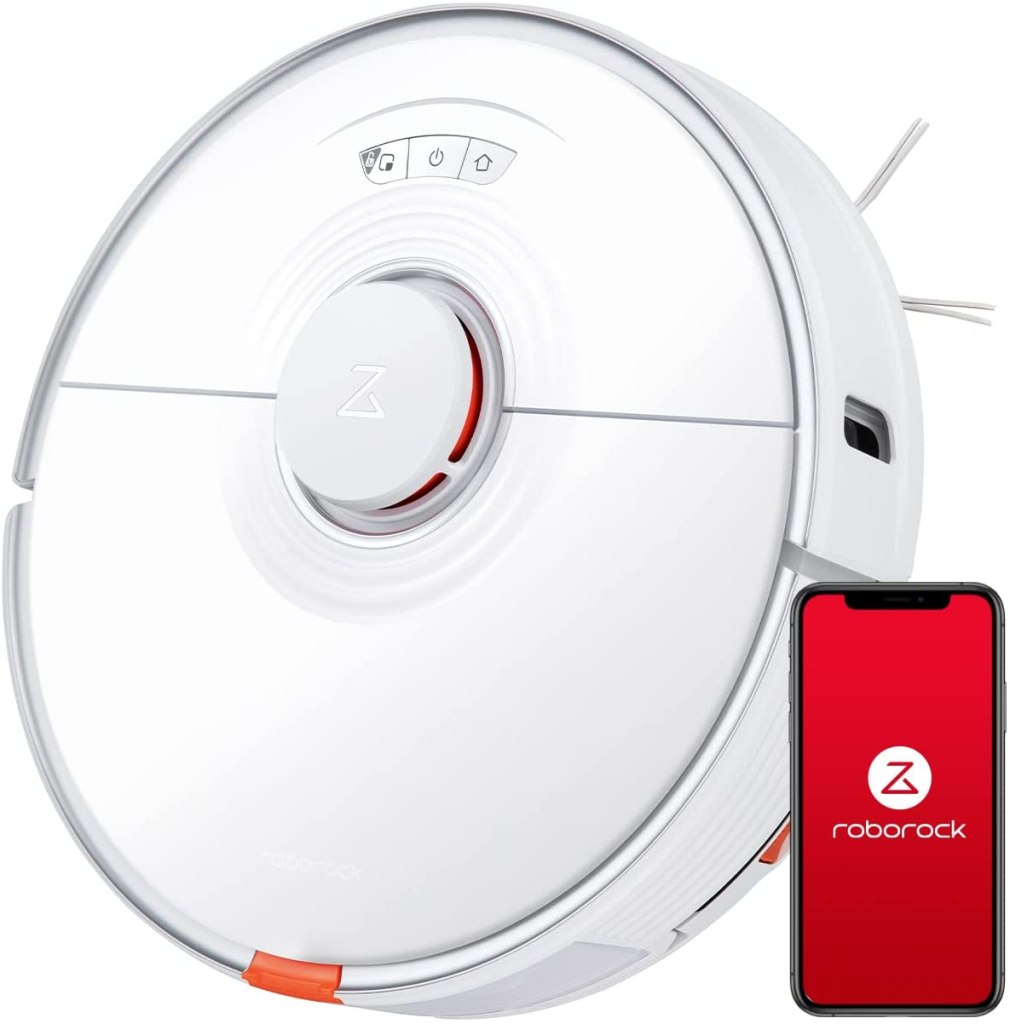