The tech giant pulled the cover off its completely redesigned Echo speaker, and if nothing else, one thing is clear: They’re serious about wanting to be the central hub for your smart home.

In addition, there are also two new Echo Dot speakers and a new Echo Show smart display on the way this year.

The Echo was Amazon’s first smart speaker and is still its most important smart speaker. But while the old versions took on a cylindrical form, this new Amazon Echo is a cloth-covered orb, somewhat resembling an oversized Nerf ball with LEDs attached. 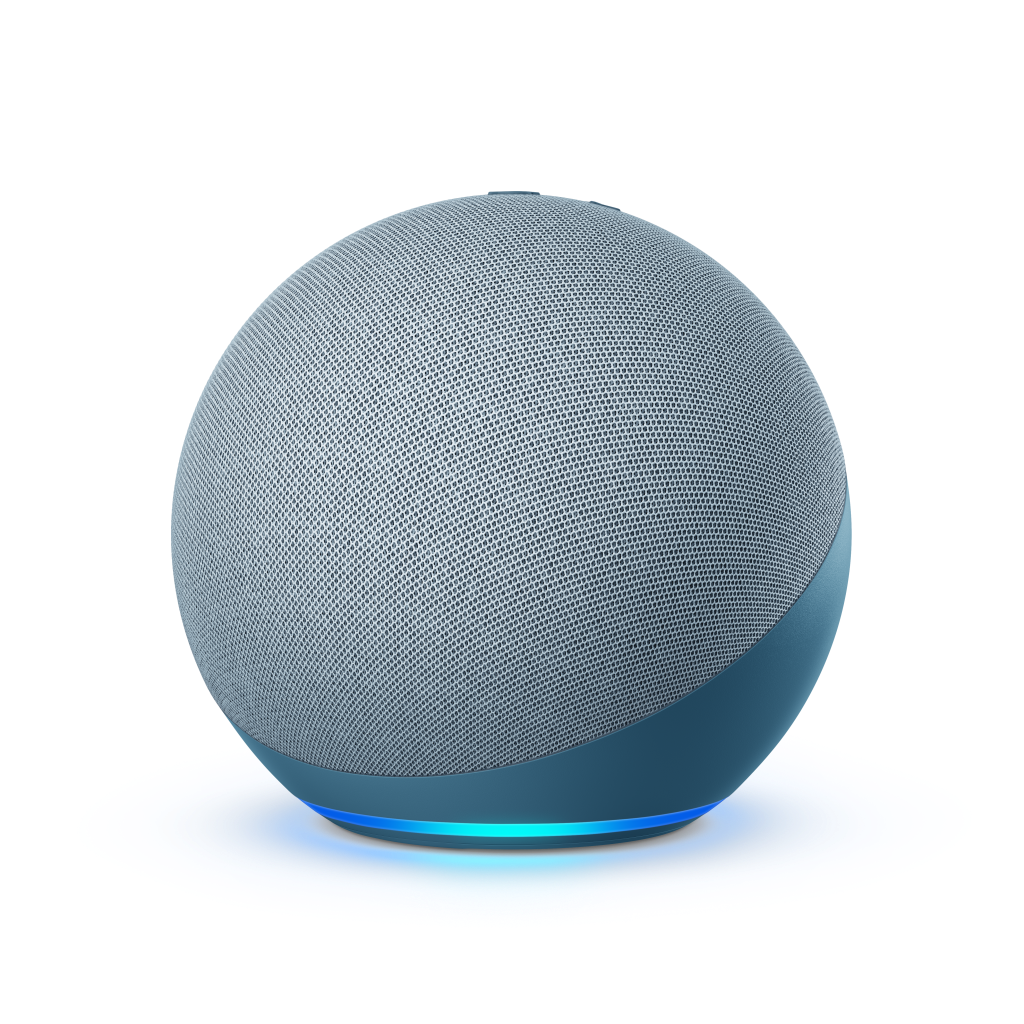 That’s not a knock, however, as it has a sleek and futuristic look that stands out from other smart speakers.

The changes are not surface deep either.

The Echo (along with the other new Echo products) is powered by a new AI-powered CPU that Amazon calls the AZ1 Neural Edge processor. This promises to improve Alexa’s ability to understand and interact with you in a faster, more natural, and more accurate way.

The audio components in the Echo also got a upgrade, which is another step towards covering up one of the big weak spots of its flagship speaker.

There’s now a second tweeter to go with the existing tweeter and 3-inch woofer, which should add another level of clarity. But the improvement in sound could come from the addition of Dolby audio processing, which in addition to delivering clean sound, can optimize the EQ of the speaker to fit the specific acoustics of the room that it’s in. 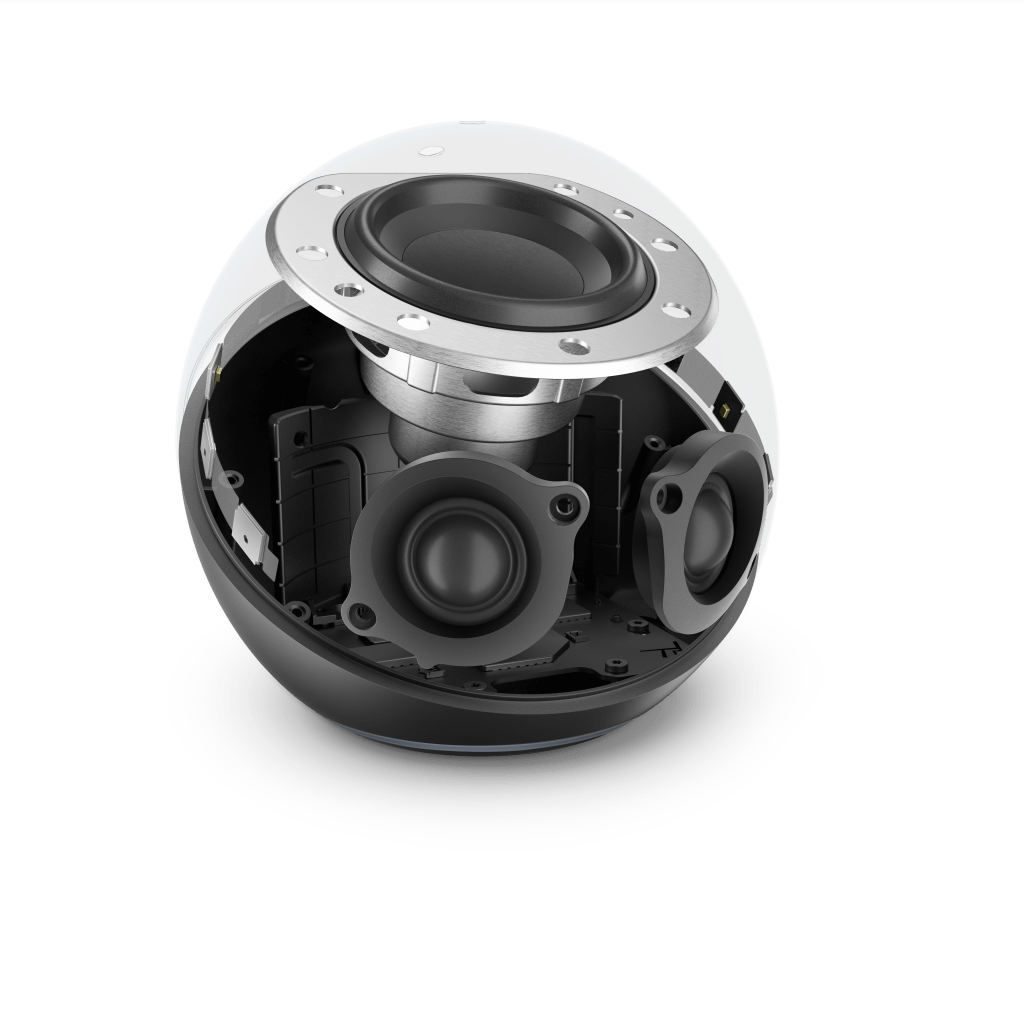 The biggest upgrade, however, is that the new Amazon Echo is now designed to function as an out-and-out smarthome hub, meaning it doesn’t require a smart home bridge to talk to the devices around your house. The Echo’s integrated hardware will now support Zigbee, Bluetooth Low Energy and its own burgeoning Sidewalk mesh networking standard.

While the Echo Show and Echo Plus both had integrated Zigbee hardware in their speakers, this is a first for the new Echo, further cementing Amazon’s intent to further compete with platforms such as Apple’s HomeKit, Google’s Nest and Belkin’s WeMo.

Pre-orders are available for the new Amazon Echo now, and it is expected to release on October 22 for $99.99.

Don’t Forget About the Little Echos Out There

Like its bigger sibling, the new Echo Dot and Echo Dot with Clock also received a complete overhaul. 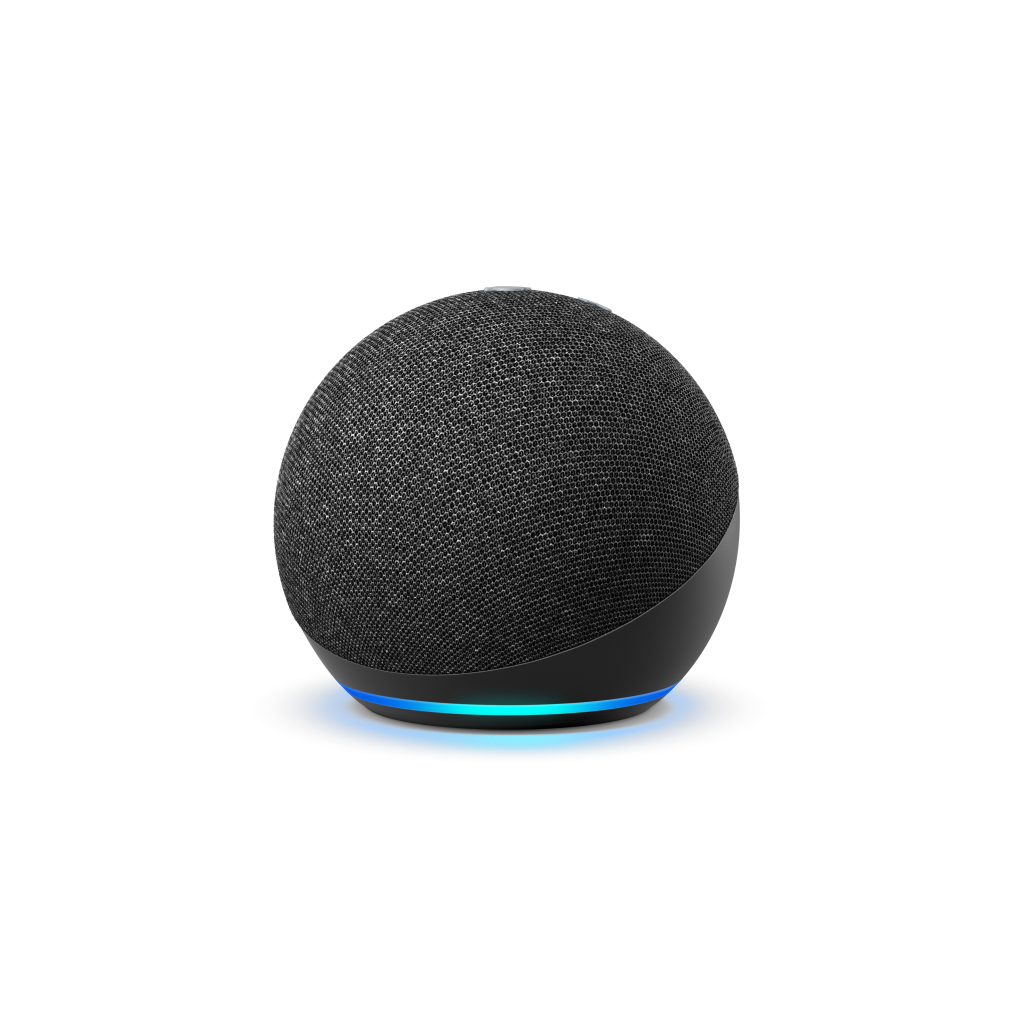 Like the previous iterations, they both have a 1.6-inch speaker, but in a new form factor, which is the same orb-like shape and cloth materials as the new Echo. And like all Echo devices, it gives you access to Alexa in whatever room you place it in.

One thing this small speaker wasn’t given were the same Zigbee powers to function as a smarthome hub. But it can still connect to a new Amazon Echo or any compatible smarthome hub so you can still yell at it to turn your lights on and off. 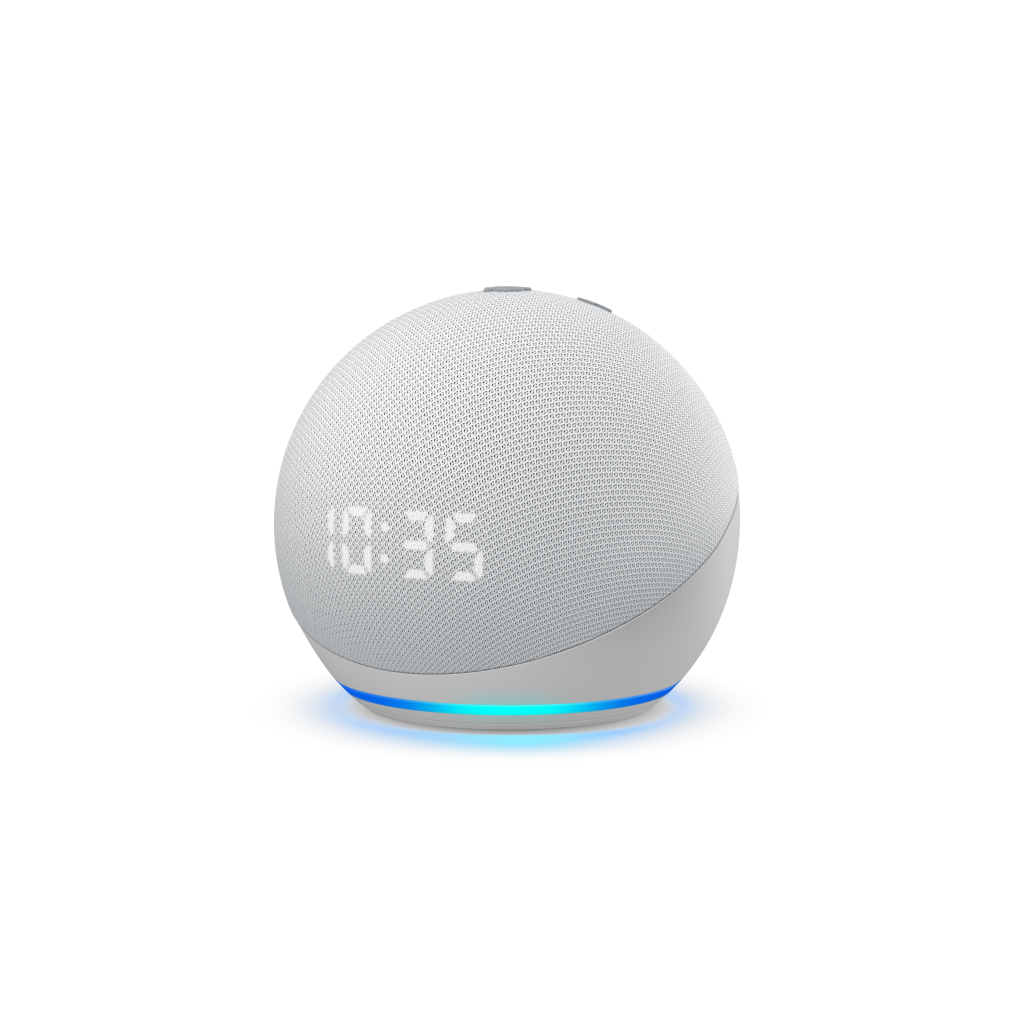 Step Up Your Video Conferencing Game With the Echo Show 10

Amazon is no stranger to making smarthome hubs with displays and video call capabilities, but the Echo Show 10 is definitely one of their more ambitious moves yet.

In addition to a bigger, 10-inch HD screen and a 13-megapixel camera, the Echo Show 10 sits on top of a motor that will rotate and follow you around whatever room you’re in, which is great if you’re pacing while Skyping, or watching Netflix as you buzz around the kitchen. 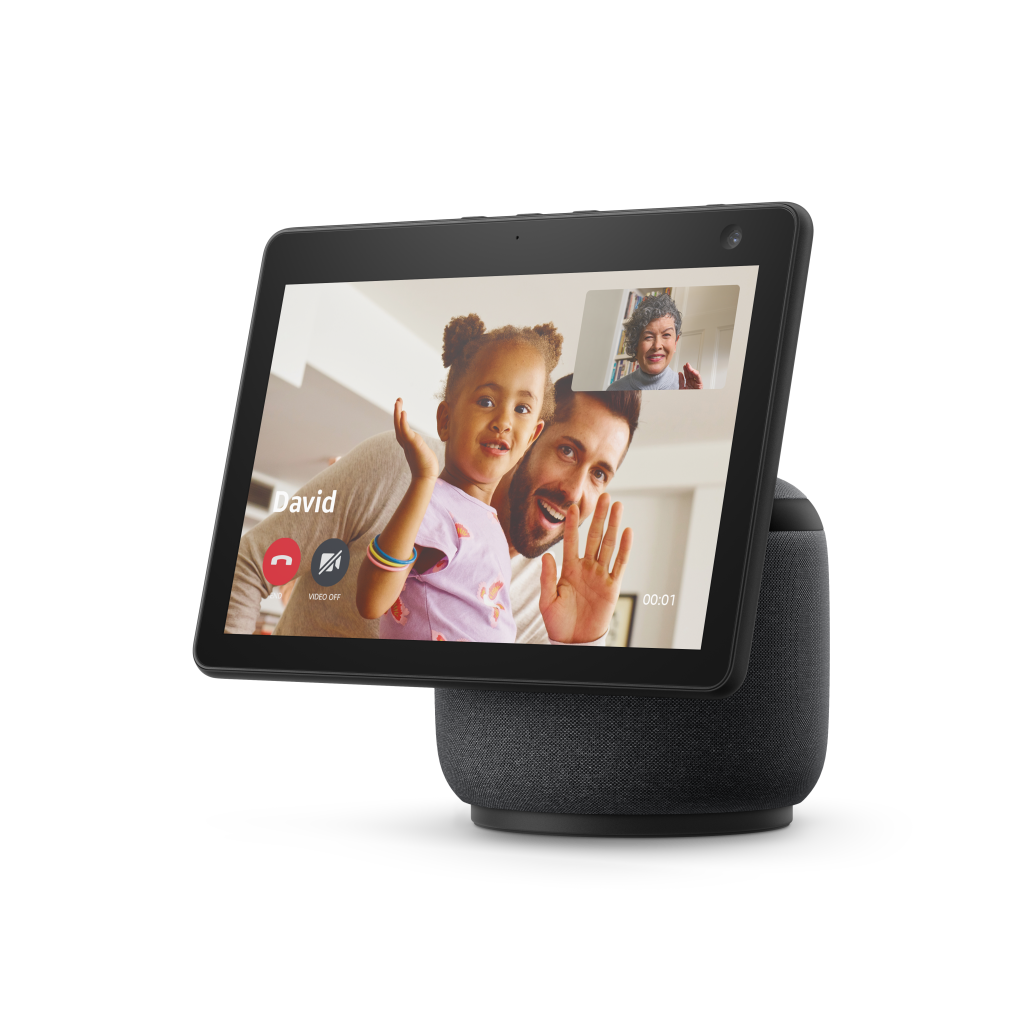 Amazon also plans to add support for its Chime video conferencing service, as well as Zoom, which could provide a big benefit for those looking for a better way to take meetings at home.

When you’re not home, you can even tell your Echo Show 10 to turn its camera on and rotate to scan whatever room its in, giving you added security.

And like the new Amazon Echo, the Echo Show 10 is fully equipped to function as a smarthome hub, complete with integrated support for Zigbee, Bluetooth Low Energy and Sidewalk.

Pre-orders aren’t up yet, but Amazon says it plans to start shipping the Echo Show 10 in time for the holidays.