Roborock is no stranger in the robot vacuum world. Lately, however, the company has been bringing to market some impressive robot vacuums that clean intelligently and efficiently. The Roborock Q Series is its newest offering, pairing class-leading navigation technologies like LiDAR and SLAM (more on this below), with formidable suction power for deep carpet cleaning.

In fact, the Q Series is right on the front lines of the robot vacuums arms race, yet it’s half the price of similar smart self-emptying vacuums from competitors like Roomba, Samsung and Ecovacs. The Q Series has all of the features we look for in the best robot vacuums.

Roborock’s New Q5+ was officially released in the United States on May 17, giving buyers an efficient and intelligent bot that can keep homes tidy. We’ve got all of the details on the entire Roborock Q Series below — including the ultra-affordable Q5+ model and Q5 model — so keep reading.

What We Love About Roborock Q-Series Robot Vacuums

No one has the time or patience to babysit bots as they clean. It’s a frustration you don’t need from something that’s supposed to autonomously do its job. That’s why we love that the Roborock Q Series offers smarter navigation thanks to LiDAR and SLAM navigation. (SLAM stands for simultaneous localization and mapping, and it’s the same technology used by self-driving cars.)

With onboard LiDAR, the Roborock Q Series can create accurate maps of your rooms in 3D. This gives the bot its “vision” to best identify corners, large furniture and even complicated areas like pet feeding zones. In addition, it features cliff sensors, accelerometers and bumpers to help it traverse rooms with ease. These sensors allow it to do stuff such as detecting stairs, which will prevent your new robot vacuums from going over the edge. You can even set virtual barriers and no-go zones to prevent the robot vacuum from entering specific areas. 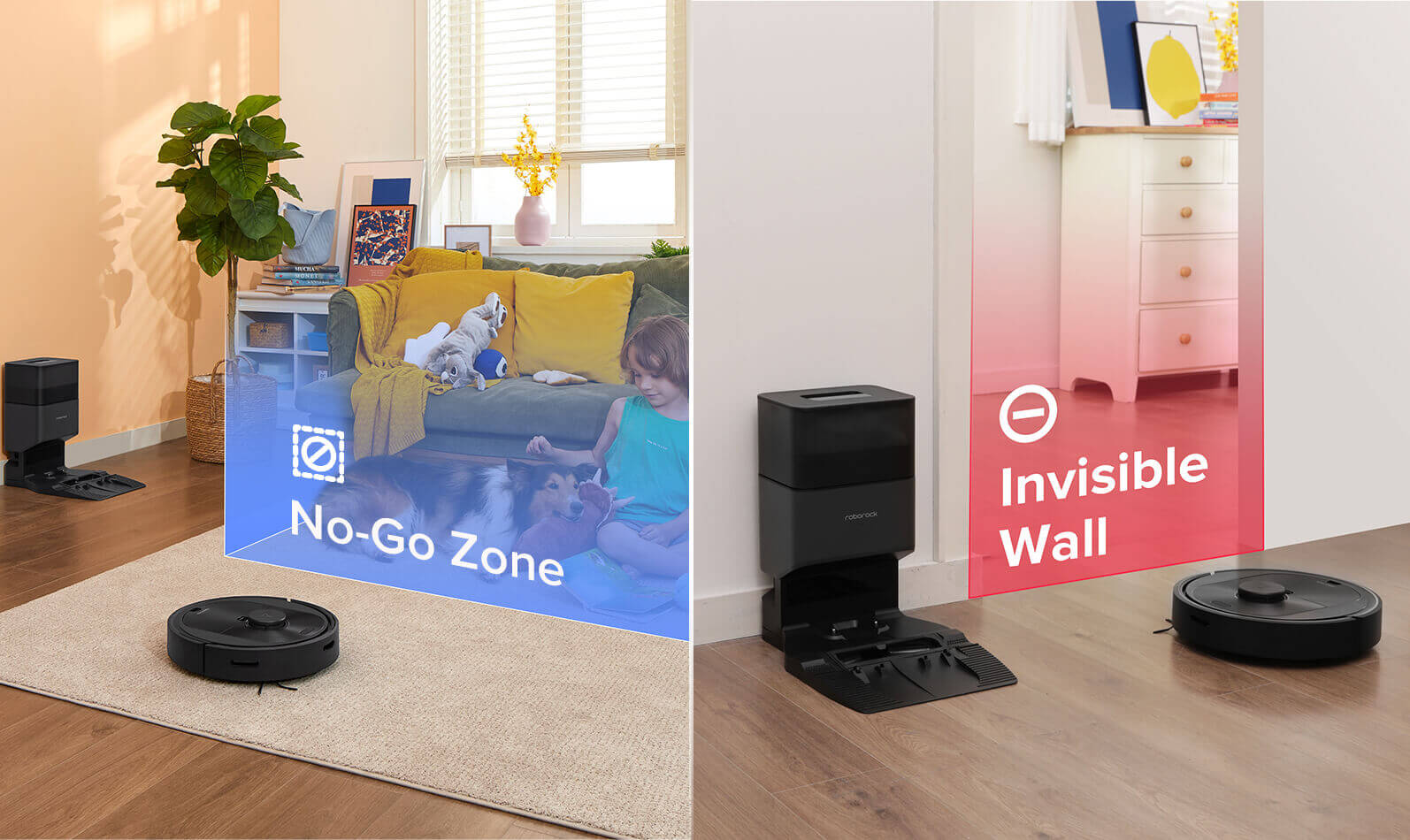 We’ve spent a great deal on other Roborock models that offer LiDAR navigation and can’t tell you enough about its effectiveness. When rooms are mapped out, we love being able to go back into the Roborock app to appropriately give each area their names. That way, we can save time and choose a specific room to clean — instead of having the bot do a full clean of our home.

Hard floors and tiles are no match for the Roborock Q5+, especially when its side-sweeping brush doesn’t rotate at a frenetic rate. Moving at a lower speed better allows it to funnel dirt and debris towards its underside cleaning brush. Other robot vacuums tend to fling debris all over the place because their side-sweeping brushes rotate too quickly. 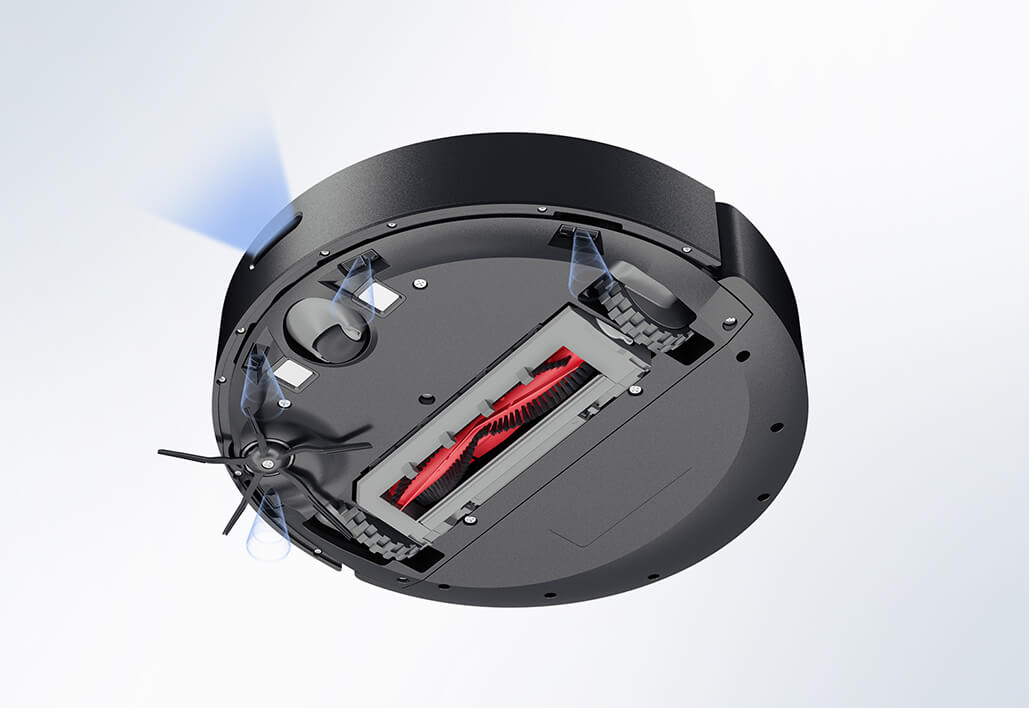 Speaking of its underside main brush, it combines your standard bristles with rubber to prevent fewer tangles. This makes the Roborock Q5+ perfect for pet owners whenever the season changes and their furry loved ones begin to shed. Beyond that, the standard bristles on the brush ensures that debris embedded deep in carpets is broken down and sucked up.

Impressively, it has a maximum suction level of 2,700 Pa, which makes it one of the strongest robot vacs in Roborock’s lineup. Carpets are the toughest things for robot vacuums to clean well, but the Roborock Q5+ is powerful enough to ensure they get that deep clean feel.

Looking ahead, Roborock’s keeping busy with even more options to consider. The Roborock Q7 series kicks it up a notch with impressive cleaning qualities, with both the Roborock Q7+ ($799.99) and Roborock Q7 Max+ ($869.99) featuring self-empty bases and tangle-free rubber brushes.

Minimal Interaction Thanks to Self-Empty Base

Once it’s done cleaning, we really love that the Roborock Q5+ can return to its charging base and empty its contents into a 2.5L dust bag all on its own (for an even larger dust bag, opt for the larger Q7+ or Q7 Max+). Self-emptying robot vacuums are increasingly popular, but until now they’ve been largely reserved for pricey, high-end models. That’s no longer the case here. 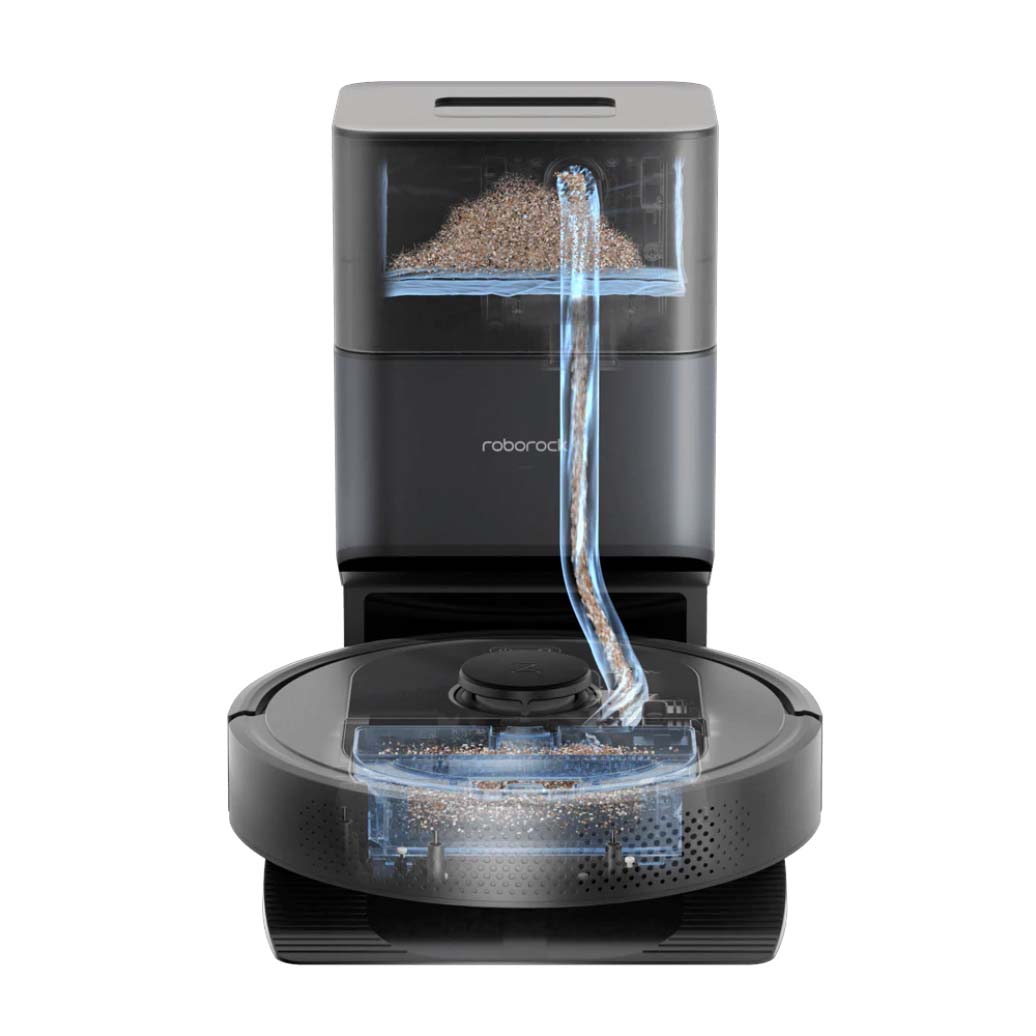 Other robot vacuums require you to empty their dustbins after each clean, but since the Roborock Q5+ comes with a self-empty base, the 2.5L dust bag in it is large enough to store roughly seven weeks of cleaning. Seriously, there’s very minimal interaction needed because you can even use Google Assistant and Amazon Alexa to start a cleaning.

If that’s not enough, you can also set schedules through the app to lessen even more of your interaction with it, so that way, it’s truly an autonomous robot vacuum. 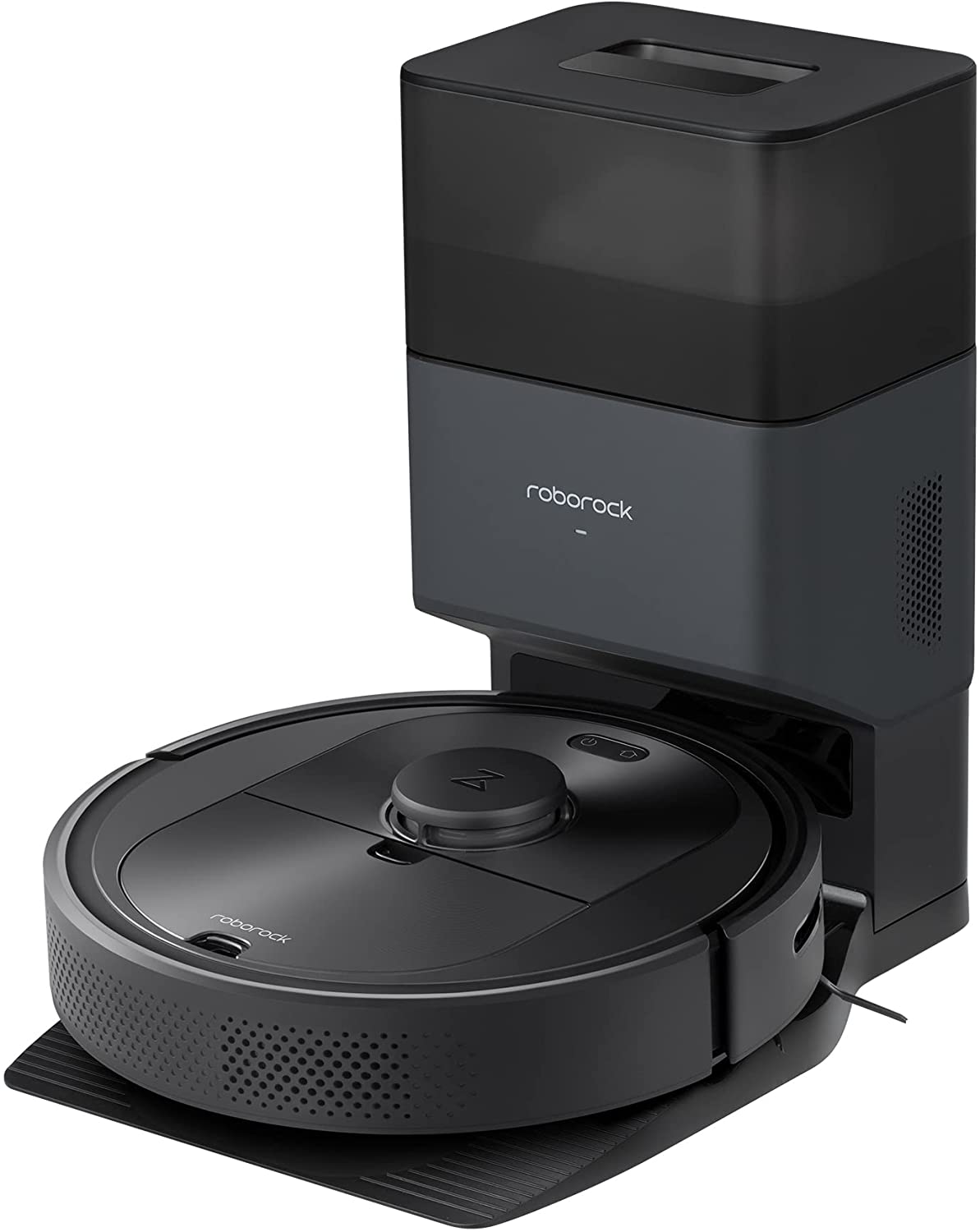 A Robust Lineup With Options

We can go on about its impressive qualities, but Roborock knows that consumers require a wealth of solutions. That’s why you can save some extra money by sticking with the Roborock Q5, which is essentially the same bot minus the self-empty base. 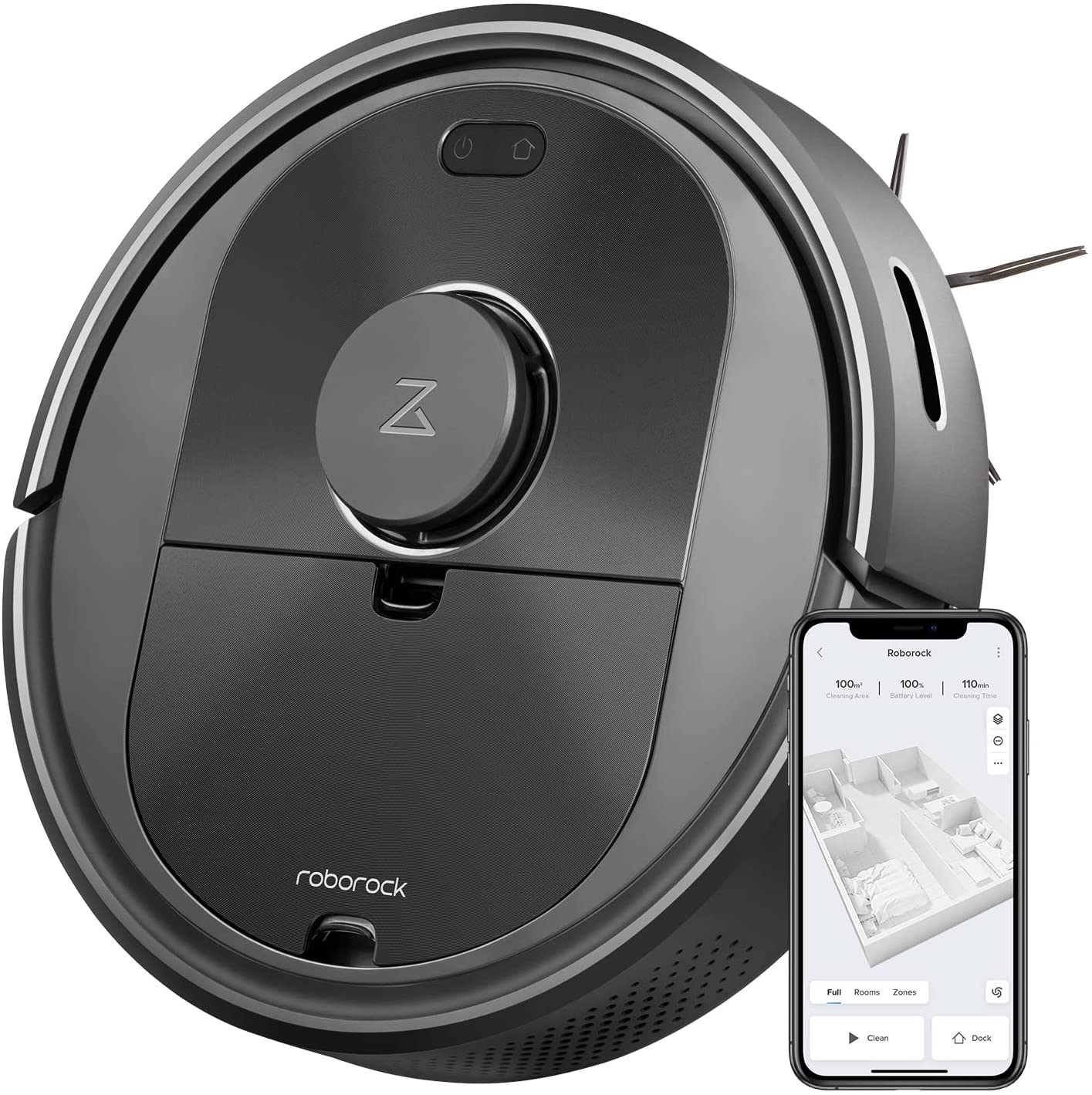 Depending on which model you choose, you’ll get different levels of cleaning. The Roborock Q7+ features an extra-tall self-emptying base, which means it can go seven weeks before the dustbin needs to be emptied. The Q7+ also features 2-in-1 vacuum and mopping abilities, so you can cross one more annoying chore off your weekly to-do list.

Unlike most wet/dry vacuums, the Q7+ will vacuum and mop simultaneously, and it can run for 180 minutes at a time. The Q7+ isn’t included in the $100 off discount, but it will give you the deepest clean during allergy season and beyond. For even more cleaning power, the Q7+ Max boasts 4200Pa of suction power and app-controlled mopping. 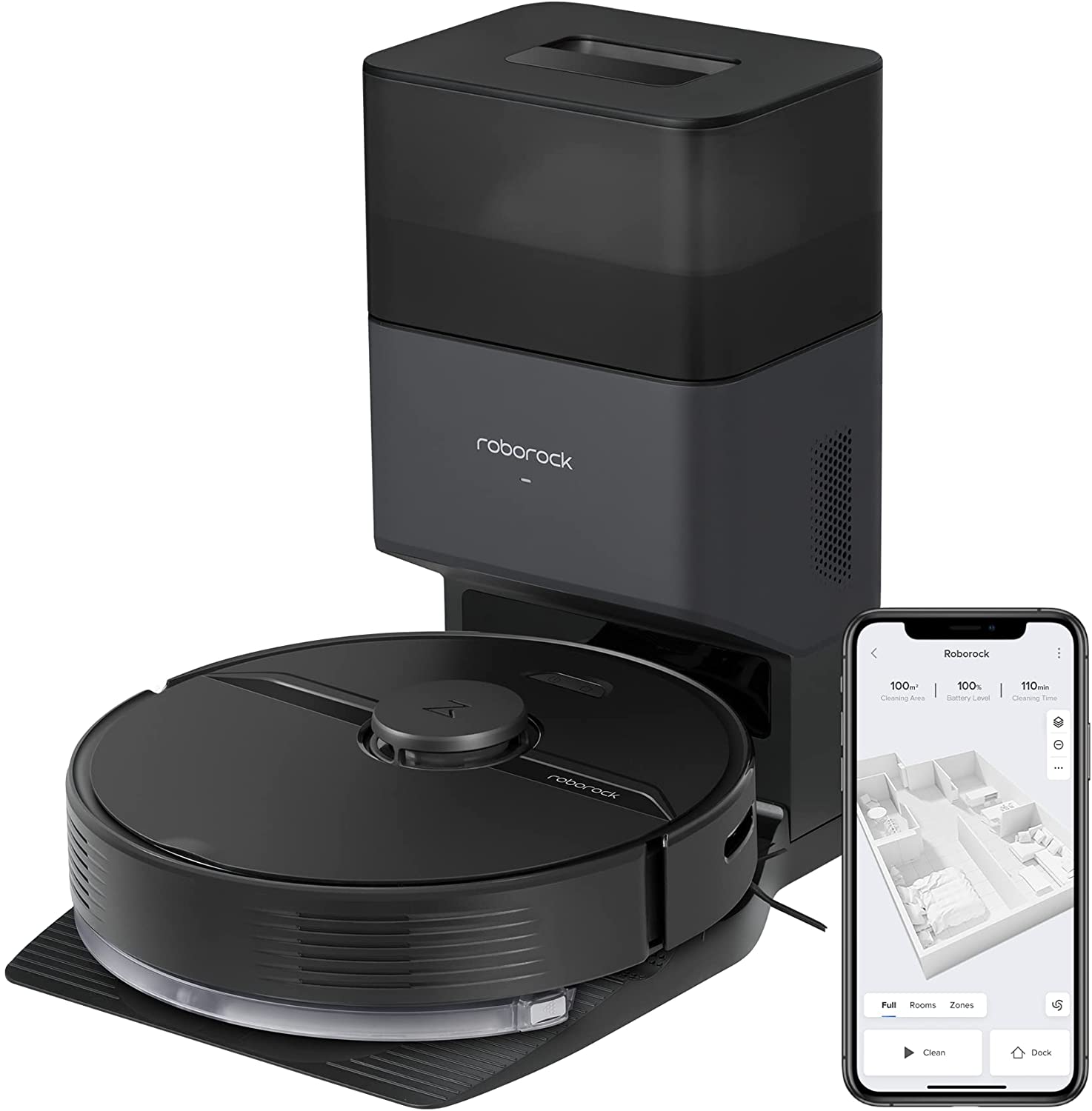 With so many options, Roborock has established itself as a premier robot vacuum player. We know that the company is big on innovations, like the carwash style abilities of the Roborock S7 MaxV Ultra we previously reviewed, so we’re eager to see what else is in store for the future. 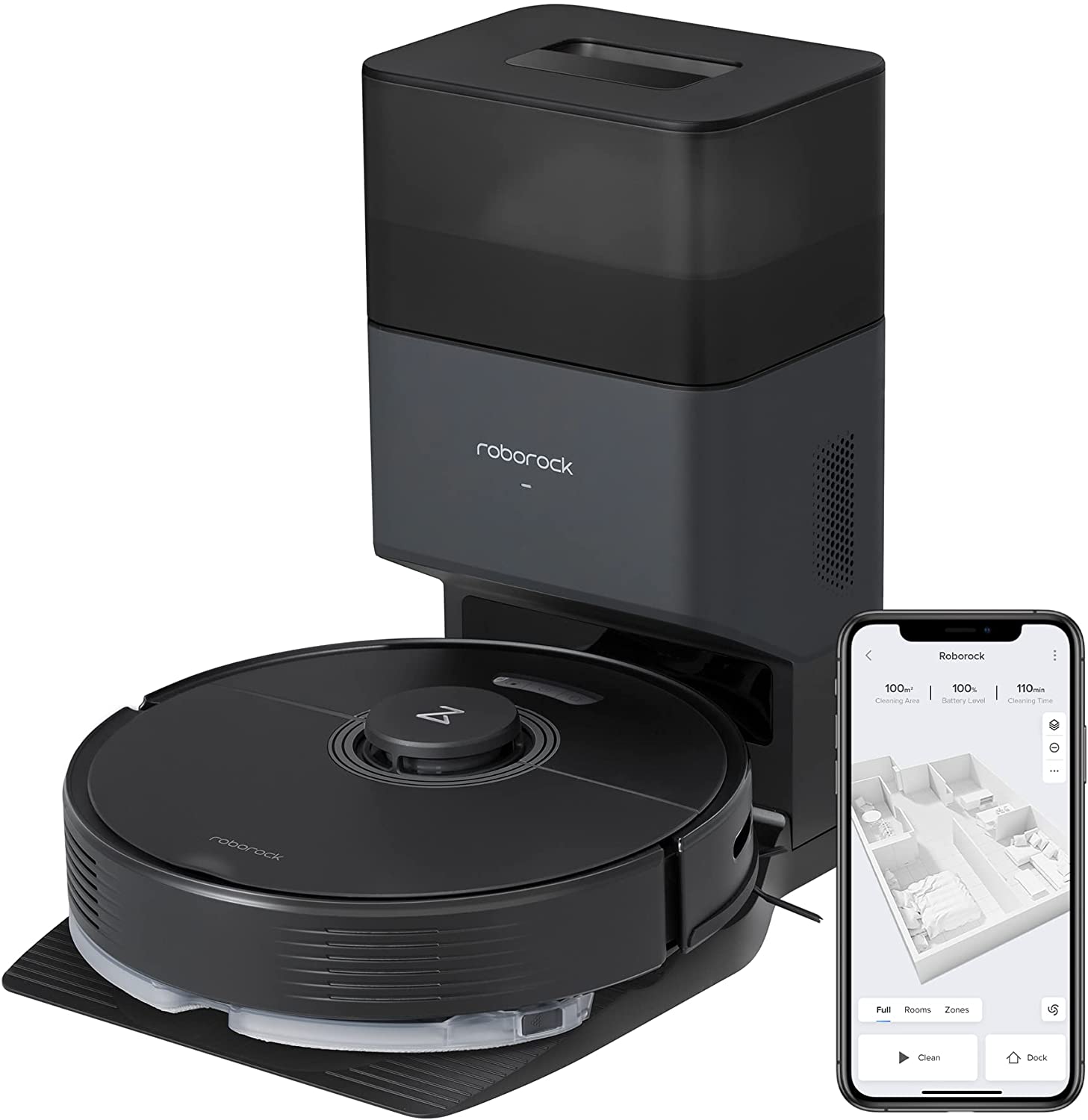