Roborock is one of those vacuum brands often found atop the list for prospective shoppers, boasting frequent and competitive product releases. The latest release was the Roborock Q5+. I spent a few weeks with the Roborock Q5+, the plus denoting the inclusion of the base and recharging station, to see if it actually sucks — up dirt.

Since 2014, the brand has developed a reputation for innovation and is credited as the first company to combine ultrasonic mapping with the ability to lift the mapping plate off carpets. If you want to explore that technology, take a look at my review on the Roborock S7 Max V Ultra. Today’s main event, however, is the Roborock Q5+ vacuum. 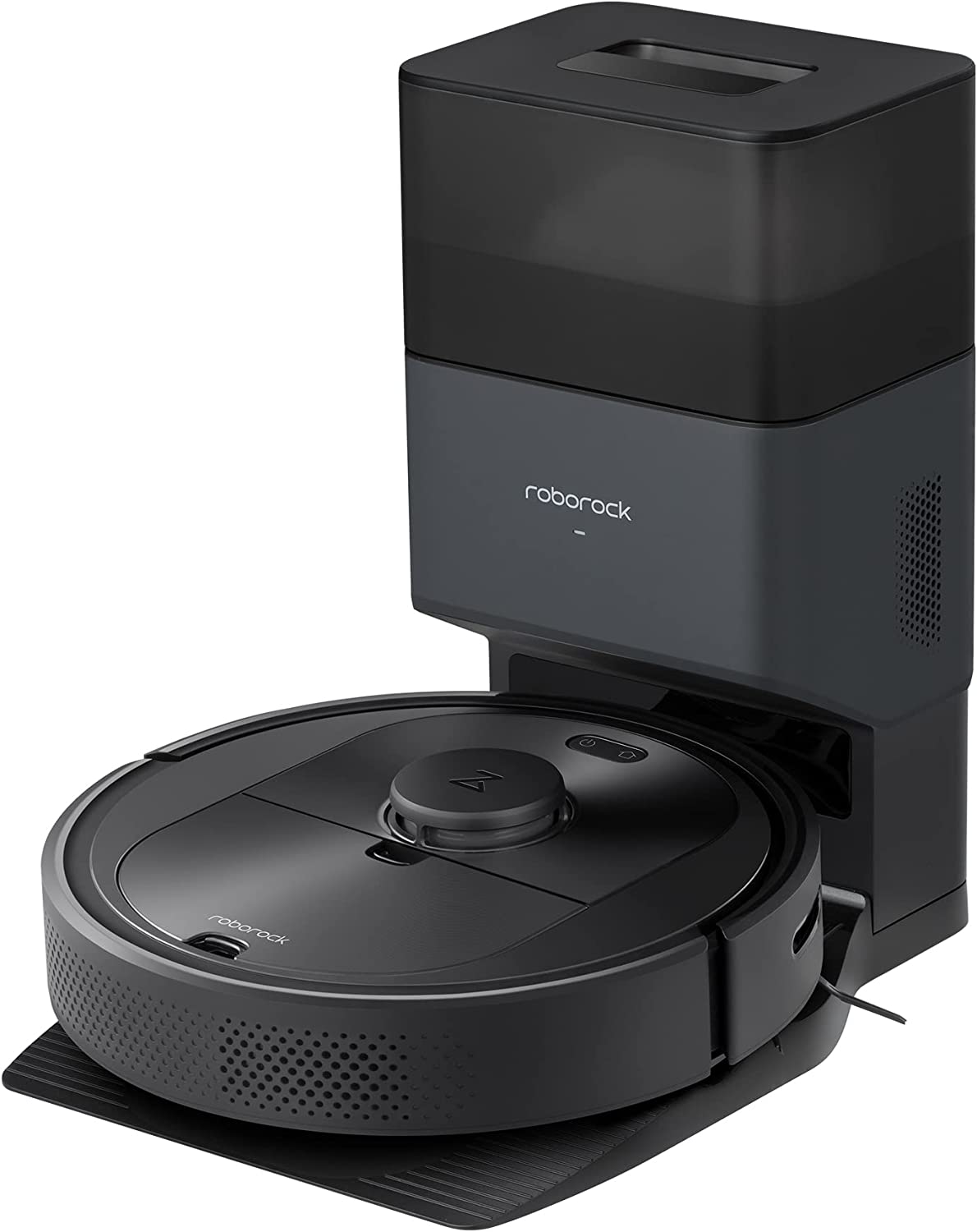 Inside the box, you’ll find Roborock’s Auto-Empty Dock, with an extra vacuum bag, plus the Q5 vacuum bot. The dock comes in two parts that you have to screw together.

The Auto-Empty Dock is where your robot will empty its onboard dustbin. Roborock states it may take up to seven weeks of cleaning before completely filling the dustbin, depending on how often the bot cleans and household environmental factors. 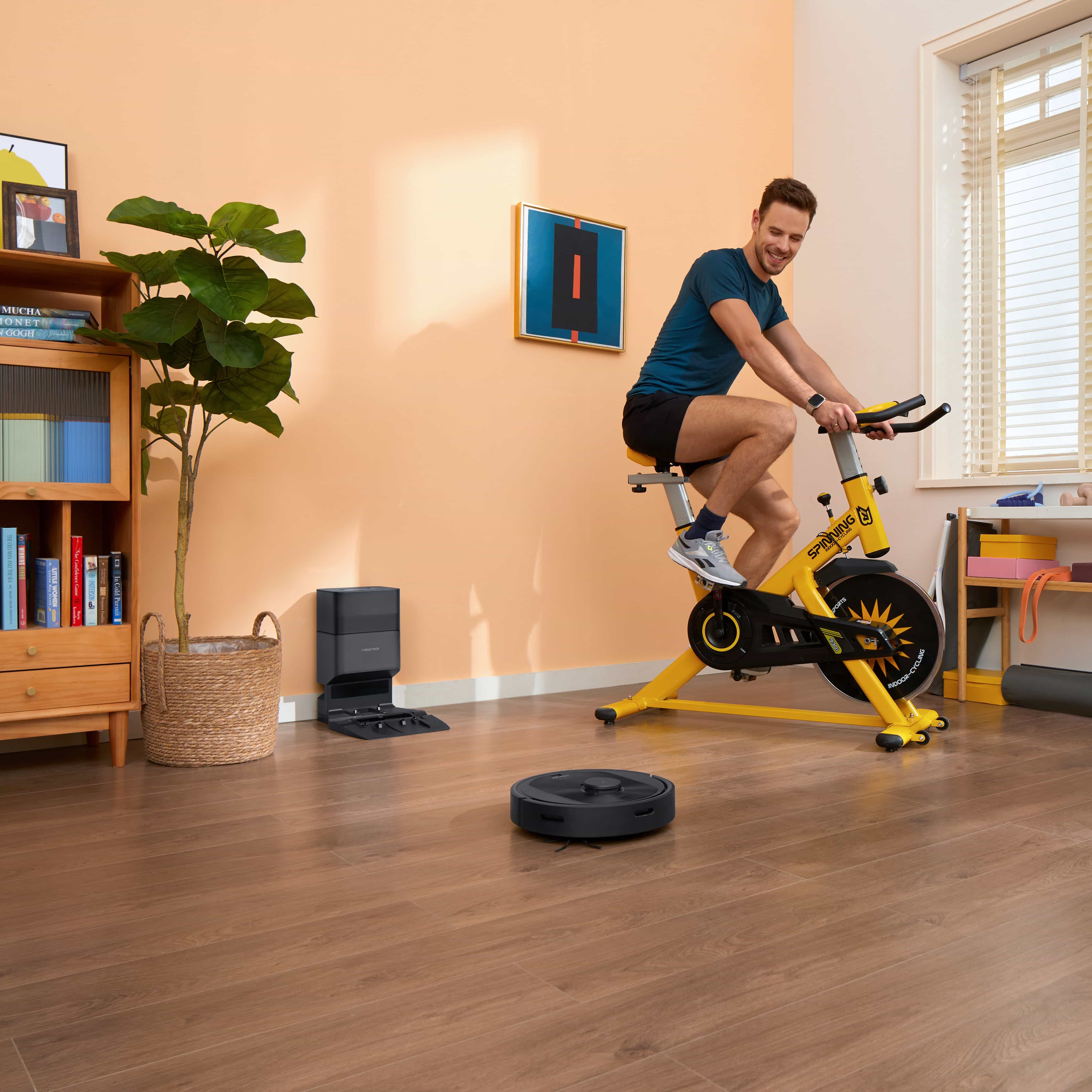 How to Set Up the Roborock Q5+

Setting up the Roborock Q5+ is simple, and that’s consistent with each Roborock vacuum I’ve tested. Just plug in the base station and allow the vacuum to fully charge. Next, use the Roborock app to connect it to your home’s Wi-Fi. Then, send it out to create a digital map of your home so you can fully take advantage of the robot’s intelligence.

After just one outing, the Roborock Q5 vacuum created a usable map that was instantly ready to label and customize.

With the Roborock app, I was able to start and stop cleanups, set schedules, create virtual barriers (no-go areas), choose suction power and adjust those digital home maps or re-label rooms as needed.

I enjoyed taking advantage of the 3D mapping feature to get a more detailed look at my space. The 3D map interface is pretty cool, not to mention accurate, but after testing, it’s unclear if it provides any additional value from the two-dimensional map. It might help better orient a user when looking for targeted areas to be cleaned, but apart from that, it feels a bit gimmicky.

The Roborock Q5 also supports multi-level mapping. Just put the robot down on whichever floor you want to be mapped and vacuumed and the robot will figure everything out for you and draw a detailed map of each floor in the app. Up to four different stories in home are supported.

How Well Does the Roborock Q5+ Clean?

Each robot vacuum I’ve tested was put through the same routine with the same obstacles to clean; a dusting of flour, bits of oatmeal or rice and larger cracker pieces on both carpeted surfaces and hard floors. In each cleaning test, the Roborock Q5+ did an admirable job at picking up nearly every last speck of dirt. I’m happy to report that this robot vacuum’s cleaning abilities are extremely thorough.

It also has a feature called “carpet boost,” where the robot can detect when it’s on a carpeted surface and will increase the suction capacity to better grab dirt from fibers.

As mentioned before, the Roborock Q5 robot can allegedly clean for up to seven weeks before filling up the vacuum bag inside the base station, but this depends on how often you run it and how much dirt there is to vacuum. Since the bot didn’t fill up during the testing period, it’s too soon to confirm this. When that time finally comes, it seems like an easy bit of maintenance. The bag simply slips out from inside the lid of the base station, sealing itself as you remove it. From there, toss it in the trash and slide in a new one. They even give you an extra bag in the package. 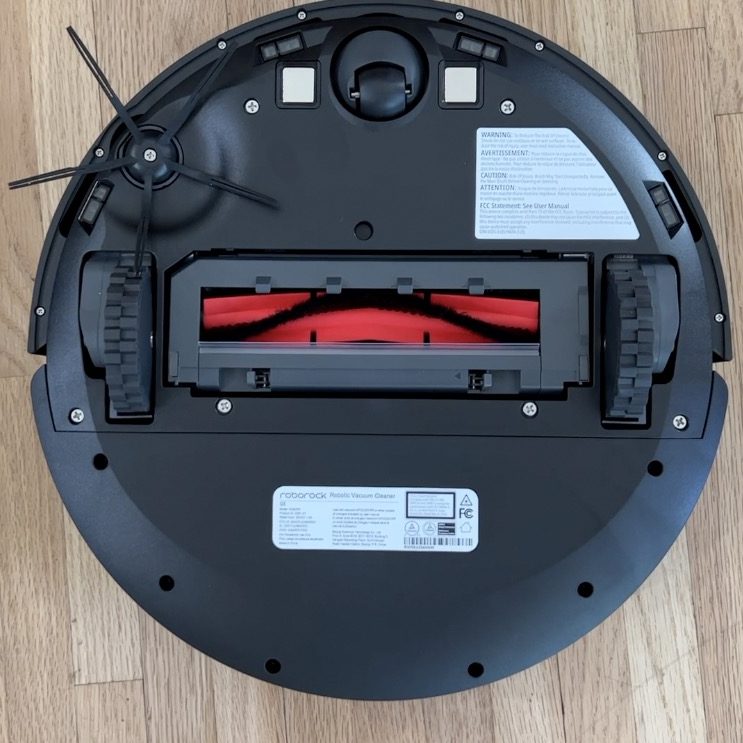 With a big 5200 mA hour battery and 470 mL dustbin, you get an outstandingly long cleaning life that can easily manage larger homes in a single outing. I can confirm the Q5 was able to clean an entire main level of about 1000 square feet in a single cleaning without ever needing to come back to the dock to recharge.

I’ve reviewed several robot vacuums over the last few weeks and a few of them have given me big problems. Needles to say, it was relieving to see the Q5 connected to the Google Home app all on its own, which allowed me to easily ask Google Assistant to send it out for a cleaning. The voice control worked well and was a convenient shortcut to get a quick clean.

Roborock Q5+: Should You Buy It?

Overall the Roborock Q5+ is refreshingly easy to use, easy to set up and cleans amazingly well. In all of the cleaning tasks I threw at it, this robot vacuum performed flawlessly. There were zero issues with the app or software and overall, the entire device is a joy to use. The downside, if I had to find one, would be that it’s aesthetically not the most attractive robot vacuum and base station combo out there. There are definitely more refined designs available. But overall, a great performance.

If you’re thinking about making this your robot vacuum, we’re giving it the official SPY seal of approval for your smart home cleaning needs. There’s nothing you won’t like when it comes to the entire Q5+ package.

I’ve owned a couple of Roborock vacuums dating back to 2019 and have tested many others since. I can say that, for as long as I’ve been using them, I’ve encountered no issues and, furthermore, they seem to be durable with frequent firmware updates to keep everything in check. 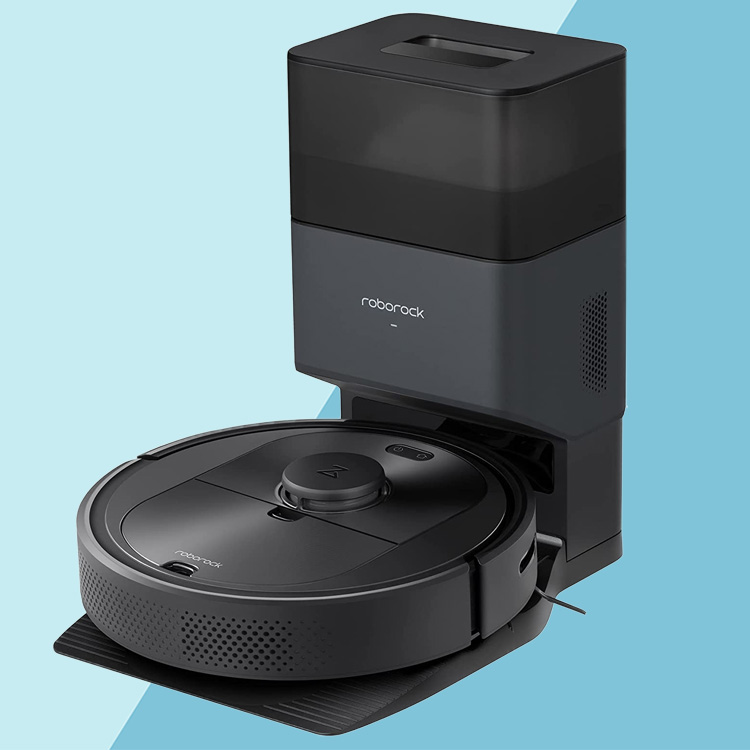 Editor’s Note: SPY previously worked with Roborock on a sponsored content campaign. The product tester who worked on this Roborock Q Series review was not involved with that campaign. Editorial reviews on SPY.com are always based on our product tester’s objective experience.