After introducing the world’s first robot vacuum with sonic mopping technology, robot vacuum maker Roborock is at it again with something new for CES 2022. The new Roborock S7 MaxV Ultra takes everything we loved about last year’s S7 model, but now it comes with a totally new, revamped auto-emptying base that does it all — including the ability to give its mopper a good scrub!

The Roborock S7 MaxV Ultra is an impressive robot vacuum that does double duty, but it’s one of those robots that will require less maintenance on your part because of this new multipurpose dock. You won’t have to empty its dustbin, nor will you have to constantly fill its water reservoir, just because the multipurpose does it all. It’ll retail for $1,399.99 when it goes on sale starting in Q2 2022.

This is definitely a premium self-emptying vacuum that’s more in line with Samsung’s Jet Bot or the Roomba s9+. Keep reading to find out why we’re excited about this self-emptying robot vacuum. 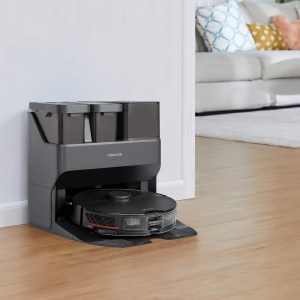 In addition to the S7 MaxV Ultra, Roborock also announced its new Q-series robot vacuums during CES 2022. The mid-range offering will also benefit from offering an auto-empty dock as well, similar to the one first introduced with last year’s Roborock S7 robot vacuum. No price has been revealed yet for the Roborock Q7 Max, but it’ll available sometime in Q2 2022.

The Roborock S7 MaxV Ultra doesn’t waste any time at all with cleaning. That’s because it’s accompanied with the company’s updated ReactiveAI 2.0 obstacle avoidance system, which leverages a camera to detect potential obstacles in its cleaning path. Once identified, it’ll automatically avoid the obstacle. It can even detect the kind of surface it’s cleaning to adjust its suction intensity and cleaning pattern.

Empties and cleans itself after vacuuming

With its new empty wash fill dock, the Roborock S7 MaxV Ultra won’t require you to clean or wash off its mopping pad because the dock will do it for you. Yes, this new dock will not only empty the robot’s dustbin of dirt and debris, enough to last upwards of 7 weeks, but the dock will scrub down the mop attachments so you won’t have to do it. Less interaction means more free time for you.

Keep the mop on at all times

One problem that some 2-in-1 robot vacuum combos face is that they can’t vacuum carpets or rugs while the mop attachment is installed. With the Roborock S7 MaxV Ultra, it features VibraRise technology to allow the sonic mopper to lift up when it’s going over a hump — or moving onto another type of surface, like carpets. This way, you can keep the mopping pads on without fear it’ll get in contact with carpet.
Other Roborock robot vacuums to consider

Roborock is one of those robot vacuum brands that made a name for itself the last couple of years with its exceptional lineup. Whether you’re looking for something on a budget, or looking for a model with some top-notch features, there’s a model right for you. Here are just a few of our favorites.

Part robot vacuum, part security camera on wheels, the Roborock S6 MaxV continues to be notable because it’s one of the few that features a built-in cam that not only identifies obstacles while it’s cleaning (including the dreaded pet poop on the floor), but also because you can access the camera at any time to see what’s going on at home. Best of all, you can control the robot vacuum remotely through the app and see what it’s seeing in real time. 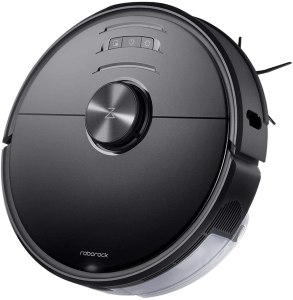 Last year’s standout model was the Roborock S7, which is a phenomenal 2-in-1 combo perfect for carpets and hard floors. It stands out most for the sonic mopping technology it employs to help remove debris struck on hard floors by vibrating its mopping pad at an incredible speed. 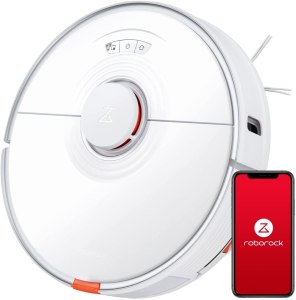 Do you want an intelligent robot vacuum that can clean and mop efficiently, but don’t want to spend a fortune? The Roborock S4 Max uses LiDAR tech to map out rooms so that it can efficiently clean in a zigzag pattern. 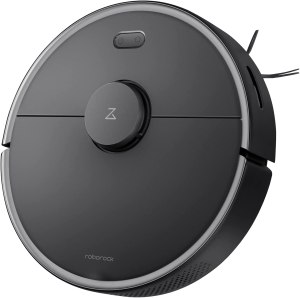