There’s a solid chance you haven’t thought twice about your door lock in a while. Sure, you think about it in the sense of ensuring whether or not it’s locked or unlocked when you’re going to bed for the evening or when you leave the house to head to work, but you’ve probably not given a lot of consideration to the style of lock. Why would you? If it locks, it locks. There’s not much to overthink, right?

However, locks have changed considerably in the last two decades or so, allowing you to change your existing setup if you so desire. So it’s not surprising we’re seeing an increase in both electronic locks and smart locks. Both are decidedly more convenient than a standard lock and will certainly make it less likely that you’ll get locked out of your house. Saving money on a locksmith is likely well worth the time, effort and money it would take to install one. But what exactly is an electronic lock, and what is a smart lock? How are they different or similar to one another, and which is worth it? We’re breaking it all down below, so you know what’s what, in our explainer of smart locks vs. electronic locks.

Smart Locks vs. Electronic Locks: Which Does What?

While a smart lock might seem like an electronic lock or vice versa, there is a difference between the two, so it’s important to give some context as to which one does what.

A smart lock, as evidenced by its name, ties into the larger smart home architecture and allows you to lock or unlock a door through the use of a device, i.e., a smartphone. This allows you to bypass any sort of traditional key usage (whether a physical key or a pin pad) in favor of your device. It also allows you to open up a door from anywhere or even grant individuals access through smart devices of their own. Smart locks are also typically powered by a WiFi connection and even include some Bluetooth functionality as well.

An electronic lock is similar to that of a standard, key-based lock, although you don’t need to have a physical key. Electronic locks are typically opened by pin codes, which makes it much easier to get back into your home if you do happen to lose your key.

Leveraging Bluetooth and WiFi, smart locks allow for a decidedly different way of getting into your home by making the most of modern technology. Some smart locks can authenticate a device and automatically unlock when that device is nearby, forgoing the need to even put in a code if you want. Furthermore, smart locks can integrate into your smart home system and any automation routines you’ve established across services like Amazon Alexa, Google Home, Apple Home Kit and others.

Having an electronic lock means you won’t have to worry about losing, well, anything. If your phone or keys go missing, you’ll still be able to access your space. While you can have an emergency override key of some sort, an electronic lock is just totally dependent upon you knowing your relevant passcode. You will need to replace batteries on it with some level of frequency, however.

Smart locks are going to be a little safer, generally speaking, than an electric lock. Smart locks contain all kinds of encryption capabilities that make it more difficult for anyone other than you to get in. However, there are some people that are going to prefer a smart, albeit offline option, which is where an electronic lock can be handy. You don’t have to worry about your account getting hacked if you just have a four or six-digit code to type in each time. However, the buttons on an electronic lock may start to show signs of wear over time since you’re only ever punching the same few keys, which means it might be easier to tell your combination if you’re not frequently changing up the code.

Due to the increased technology at play in regards to a smart lock, the cost of an individual smart lock is going to be considerably higher than that of an electronic lock. To wit: this Eufy smart lock (while currently on sale) clocks in at around $170, while Amazon’s Basics line of products offers an electronic lock for less than half the price at $65. That’s quite a difference in price, but as addressed above, the benefits and ease of use of a smart lock might be worth the cost (especially if you have any sort of smart home functionality). 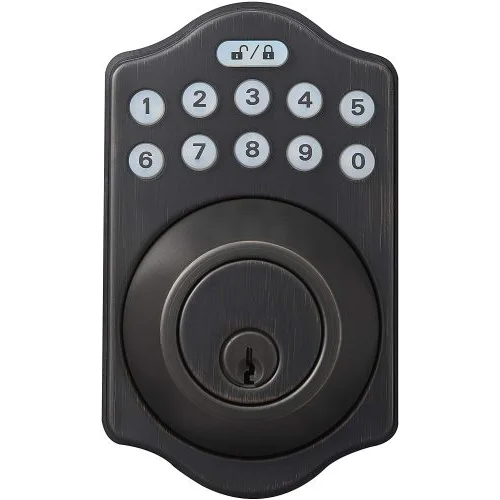 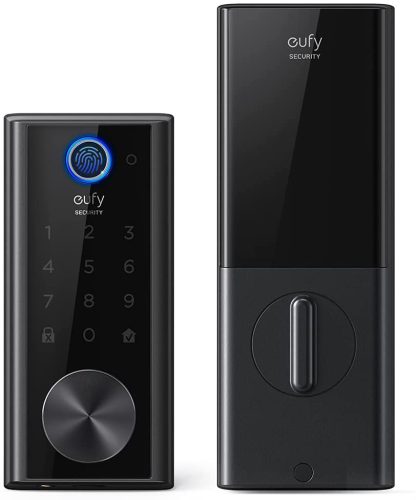 Smart Locks vs. Electronic Locks: Which Is Best?

In terms of determining which is best for you, it’s likely going to come down to individual preference. If we had to pick one, we’d probably lean electronic. A smart lock is great, but the idea of having everything localized in one place without having to worry about a phone or key makes an electronic lock quite a compelling purchase. Easy to install and even easier to use, an electronic lock is our pick. However, if you already have a robust smart home system or are the kind of person that never leaves home without your phone, you may get more mileage out of a smart lock instead.