Are you a homeowner worried about your teenagers throwing parties when you’re not home? Or perhaps you operate an AirBnB and have unruly guests that light up a cigarette or smoke marijuana during their stay? The last thing you want to deal with is the lingering smell of cigarette or marijuana smoke. It can be notoriously hard to eliminate the smell of cigarette smoke once it sets into your home. Likewise, getting rid of weed smells is a major chore. That’s where the Wynd Sentry promises to come to the rescue.

Wynd Sentry is a new at-home smart sensor that can detect loud noises as well as the distinct signatures of cigarettes, marijuana, and vaping smoke. Not only will you have the power to know when visitors are violating your house rules, but Wynd also says that it can help customers “increase the success rate of [their] Airbnb reimbursement claims.”

Because this device is only available for pre-order at the moment, we haven’t been able to personally test and verify the claims made by the device makers. Even so, we’ve never seen anything quite like this detector in the smart home space before, and so we wanted to share everything we know so far.

What We Know About the Wynd Sentry

There are a ton of smart home sensors that we find useful, like air quality sensors that can detect when there’s a high amount of VOCs (Volatile Organic Compounds) in the air. We also rely on carbon monoxide, smoke and radon detectors, which are ubiquitous here in the United States. However, the Wynd Sentry is unique for the simple fact that it sniffs out the smoke from vapes, cigarettes, and weed. (Yes, e-cigarette users, we know that you’re technically exhaling vapor, not smoke.)

If the technology exists to detect specific types of smoke, why aren’t alarms like these present in every hotel room (and teenager’s bedroom) in America? Wynd has developed proprietary technology that the company says can finally make this seemingly simple task a reality. Of course, there’s nothing simple about it.

Leveraging Wynd’s proprietary airID technology, the Sentry device uses a combination of laser and sensor hardware to detect smoke in the air. With the help of machine learning, it’s smart enough to identify specific signatures from other types of smoke sources — like those produced when you cook, or the burning of candles. 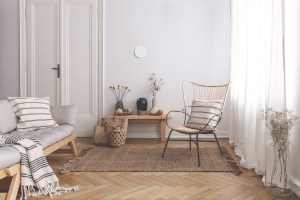 This could be a valuable tool for homeowners looking to monitor activities going on in their home or rental properties. It can even listen for loud parties, and when noise reaches a certain level, you’ll automatically receive alerts via the mobile app to inform you when there are violations. For AirBnB hosts that want to protect their properties, Wynd offers a new way to document violations of the rules. Given that AirBnB was recently forced to update its policy on parties after raucous guests took advantage of the system to throw mega-parties, the Wynd Sentry can help make sure that renters comply with the house rules.

We also like how it follows the design and shape of a traditional smoke alarm siren you may already have at home. The Wynd Sentry can be powered via USB-C for continuous use, but it also features a rechargeable battery backup that can keep it going for another 48 hours. That’s actually not that long compared to some smart home products, which are designed to keep going for days and sometimes weeks after losing power. Still, homeowners will be notified if their Sentry device is disconnected or tampered with in some way.

Of course, devices like this always raise privacy concerns, and we can imagine devices like this being deployed in harmful ways. Violating Airbnb rules is one thing, but should your landlord be notified every time you smoke a bowl, even if marijuana is legal in your area? We would also like to verify for ourselves that Sentry doesn’t result in false positives before fully recommending it to SPY readers.

Still, we’ve never seen a device like this before, and it has the potential to give homeowners peace of mind when they’re away.

If you’re really against unwanted recreational smoke in your home or rental properties, you can put down $120 for a pre-order right now that includes the Wynd Sentry and a 1-year subscription. The devices should start shipping in September, but there’s also a 30-day risk-free trial if you’re not satisfied. 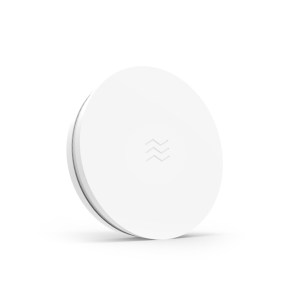