* First trailer from “A Wrinkle in Time” movie finally released
* Film adaptation stars Oprah Winfrey, Reese Witherspoon and others
* Based on best-selling book

It’s finally here. Director Ava DuVernay’s highly-anticipated movie, A Wrinkle in Time, opens this weekend and the movie’s star-studded lineup and release has spurred new interest in the original book.

See Showtimes For A Wrinkle in Time

First published in 1963, the novel, written by American writer Madeleine L’Engle, follows a group of children as they time travel in a search to find their missing father. The science-fiction adventure tale has been heralded for its retelling of the traditional “good vs. evil” story, and hailed as an iconic “coming of age” book. Now a staple in many high school English classes, “A Wrinkle in Time” won the John Newbury Medal in 1963 for its “contribution to American literature for children.” 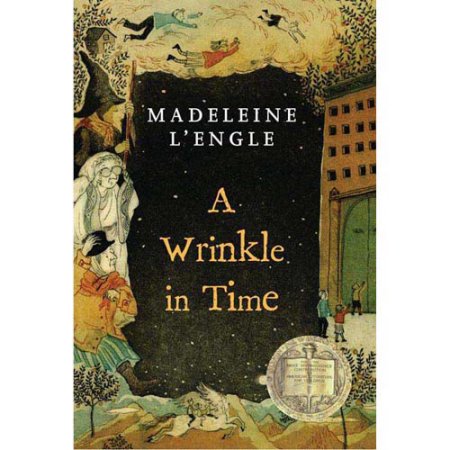 A Wrinkle in Time

Thanks to the film’s release, the book is currently the #1 best-seller on Amazon, with an almost 5-star rating from more than 3000 customer reviews. Purchase the book above, or listen to it for free on as an audio book with Amazon’s current 30-day free trial to Audible . The audio book is narrated by DuVernay and L’Engle.