Promising better sound quality, better call quality and the addition of active noise canceling, Anker is taking its biggest step forward yet, which is why we thought they were the most promising earbuds of CES 2021. Starting with batteries and portable chargers a decade ago, Anker has made its name on selling products (portable Bluetooth speakers, projectors, robot vacuums, security cameras, etc.) that offer comparable quality to top brands’ offerings, but for considerably less.

But it’s with audio accessories and the Soundcore brand where Anker has found some of its greatest success and recognition. After a few years of existing as a budget alternative to the likes of Apple, Jabra and Sony, Anker wants to be viewed as more of a true competitor to these top brands, and the $130 Liberty Air 2 Pro are a statement of intent. 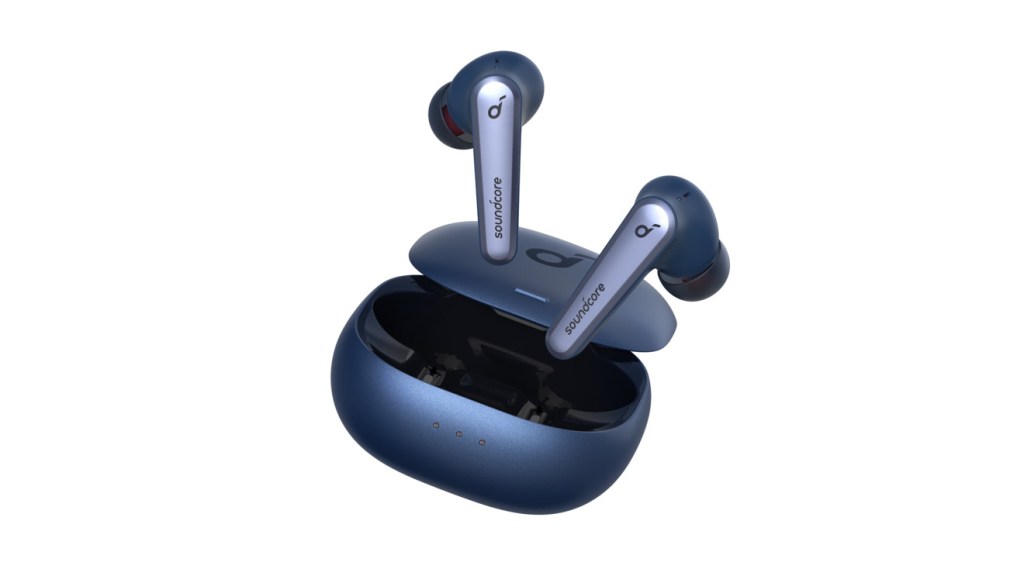 It’s clear that Anker has done its homework, not only on its past products, but on the competition, and has distilled those lessons learned into the Liberty Air 2 Pro. Despite the overly long and confusing name, this really is Anker’s most polished release to date, right down to the charging case.

In addition to noise-canceling, redesigned drivers and finding a way to include six microphones (compared to the Liberty Air 2’s four mics), these earbuds can get you five to six hours of battery life on an average full charge (with an extra 23 hours stored in the case). These are also IPX4 water-resistant, which means that they will not be fazed by rain, sweat or a spilled drink.

Keep reading to find out.

Right off the bat, one of the first things you’ll notice about the Soundcore Liberty Air 2 Pros is the bass. And not because it’s overwhelming, but because it always sounds like the right amount at the right time. Tight and punchy, the low end is never overwhelming, but also never lacking in any song you listen to.

Next, the Liberty Air 2 Pro earbuds really stepped up their game with the customizable EQ features. With the Liberty Air 2, you were able to pick from a number of different presets, build your own EQ curve, or take a quick hearing test to have a custom curve made for your ears. With the Liberty Air 2 Pros, you can now take the custom EQ curve created from your hearing test and either tweak that curve to your liking or layer your favorite preset on top. It’s a feature that, even if it’s a little rough around the edges right now (more on that below), has a lot of potential for audio enthusiasts in the future. 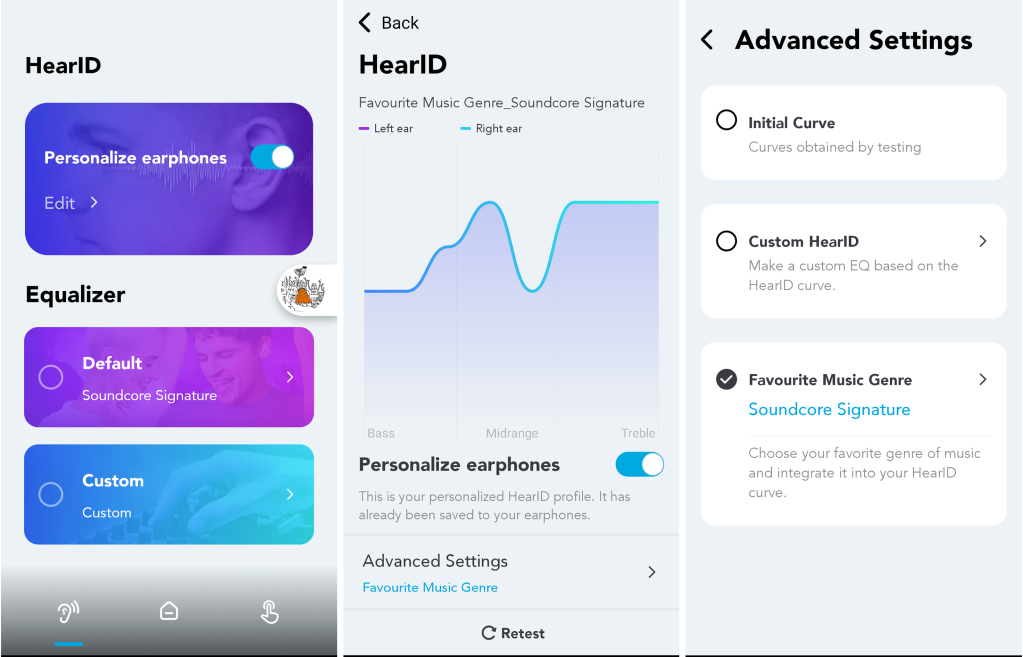 Lastly, the active noise cancellation is very good for the price. There are certainly some extreme scenarios (trains, planes, loud households) where the best wireless earbuds can do a better job. But on the whole, the noise-canceling with the Liberty Air 2 Pro earbuds is impressive. Only occasionally was I reminded of the outside world during a subway ride. These earbuds’ ability to drown out voices with the indoor ANC mode was surprising (even with the earbuds set to 50% volume, I could not hear the very loud Twitch streamers on my TV). And like most nicer pairs of wireless earbuds these days, there’s a transparency mode that conveniently lets you clearly hear the outside world without having to remove your earbuds.

In many ways, the Liberty Air 2 Pro earbuds have an improved design over their predecessors, but we’re still not convinced it’s a great design.

The stem-style earbuds have been slimmed down, streamlined and are overall less noticeable when you’re wearing them. But they’re still not small or compact by any stretch of the imagination. Furthermore, the part that sits in your ear has been redesigned to look more like AirPods, and as a result, they have a different fit compared to the Liberty Air 2 earbuds. Instead of fitting snugly in your ear canal, the fit is a little more shallow. AirPods have never fit in my ears particularly well, and you may have a different experience, but these didn’t feel super secure in my ears without some exact positioning.

The touch controls can also be a bit sensitive at best, and unpredictable at worst. More often than not, I accidentally triggered some action or another while positioning the Liberty Air 2 Pro earbuds to get the right fit in my ears.

And then the audio has some quirks of its own. While the sound is definitely good (especially for a $130 pair of earbuds) we still think there’s some room for improvement if they really want to be true AirPods killers. The lows and highs have been boosted in the default sound profile for the Soundcore Liberty Air 2 Pro which definitely makes them sound fun, but some of the detail, depth and space you would normally find through the midrange in higher-end pairs of earbuds are a lost or flattened with these buds.

I had hoped that the Custom EQ could magically test my ears and remedy this issue, but it mostly just made everything sound sharper, as opposed to more layered or detailed. That said, if you know your way around an EQ, there’s a lot of potential here to squeeze a little something extra out of the Liberty Air 2 Pro earbuds. And in the future, there’s always the possibility that Anker could improve this feature through a firmware update.

Up until now, the issues have mostly been nitpicking, but one definite knock comes with how these sound when paired with an Android phone. The Liberty Air 2 Pro earbuds don’t feature AptX support, which means that it relies on the AAC codec when connected to an Android phone via Bluetooth. It has been well documented that AAC quality with Android varies greatly depending on what phone and earbuds being used. In the case of the Liberty Air 2 Pros combined with a Google Pixel 3a, it’s not spectacular.

High frequencies can already be slightly too bright on these earbuds already, but connected to my Android phone, they were shrill and the audio was borderline unlistenable at anything except low volumes.

One thing I loved was the design of the case. It may seem weird to get too excited about a case, but there are few products where a case is as important as it is with wireless earbuds. For starters, instead of a flip-up top, the broad side of the case slides up and down, revealing your earbuds tucked away. The opening and closing movement is satisfying in the same way that ASMR is satisfying, and you might find yourself sliding the case open and shut for no reason at all.

But in all seriousness, this is great for a few reasons: One, it’s easier to remove your earbuds and put them away.

Two, if you drop the case with your earbuds in it, they won’t go flying across the room.

And finally, the wireless charging element for the case is also on the wide underside of the case, which makes it equally convenient to wirelessly charge your case with a vertical stand or a horizontal pad. Again, this may seem like a minor thing, but try wirelessly charging the Jabra Elite 85t earbuds with a vertical stand and see how well that goes

The Anker Soundcore Liberty 2 Air Pro wireless earbuds are very good. Under no context should they be considered bad. But they exist in a very strange place on the earbud spectrum.

They are more expensive than most other “budget” options but close enough in price to the high-end buds to make you consider spending a few more dollars to get something like the Jabra Elite 75t, which has slightly better audio quality.

This is why our official verdict is that they’re worth buying, but you should wait for a deal. 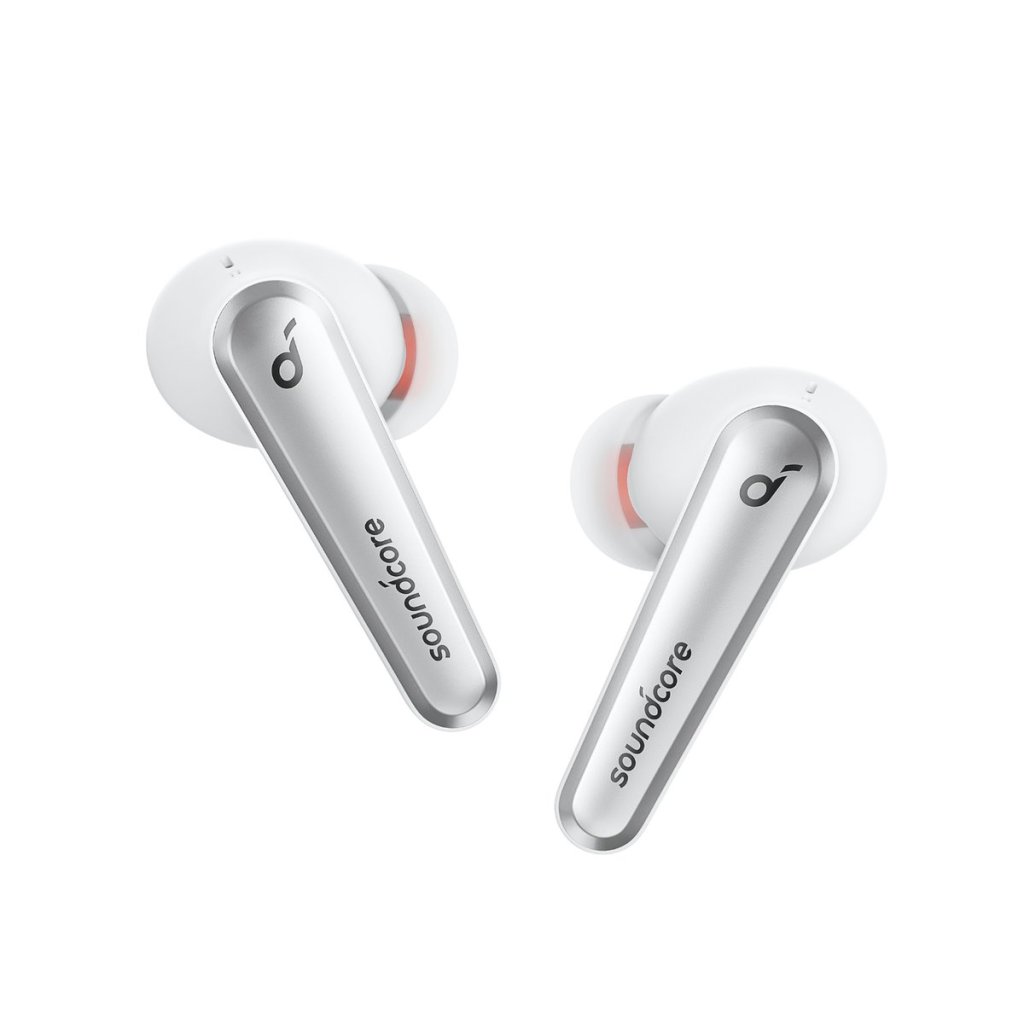 The Best Wireless Earbuds Money Can Buy in 2021