* Obama, Bill Clinton, and Trump all have their own audiobooks
* Stories about family trauma, personal perseverance, and how to build a business
* Written and narrated by four powerful and controversial voices in history

Despite their radically different political beliefs and personal histories, these presidents all have one thing in common: they have written and narrated their own audiobooks, giving us a glimpse into their story-telling abilities and their illustrious pasts before claiming the White House as home. These four books cover the gamut of subjects, from Barack Obama’s moving lifestory told from the very beginning to President Trump’s forthright advice about building an American empire, to Bill Clinton’s inspirational content about the art of generosity. Wherever you stand politically and personally, these are worth peering into for we don’t always see the narrative side of these powerful men.

So, sit back, turn up the volume, and listen to the controversial but equally compelling voices of past and present world leaders.

1. Barack Obama’s Dreams from My Father: A Story of Race and Inheritance

Barack Obama has a small collection of published books under his belt and this one made the New York Times Bestseller list, securing it at the top of our list as a must-read.  Written and read in his own words, he documents his storied past from Hawaii to Chicago and how his father influenced each part of his journey—even when he least expected it.

“In this lyrical, unsentimental, and compelling memoir, the son of a black African father and a white American mother searches for a workable meaning to his life as a black American. It begins in New York, where Barack Obama learns that his father, a figure he knows more as a myth than as a man, has been killed in a car accident.” 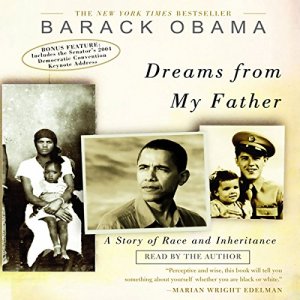 Courtesy of Amazon
Buy: 'Dreams from My Father' $7.99
buy it

2. George W. Bush’s A Portrait of My Father

The father-son impact is strong and George W. Bush has a unique perspective as his father sat in the Oval Office prior to him. It is said to be a unique and intimate biography spanning his political career and reflecting on his father’s presidential terms as well. As George H. W. Bush passed late last year, it is a rather timely audiobook to tune in to and follow one family’s legacy through history. 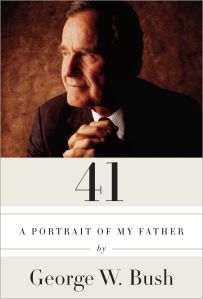 3. Bill Clinton’s Giving: How Each of Us Can Change the World

When Bill’s voice comes on, it is distinctively his own. Maybe it’s his famous sound bites that are drilled into our heads as his infidelity scandal rang through media outlets in the late ’90s or perhaps it’s his sensitive and slow dictation he gives in speeches. Either way, his book Giving is meant to impact readers and inspire the gift of generosity within themselves by sharing examples from big businesses and individuals.

“Giving is an inspiring look at how each of us can change the world. First, it reveals the extraordinary and innovative efforts now being made by companies and organizations—and by individuals—to solve problems and save lives both “down the street and around the world.” 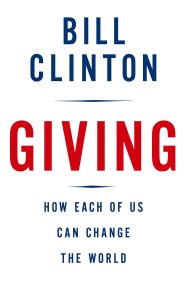 4. Donald Trump’s How to Build a Fortune: Your Plan for Success From the World’s Most Famous Businessman

Perhaps this title could be updated to, “How to Build a Wall.”

Trump’s candid speaking voice is carried through his book that directs readers to both embrace their financial debt as well as fear it. And whether you stand behind the 45th president or not, his audiobook is worth listening to if you want some insight into his business strategies and personal views on finances.

“Learn from a true master of wealth how to create your own personal fortune! Self-made multi-billionaire Donald Trump offers you a complete eight-week course on how to get rich. This is your plan for success from the world’s most famous businessman – a total step-by-step program for transforming your financial future, Trump-style.” 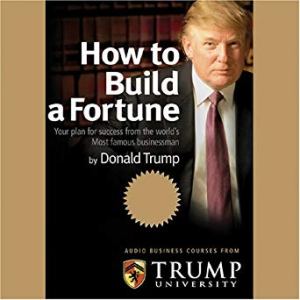