While there are tons of gaming monitors and plenty of TVs that pack in gamer-friendly features, there aren’t a ton of projectors that cater to this audience.

Sensing this, BenQ now offers the X1300i, a gaming projector that not only delivers a bright and vibrant picture in 1080p, but also offers a 120Hz refresh rate and input lag that’s below 10ms, which allows for smooth and responsive gameplay while offering a picture that’s larger than 100 inches. 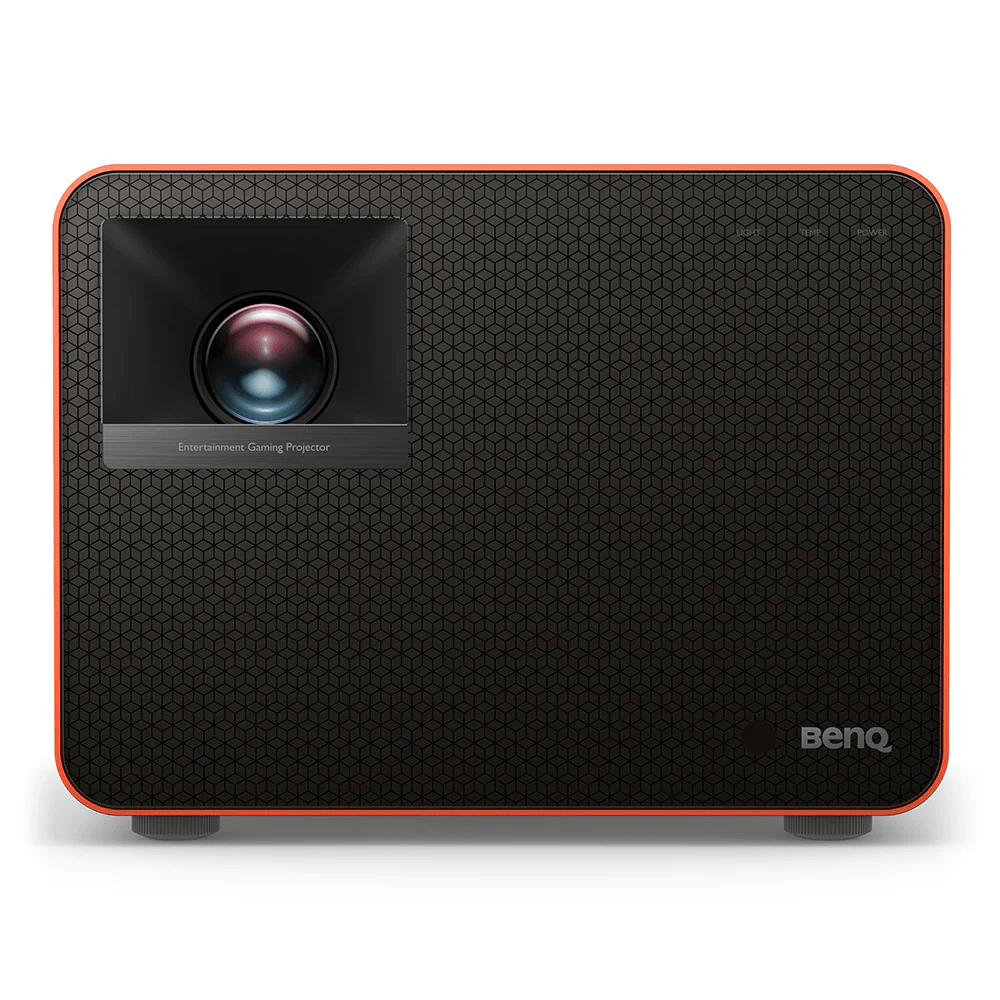 On paper, a gaming projector sounds like the perfect piece of equipment to add to the home theater of the future. But how does it stack up in actuality? Keep reading to find out.

As a 1080p projector, the X1300i hits nearly all of its marks. Setup is very simple with manual controls on the side of the projector that let you fine-tune the focus and zoom of the projector. More advanced digital controls also let you adjust for things like keystoning. The picture is bright and the colors pop, even if you just project this onto a wall. 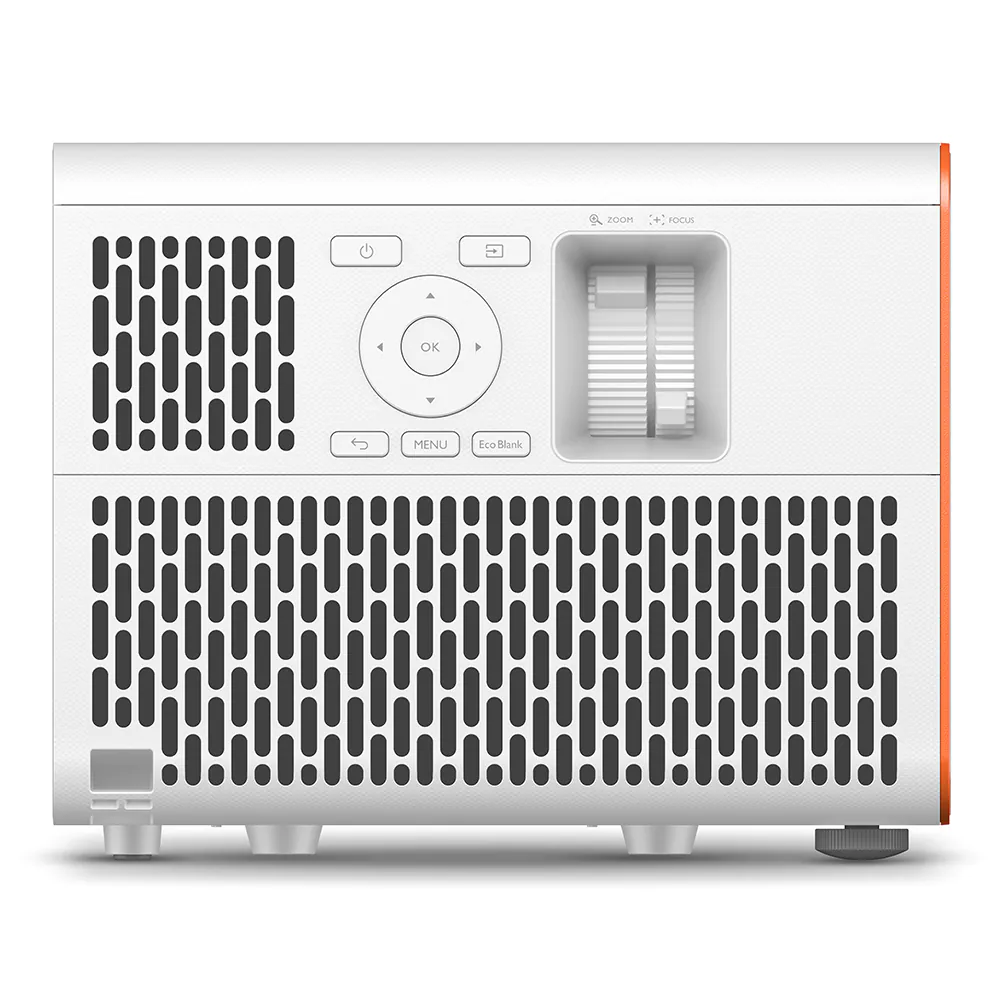 This also means that more than just a gaming projector, the X1300i is also great for movies, and you don’t even have to be in a pitch-black room to get a decent picture out of it. While this might not be on the same level as a 4K ultra-short-throw projector, the image quality is really, really solid.

In terms of aesthetics and usability, the design of the X1300i is also great. A white plastic cube with a shiny black front, the X1300i has a retro-futuristic look that resembles an oversized Sony alarm clock from the ‘80s, or something out of 2001: A Space Odyssey.

But the gaming-centric features are the main draw here, and on the whole, they work as advertised. The 120Hz refresh rate delivers a noticeable boost in how fluid a first-person shooter like Doom Eternal plays, cutting down on motion blur and making it easier to see things clearly as you move through a map at warp speed.

But perhaps even more impressive is how low the input lag is in real-world use. When playing Super Smash Bros.: Ultimate, a game I know inside and out, the responsiveness felt every bit as good as my TCL 6-Series, which is a TV known for its low input lag. I expected to have some hiccups when it came to connecting frame-perfect combos, but ultimately, it wasn’t an issue at all which is really impressive.

While it’s hard to find fault with most of the core features offered by the X1300i, there is still some room for improvement here. For starters, the smart TV features here are a bit underwhelming. Instead of having the Google TV software integrated directly into the box, BenQ simply packaged in a streaming stick that requires you to unscrew the top cover and install it in a custom slot. This isn’t the end of the world, especially considering this is a gaming projector. But this is a premium product with a premium price, and BenQ’s smart TV solution here feels a little janky. 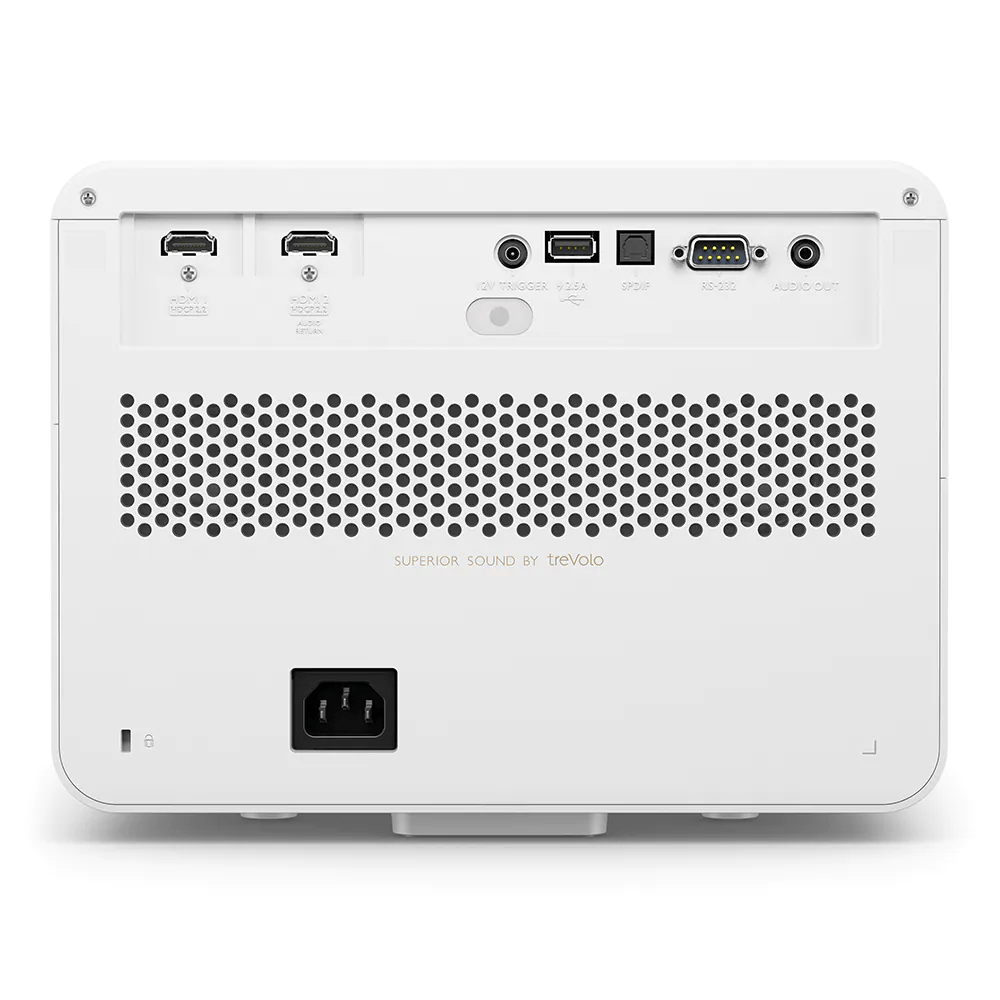 Secondly, the adjustable feet at the bottom of the projector for leveling the picture leave something to be desired. While the zoom and focus controls are wonderfully intuitive to use, turning the feet clockwise or counterclockwise to get the picture perfectly horizontal is imprecise. And if you are placing the projector on an uneven surface, it’s going to take some work to get things right.

And finally, this thing is big. It looks and feels like two regular projectors have been stacked on top of each other. And while it’s decent looking, it’s not the type of product that blends in with your decor or easily tucks out of sight.

Verdict: Great (…for a Very Specific Kind of Gamer)

This is a tricky product. Taken on its own merits, this projector is an incredibly solid performer. But this also seems like a projector that isn’t quite optimal for the types of gamers who care most about a 120Hz refresh rate. Moreover, we’re not sure how many gamers who value a high refresh rate also want a display this big.

When playing fast-paced games (and especially fast-paced online multiplayer games), it’s hard to keep everything in your peripheral vision when it’s a 100-inch projection. As a result, your eyes have to put in extra work to take in everything on screen. This isn’t the fault of the X1300i, or any other projector. It just comes with the territory of having a large screen.

But this is a big reason why you will see competitive gamers playing on a 24-inch monitor. And while you could simply make the X1300i picture smaller, most people would be better served spending the same money on a 120 Hz TV at that point.

On top of that, this projector also exists at a price point that likely makes it a non-starter for casual gamers. While there are people out there who want to play a game like Ghost of Tsushima on the biggest screen possible, most people won’t want to spend $1300 to do that. 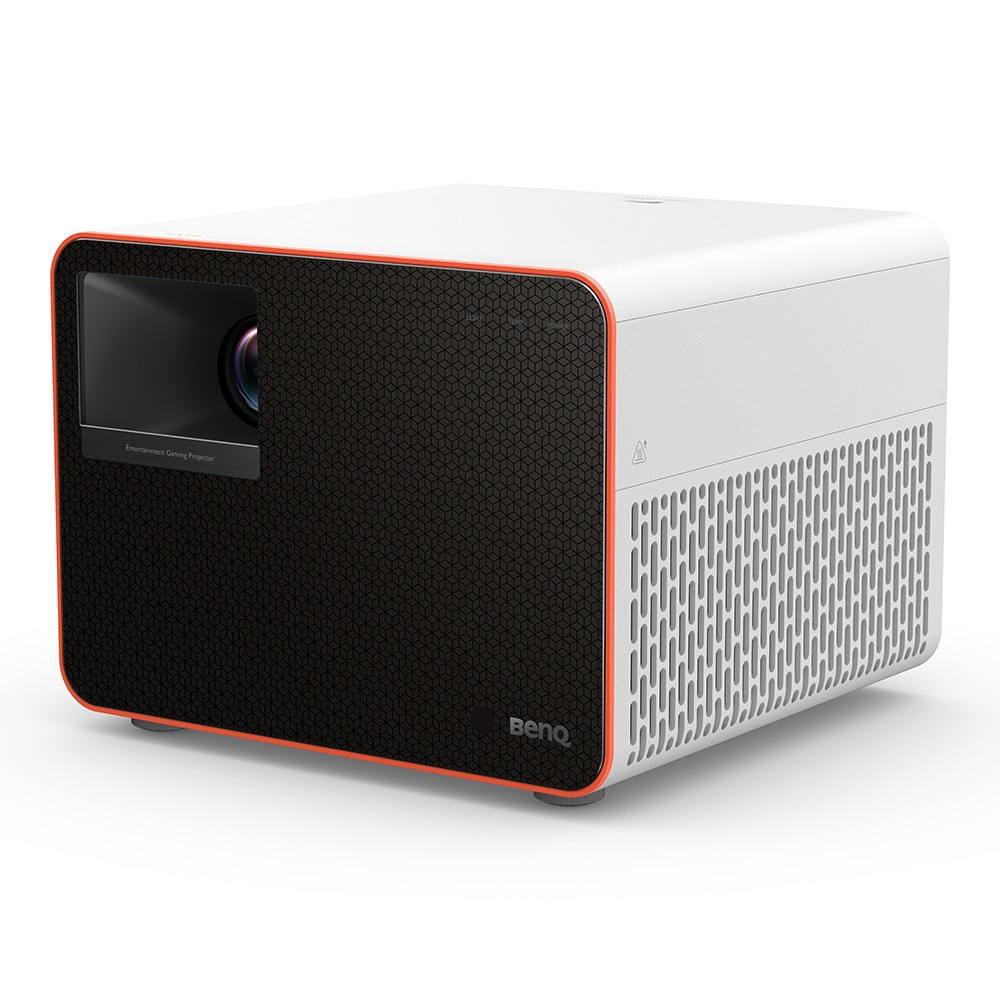 There will undoubtedly be a chunk of people for whom the X1300i is a godsend. But for the masses, it ultimately feels like a niche device; one that isn’t quite what hardcore gamers are looking for, and also one that’s a little too extravagant for the rest.