Shooting film is one of the most relaxing ways to take pictures, even still in 2020. In a world where almost everyone has tiny little cameras accessible in that smartphone in your back pocket, the process of shooting film makes you step back and slow for a change because there are only so many exposures on one roll.

Choice of the best 35mm film is absolutely something to take into consideration when dusting off the film camera. Some may prefer black and white while others may prefer color, some may prefer muted colors while others may prefer bursts — it all depends on your artistic eye what you’re trying to portray in an image. Whether you’ve never transitioned to the digital world of photo or you’re just starting out with analogue photography, here are some of the best 35mm film options for getting that perfect shot.

Kodak probably has the most exceptional film catalog in the books. From skin-correcting low ISO film options to grainless black and white alternatives, the amount of stylistic choices a photographer can make when shopping for Kodak film is endless. With that being said, my personal favorite film is Kodak’s Portra 400 Professional film. I’ve been coming back to Portra for years solely because the colors are so gorgeous that they’re almost outlandish. Everything I shoot with Portra feels both so brought back in time yet extraordinarily present at once, it’s truly a feeling I’ve never had when shooting with other film. I’ve also used Porta film to shoot in both 6×7 medium format and 4×5 large format, and it’s never disappointed me yet. If you’re looking to shoot in color, there’s really no other option than to shoot Portra. 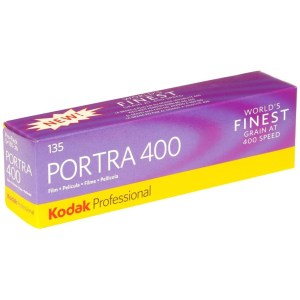 I’m probably biased since I shoot in color much more frequently than I do in black and white, so Ilford HP5+ 35mm black and white film and Portra’s color film above are pretty interchangeably amazing. With that being said, if you’re shooting black and white, THIS is the 35mm film to use. The film quality is as rich as it gets and the grain amount is wonderfully fine. I love shooting this film when I know I’ll be developing and printing it myself in the darkroom. The feeling of making your photos come to life by yourself is only amplified by this stuff. The amount of variation in light Ilford is able to pick up in their black and white film is jaw-dropping, but don’t take it from me, try it out yourself. 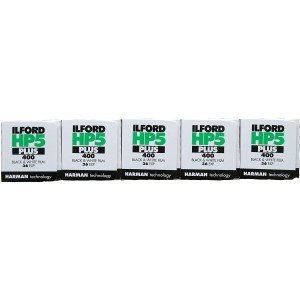 While some analogue users might find dubble film’s Jelly 200 color negative film a bit gimmicky and overtly 2020 in nature, others (like myself) love spicing up a shot from time to time with effects that otherwise wouldn’t happen without film like this. As an experimental alternative to regular color film options, dubble film’s main intent is to cast multi-colored masks on each photo. Each still is uniquely different in its color pattern depending on shooting conditions which make the process of shooting this film all that more fun. 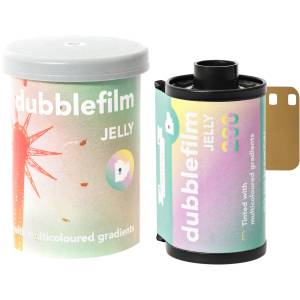 What I love about Fujifilm is their consistency in creating naturally occurring color balances in their film. Developed rolls rarely come out wonky or oversaturated like they would in a cotton candy world — the colors you see with the brand’s Fujicolor Superia X-TRA 400 35mm film are exactly as they were the day of shooting. Honestly, it’s slightly mundane overall, but it makes you feel grounded and brought back into reality. It’s nice to see photos as they should be in the world as it is. This film is probably the least gimmicky on the market. 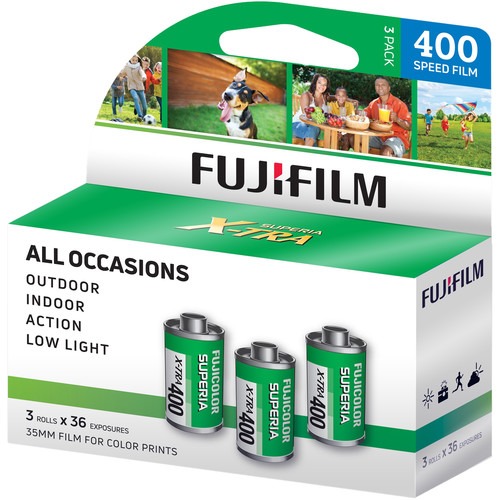 In a world where sometimes the natural way of life can become a bit uninteresting at times, spice it up and roll up that film camera with LomoChrome Purple XR 100-400 color negative film. Why you ask? Quite exactly opposite from our previously mentioned film choice, snapping photos with this alternative creates a world like that of Alice in Wonderland. The film is made to intentionally render and distort colors, making blue turn to green, green to purple, yellow to pink, and keeps red neutral for wild effects — especially when photographing people. 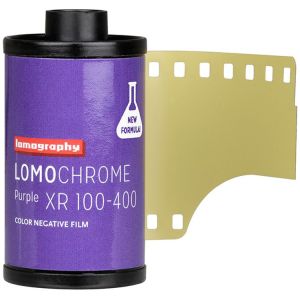 If you didn’t already know, when film is labeled with numbers like “400”, it’s referencing the speed at which the film is to be exposed. The lower the number will typically mean the more light you’re going to need when shooting for a fine-grained photo. Meanwhile, larger numbers are typically better for shooting darker scenarios and generally incorporate much more grain. Although Kentmere Pan 400 Black and White Negative Film is set at the lower and more common prerogative, it’s absolutely possible to use this film in situations that would require medium speed film, too. Stellar results are obtained anywhere in the range between 200-1600, so whatever your shooting situation, you should be decently well off with this roll. 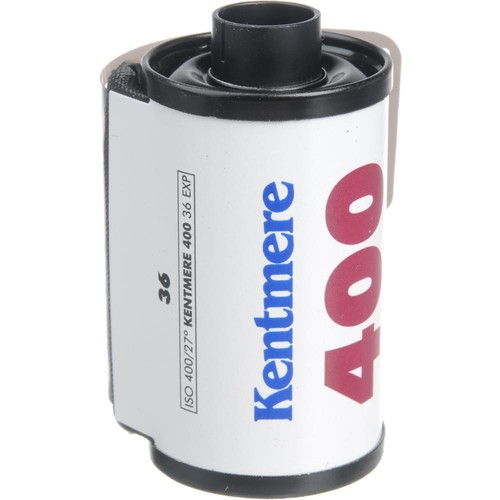 Slide film, unlike the majority of 35mm film alternatives, offers developed stills in positive colors instead of negative. Meaning, the film itself isn’t inverted like it regularly is, the photos on the roll are completely shown in positive, everyday coloration. Fujichrome Provia 100F Professional RDP-III color transparency film is a slide film that offers unique contrast and exceptional hues of blues and greens. While colors are for the most part naturally occurring, all are structured to look more vivid when the photos are shot. This film is easy to scan and generally fun to look at because each individual photo sitting on your roll is mini, translucent photography you don’t even have to get printed. 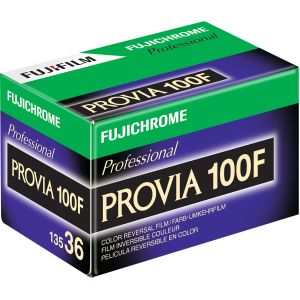 I truly didn’t know I was such a Fujifilm stan until now. What can I say, they make some killer film. While the QuickSnap Disposable camera isn’t necessarily a film type, it’s still a phenomenal way to get out of your comfort zone and shoot 35mm film. The quality is atrocious, I’m not going to lie to you, but that’s almost the point. The way photos come out from this disposable brings a totally new dynamic to your work. Next time you’re considering a project using 35mm film, try using this camera by shooting with full flash. It’ll create a unique, lower-quality, almost crunchy body of work you won’t be upset with in the slightest. 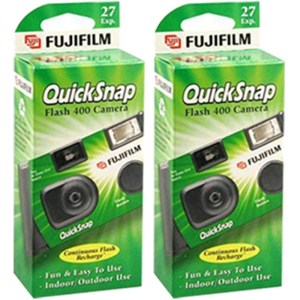 This film is wild, that’s all I really have to say. By giving a kinetic filter achieved full in your camera, Revolog’s 35mm film comes in a full red washover, oddly uncomfortable looking yellow scratches and a blue overtake/blue streak mix. These are really the wonkiest film photos you can get developed, so I suggest you give it a shot, even if it’s not your style. 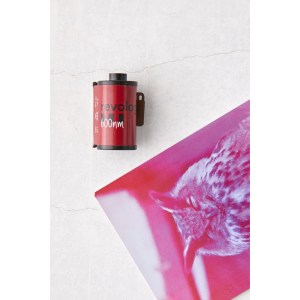