There are only a handful of actors that can split our sides and make us cry in the same movie. Adam Sandler is one of them. He’s starred in a wide variety of movies movies from comedy classics like Happy Gilmore and Billy Madison to indie cult favorites like Punch-Drunk Love – and nailed each role.

To celebrate his varied, hilarious, and incredibly successful career, we rounded up his 10 best movies so far.

Add Comment
7 People Commenting
markguszak
3 years
Sandler is a beloved comedic actor, which makes your #1 and #2 selections kind of silly. Yes,...
Anion
3 years
People pick on Sandler, but I've enjoyed almost all of his movies and really loved The Wedding...
jules
3 years
unresponsible is not a word - irresponsible

Add Comment
7 People Commenting
markguszak
3 years
Sandler is a beloved comedic actor, which makes your #1 and #2 selections kind of silly. Yes,…
Anion
3 years
People pick on Sandler, but I’ve enjoyed almost all of his movies and really loved The Wedding…
jules
3 years
unresponsible is not a word – irresponsible

In one of the best kid’s movies of the past decade, Adam Sandler plays Count Dracula, the charismatic owner of a monsters-only hotel. However, the monster’s paradise is threatened when a stray human boy finds his way into the hotel… and falls in love with Dracula’s daughter, Mavis. 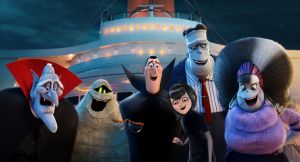 Longfellow Deeds (Adam Sandler) has his small-town life turned upside-down when two corporate execs bring some life-changing news: Mr. Deeds is the sole inheritor of $40 billion dollars and the biggest media company in the world. The ensuing fish out of water story provides Sandler with the perfect backdrop to flex his comedy chops.

8. You Don’t Mess With The Zohan

The plot of You Don’t Mess With The Zohan is almost as funny as the actual movie: the top Israeli counter terrorist agent, Zohan Dvir (Adam Sandler), fakes his own death to pursue his dream of being a hairdresser in Manhattan. It works, until his arch nemesis, ‘The Phantom’ (John Turturro) learns that he is still alive. 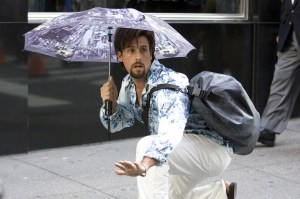 You Don't Mess With The Zohan

Sandler proves he can nail rom-com just as well as classic comedy with 50 First Dates. Sandler plays Henry Roth, a Hawaiian island playboy who finally falls in love with a girl named Lucy Whitmore. But there’s a big problem: Lucy has no short term memory, so Henry must make her re-fall in love with him every morning. 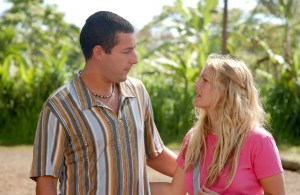 In a desperate attempt to get his ex back, unresponsible city-guy Sonny Koufax (Adam Sandler) adopts 5-year-old Julian (Dylan Sprouse), (Cole Sprouse). His girlfriend isn’t impressed, and doesn’t come back to Sonny – so now he’s left with no girlfriend and a kid. 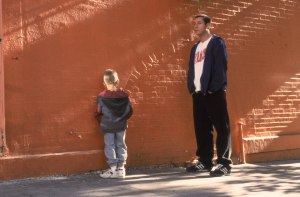 Another Adam Sandler classic with a heart-felt side is The Wedding Singer.

a wedding singer named Robbie Hart (Adam Sandler) has his heart broken (get it?) when his fiancé abandons him at the altar. Surrounded by romance every day, he finds it hard to recouperate, but ends up meeting Julia (Drew Barrymore), the love of his life. The only problem? She’s engaged. 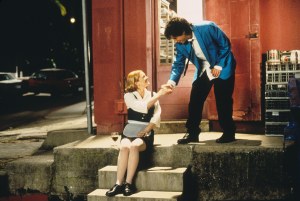 Happy Gilmore, Adam Sandler’s biggest hit, is still also one of his funniest. Sandler stars as Happy Gilmore, a hockey player with a typical hockey player attitude and foul mouth. When he realizes his hockey skills translate to golf, he enters a tournament to win money for his grandma, and starts to do well. However, the well-mannered golfers are not happy. 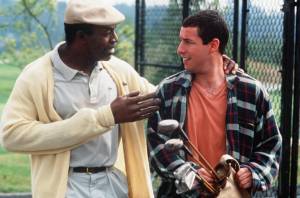 In another iconic role, Sandler plays Billy Madison, whose trust-fund partying comes to a screeching halt when his dad offers him an ultimatum: Billy has to retake and pass every grade in 24 weeks, or his dad’s business will will be handed over to his slimy associate, Eric (Bradley Whitford). 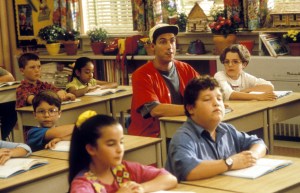 Reign Over Me is one of the handful of movies that show that Adam Sandler can really act. He plays Charlie Fineman, a man grieving over loss of his family in the 9/11 attacks. Charlie runs into Alan Johnson (Don Cheadle), an old roommate who’s struggling with his family and job. This encounter leads to a rekindled friendship, and helps both men get through tough times. 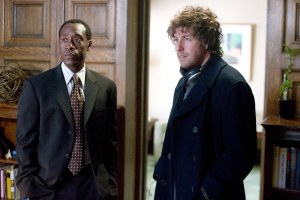 In 2002, Adam Sandler was an SNL funnyman with a few good movies under his belt. That all changed when he teamed up with indie auteur Paul Thomas Anderson for Punch-Drunk Love, and shocked everyone with a bizarre, captivating performance. 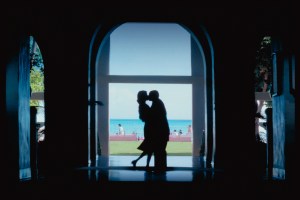