Whether you’re planning on building the ultimate entertainment center or simply want to be able to watch movies from the comfort of your couch, having a Blu-ray player that can play your favorite DVD and Blu-ray discs is a must for any movie fan. While the words ‘entertainment’ and ‘center’ being used together in a sentence can sound like a disaster for your wallet, investing in a Blu-ray player doesn’t have to break the bank.

Blu-ray discs are still a great way to watch your favorite film series (hello James Bond and Harry Potter) as well as TV shows (Game of Thrones, we can never watch you enough). Blu-ray players have also largely kept up with the times and can be used to show films in stunning 4K, double as streaming devices, connect to your computer, and be used for home audio systems. Plus, they can upscale your DVDs, meaning you don’t have to get rid of the collection you’ve been building for years.

Bring out your box of DVD and Blu-ray discs or start collecting some new titles, because these Blu-ray players will have you staying in for movie night.

For everything you need to start enjoying your Blu-ray discs right away, we like the LG BP175 Blu-Ray DVD Player. The affordable unit showcases Blu-ray discs in full HD 1080P while also upscaling DVDs to the same quality. High definition sound can be delivered in a surround sound setup, with DTS, DTS-HD Master Audio, Dolby Digital, Dolby Digital Plus, Dolby TrueHD all supporter through the player. The LG can also be used to access major streamers, including Netflix and YouTube as well as music streaming services like Spotify. The LG is easy to set up and comes with a remote control for a simplified user experience. 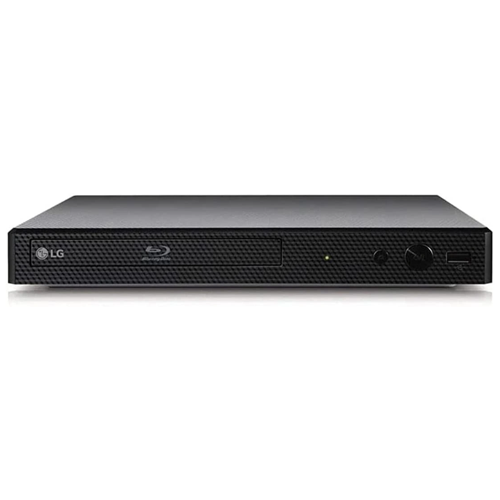 To create the ultimate home theatre system you need a Blu-ray player that delivers stunning and clear images as well as great sound. That’s what customers get with the Panasonic Streaming 4K Blu Ray Player. The player can deliver high-dynamic playback in three 4K/HDR formats, including HDR10+, HDR10, and hybrid log-gamma with an HCX Processor for Ultra HD Blu-ray discs. The 4K Chroma Processor built into the Panasonic provides stunning color and depth with natural textures you can see on-screen. Built with twin HDMI pure AV outputs, the Panasonic works with all major stereo systems for immersive surround sound. Users can quickly access streaming apps like Netflix and Youtube, as well as Amazon Prime. The Panasonic has a voice assistant that can be connected to Amazon Alexa and Google Assistant. 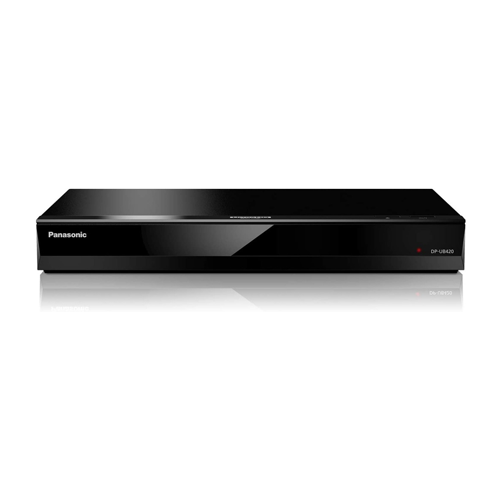 Whether you’re short on space or want a Blu-ray player that you can easily travel with, the Mini Blu-ray Disc Player from Didar is a great option for a compact and affordable player. Blu-rays are displayed in Full HD 1080P with depth and clarity. The unit can also play DVDs and CDs, while also using the USB port to play music with Dolby Audio. The plug and play unit comes with an HDMI and AV Output as well as error correction that ensures visuals and audio are always synced. The Mini player comes with a remote control, HDMI and AV cable. 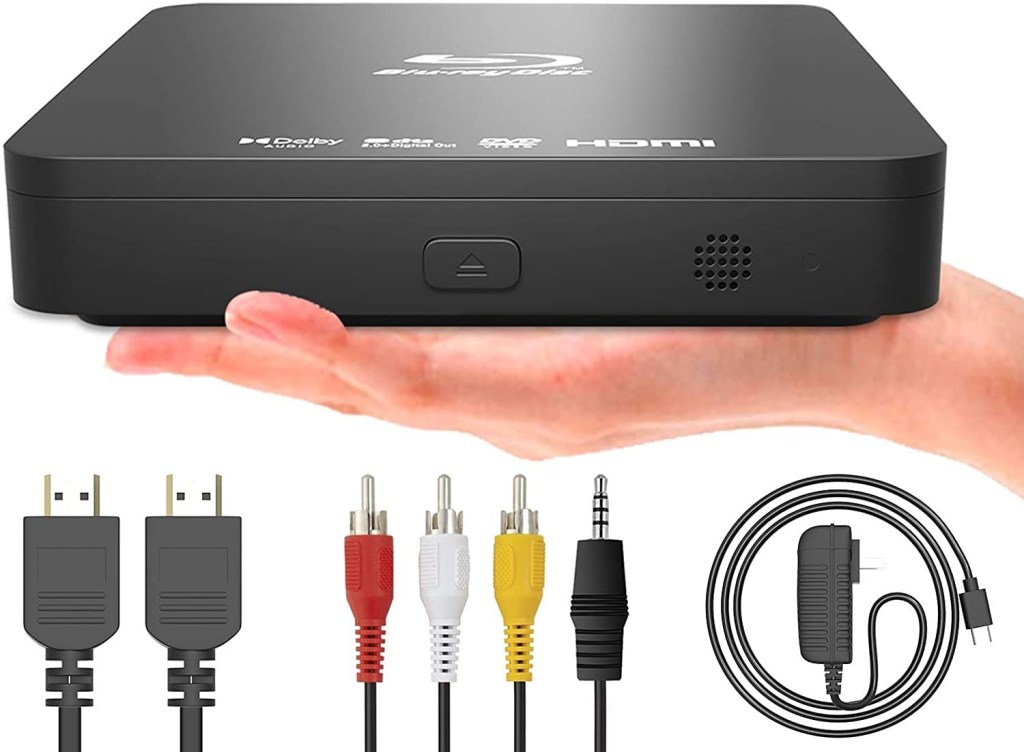 Watch your favorite Blu-ray and DVD discs and access streaming sites all from the Sony Blu-ray Disc Player. Affordable and versatile, the Sony provides 1080 HD pictures and access to dozens of streaming sites, including Netflix, YouTube, and Hulu. The unit plays Blu-ray discs and can upscale older DVDs to almost HD quality. The front of the unit also includes a USB slot that allows users to display their images and play videos directly from a USB. The Sony comes with a remote controller and the setup is simple and straightforward. 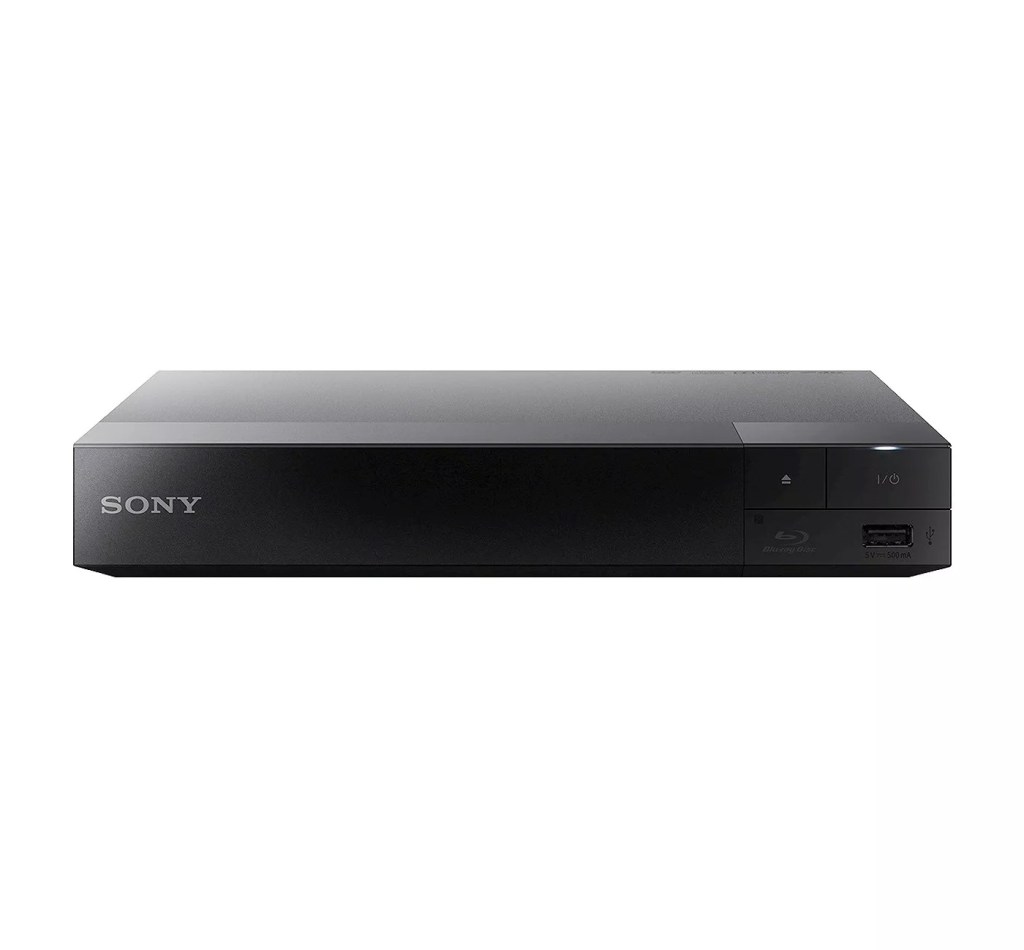 For a Blu-ray player that has everything you need to watch, well, just about anything, there’s the Sony BDP-BX370 Blu-ray Disc Player. Blu-ray discs can be watched in full HD, while DVDs can be instantly upscaled to almost HD quality video. The Sony features built-in WiFi for access to streaming sites like Netflix and YouTube, as well as screen mirroring that easily shows smartphone content directly on your big screen. Easy to set up and use, the Sony comes with an HDMI cord, super quick start mode, and has a recently redesigned user interface that is simple to navigate. Users can stream from WiFi or by using the USB hub. 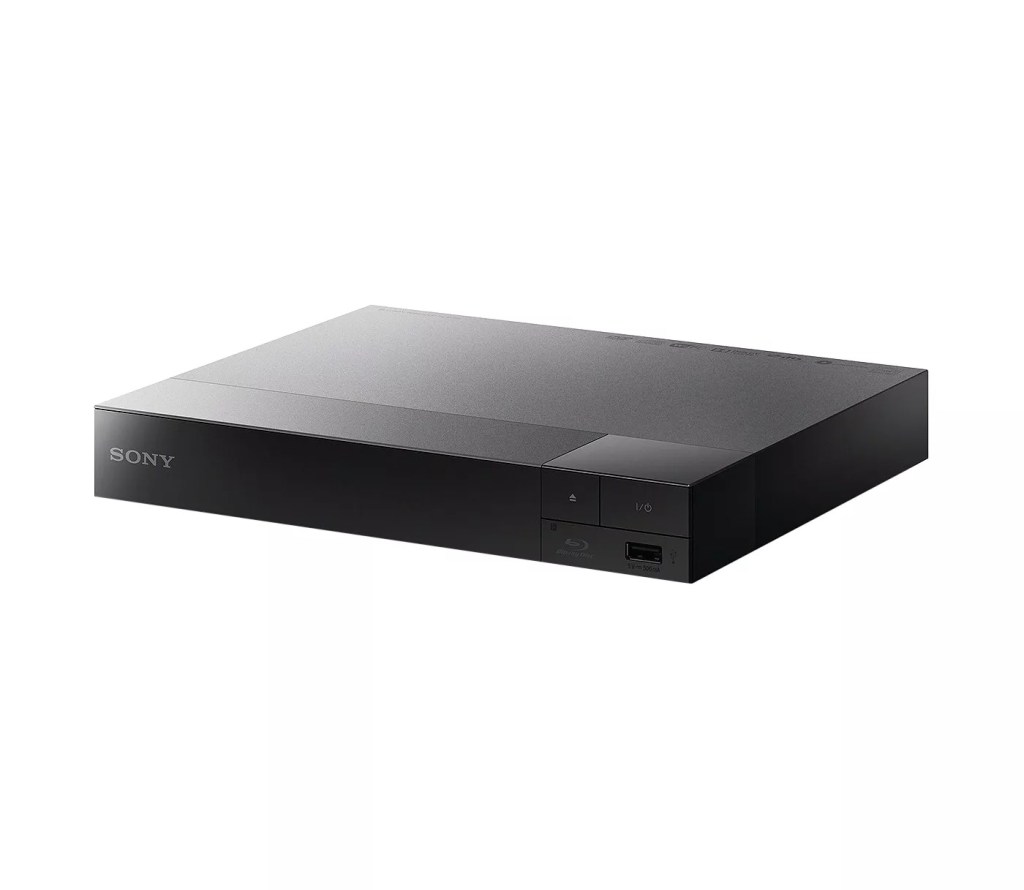 Bring the ultimate movie and sports watching experience directly into your home with the Sony UBP- X700/M 4K Ultra HD Home Theater Streaming Blu-ray Player. The Sony allows users to play their 4K Ultra HD Blu-ray discs in the crisp and clear quality they were meant to be seen in. Even for discs not made with 4K technology, they can still be upscaled to 60p. Ideal for home theatre systems, the Sony features dual HDMI outputs to allow for A/V separation and in turn a clearer sound quality, helping the Blu-ray player double as a sound system. The Sony is compatible with Netflix and includes USB and HDMI connectors, as well as WiFi and Dolby Digital. 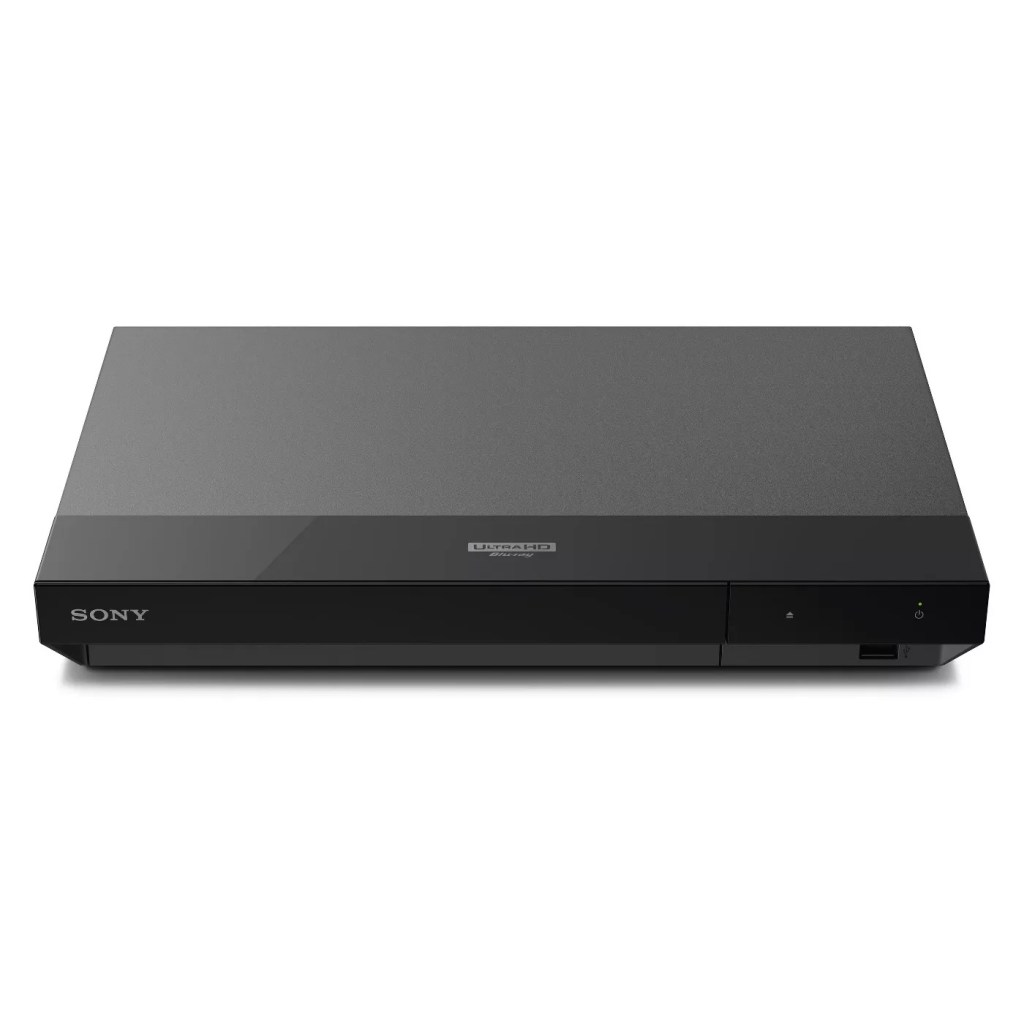 If you’re serious about movies, then it doesn’t get much better than the Panasonic DP-UB9000 4K Ultra HD Blu-Ray Player. The Panasonic 4K PRO HDR model Ultra HD Blu-ray Player features an HCX Processor for Ultra HD Blu-ray that delivers precise, high definition images for pictures like you’ve never seen before. Blu-ray discs from all regions can be played on the Panasonic, which supports multiple HDR formats, including the latest HDR playback of HDR10+TM dynamic metadata standard, which is also compatible with Dolby Vision and Hybrid Log-Gamma. The Panasonic has been built to ensure noise and vibration are at a minimum and features several analog lines that allow users to connect the unit to their home theatre sound system. 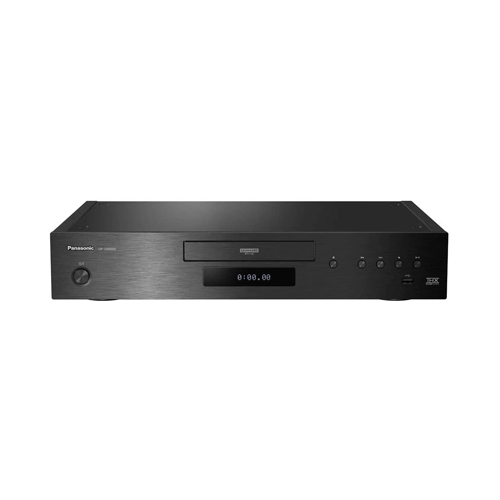 On the other end of the budget spectrum is the Philips Blu-Ray and DVD Player. This reliable player delivers Full HD 1080P viewing for Blu-ray discs and upscales DVDs to almost HD quality. Industry-standard 1080p at 24 frames per second ensures that discs are being shown as they were intended. Dolby audio provides a clear soundtrack, while the HDMI CEC devices can all be controlled using EasyLink and one remote. CDs and USBs can also be played through the Philips, although users will have to purchase an HDMI cable separately. 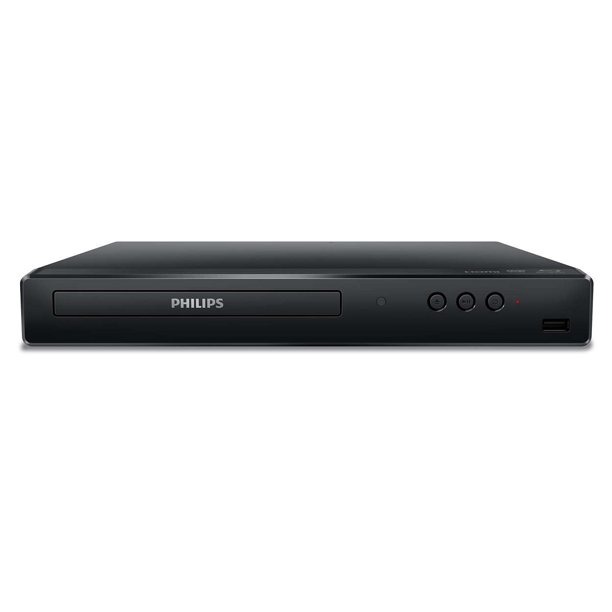 The Best Blu-ray Players For Your Home Entertainment Set-Up