* If you’re a Jessica Jones, Iron Man or Black Panther fan, you need to be reading this series
* The search for Tony Stark continues in long-running Invincible Iron Man comic
* Possibly the most relatable, grounded story yet about someone in a flying metal suit

If Black Panther has inspired a search for more woke, inclusive and empowering takes on the superhero form, check out the current run of Marvel’s Invincible Iron Man. Not only does this series radicalize the whole Iron Man/Tony Stark franchise — taking us away from the increasingly non-relatable echelons of billionaire Avengers backers, ubiquitous AI personal assistants and complex feuds with other Marvel super teams that can make the long-running series daunting for new readers — it also adds a whole new dimension, and gender, to the whole “man in a flying metal suit” thing. 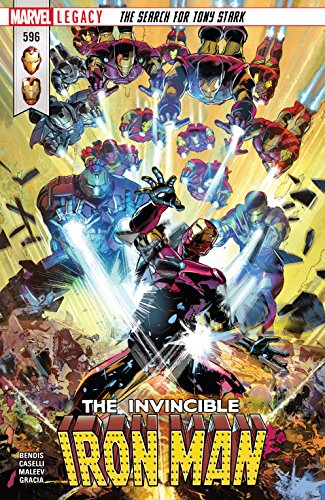 It’s a stark contrast (no pun intended) from the gleaming towers of prior Iron Man comics to the streets of Chicago’s south side. But just wait until you see who’s finally putting the (Fe)male in the iron suit this time. Riri Williams might be a young genius inventor who gets into fighting crime in the time-honored Marvel tradition, but her story brings with it an intersectionality never before seen in an Iron Man book.

In the wake of tragedy, young Riri discovers a holographic message from what might be Tony Stark himself offering a mysterious chance for this mecha-clad femme to prove her mettle (sorry) among legendary heroes. Of course, it’s never easy to be the self-made outsider, even in the Marvel Universe. Especially when an old white guy by the name of Doctor Doom is involved.

Purchase a copy of the comic on Amazon, and get it for your Kindle. Your purchase also lets you read this title for free on the comiXology app or on comiXology.com, Amazon’s premier digital comic reading experience.

The 10 Best Gifts For Marvel Fans